Details on the character classes, missions, map and more for the 4v1 multiplayer title

I hope you are sharpening your hunting skills for the upcoming Predator: Hunting Grounds Trial Weekend* starting 27th March.

Here at IllFonic, we wanted to give you a preview of what you can expect this weekend where you will get to immerse yourself into the Predator universe as either the Predator or a member of an elite 4-person Fireteam. Each with their own set of weapons, abilities and tactics to survive. Whether you’re playing on your PS4 or PC during the trial this weekend, you will be spending time in one of our multiple maps, called Overgrowth.

Nestled deep in the South American mountains lies Overgrowth. As you enter the map you will feel the claustrophobic environment of the dense jungle. It will make you feel a bit lost as you try to make your way on the jungle ground or up in the trees, depending on which character you are playing as.

This hot, remote jungle location harbours a significant presence of hostile guerrilla forces and operatives from the rogue Project Stargazer, a former government program now attempting to gain financially from discovering alien tech. Both Fireteam and Predator players will have to contend against these dangerous enemies while facing each other. 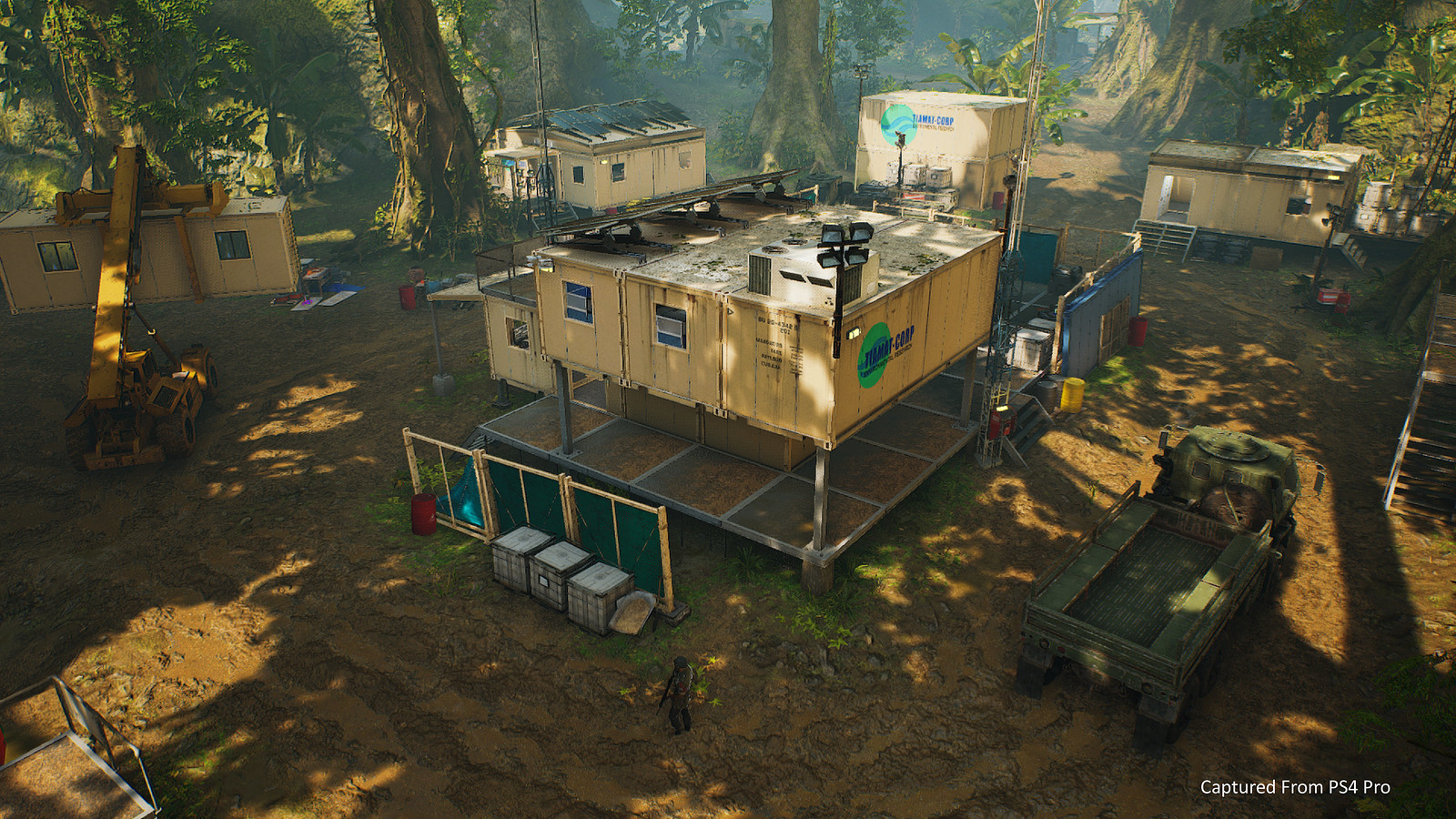 The occupation of this hidden valley has uncovered a wealth of hidden ancient ruins surrounding a winding river. Something about this location seems to allow temperatures to climb higher than just about anywhere else in these mountains…a perfect place for the Predator to hunt.

Team up against the Predator

If you choose to play as a member of the Fireteam, know this isn’t your average group of soldiers. This group is elite and extremely deadly. While taking on the Predator one on one is very difficult, as a group you can work together to turn the tables on the hunter, or to complete the mission and escape. Each time you enter the jungle, one of a number of missions is randomly selected to present a constantly shifting gameplay experience. Each mission consists of multiple smaller objectives that must be completed in order to get to the chopper. 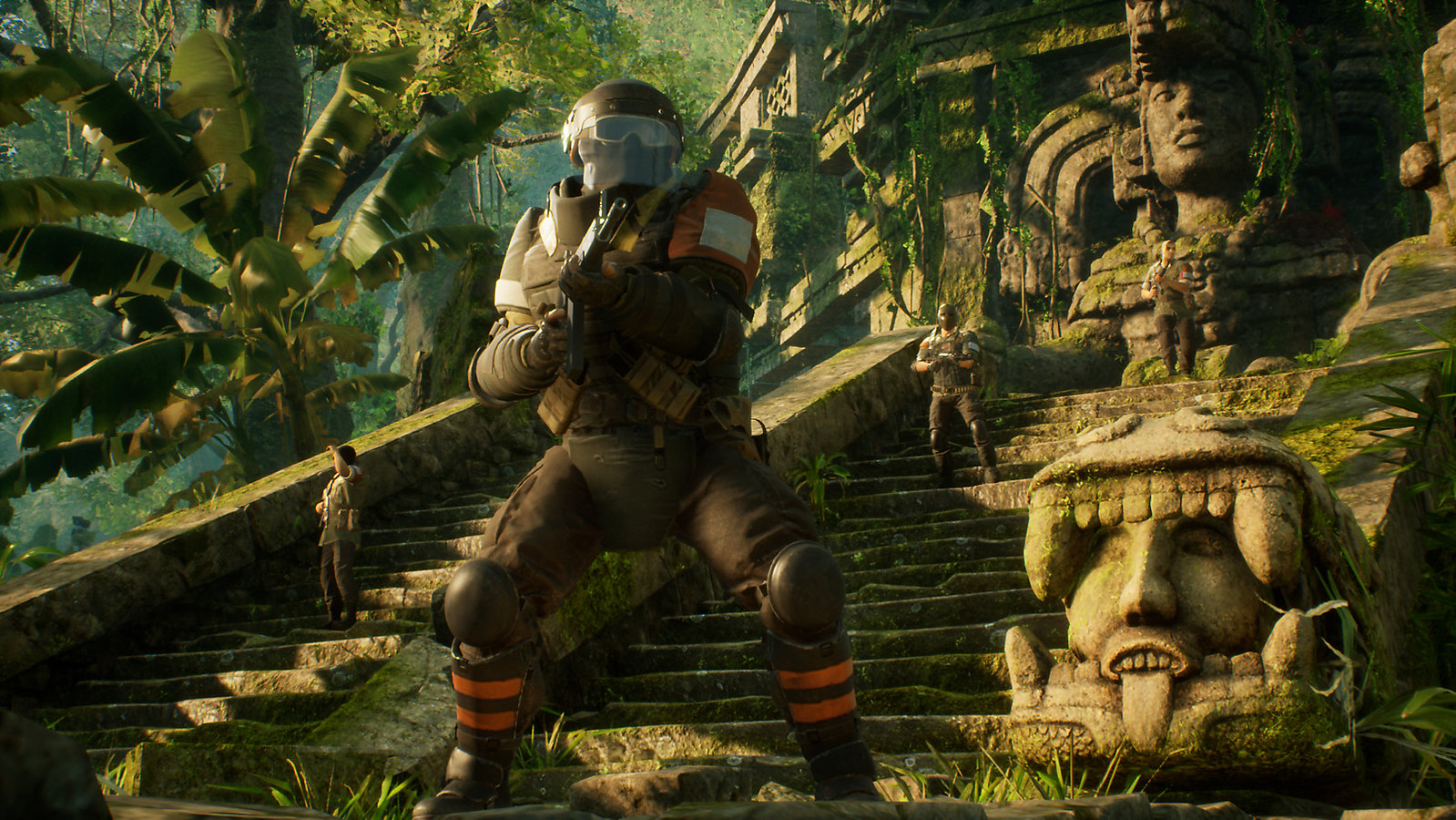 In one mission, you and your team are asked to cut off fuel to the local guerrillas, who are buying massive fuel shipments from an elusive black market contact. You’re being sent in to find the fuel stores and destroy them, disrupting operations in the area for the foreseeable future. Once the fuel has been dealt with, you will need to find the black market operative and take them off the board. In addition to this mission, and hunting the Predator if you choose, you could be asked to accomplish multiple other random missions like sabotage an expensive solar array in enemy camps, destroy dangerous weapon stores, set fire to narcotics, clean up contaminated water sources, and many more.

There are four Fireteam classes in Predator: Hunting Grounds, and during this trial weekend we will be showcasing three: Assault, Scout and Support. The Assault class is a well-rounded specialist with an affinity for leading the mission. If staying light on your feet is important, choose Scout, a quick, agile soldier that can cover the combat areas at great speed. Lastly, you can choose to play as Support, this is the Fireteam member they call in to really soak up the damage with their extra health and damage resistance. In addition to choosing your Fireteam class, you can choose from a wide range of weapons providing different tactical options. During the trial weekend, you can choose from a selection from each weapon type category, eg. shotgun, assault rifle, sniper, etc. 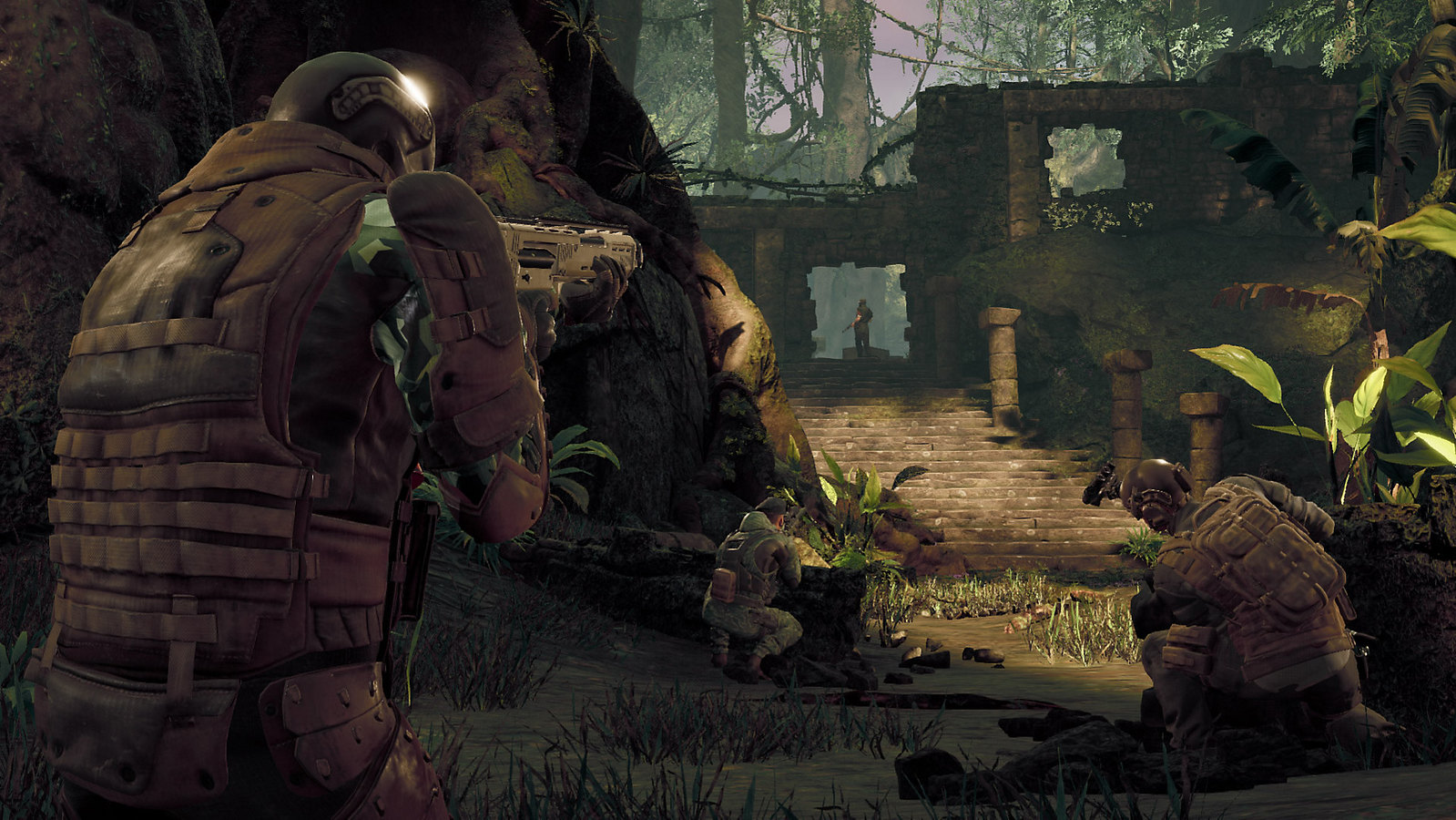 As you level up weapons in-game you will be able to unlock upgrades like scopes, magazines, and suppressors to improve their efficiency. While you are playing over the trial weekend, keep in mind that as a member of the Fireteam there are perks, medkits, ammo bags, and other tools available to you. These tools will prove useful while in the midst of battles with the enemy AI forces, and the Predator who is somewhere hunting you!

Hunt as the Predator

Now, if you decide you want to jump into the jungle as the Predator, there is a lot happening for you in-game as well. You are the hunter, but do not forget you can be hunted too. Your mission in our game is to hunt for the best trophies. And by trophies, I mean the skulls of your prey. You want to take out the best of the best. 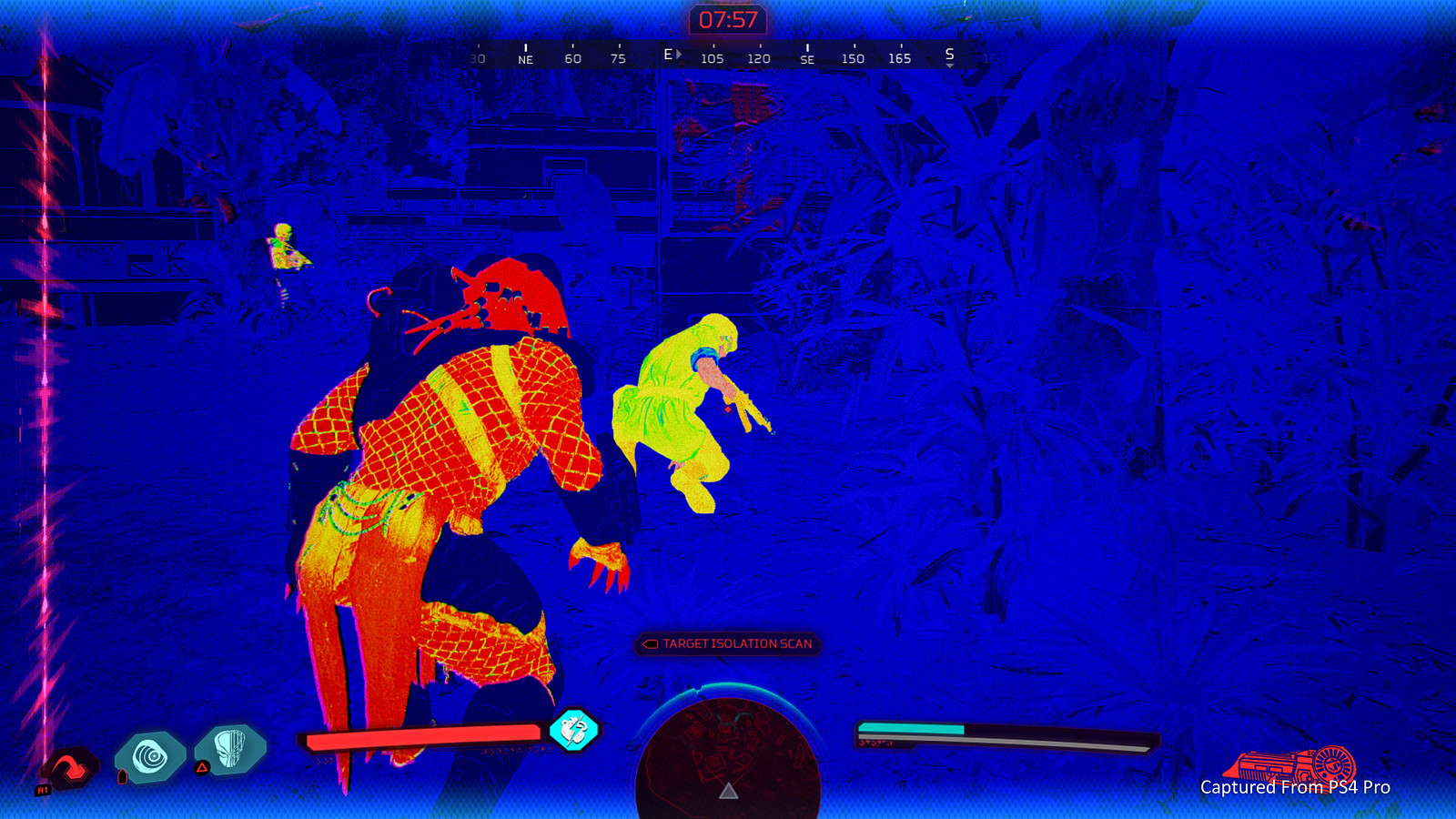 In Predator: Hunting Grounds there are three classes of Predator: Hunter, Berserker, and Scout. Every class of Predator has its strengths and weaknesses. During the trial weekend, you will be able to navigate across treetops as the Hunter class. This Predator class is well-balanced and an adaptive warrior capable of taking on a number of situations with ease. Players will be able to choose between the Female and Male Hunter and even select different armour to customize their own look. 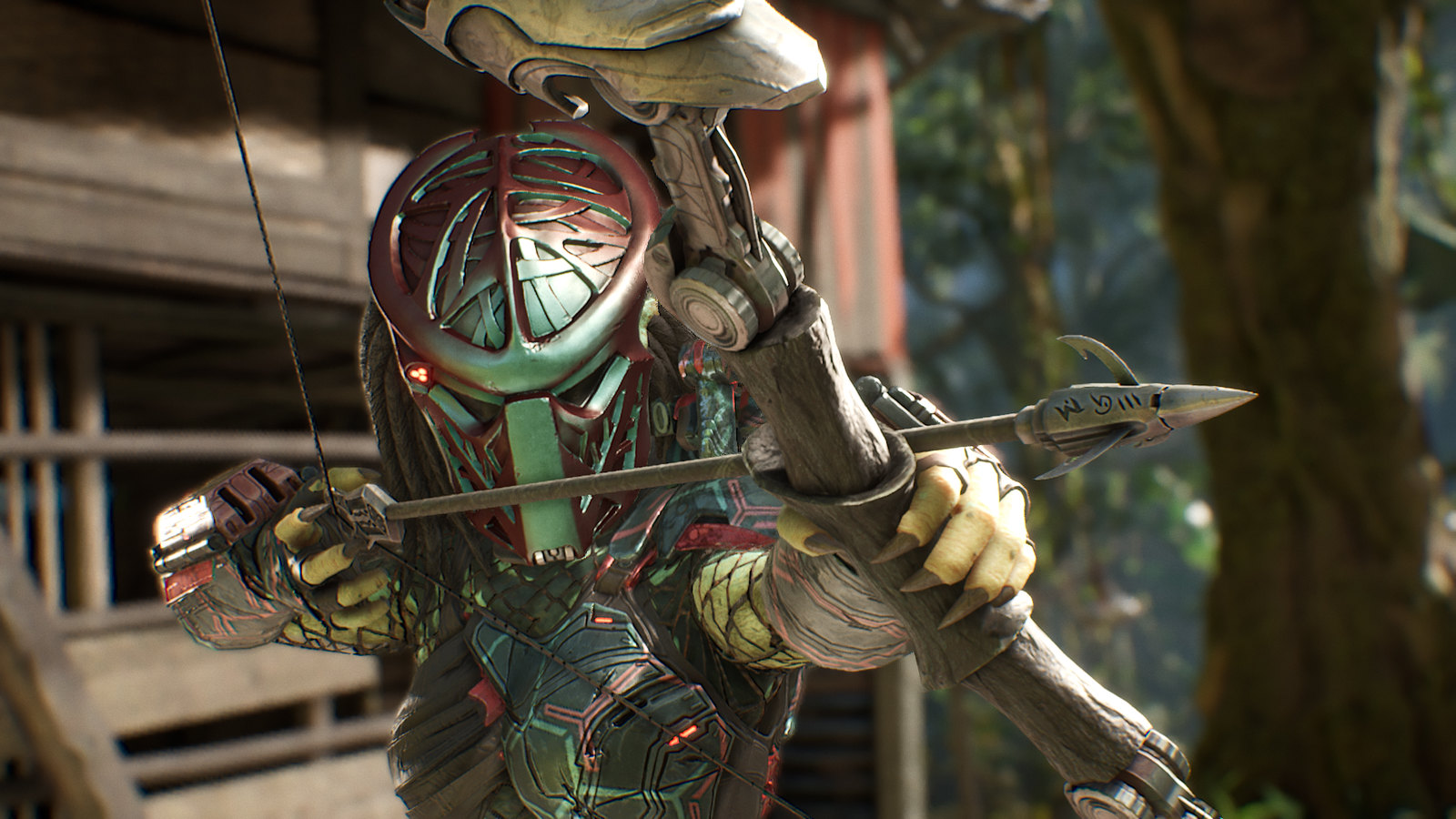 As the deadliest hunter in the universe, you have access to a plethora of off-world tech and weaponry. The classic arsenal will be the foundation of each Predator loadout. The Plasma Caster for ranged combat, the wrist blades for close encounters, infrared vision mode to track down your prey, and advanced cloaking for staying stealthy. Other weapons, perks, and gear will be available for unlock as players level up, such as the Smart Disc, Combistick, and more. 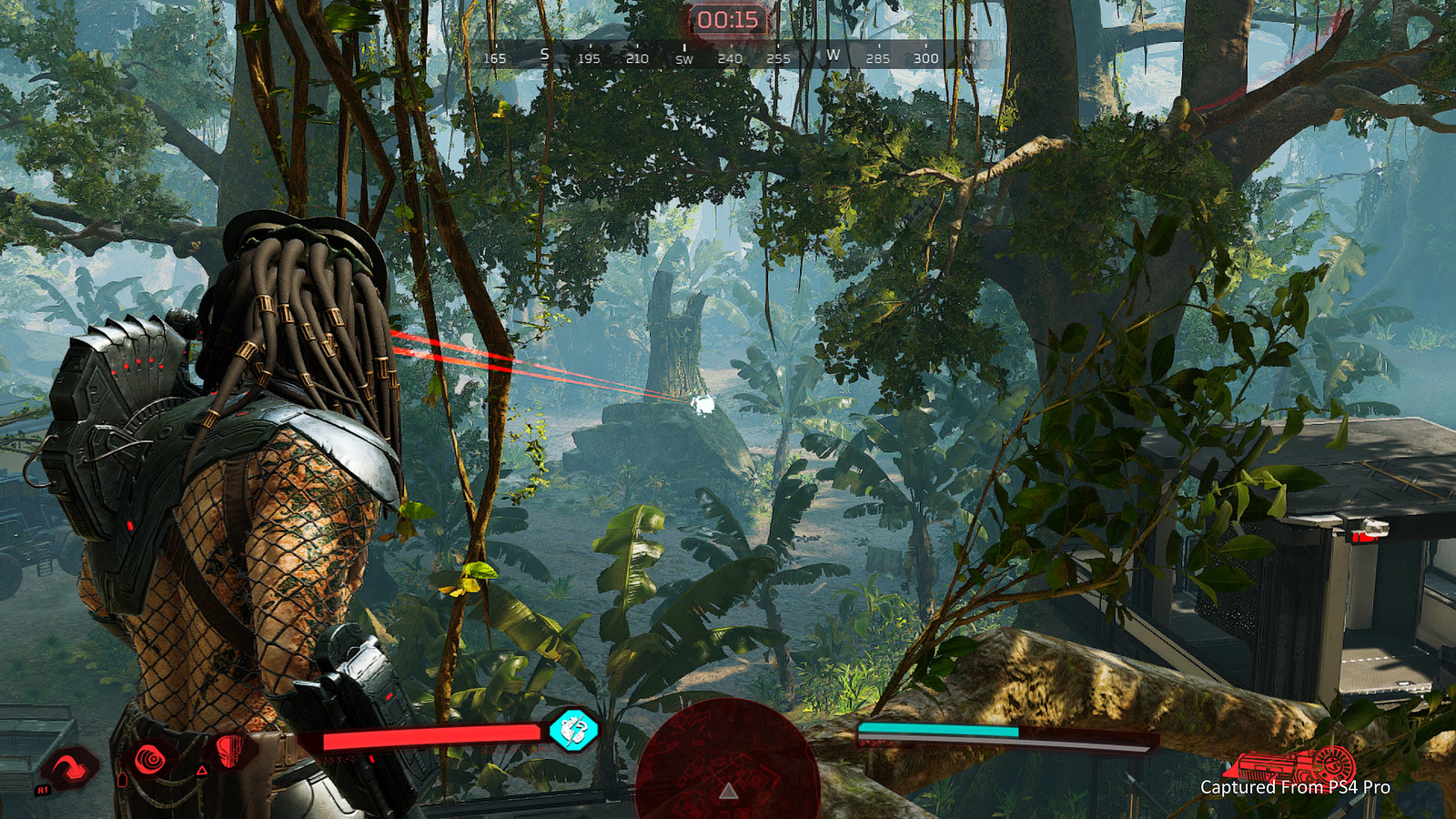 And, not to worry, if the Fireteam bands together and gives you a run for your money, you have one last chance to end their efforts, by using your self-destruct.

Now that you know what to expect this weekend, we hope you make some time to hunt with us! The trial will be available to download this Friday in Japan at 3pm JST, in Europe at 4pm GMT, and in North America at 5pm PST.

We’ll be sharing some tips and tricks here soon so be on the lookout!

* You’ll need an internet connection and PS Plus subscription to play on PS4. PS Plus is a paid-for ongoing subscription and a recurring fee will be charged automatically at the frequency chosen by the consumer at purchase until cancelled.

Apple Arcade’s South of the Circle redefines the adventure game

The Sounds of Boletaria: Grunts, Screams and Wails

Black Friday 2020: the best deals you can already pick up ahead of November 27

Protests in Naples over possible lockdown