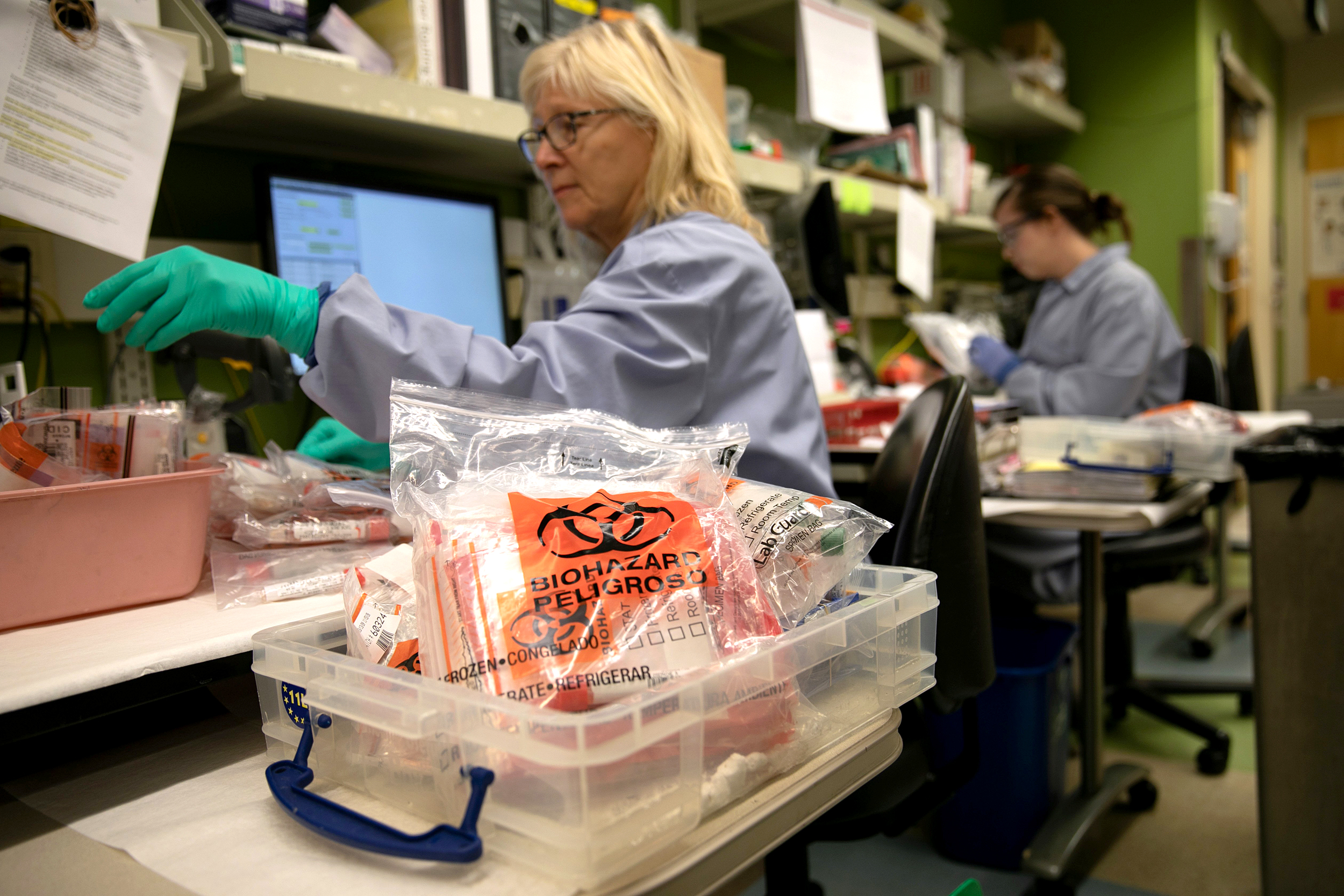 While the White House has stood by President Donald Trump’s frequent use of the phrase “Chinese virus” in reference to COVID-19 — citing the previous names of illnesses like “West Nile Virus” as justification — experts say the argument just doesn’t hold up.

Critics said we must “learn from the past” in handling viruses, slamming the White House’s tweet on Wednesday citing” “Spanish Flu. West Nile Virus. Zika. Ebola. All named for places.”

“Before the media’s fake outrage, even CNN called it ‘Chinese Coronavirus,'” the tweet read. “Those trying to divide us must stop rooting for America to fail and give Americans real info they need to get through the crisis.”

Before the media’s fake outrage, even CNN called it “Chinese Coronavirus.”

Those trying to divide us must stop rooting for America to fail and give Americans real info they need to get through the crisis.

John C. Yang, president and executive director of Asian Americans Advancing Justice | AAJC, told NBC News that while people have used those terms in the past, society has progressed. Practices that were implemented in the past have changed with more education and awareness, he said.

Yang cited how, at one point, hurricanes were named only for women. From about 1953 to 1978, traditionally female names chosen from lists put together by the National Hurricane Center were chosen for storms. Roxcy Bolton, a feminist who famously referred to storms as the “himmicane,” fought to end the practice as she and other feminists saw the harmful rhetoric that came out of the practice.

When reporting on Hurricane Camille, which devastated the Gulf coast in 1969, broadcasters would often joke that the storm’s movement showed it was “no lady” and that “she can’t make up her mind,” according to The Lily. Male names were incorporated in 1979, but not before Bolton endured backlash in the press for her work, with outlets at the time describing her as a “stormy woman,” history professor and author Liz Skilton told The Lily.

“We recognize now that that was silly,” Yang said.

Moreover, the practice of naming illnesses after locations or ethnicities has historically been accompanied by racial, ethnic or national stigma, said Catherine Ceniza Choy, a professor of ethnic studies at the University of California, Berkeley.

“History illuminates that during times of epidemics, this racialized stigma creates a simplistic blame game with violent consequences,” Choy said.

Even naming the 2009 pandemic “swine flu created presented devastating effects for certain economic sectors. At the time, the Centers for Disease Control and Prevention, which has renamed the illness H1N1, said lab tests initially showed that the virus was similar to influenza viruses known to circulate in pigs. While evidence did not reveal a link between eating pork and the spread of the flu, the name posed an issue for pork farmers, who witnessed a decline in sales due because of the virus. Several countries, including China, Russia and Ukraine, even banned pork imports from Mexico, where the virus was suspected of killing more than 150 people.

In understanding the implications previous naming practices have had, the World Health Organization itself revised its own conventions, even warning media and scientists to do so, as well, in 2015.

“In recent years, several new human infectious diseases have emerged. The use of names such as ‘swine flu’ and ‘Middle East Respiratory Syndrome’ has had unintended negative impacts by stigmatizing certain communities or economic sectors,” said Dr. Keiji Fukuda, who was the assistant director-general for health security at the WHO at the time.

He added that while naming may seem like a “trivial issue” to some, the matter does have serious consequences.

“We’ve seen certain disease names provoke a backlash against members of particular religious or ethnic communities, create unjustified barriers to travel, commerce and trade, and trigger needless slaughtering of food animals,” he said. “This can have serious consequences for peoples’ lives and livelihoods.”

Already, Asian Americans have confronted discrimination and physical violence as a result of coronavirus-related racism. A 23-year-old woman in New York City was hospitalized after another woman was alleged to have been punched her in the face as her attackers invoked anti-Asian slurs. In California, an Asian teen was sent to the emergency room after he was bullied and assaulted because of fears surrounding the coronavirus.

Tying ethnicity to the virus has uniquely harmful historical implications for those of Chinese descent. The association between disease and people from China was popularized in the late 19th century “in a historical context of increasing socioeconomic inequality, white supremacy and xenophobia against people who looked different,” Choy said.

“The racial scapegoating of Chinese as dirty and diseased incited violence against them and justified their exclusion,” she said.

During that time, Chinese labor workers were often forced to live in cramped and unsanitary conditions, which led to outbreaks. Local residents would associate disease with the laborers, perpetuating the idea that Chinese people were racially inferior, Slate pointed out. White labor unions later weaponized the stereotype to advocate for a ban on Chinese labor immigration, arguing that Chinese diseases were more dangerous than “white” ones.

Yang added that “there is scientifically and medically nothing ‘Chinese’ about this virus.”

“‘Chinese’ adds nothing to our understanding of this virus and how to stop its spread,” he said. “It only fosters division.”

Yang recommended that people use the WHO’s guidance on naming, as it’s “not just a name.”

“It’s how it causes people to think and act based on what is being perpetuated by individuals,” he said.

Climate change: Arctic Circle teens call for help to save their homes