(Bloomberg) — On an April day last year, as war raged around Tripoli, two Russian operatives set out from the Libyan capital to meet the man they hoped to install as leader.

Saif Al-Islam Qaddafi, the son and heir apparent of deposed dictator Colonel Moammar Al Qaddafi, had been holed up in an area around the Zintan plateau ever since his father was killed in a 2011 rebellion. A fugitive from the International Criminal Court, he was planning to claim what he saw as his rightful place.

Along came Maxim Shugaley, a veteran Saint Petersburg elections consultant, and his translator and colleague, Samir Seifan, with an offer to help make that happen. Russian polling showed that after years of civil war, nostalgia for the old regime was strong: Saif Al-Islam was among Libya’s most popular politicians.

This account of their meetings is based on notes taken by the Russians and seen by Bloomberg News after they were arrested in Tripoli. Some records of Russian involvement in Libya were separately published by The Daily Beast in collaboration with the Dossier Center and Russian news site Proekt. Those seen by Bloomberg contain information that has not previously been revealed about interactions with Saif Al-Islam, now 47.

The documents shed light on Russia’s apparent efforts to build influence in the oil-rich North African state at a time of U.S. disengagement.

The April get-together was the Russians’ last of at least three meetings with Qaddafi’s son that year, according to Libyan officials, and he was brimming with plans. Saif Al-Islam wanted them to pass a message to Moscow that he had compromising material on Western politicians showing they’d received campaign contributions from his family. He proposed that together they “think about how this information could be used,” one of the Russians noted in a memo at the time.

But the consultants weren’t there to discuss “kompromat,” a term for damaging material about a person that could be used for blackmail, extortion or public embarrassment. They had bigger things in mind.

Libya, which has Africa’s largest oil reserves, has been all but ungovernable since a violent NATO-backed rebellion led to the killing of Qaddafi, who ruled the country for more than 40 years, enjoying warm relations with Moscow even as the West wavered between engaging and isolating the erratic dictator.

Almost eight years on from his ouster, the Russian consultants had been dispatched to plan the return of the Qaddafi regime.

The Kremlin had long thought about how it could maneuver its way back into Libya. Qaddafi’s downfall sidelined Moscow, leaving Italy, France and regional powers seeking the spoils while rival Libyan factions fought one civil war after another.

Moscow’s official line is that it works with all parties in Libya. Initially, Russia’s government kept contacts with both sides of the civil war while promoting Saif Al-Islam as a future president. By September of last year, however, Russia shifted to flat-out support for Khalifa Haftar, a rebel strongman who controls the east of the country, despite misgivings about his past connections to the U.S. and legendary unpredictability.

Russia’s Defense Ministry had maintained connections with Haftar for years, even hosting him aboard a Russian aircraft carrier off the Libyan coast in 2017. But different actors close to power in Russia have their own ideas of whom to back and how to support them.

Yevgeny Prigozhin, an insider also known as “Putin’s chef,” reckoned Saif Al-Islam could be a good bet for an investment in the country, according to three people familiar with his thinking. That was despite war-crimes charges against Saif Al-Islam and the fact he was in hiding.

A former restaurateur who found favor with President Vladimir Putin, Prigozhin branched out from catering into the mercenary business; he’s best known as boss of the Wagner private security company, which has sent fighters and political consultants to Ukraine, Syria and Libya, among other hotspots.

In 2018, he was indicted by a grand jury in the U.S. for his companies’ alleged role in trying to sway the 2016 presidential election. Prosecutors have now dropped the charges against Prigozhin’s company, Concord Management and Consulting LLC, although the allegations against him remain. Prigozhin has not entered a plea. Concord didn’t respond to requests for comment on Prigozhin’s alleged Libyan engagements. However, in a March 17 statement, Prigozhin said the dropped charges showed that the U.S. government “feared publicity and just court proceedings” and the allegations were “mendacious and false.”

As Bloomberg reported last year, digital documents collected from Shugaley and Seifan after their arrest linked them to a so-called troll farm, or digital propaganda and disinformation company, connected to Prigozhin. They also showed the company had been in touch with Saif Al-Islam.

“Saif Al-Islam is Prigozhin’s project,” said Kirill Semenov, a Libya expert at the Kremlin-funded Russian International Affairs Council. But others in the Kremlin had doubts about him, he said.

By the start of 2019, Libya had been divided between a United Nations-recognized but weak government led by Prime Minister Fayez al-Sarraj in the West including Tripoli, while field marshal Haftar held sway in the east and the south. In April, Haftar decided to seize the capital.

Haftar’s offensive on Tripoli faltered despite backing from the U.A.E., dragging the warring sides into a stalemate in the city’s suburbs. Wagner dispatched more than 1,400 mercenaries, but the move ultimately backfired because the desperate government in Tripoli turned to Turkey for military help, altering the balance of power in the conflict.

Haftar’s spokesman Ahmed Al-Mismari has denied that Russian mercenaries are fighting alongside his forces, but acknowledged there were Russian teams deployed to the east to help with maintenance of aircraft and weapons. Putin has publicly distanced himself from the mercenaries, saying that even if they were in Libya, they had nothing to do with the Russian government. A spokesman for the Kremlin didn’t respond to a request for comment. Haftar’s spokesman didn’t respond either.

Moscow’s strategy of betting on multiple horses in Libya has hit headwinds before. In late 2018, Russia facilitated a phone call between the field marshal and Saif Al-Islam to try and get them on the same page, according to three people familiar with the conversation. It didn’t go well.

In his meetings with the Russian consultants, Qaddafi’s son made no secret of his contempt for Haftar.

“Eighty percent of those fighting on the side of Haftar are my people,” he told them, according to the Russians’ records of the meetings. “When he takes over Tripoli, the people he considers his own will change sides. I know he wants to kill me, but he won’t be able to make that happen.”

Saif Al-Islam predicted that elections would eventually take place whether or not Haftar won the war—and that he and not Haftar would come out on top. But first, he also sought some Russian assistance, according to the notes seen by Bloomberg.

At one meeting, they discussed training consultants in neighboring Tunisia, and building up a group of “specialists” who would distribute messages over social media. “He’s very interested in counter-propaganda,” the Russians noted.

They presented him with a slide show, entitled, “Saif Qaddafi. Revival of Libya. Strategy.” It laid out steps for him to either become a candidate or support a leader in exchange for a role in a new government. The Russian plan including organizing a “flash mob” of the Libyan community in The Hague. The slogan: “Safe with Saif.”

The Hague is home to the International Criminal Court, which issued warrants for Saif Al-Islam and his father in 2011 for crimes against humanity including murder and persecution. Libya challenged the admissibility of the case against Saif Al-Islam, which the court rejected in 2013. In 2015, in a trial of former regime officials, a Tripoli court sentenced Saif Al-Islam to death in absentia. Hours later, lawmakers for the UN-backed government in Libya passed an amnesty for some crimes committed after the uprising.

At their final meeting in April as covered in the notes, Saif Al-Islam promised to provide a list of military commanders loyal to him, and to make arrangements to receive personnel from what the Russians described in the memo as “our Sudanese company,” according to the files seized by the Libyans.

Shugaley and Seifan headed back to their Tripoli apartment, and were arrested soon after. A third Russian, Alexander Prokofiev, attended one of the meetings with Saif Al-Islam, according to the notes seized by prosecutors, but left the country before the others were arrested. In a phone interview, Prokofiev said he and the others were in Libya to conduct political research, and denied they acted as consultants to Qaddafi’s son. “These are all far-fetched theories,” he said. Saif Al-Islam was just “one of our respondents.”

Prokofiev denied any links to Prigozhin, saying he worked for the Foundation for the Defense of National Values. The Moscow-based organization is headed by Alexander Malkevich, a former editor-in-chief of the USA Really news website, which is part of a media group that the U.S. linked to Prigozhin in its sanctions designation. Malkevich has also been targeted for U.S. sanctions for alleged involvement in elections interference.

In a statement, Malkevich’s Moscow-based organization said it had employed the two consultants in Libya but denied they were there to meddle in elections. The group made public its research, including opinion polls showing Haftar and Saif Al-Islam as Libya’s two most popular potential politicians, without mentioning consultancy work for Saif Al-Islam.

An aide to Saif Al-Islam confirmed he had met with the Russian consultants. He wanted good relations with Western countries too, but the Russians offered their help first, the aide said.

The two Russians are being held in a prison at Tripoli’s Mitiga airport, which also houses former senior regime officials and Islamist militants. The duo are accused of espionage and seeking to interfere in future elections. When contacted by Bloomberg, a lawyer for the detainees declined to comment.

Russia has privately campaigned for their release. Deputy Foreign Minister Mikhail Bogdanov has raised the issue with Libyan leaders, so far without success, according to people familiar with the matter.

Malkevich took out an ad in the Washington Post demanding the Russians’ freedom. The newspaper subsequently took down the ad and refunded his organization to avoid a possible violation of sanctions, which were imposed in Dec. 2018 and generally prohibit U.S. persons from doing business with him. 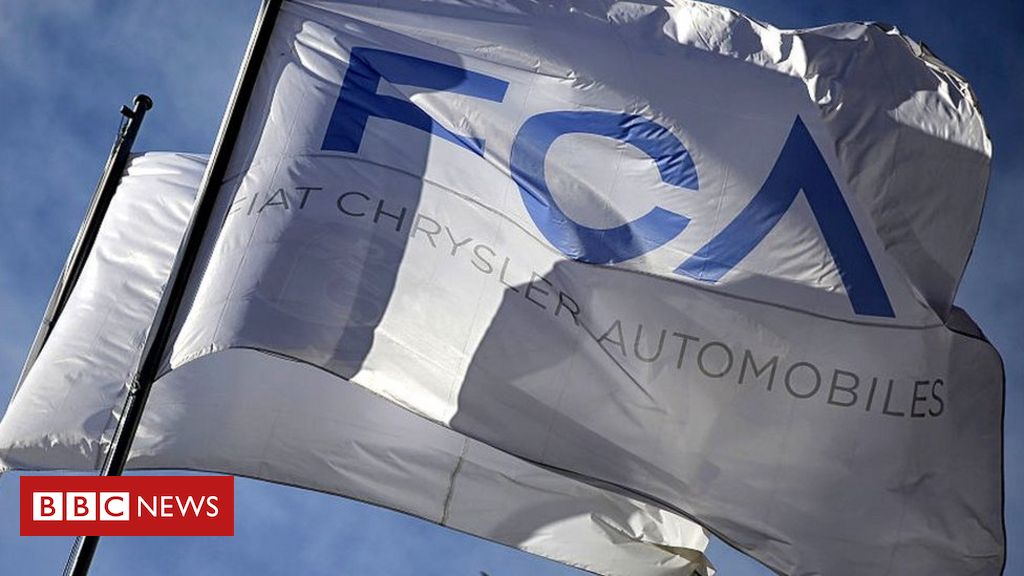 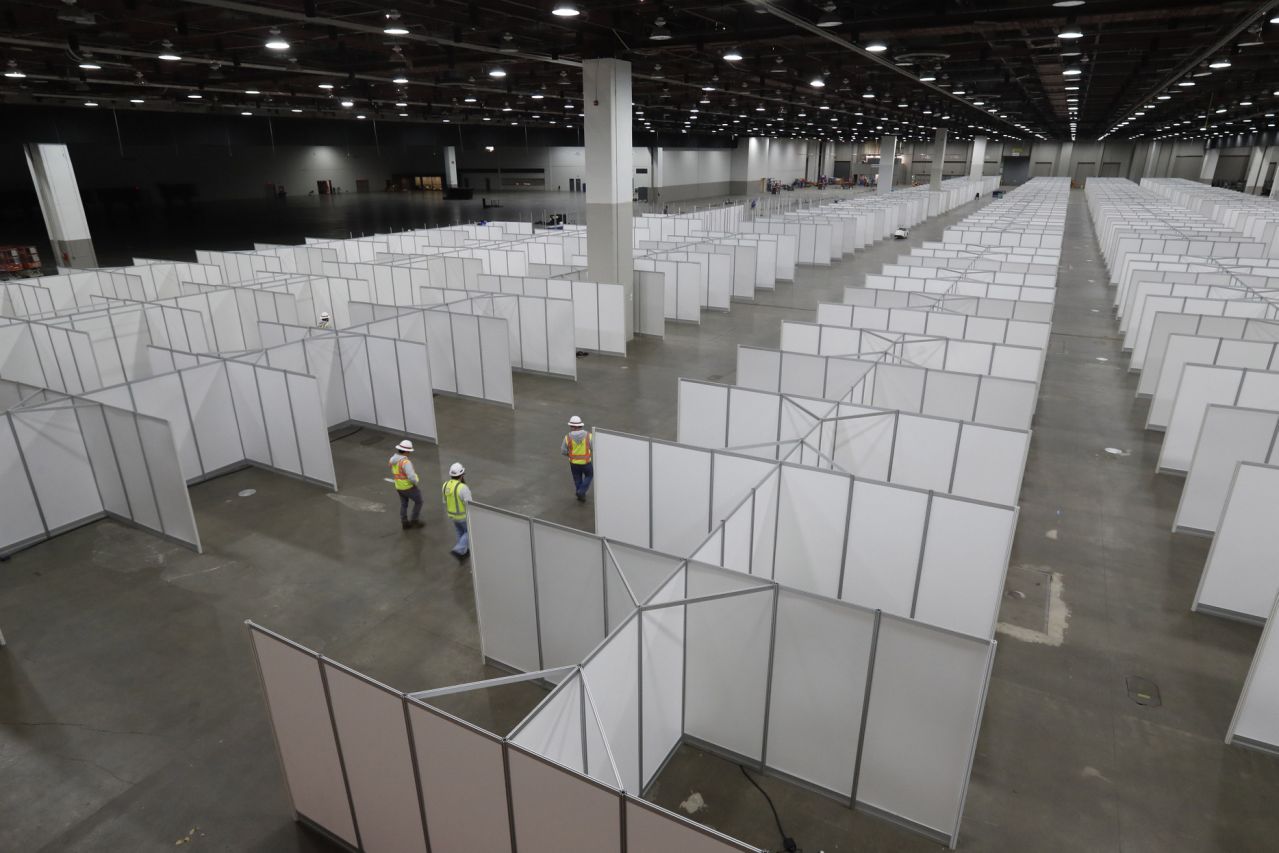 In the decade before Michigan and its largest city became the latest hot spot for the deadly coronavirus, officials were steadily, and […] 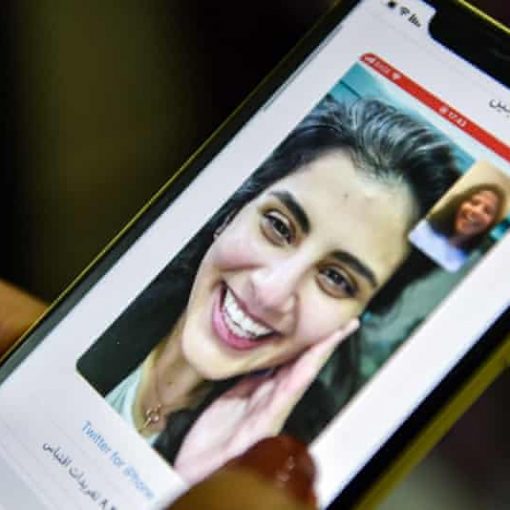 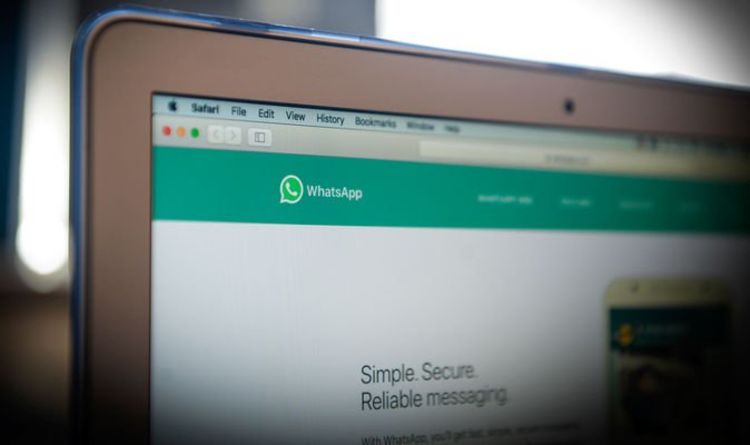 WhatsApp is the popular app used around the world for connecting with contacts for free. WhatsApp is best known as a mobile […]