Skip to content
Ten years later, the Swiss legend is still going strong and second favorite to clinch a record-extending ninth title at the All England Club when the tournament begins next week.

The 37-year-old Federer may well be the best men’s player of all time with a record 20 grand slam victories (and 10 runner-up spots), but his aura and popularity add up to far more than the sum of his titles.

Perhaps it has to do with his longevity and elegant playing style. But according to Roddick, that moment behind closed doors, shortly after going down 16-14 in the fifth set of an epic final, speaks volumes for the man himself.

“It’s not like separate locker rooms or anything else, so I walked in and I was pretty devastated,” Roddick told CNN Sport. “I was in disbelief and shock and a lot of emotions, and his team comes in.

“They should have been celebrating. Absolutely. I saw him out of the corner of my eye, he kind of gave them one of these ‘Be quiet’ (signs) and point to me and they walked out and went about their business in another part of the All England Club.

“I thought that was considerate. I thought it was probably unnecessary given that’s a whole life of work. But it was kind of a microcosm of maybe the way he thinks a little bit.”

Despite making three finals, Roddick never did win that Wimbledon title to add to his 2003 US Open crown, but the American — whose serve was as quick as his wit — kept in touch with Federer after quitting tennis at the US Open in 2012.

Federer attended a fundraiser for Roddick’s foundation in Austin, Texas last September — sandwiched between the US Open and Laver Cup — and the way the American remembers it, showed little pretention.

This from one of the world’s most recognizable names who has pocketed more than $120 million in prize money and landed plenty more in endorsements, not to mention having nearly 13 million followers on Twitter and even more likes on Facebook.

“I mean I don’t know how he has enough hours in the day, but he did,” said Roddick. “Landed, great attitude. He’s very insightful. On the car ride to our events that we were doing, most people would say, ‘Hey, what time am I leaving? I need to have a plane.’

“He goes, ‘What can I do to help the most today? Are there any messages that we need to get across? Is there anything I can ask of your donors?’ He just has that kind of a way of asking great questions and really making the most of time that he gives.”

‘Most superstars are a little bit weird’

Despite his advancing years, in tennis terms, it would surprise no one if Federer added to his grand slam tally before he retires. But his legend will tell of an artist who had all the shots while simultaneously making things look simple much of the time, something the more workmanlike Roddick noted.

“I don’t think he’s naive enough to say, ‘Oh, I’m just another guy playing tennis,'” said Roddick. “He doesn’t think that and he shouldn’t, because he’s not. But I think he understands the power that he has and I think he is inherently a really, really true, honest, good person.

“But my biggest source of jealously is watching him practice, and it’s free and it’s easy. It doesn’t seem like there’s a lot of stress the day before a slam. He’s still saying hello to everyone in between points and he’s able to kind of operate with this ease and calmness.”

Respected coach and ESPN television analyst Darren Cahill said if tickets were sold to Federer’s practice sessions “you could fund the ATP Challenger Tour for 20 years,” referring to the second-tier of tennis’ professional ladder.

Cahill coached Lleyton Hewitt when the feisty baseliner and Federer were climbing the ranks together. He was also good friends with the coach who shaped Federer and his game, Peter Carter, before his fellow Australian died in a car accident while holidaying in South Africa in 2002.

“He’s one of the most normal people I know, and most superstars are always a little bit weird,” Cahill told CNN Sport. “You’ve gotta be a little bit weird to be so self-driven and to go after your dreams and to put so much aside to be able to chase those, but he’s got a way of doing that and being that driven but also being pretty bloody normal.

“I think that’s why so many people react to him in the way they do and can connect with him and I think that’s a big part of his personality.”

Federer contested his first Wimbledon match against Jiri Novak in 1999, losing in five sets to the Czech. He is the lone entrant in the field from back then still playing now.

All these years later Federer continues to flourish, having collected his 10th title at the Wimbledon tuneup of Halle — and 102nd overall — last Sunday. Seven more titles and he will match Jimmy Connors’ men’s record.

Next year’s Olympics in Tokyo are likely to a big target, since the lone silverware missing from his trophy cabinet — which must be the size of a mansion — is an Olympic gold in singles.

Federer has said that when he does eventually retire, he doesn’t want it to be a sad moment. Roddick — who abruptly announced his own retirement — hopes his buddy gets an extended send off.

“I almost feel like the tennis world and the sporting world and just the world kind of deserves to say goodbye to him in each one of these spots,” he said.

“You can’t tell someone how to go about it, but I’m sure a lot of people would appreciate the chance to say goodbye to him.” Unai Emery’s side are still in prime position to make it into the top four spots in the Premier League, with two […] 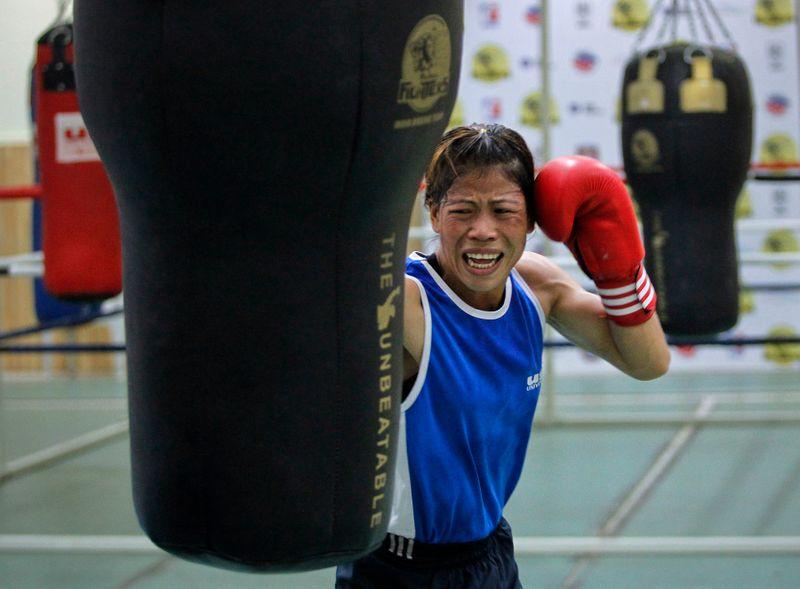 FILE PHOTO – India’s boxer MC Mary Kom punches a bag during a training session at Balewadi Stadium in Pune, about 190 […]

Michael Vick’s career is one of the most fascinating, discomforting episodes in NFL history. Playmaker. Pioneer. Pariah. Famous then infamous. He is […] 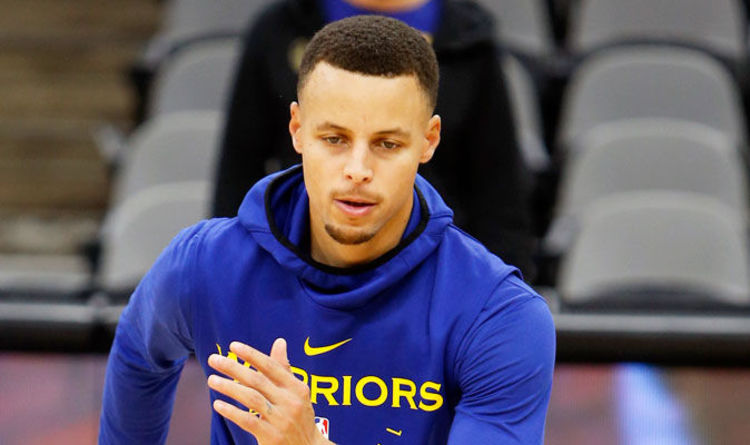 The game pits two of the best teams in the Eastern and Western Conferences respectively in Toronto. The Raptors have won their […]