KABUL, Afghanistan — When the coronavirus began spreading, many Afghans were in denial even after it became an obvious and deadly crisis in neighboring Iran.

Some touted their piety as a shield — they already washed and prayed five times a day. Others, even some officials, joked that the health system had been so bad, the country already so infested with germs and bacteria, that a new invading virus simply could not make it far.

That denial is crumbling now, as the 21st positive case has been announced in the country. Testing remains extremely limited — only roughly 250 tests have been conducted thus far — so Afghan officials and lawmakers fear that the number of infected is much higher in the absence of capacity to detect and slow the spread of the virus.

Most worrying is that Iran has disregarded the Afghan government’s plea to restrict border crossings, with as many as 15,000 people still crossing into Afghanistan daily. All of the 21 confirmed coronavirus cases in Afghanistan involved travelers who had returned from Iran, according to Wahidullah Mayar, a spokesman for the Afghan health ministry.

The virus is spreading at a time of raging war and a political crisis that has stalled governance in Afghanistan. Impoverished, with its health and nutrient systems gutted by the conflict, the country has always been extremely vulnerable.

The first positive case was reported in Herat Province, which shares a large border with Iran and is the main entry point to Afghanistan. Now, six other provinces have also reported cases of the virus, raising fears that infections have spread across the country without containment.

Much of the fear stems from the fact that Afghanistan hasn’t even been able to get the situation in the worst-hit province under control, with medical staff lacking some of the most basic equipment and government officials decrying the continuing flow of people from Iran and the lack of funding.

“We are in a situation where the politicians and even some parts of the government don’t feel how grave the danger is,” Abdul Qayoum Rahimi, Herat’s governor, said on Saturday. “If we don’t start acting, I am afraid there might come a day where we can’t even collect the dead.”

The very prospect of being quarantined seemed to terrify patients. At the Shaidahe Hospital in Herat, 38 patients attacked staff members late Monday, then fled the hospital as police stood by.

Only one of the 38 patients had tested positive for the virus, said Dr. Abdul Hakim Tamana, director of public health for Herat Province. He said that 18 patients remained quarantined at Shaidahe Hospital.

A day earlier, a patient in Balkh Province in northern Afghanistan who had tested positive for the virus fled a hospital in the middle of the night to return home to his family, officials said.

In at least some areas where the Taliban have control, the insurgents have imposed strict measures, said Dr. Marzia Salam Yaftali, the chief doctor at the Kunduz regional hospital.

“The returnees from Iran are forcibly sent to hospitals for checkups and are only allowed to return to the village with written confirmation from hospitals,” Dr. Yaftali said.

In Herat Province, Mr. Rahimi, the governor, lamented the fact that the area still lacked basic funding. The central government, in a meeting chaired by President Ashraf Ghani two weeks ago, announced that it had allocated $25 million for measures to prevent the spread of the virus and that a large share of it would be spent on Herat. But Mr. Rahimi said his province had only received $130,000 — and that sum hadn’t officially hit Herat’s accounts yet.

“We have had to borrow from companies to supply our hospitals,” he said.

In Herat, the doctors at the regional hospital that have dealt with processing the suspected cases said they were simply overwhelmed already. On Sunday, they had no masks until 11 a.m.

“I haven’t gotten close to my own wife and children after I came from work, isolating myself in a room in case I am carrying it since we didn’t have the right equipment,” said one doctor, who spoke on condition of anonymity fearing government retaliation. “When we say we are facing a shortage of equipment and that our staff is low, the officials say you can work or you can resign.”

The virus could also derail efforts to start direct talks between the Afghan government and the Taliban.

That process was already complicated. For weeks now, Zalmay Khalilzad, the U.S. envoy, has been in Kabul to try to work out a compromise over releasing thousands of Taliban prisoners, which the Afghan government has resisted, and getting the divided Afghan factions to agree on a united negotiating team.

The direct negotiations were scheduled to begin on March 10, with Qatar, Norway, and Germany talked about as likely hosts of the talks. Now, between the ongoing political crisis in Kabul and the advent of travel restrictions around the world because of the coronavirus, it is unclear when the talks could start even if the Afghan government side got back on track.

Mr. Ghani’s government had canceled large gatherings before his planned March 9 inauguration out of a fear of spread of the virus, and has continued that ban since. But thousands were invited to the palace for the oath-taking. Mr. Abdullah, a medical doctor who has disputed Mr. Ghani’s victory and declared a parallel government, held his own inauguration next door, which was also attended by thousands.

There were concerns that the American-led military coalition might also be exposed to the virus in Afghanistan.

A U.S. defense official said while any military personnel at risk of flulike symptoms have access to on-base medical care, COVID-19 tests were not available for them in Afghanistan. Samples of anyone with high-risk symptoms would be sent to labs in Germany. A batch of 300 U.S. soldiers who had returned from Afghanistan are being quarantined at Fort Bragg for 14 days, said Lt. Col. Mike Burns, a spokesman for the unit.

The task of distancing is even harder for soldiers amid a raging war. The Taliban is a guerrilla force, spread in small bands of dozens of fighters. But the Afghan Army and police are a regular force distributed in close quarters in bases, barracks, and dining halls of hundreds and thousands. They might be one of the most vulnerable groups, their immune systems weakened by exhaustion and poor diets and hygiene.

Interviews with members of the security forces around the country showed a clear split between what their officers and generals were saying on measures being taken, and what the soldiers were actually seeing. Many senior officials said they had started supplying the barracks with disinfectants, and canceling large gatherings. The soldiers said they hadn’t seen much beyond simple posters on personal hygiene taped in some barracks.

“How can anyone help us on the front lines? My personnel is busy fighting, surrounded by the enemy. God knows they don’t even know that coronavirus is spreading,” said Maj. Gulzar Kohi, who leads the Afghan Army unit in a restive district of northern Baghlan Province.

Major Kohi said his fighters had faced constant fire from the Taliban over several days, with the previous night’s battle, which left two of his men dead, lasting until the early hours of the morning.

“Coronavirus be damned,” said the major, who said he hadn’t slept in two days. “I am busy fighting another virus — the Taliban.”

Mujib Mashal and Najim Rahim reported from Kabul, and Asadullah Timory from Herat. Reporting was contributed by David Zucchino, Fahim Abed, and Fatima Faizi in Kabul; Taimoor Shah in Kandahar and Farooq Jan Mangal in Khost; and Thomas Gibbons-Neff from Washington. 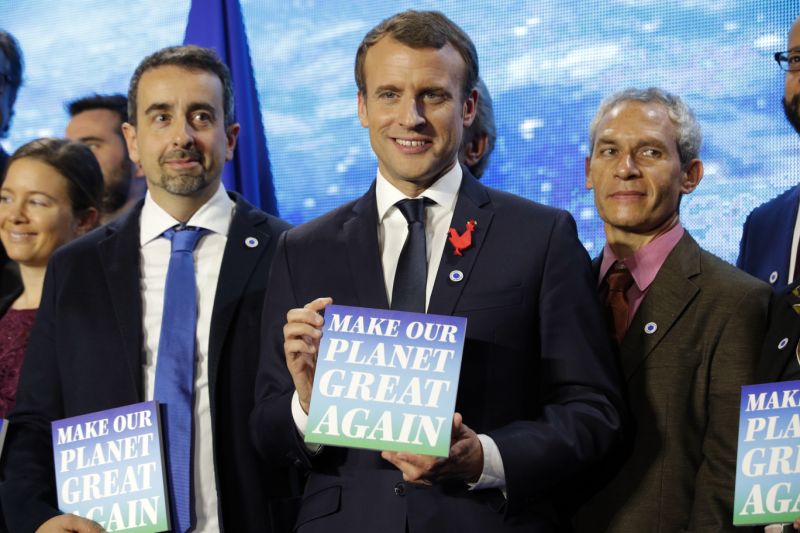 French President Emmanuel Macron, center, attends the “Tech for Planet” event at the “Station F” start up campus ahead of the One […] 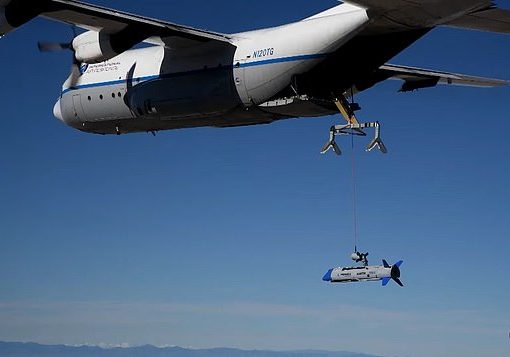 Groundbreaking moment US military plane grabs drone in mid-air like a toy in a claw machine for the first time, bringing Department […] 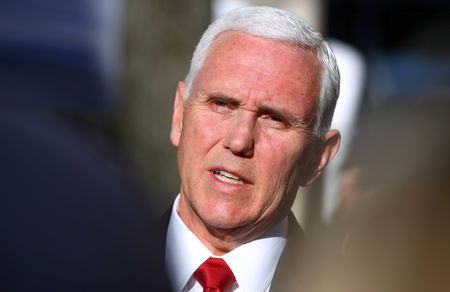 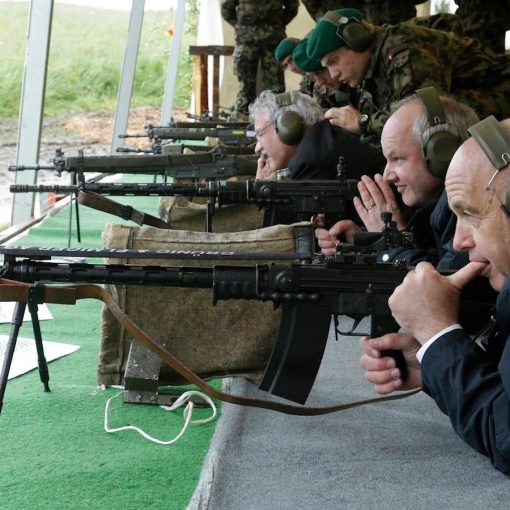 Members of the Swiss federal army’s honor guard in October 2012.REUTERS/Thomas Hodel Switzerland hasn’t had a mass shooting since 2001, when a […]