My first Warzone win was full of highs and lows that I haven’t felt in other battle royale games, where dying can feel like hitting an invisible wall in the middle of a full sprint.

After winning a few early fights in the TV Station, we all died to an enemy ambush and got sent to the Gulag. Amazingly, we all won our 1-on-1 fights and dropped right back into action. From there, we stuck to the shadows and slowly raised funds to call in our favorite custom loadouts. With my tried-and-true M4A1 kitted with a full suite of attachments, I ended with nine kills for a squad total of 20. For as much as Call of Duty: Warzone borrows from the best of its competition, it’s full of smart conveniences that are quickly making it my circle-shrinking murderfest of choice.

A lot of it has to do with Warzone’s relaxed take on looting. Nothing turns me off battle royale more than spending 20 minutes fiddling with weapons, ammo, and attachments in and out of menus until I’ve reached a meta-approved level of battle readiness. That’s not how Warzone rolls. There are no backpacks—there’s barely even an inventory screen.

Fully kitting up in Warzone is as simple as finding a gun you like and a few armor plates for when things get hairy. Weapons come with pre-set attachments. Common weapons have none at all while rarer guns come with specialized attachment setups. That simplicity ensures that I spend more time playing instead of staring at the ground, playing dress-up with optics and grips. The emphasis on looting is dramatically reduced, and this completely changed my mindset while playing. In fact, you can reach Warzone’s loot ceiling in minutes by dropping in a custom loadout with all the bells and whistles you could ask for.

Instead I can focus on firefights—where Modern Warfare shines. I haven’t played much of the 64-player Ground War mode, so it’s been cool to see how well Modern Warfare’s ballistics model translates to larger areas. Up close, bullets fly fast enough to feel the instant feedback of hitscan. Farther than a few dozen meters and you have to start accounting for bullet drop and sway. For a series built on fragility and super-short time-to-kill, Warzone successfully splits the difference between CoD and Battlefield.

Firefights feel closest to Apex Legends, though Call of Duty’s higher lethality is more in-line with my shooter preferences. In Apex, a series of increasingly powerful body shields can soak up entire mags of ammo, and Respawn’s tiered armor system makes some situations feel one-sided.

Warzone is decidedly less complex. Everyone has normal regenerating Call of Duty health plus armor plates that can soak up about extra one health bar of damage. There’s no ultra rare super armor, so the time-to-kill is always consistent. In most cases, one or two headshots are all it takes to bring someone down. Ditching bullet-spongey armor achieves a harmony between weapon damage and health that distinguishes itself from Apex. You die quicker, but also heal faster.

Warzone’s swift deaths are offset by how easy it is to get squadmates back into the fight. Not only can you purchase a respawn for teammates at Buy Stations scattered throughout the map, but you can also earn your life back by winning a 1v1 duel in the Gulag. The idea of the Gulag—perhaps the closest thing to purgatory I’ve seen in a competitive game—seemed gimmicky at first, but it establishes a pace that feels in-line with the tradition of Call of Duty: a game where you die and quickly re-enter the action.

Gulag fights follow the same rules as Modern Warfare’s excellent Gunfight mode with random mirrored loadouts. I love the emotional payoff of earning a second chance in a confined, mano-a-mano duel, punching my ticket back into the fight. The Gulag eases the frustration I feel dying off early in other battle royales, and crucially, encourages me to take more risks. Frequent respawns have the knock-on effect of a ridiculous number of players still alive toward the end of the match. This makes for explosive final rounds, but it’s a little discouraging to somehow get 18th place after surviving one of the final circles.

Of course, a battle royale game is only as good as its map. Warzone’s first and only map is Verdansk, a massive valley of dense city centers and industrial districts that easily fits all 150 players. You would expect such a huge map to become a haven for bush-hugging snipers, but Verdansk is so dense with buildings that most of it comes down to short and mid-range play. Instead of getting randomly domed from a mile away, most of my firefights played out like a regular Call of Duty match. I love it.

Because Warzone’s loot curve is basically a flat line, pretty much any location on the map is a viable starting point. Sure, you can dive right into the Atlas Superstore and fight over its abundant supply crates, but you could have the same luck roaming the peaceful eastern farmlands. That’s a far cry from Apex Legends, where matches naturally favor teams that make perfectly-timed skydives into the most dangerous zones and come out with the best gear. I enjoy the tourism that Warzone encourages by relieving the pressure of looting.

Modern Warfare’s snappy aiming and movement pairs well with an urban map full of walls and windows. COD’s athletic movement shines on a larger scale, although it’s not as aerial as Apex Legends’ wall climbing and ziplines. Sprinting and vaulting is so fluid that it feels like you’re gliding a few feet off the ground. Even the skydiving process at the beginning of matches is just more fun. Since everyone starts with a pistol, you can pull off ridiculous maneuvers by cutting your parachute, equipping a gun, and shooting mid-air.

In a genre where progression is earned through the luck of looting, Warzone wisely diverges with an in-game economy instead. The fastest way to make money and reach your ideal loadout is by completing contracts, randomly-generated side activities shared by the whole squad with big cash rewards. There are three types of contracts that can be as simple as capturing an objective. You don’t have to take them on, but they’re fun enough to always be worth it. Most importantly, they encourage players to stay on the move instead of “turtling” in a building and waiting for enemies to come to them.

Warzone borrows a lot from standard Call of Duty that improves battle royale, but unfortunately one of its worst signature features has made the jump as well—killstreaks. For a fairly low price, players can buy killstreaks that can completely win a fight for you. The UAV stands out as the worse offender, as it periodically pings exact enemy locations within a city block. The only counter to is to equip a class using the Ghost perk. Just like in standard CoD multiplayer, it’s not fun to face the choice of forgoing more interesting perks just so I can prevent my location from being broadcast to the world.

There are also the Cluster Strike and Precision Airstrike killstreaks, both of which can completely wipe an enemy squad if they don’t get out of the way. It’s good for YouTube clips, I’m sure, and I like the idea of forcing squads out of a high ground position, but it gets way too ridiculous as the map area narrows.

When a Warzone match is down to its last five squads in a small circle with no cover, everyone starts firing off their airstrikes at opposite corners hoping to get lucky kills. Unfortunately, it works. The overwhelming power of killstreaks is a completely uninteresting addition to Warzone, just as they are in every Call of Duty game since 2007. Much more interesting are Warzone’s field upgrades, another carryover from standard Modern Warfare. These lower-impact gadgets are more fun to use because they’re less powerful and require more critical thinking, like a grenade-blocking Trophy System, piloted scouting drone, or ammo box.

Battle royale feels like the main mode in the Warzone package, but there’s another mode on offer that’s in a different genre entirely. Plunder takes place on the same Verdansk map, but there’s no circle, no Gulag, and infinite free respawns. The only goal is to make a bunch of money through killing players and completing contracts. You could compare it to a raid in Escape From Tarkov, but it’s actually closer to the The Division’s PvP Dark Zone mode.

Plunder is undeniably more casual than Battle Royale. Even though you’re supposed to be making money, you can treat it as an aimless playground to practice shooting, grind levels for your weapons, or drive ATVs off sick ramps. It’s a great chaser to a tense round of battle royale.

There’s a lot to love about Warzone. The ways it limits the randomness of loot and simplifies inventory addresses two of my biggest problems with the battle royale genre. Warzone wants victory to be decided by smart positioning and twitch shooting skill, not your armor tier. The only downside to Warzone’s less-complex loot landscape is a meta that’s potentially too shallow to stay interesting. Infinity Ward has aggressively updated Modern Warfare since its release last year, so I have hope that Warzone will continue to grow as its own standalone game, attention it will need if it’s to compete with the likes of Fortnite and Apex Legends. 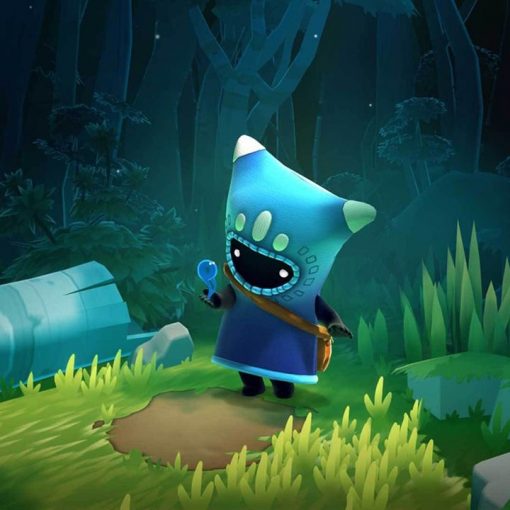 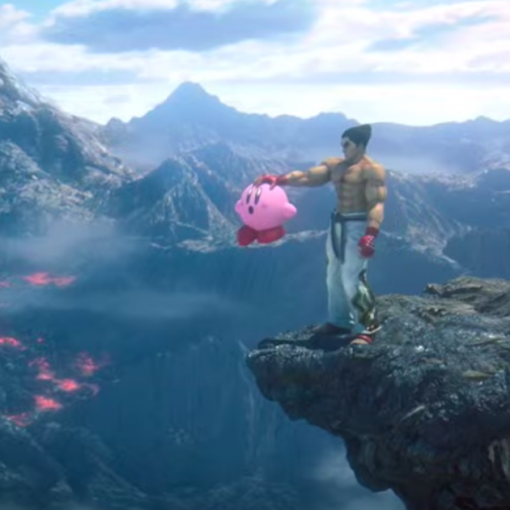 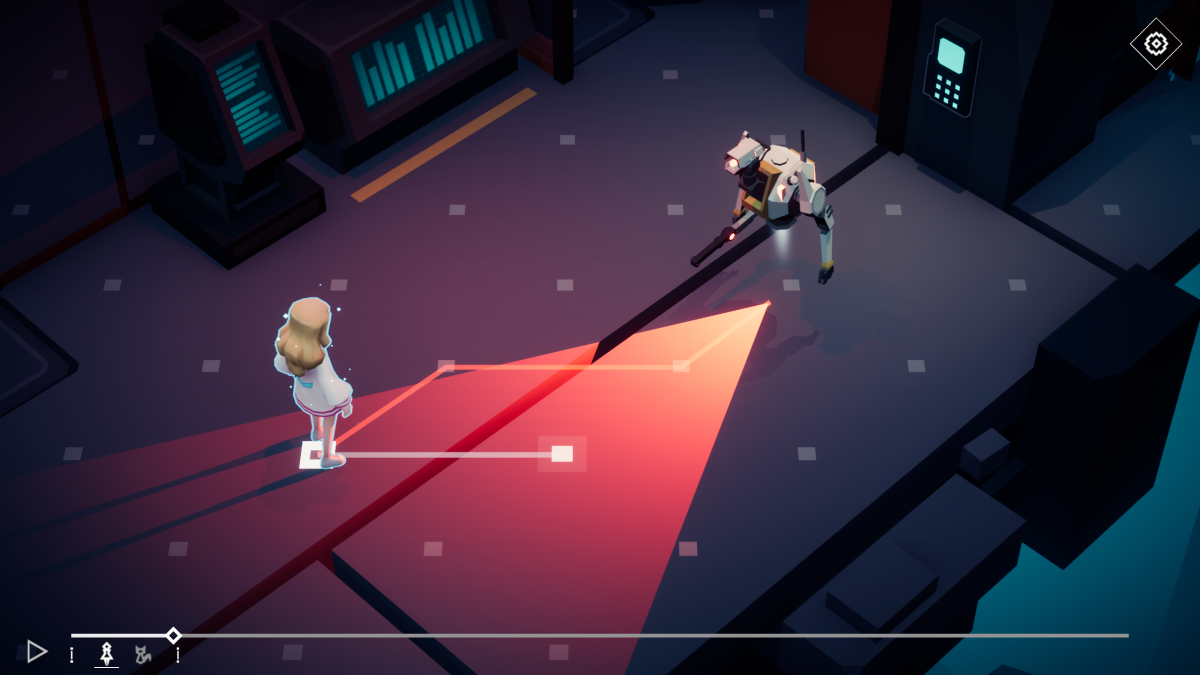 Need to know What is it? A stealth puzzle game in which time can be sped up and rewound.Expect to pay $19/£14.49Developer […]