Lane Thomas clubbed a two-run homer in the second inning and Justin Williams hit a solo blast later in the frame to help the St. Louis Cardinals post a 7-5 victory over the host Houston Astros on Wednesday at West Palm Beach, Fla.

The Astros tied the score at 3 in the bottom of the third on Alex Bregman’s solo shot. St. Louis, using a split squad, countered with four runs in the top of the fifth with Brad Miller delivering the tiebreaking single.

Myles Straw had two homers for Houston, which also was using a split squad. Straw hit a two-run homer in the third to get the Astros on the board and later hit an inside-the-park homer in the fifth.

Cesar Salazar homered and Aledmys Diaz and Dustin Garneaau each had RBI doubles as Houston beat New York at Port St. Lucie, Fla. Right-hander Noah Syndergaard struck out two and gave up one hit in two scoreless innings for the Mets.

Lewin Diaz hit a solo homer and Chad Wallach hit the decisive three-run blast during a four-run, eighth-inning uprising as Miami rallied to edge St. Louis at Jupiter, Fla. Nolan Gorman went 3-for-5 with three RBIs for the Cardinals.

Arquimedes Gamboa slugged a tiebreaking homer with one out in the top of the ninth inning to lift the Phillies over the host Twins at Fort Myers, Fla. Nelson Cruz hit his second home run of the spring for Minnesota

Jarren Duran and Josh Ockimey hit two-run homers and Michael Chavis smacked a solo blast as Boston defeated the host Pirates at Bradenton, Fla. The Pirates had just four hits in the 7 1/2-inning contest that was halted by rain.

DJ LeMahieu smacked a tiebreaking ground-rule double during a six-run, third-inning uprising as New York knocked off Washington in a contest called in the fifth inning due to rain at Tampa, Fla. Raudy Read slugged a two-run homer for the Nationals.

Ryan McKenna delivered a tiebreaking single in the fifth inning and scored on a wild pitch later in the frame as Baltimore defeated Atlanta at Sarasota, Fla. Travis d’Arnaud and Bryce Ball hit home runs for the Braves.

Detroit held a 3-1 lead in the middle of the fourth inning over host Toronto when the game was called because of rain at Dunedin, Fla.

Until the last half-decade a west-London derby between Fulham and Brentford would have been more familiar as a third-tier skirmish. But they […] 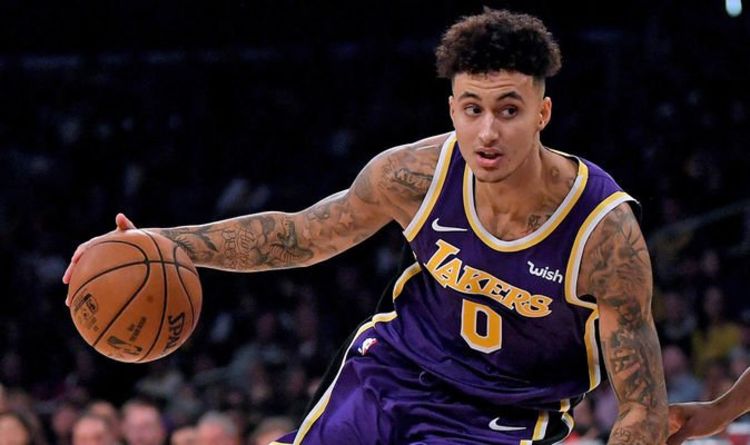 The Los Angeles Lakers have been told how they could acquire Lauri Markkanen – but it would cost Kyle Kuzma. The Lakers […]

Women’s tennis in 2017 has been an entertaining affair, with no one player being able to establish themselves as the best in […]