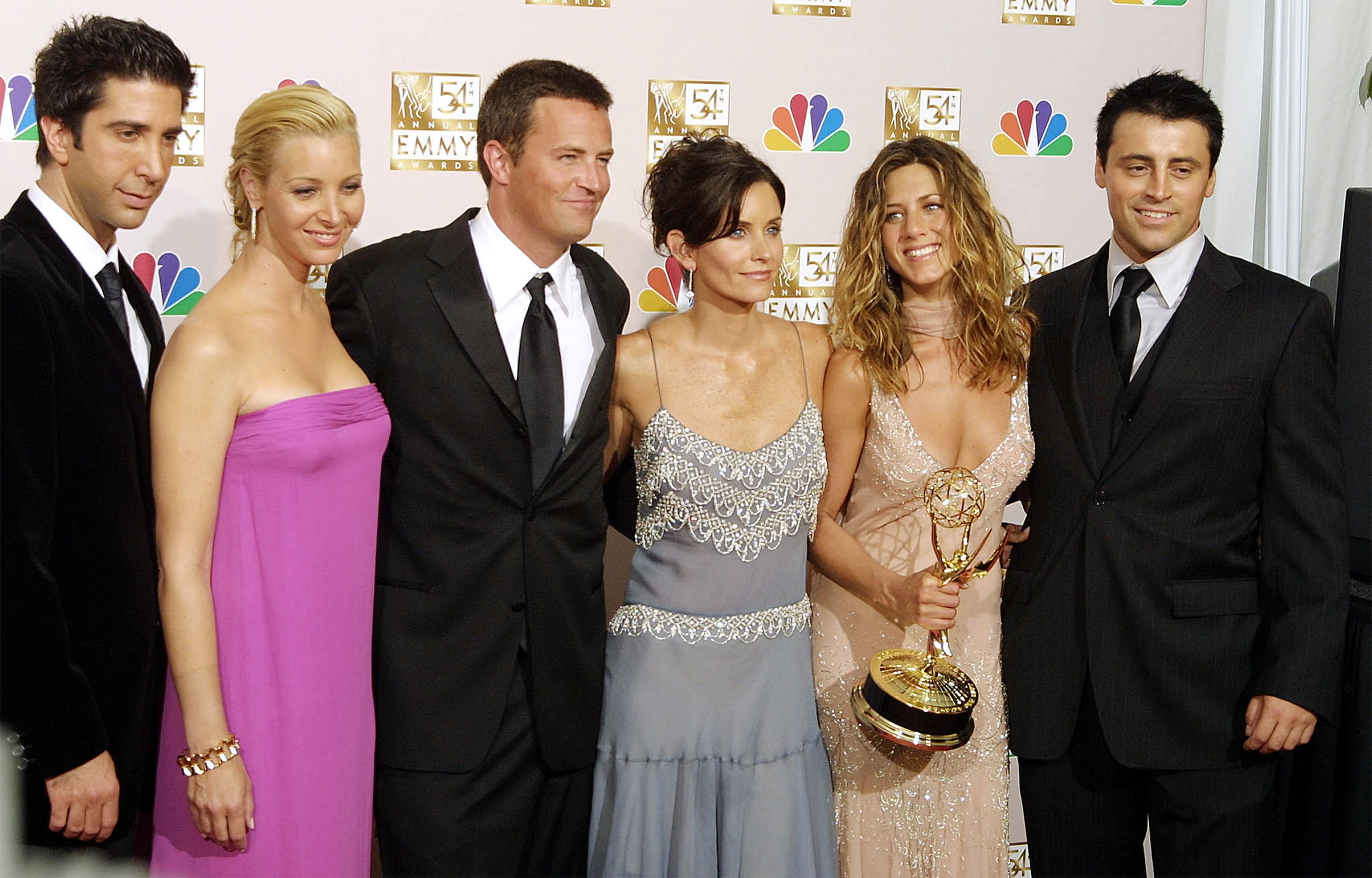 “Friends” fans have been teased with rumors of a reunion for ages — and now it’s finally happening!

The reunion special will be available when HBO Max launches in May 2020. The streaming service will also air all 236 episodes of “Friends” — a boon to everyone who misses binge-watching the series since it left Netflix at the end of 2019.

All six of the show’s stars took to Instagram to confirm the news to fans. “It’s happening…” each wrote next to a throwback photo of the cast. (Except for wise guy LeBlanc, who hilariously substituted a photo of the “M-A-S-H” cast.)

The Central Perk gang will return to the original “Friends” soundstage, Stage 24, on the Warner Bros. Studio lot in Burbank for a celebration of the Emmy-winning sitcom, which ran from 1994 to 2004 on NBC.

“Guess you could call this the one where they all got back together — we are reuniting with David, Jennifer, Courteney, Matt, Lisa and Matthew for an HBO Max special that will be programmed alongside the entire Friends library,” Kevin Reilly, chief content officer, HBO Max and president, TBS, TNT and truTV, said in a statement.

“I became aware of ‘Friends’ when it was in the very early stages of development and then had the opportunity to work on the series many years later and have delighted in seeing it catch on with viewers generation after generation. It taps into an era when friends —and audiences — gathered together in real time and we think this reunion special will capture that spirit, uniting original and new fans,” added Reilly.

We can’t wait to see our “Friends” again!

Chinese workers in the US are losing their visas with their jobs. But flying home is too expensive

Coronavirus: How Russia's ballet wasn't shut down despite lockdown

Trump says he is astounded that Obama has not endorsed Biden

US coronavirus deaths pass 14,000, but new cases are trending down and future projections are better than expected

Not so funny: Edinburgh festivals canceled for first time

Essential workers show why they're essential