Yemen’s Houthi rebels have blocked half of the United Nations’ aid delivery programs in the war-torn country — a strong-arm tactic to force the agency to give them greater control over the massive humanitarian campaign, along with a cut of billions of dollars in foreign assistance, according to aid officials and internal documents obtained by The Associated Press.

The rebel group has made granting access to areas under their control contingent on a flurry of conditions that aid agencies reject, in part because it would give the Houthis greater sway over who receives aid, documents and interviews show.

The Houthis’ obstruction has hindered several programs that feed the near-starving population and help those displaced by the nearly 6-year civil war, a senior U.N. official said, speaking on condition of anonymity to discuss the situation.

“Over 2 million beneficiaries … are directly affected,” the official said.

The Houthis have been pushing back against U.N. efforts to tighten monitoring of some $370 million a year that its agencies already give to government institutions controlled mostly by the rebel group, documents show. That money is supposed to pay salaries and other administration costs, but more than a third of the money spent last year wasn’t audited, according to an internal document leaked to the AP.

The U.N. has largely kept quiet in public about the pressure, but behind the scenes the agency and international donors are digging in against the Houthi demands. The AP spoke to seven workers and officials from U.N. and independent agencies about the situation. All spoke on condition of anonymity for fear of reprisals. The AP also saw dozens of documents, including emails of aid officials.

In October, the U.N. humanitarian coordinator for Yemen, Lise Grande, sent a letter to the Houthi-appointed prime minister complaining about a long list of demands.

The “overwhelming majority” of them impede or delay delivery of aid and many violate humanitarian principles, she said in the letter, a copy of which was obtained by the AP.

For months, the Houthis demanded a 2% cut from the entire aid budget be given to them, a condition the U.N. and donors rejected. In an email to the AP, a spokesperson for the U.S. Agency for International Development said Houthi attempts “to implement a tax on humanitarian assistance are unacceptable and directly contradict international humanitarian principles.” The United States donated $686 million to Yemen in 2019, according to USAID.

Last week, the Houthis appeared to back off the 2% demand, but continue to press for other concessions, according to aid officials.

During a meeting in Brussels last Thursday, aid agencies and international donors threatened to reduce aid if Houthis continue to impose restrictions on U.N. operations in Yemen.

The situation “has reached a breaking point,” they said in a statement.

At least one agency, the World Food Program, is currently considering cutting back the monthly food aid it delivers to 12 million Yemenis every other month, a U.N. official said. ”It’s unfortunate that people will suffer but this is on the Houthis,” the official said. “They can’t use people as hostages for too long.”

The Houthis’ demands have stoked longtime concerns among aid agencies over the rebels’ diverting of humanitarian funds and supplies into their own or their supporters’ pockets or toward their war effort.

Delivering aid in war zone has always been poised a problem for U.N agencies. But officials said the situation in Yemen has been especially challenging.

The Houthi have withheld visas and permissions for equipment and supplies and refused to grant clearances for U.N. missions to move through rebel-controlled areas. Aid workers said agency leaders’ past willingness to concede to some of the rebels demands have embolden the Houthi leaders to push for more.

Nearly 300,000 pregnant and nursing mothers and children under age 5 haven’t received nutrition supplements for more than six months because the Houthis “held beneficiaries hostage to the 2%” demand, another U.N. official said.

In another example, Houthi authorities for months delayed permission to distribute 2,000 tons of food — enough to feed 160,000 people — in the district of Aslam, where the AP previously found starving villagers reduced to eating boiled leaves. When approval came in November, the food had spoiled “beyond the point of salvage,” another aid official said.

Houthi leaders have remained defiant in the face of U.N. pushback.

“Yemen will survive” if agencies suspend aid, Abdul-Mohsen Tawoos, secretary-general of the Houthi agency coordinating international aid, told European donors during a Jan 20 Skype call. Minutes of the call were obtained by the AP.

He said the Houthis wanted to reach an agreement with the U.N. and its donors, but “won’t be bullied.”

Tawoos accused Grande, the top U.N. official in Yemen, of sending false reports about Houthi restricting the movement of U.N. humanitarian operations. Houthi leaders have threatened to expel her from the country.

The U.N.’s massive aid program, totaling $8.35 billion dollars since 2015, is vital to keeping many Yemenis alive. The U.N. calls the situation in Yemen the world’s worst humanitarian crisis.

Ten million people in the country are on the brink of famine and 80 percent of the population of 29 million in need of aid, according to the U.N.

More than 3 million people have been displaced, cholera epidemics have killed hundreds, and at least 2.2 million children under 5 suffer from severe malnutrition, the agency said.

The Iranian-backed Houthi rebels control the capital Sanaa and much of the country’s north, where most of the population lives and the need for aid is greatest. They are at war with a U.S.-backed, Saudi-led coalition fighting on behalf of the internationally recognized government.

With the economy in freefall, the U.N. aid effort is a major source of foreign currency into the country.

The U.N received around $3 billion in 2019 in international donations for its campaign, short of its $4.2 billion goal.

The Houthi demand for 2% of that budget would funnel $60-$80 million into the coffers of their aid-coordination agency, the Supreme Council for Management and Coordination of Humanitarian Affairs and International Cooperation, known as SCMCHA.

Qassim Hussein al-Houthi, the head of the international agencies department in the Houthis presidency, said the money was necessary for SCMCHA ‘s operating expenses.

“It carries heavy financial burden. It’s in charge of facilitating, distributing, security, and organizing the work of the agencies,” he said.

Al-Houthi argued that it’s the U.N. agencies who spend a much larger percentage of their budgets on administration without “real oversight.” He said the U.N. aid delivery programs blocked by the Houthis “are not a priority for the Yemen people.”

Harassment, intimidation and suspected embezzling of funds by Houthis have been going on for years, aid workers said, and have gotten worse since the rebels created their aid coordination agency in early 2018. Since then, Houthi-led security agencies have arrested local workers, blocked aid missions or held up supplies, according to internal emails and documents seen by the AP.

“Not even a simple project can be carried out in northern Yemen without the consent and supervision of this body,” said a Yemeni chief of a local aid organization.

The U.N. rarely pushed back, calculating that aid had to be delivered at any cost.

Some of the money went to salaries for doctors, teachers and other vital employees who have otherwise gone without pay amid the war. Millions more went to the Houthi aid agency for administrative costs and salaries.

Aid workers privately expressed concerns about the funds from U.N. aid agencies being diverted into the coffers of Houthi leaders or their supporters.

UNICEF told the AP in a statement that its funds were strictly monitored and no instances of diversions were found. The World Health Organization said all its spending was “subject to internal and external audit,” as well as frequent internal reviews on multiple levels. WHO also said it found no evidence that its funds have been diverted.

Still, last summer, the U.N. requested all agencies report how much they were giving in direct cash transfers. In 2019, the total reached $370 million, around 10 percent of the entire international aid budget for Yemen, according to a U.N. spreadsheet obtained by the AP. Around $133 million was marked in the spreadsheet as “not audited.”

Some officials in the Houthi aid body, SCMCHA, appear to be receiving multiple salaries, the data shows. For a time, three U.N. agencies were each giving salaries to the body’s president, his deputy and general managers. Each of the officials received a total of $10,000 a month from the agencies, the spreadsheet shows.

The U.N. refugee agency also gave SCMCHA $1 million every three months for office rental and administrative costs, while the U.N. migration agency gave the office another $200,000 for furniture and fiber optics.

U.N. officials said Grande was “genuinely shocked when she learned about the arrangements.”

“She had no idea about the scale of it,” said one senior U.N. official. “Her reaction after that was, we have to fix the situation.”

Over the past year, U.N. agencies, lead by Grande, began pushing back against Houthi demands.

First, the World Food Program suspended aid for a couple of months in some areas around the capital Sanaa and demanded biometric registering of beneficiaries to ensure deliveries go to those truly in need. The Houthis initially agreed but later refused to follow through with the biometric registering.

The U.N. then moved to prevent double-paying of salaries, and its agencies tightened auditing of the funds it provided.

UNICEF, for example, said it decided in November to re-assess all 243 partners it works with, including government ones, and cut down dramatically on funds put into Houthi coffers. The agency said it would start paying suppliers and contractors directly.

The moves by the U.N. have prompted the Houthis to launch a media campaign denouncing the humanitarian agency as corrupt and wasteful.

Further escalation came after the Houthi aid body in November was put under the leadership of the Houthi president’s chief of staff, making it more powerful, several aid officials said.

An already difficult environment to work in “became extremely suffocating with threats (and) directives,” one of the officials said.

Some directives — such as requiring agencies to disclose the identities of aid recipients and involving Houthi authorities in assessments of need — would give the rebels even greater power to steer aid to their supporters, aid workers fear.

Other demands seemed aimed at monitoring and intimidating, such as ordering local Yemeni staffers to get Houthi permission to take U.N. training courses abroad and then to report back the content of those workshops. Houthis officials also require the segregation of women and men in U.N.-run programs in some areas.

The Houthis also demanded a new agreement giving them a hand in assigning U.N. contracts with suppliers and picking local partners to implement programs, according to a draft of their proposal seen by the AP. It also gives them the right to screen U.N. hires in Yemen and take over the budget of monitoring programs.

Several humanitarian workers said the Houthis are also trying to force the U.N. to work with NGOs they favor, particularly an organization known as Bonyan, which is filled with Houthi affiliates. The brother of Houthi leader Abdel Malek al Houthi, Ibrahim al-Houthi, was a board member until his death last summer. Houthi leaders stopped the U.N. agencies from delivering food in Yemen’s Hodeida province, unless they used Bonyan for the distribution.

Despite the disputes between the Houthis and the U.N, aid officials continue to appeal to international donors for money to address the crisis in Yemen.

Over the summer, Grande pleaded to donor countries for more funds to meet the $4.2 billion goal.

“I don’t want more funds. I want the space to spend what I have,” he said. 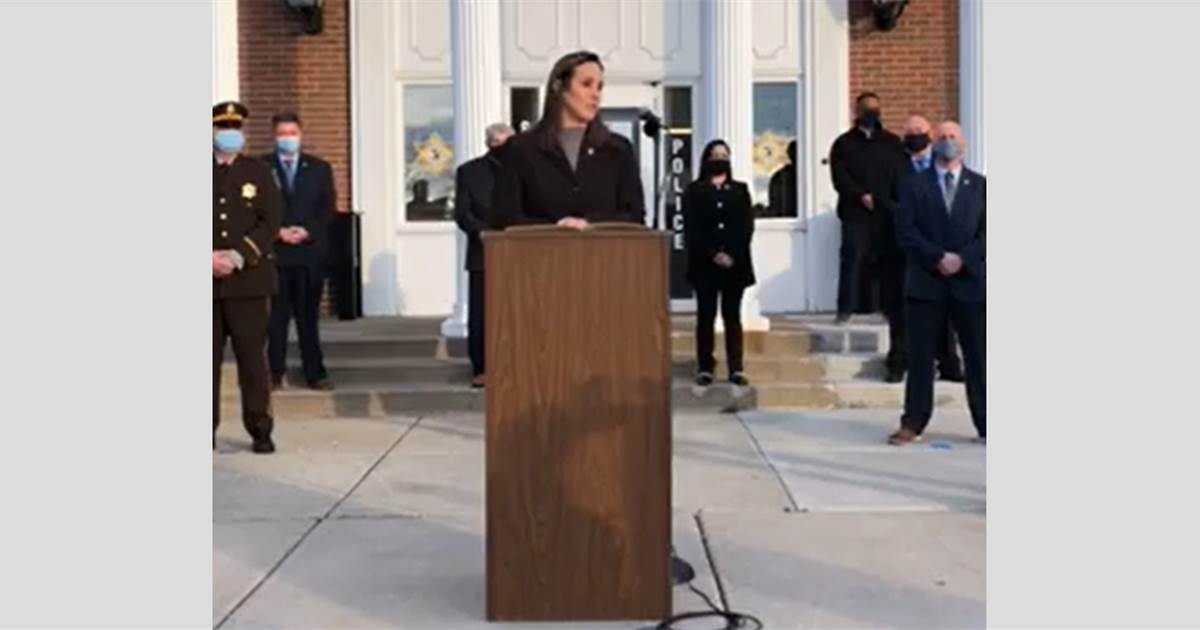 A Michigan woman was arrested last week in the cold case killings of her twin newborn sons, 17 years after their bodies […] 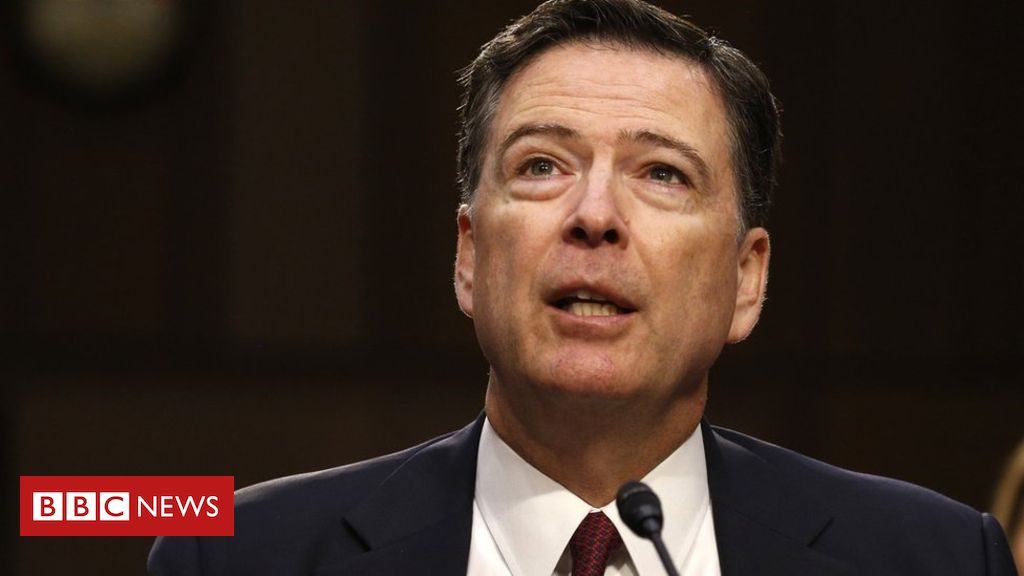 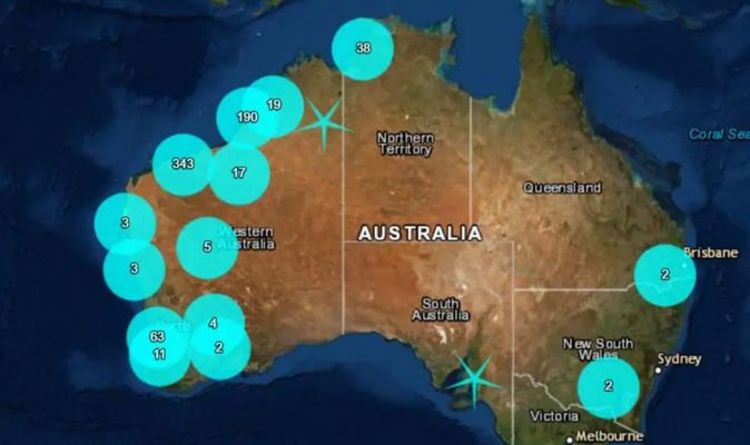 One of north-west Australia’s most famous beach resorts has been shaken by a massive earthquake of magnitude 6.6 before 5am BST (2pm […]