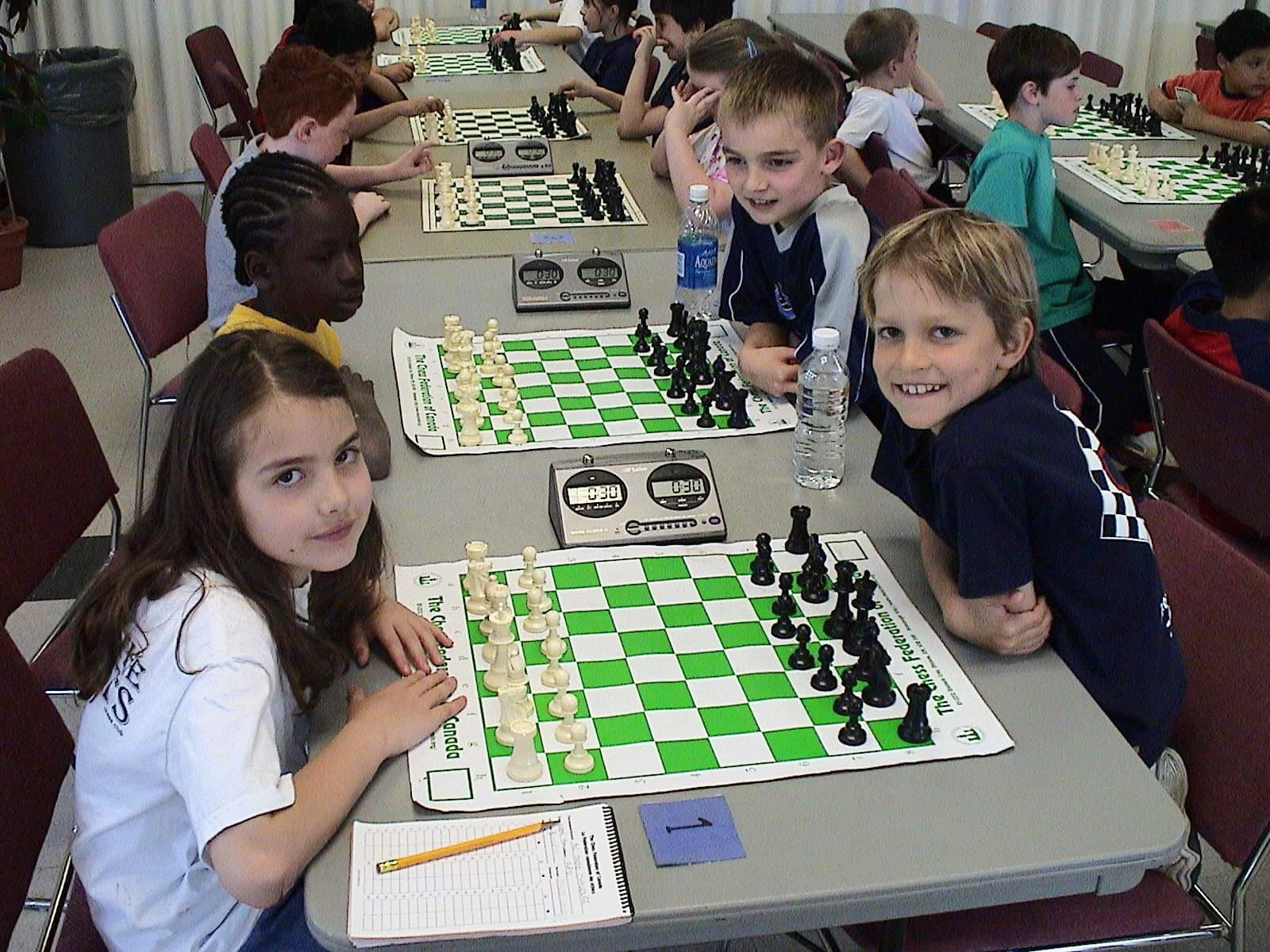 Alexandra Botez was sitting in her apartment on a recent Friday in front of three computer monitors, a webcam and a microphone — and losing at chess.

“This is not looking good, but this guy is not very fast,” Botez said. “He’s not good or fast, so hopefully we’re going to win this game.”

Botez, 24, is good and fast. She holds the title of Woman FIDE Master, was the first female president of the Stanford University Chess Club and remains one of the best players in Canada. And under normal circumstances, she probably wouldn’t be losing to her anonymous online opponent.

But on the monitor to her right, Botez was also talking to more than 1,000 viewers who were watching the game as she offered a mix of live commentary, trash talk and thanks to the viewers who had given her contributions.

Botez is one of a growing scene of chess players who have melded the old, staid world of chess with the frenetic and brash world of esports. They now serve as some of the most visible ambassadors of chess — and arguably the game’s first entertainers. If chess hustling turned pro, it would look something like what Botez does.

Botez, who said she used to enjoy hustling people when she was an 8-year-old chess phenom, now punishes most of her opponents online, sans the gambling. But she’s not perfect.

In this particular game, she’s down some material — chess shorthand for having fewer pieces — but her opponent had less than 30 seconds left on his clock.

“Let’s hope we can flag this guy,” she said, meaning that her opponent would run out of time. He did not, and she ended up checkmated.

Seconds later, she was starting a new game against a new opponent. Such is the life of a full-time chess livestreamer.

About six days a week, Botez sits in front of these monitors to play chess and interact with people on the internet. She’s one of a growing scene of chess players who have followed in the footsteps of people who livestream themselves playing popular video games such as “Fortnite” or “League of Legends.” While competitive esports has become a lucrative and growing market, popular personalities such as Richard Blevins (better known as Ninja) who stream themselves playing games are among the market’s biggest stars.

And while chess is far smaller as an esport than video games, it has grown quickly. On Twitch, the most popular internet platform for livestreaming esports, time spent watching chess has risen more than 500 percent since 2016, according to data from the company. With that consumption has come some money, mostly donations from viewers facilitated by Twitch, but also in sponsorship dollars.

That growth persuaded Botez in September to try livestreaming chess full time. She now has more than 60,000 followers on Twitch.

And while streaming is offering players like Botez a new way to make a living from their chess skills, it’s giving new life to one of the oldest games in the world.

Chess came to the attention of Twitch less than four years ago when the company formed a partnership with Chess.com, one of the largest chess websites with almost 33 million members.

“Across all the different various competitive games on Twitch, chess has seen some of the most substantial growth in the same period of time than any other esport in the world,” said Justin Dellario, vice president of global esports at Twitch.

The rise of esports — both in terms of competitive gaming and more social online gaming — first gained attention in the 1990s and early 2000s before emerging in the past 10 years. The gaming and esports market research company Newzoo forecast that 2019 esports revenues would hit $1.1 billion. Twitch is by far the largest esports platform.

Chess has not enjoyed similar growth. While the game has a young, marketable genius in Magnus Carlsen, it has struggled to attract the kinds of money that can help sustain its growth.

“There have been times, even historically, where a world championship hasn’t even been held because there wasn’t enough sponsorship money,” said Nick Barton, director of business development for Chess.com.

Chessbrah is the first company built around chess streaming. Grandmaster Eric Hansen, 27, first used the term Chessbrah in 2015 as an online alias, then later streamed under the name. He’s credited with being one of the first people to make chess streaming into its own niche esport. Chessbrah now has almost 100,000 followers on Twitch.

“I grew up watching wrestling and reality shows,” Hansen said. “And that actually was a big influence.”

He built up his own channel and recruited other chess players to help. Chessbrah now has six full-time programmers for its Twitch and YouTube channels. It sells hoodies, T-shirts and hats on its website, encouraging people to “join the new chess culture.”

Hansen said he sees a lot of upside for chess. He pointed to its history, its global reach and the notion that people don’t need expensive computers to play it.

And many streamers are not grandmasters like Hansen. Some are novices who are learning along with their audiences, Dellario said. He pointed to GoldDustTori, who has streamed for more than a year and started boosted her rating by more than 600 points.

While streaming isn’t bringing in enough money to change the economics of the game, the prospect of streamers attracting more people to the game and providing a way to engage with it more often could open the door to more sponsorship money, which has generally been hard to capture.

And some major chess tournaments have shown the potential to turn into major events. Twitch said that the 2018 World Chess Championship attracted 4.4 million unique viewers.

The emergence of chess as an esport has also meant new avenues for players who might have otherwise moved on from the game. Botez is a prime example.

Chess players, particularly young ones who play the game at a high level, can end up burned out. Botez remembered asking her teachers to lie to her middle school classmates when she went to play in the North American championships, because she was worried about fitting in. There were the hours of intense studying before big matches, and the deflation after a disappointing performance. There was the tournament win that came with a college scholarship, an experience grueling enough to push her to take a break from the game.

And she never planned on turning pro.

Her story is a familiar one in the chess world — an extremely talented player who may not make it to the top echelons of the game where players can make a living. Aside from teaching, there are not many ways to make money playing chess. And there wasn’t much for a casual or even semi-serious chess player to enjoy.

Even for a player of Botez’s caliber, watching high-end chess games and commentary can be excruciatingly boring. Most competitive chess is played with long time allowances. Matches often last hours and end in draws.

“The broadcasts were super technical and so boring,” Botez said. “I hated it.”

Botez started streaming in college. It reminded her of some of her fondest memories of playing chess — after tournaments were over or in between rounds when players crowded around boards as people played blitz and bullet (variations of chess in which time limits are restricted to 10 minutes for each side or less) and talked some trash.

Some of her most notable livestreamed matches — and most entertaining trash talk — have come up against grandmaster Ben Finegold. Botez grew up playing chess on the internet, but Finegold grew up playing “over the board,” as real-world chess is known.

The son of a chess master, Finegold, 50, first started playing competitively as the wave of attention that the American champion Bobby Fischer brought to the game in the early 1970s began to crest.

“It didn’t take off after that as much as it should have,” Finegold said. “Now, things are changing with the world of the internet and the fact that the U.S. is actually quite strong at chess.”

Finegold climbed the ranks to become one of the top U.S. players from the 1990s through the 2010s. He became a grandmaster, the highest title given by the World Chess Federation, in 2002.

During that time, chess began to move online. The internet provided a way for people to play from the comfort of their home against people around the world. The first internet chess server was set up in 1992, eventually becoming the Internet Chess Club, which is still in operation. Since then, numerous chess websites have sprung up including Chess.com, Lichess and Chess24.

The introduction of video platforms also opened the door for more chess content to move online. Finegold taught at the Saint Louis Chess Clubin the early 2010s, and the club began uploading his videos to YouTube.

Now, Finegold streams himself playing chess five to six times a week. His commentary usually includes a near-constant run of jokes, some of which poke fun at the peculiarities of online chess.

While Finegold grew up playing live chess in games that could often last for hours, most of his online games last less than 10 minutes. That means players, needing to move faster, often deviate from well-studied lines of play, known as theory.

“Still theory,” Finegold will joke when launching a particularly bizarre series of moves that would never work in a longer game. (This is a funny to chess enthusiasts.)

Winning is still paramount. Watching a Botez stream, her competitiveness is evident and her tone can often match how she’s playing. But livestreamed chess also brings a certain levity to mistakes.

Botez is particularly known in the chess world for the Botez Gambit. While many players have particular strategies (often called gambits) associated with their names, Botez’s is unique. The Botez Gambit is now chess shorthand for accidentally losing one’s queen, an often fatal error in a chess game.

It’s something she’s embraced. She’s even got a compilation of Botez Gambits on YouTube.

It’s an internet sensibility that might have been hard to imagine just a few years ago.

“It’s OK if you make mistakes,” she said. “Just move on in and have some fun with it.”

And that’s a feeling that isn’t confined to the new guard. Finegold said that he’s looking forward to where streaming is going.

“Chess could be fun, too,” Finegold said. “It doesn’t have to be super serious all the time.” 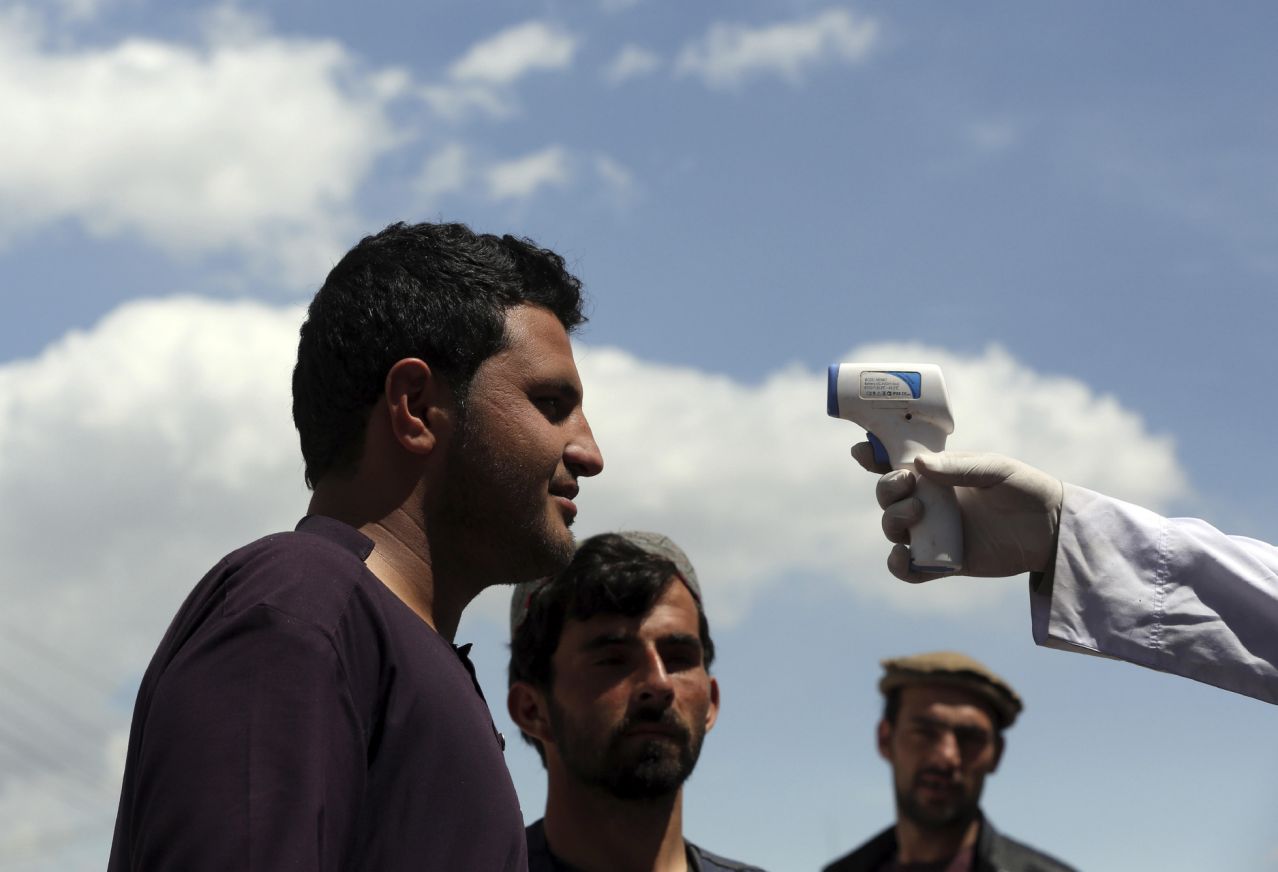 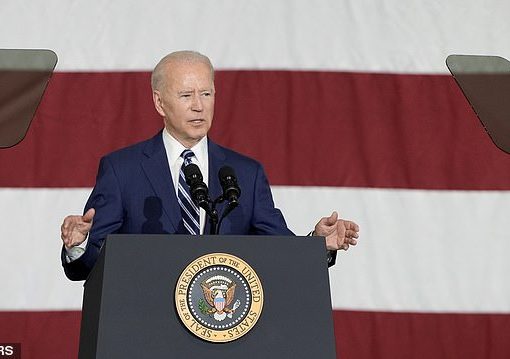 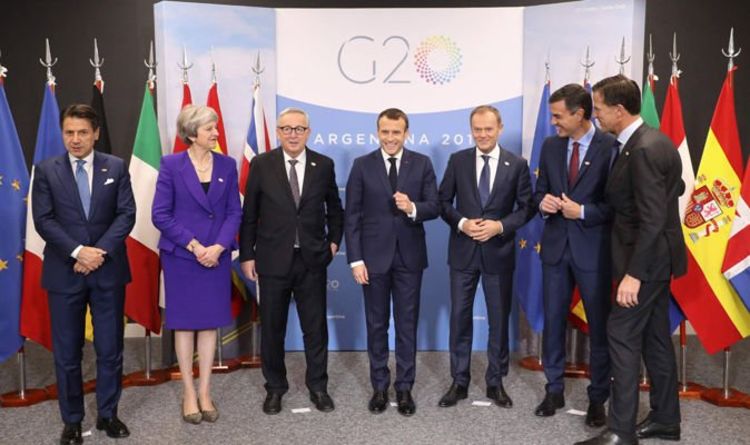 The embattled French President, whose approval ratings have nosedived back at home, appeared to put domestic strife behind him and was all […] 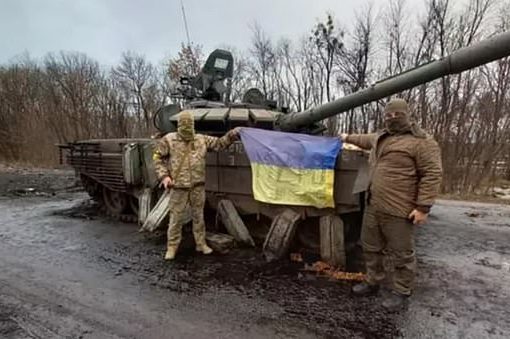 When Ukrainian forces won back control of Rudnytske, a small village 40 miles east of Kyiv, the Russians left them a gift: […]