Tottenham boss Jose Mourinho has aimed a dig at Manchester City over their Champions League ban.

Mourinho was in charge at Manchester United when the Red Devils finished second in the Premier League behind City two years ago.

And the Tottenham boss has now joked United should be handed the Premier League title after City were sanctioned.

Mourinho said: “I didn’t lose one single minute analysing UEFA. They have to analyse.

“If I go into that I have to ask if the team which finished second in 2018 are going to be champions, yes or no?

“Joking apart I just think about doing the best we can. At the end of the season we’ll see where we are. If we are sixth or seventh then it doesn’t matter.

“Wolves, Sheffield United, Manchester United, Arsenal, Everton – everyone looks to the table and says ‘we can do it’ – and they can – It’s going to be very hard.

“It’s not about huge decisions or small decisions. It’s about the rules, the law, it is or it isn’t. UEFA punished them but they have the chance to appeal.

“Until the appeal process has finished, Manchester City have the benefit of the doubt. At the end of the process we will see if they are punished or not.”

Arsenal target Gabriel has confirmed that he would be open to moving to the Premier League.

The Lille defender’s performances in Ligue 1 have attracted plenty of interest from other high bidders in Europe such as Paris Saint-Germain and Everton.

Gabriel told Telefoot when asked about a move to Arsenal: “Maybe I don’t know, but I would love to play in the Premier League.”

Lille, however, won’t let the 22-year-old go on the cheap and that is why the have slapped a £30million price tag on him.

Manchester United are ready to cash in on Paul Pogba – and the Red Devils know how they’ll spend the money from his transfer away from Old Trafford.

The France international has been tipped to quit United this summer. Pogba’s agent Mino Raiola revealed this week he’s spoken to Juventus about a return to Serie A.

And according to The Mirror, United are ready to cash in on Pogba and move for Jack Grealish and James Maddison.

United will demand around £130m for Pogba and the funds will be put towards deals for the Aston Villa and Leicester stars.

Chelsea have stolen a march in the race to sign Borussia Dortmund winger Jadon Sancho by already opening talks with the Bundesliga outfit.

According to France Football, Blues director Marina Granovskaia has begun chatting with equivalents in Germany over a transfer.

Sancho is rated at over £100million and under contract at Westfalenstadion until June 2022.

The 19-year-old has also attracted attention from Manchester United, Manchester City and Liverpool.

Speaking after Leipzig’s 3-0 win against Werder Bremen in the Bundesliga on Saturday, Mintzlaff said: “We hear these reports all the time.

“Someone makes something up, and everyone else copies it. Werner is happy here and wants to play the rest of the season.”

The Reds are targeting the Germany international, 23, ahead of the summer window. It’s claimed Werner has a £50m release clause in his RB Leipzig contract, with Jurgen Klopp a fan of his countryman.

On a cool, translucent night at The Oval, Trent Rockets were bowled out for 96 and trounced by seven wickets in a […] 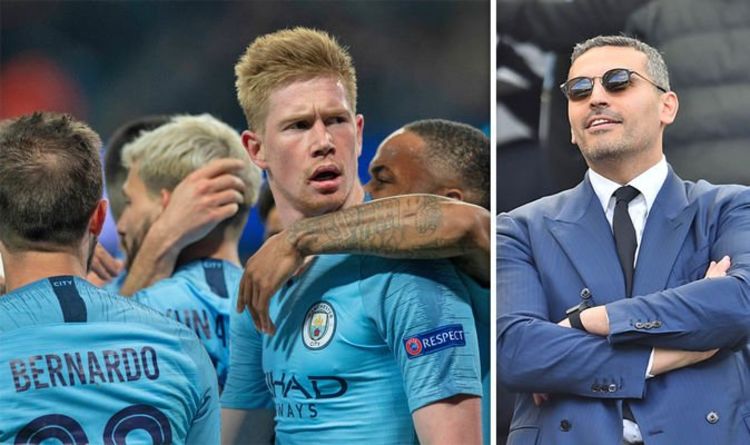