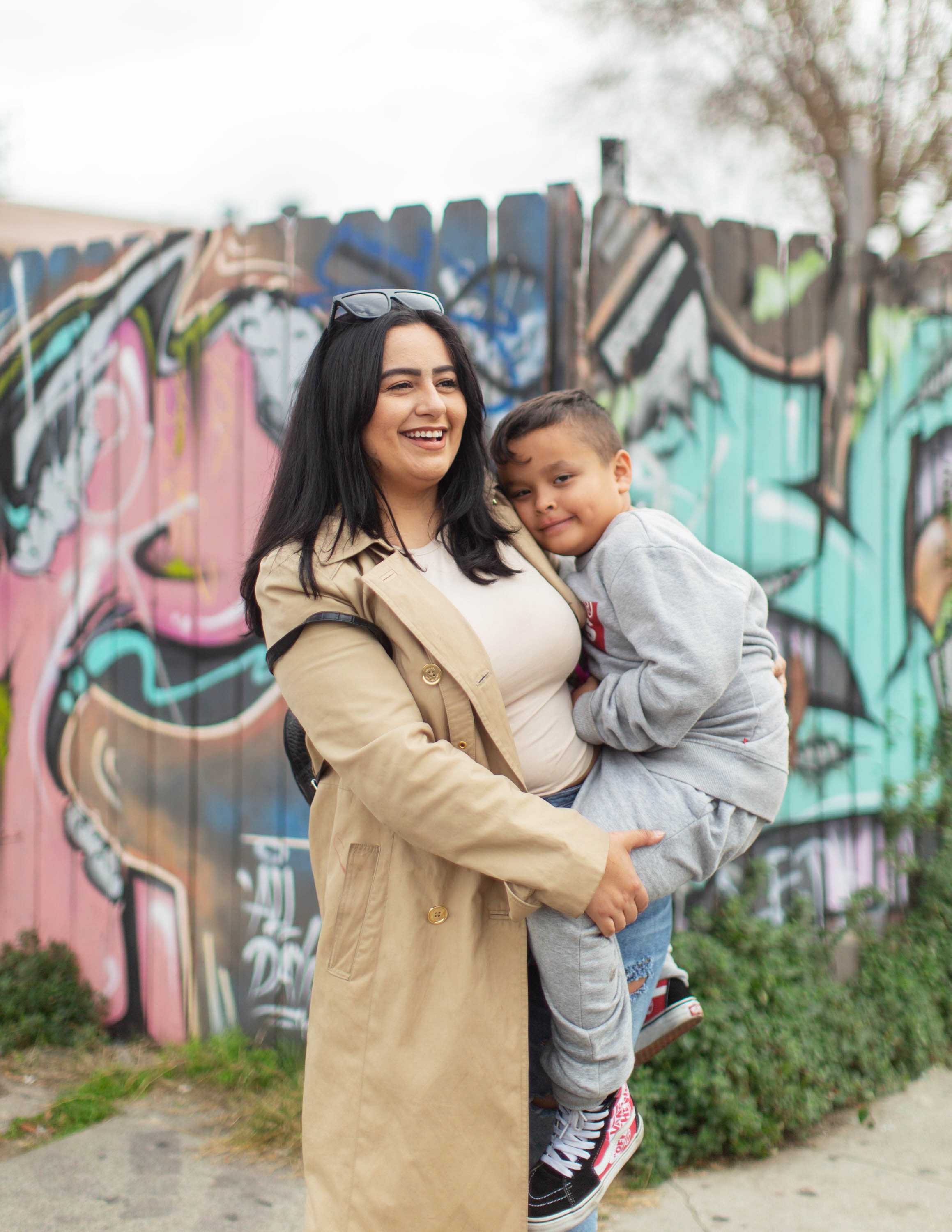 At the University of Southern California, she studies public policy alongside some of the most privileged students in the world. At home in South Los Angeles, Ruiz, 25, struggles to adapt.

“I go to school with a very elite level of community and then I ride my bike a mile away … and I’m back in the ‘hood,” she said. “This is the everyday reality of living in instability.”

Ruiz has experienced homelessness for much of her life, cycling first through the foster care system in Los Angeles, then the criminal justice system. By the time she was 18, she had attended more than 16 schools.

She now lives in stable housing for the first time in at least a dozen years. But along with four walls and a ceiling comes anxiety.

“Housing is not the end,” she said. “There needs to be continued support.”

More than 150,000 people experience homelessness across California, according to a 2019 count. The crisis is especially acute in Los Angeles, where an affordable housing shortage contributed to 59,000 residents living on the street last year. As local and state officials tackle the issue, service providers caution that solutions must be sustainable for years to come.

But the pathway out of homelessness is fraught with vulnerability and insecurity. People who once lived on the street must relearn basic skills, such as cooking, budgeting and even sleeping in a bed. Finding a home is not the end of their struggle.

To ease this transition, a new model emerged over the last two decades that pairs homeless individuals with additional services to sustain long-term housing. The model, called permanent supportive housing, targets people with chronic illnesses or disabilities who have experienced long-term and repeated homelessness.

But experts warn that in the absence of ongoing support, people could fall back into homelessness.

“Housing without support sets up people to fail,” said Tod Lipka, president and CEO of Step Up on Second, a housing and service provider in Santa Monica, California. “It has to be a transformative experience.”

The challenges formerly homeless people face manifest in various ways, he said. Some continue to pile their belongings in a corner, a habit born out of the need to keep their possessions safe. Others, accustomed to sleeping in shelters, wake up at 6 a.m. to vacate their apartments, forgetting those rules don’t apply to private accommodations.

Lipka recalls one client at Step Up on Second who screamed loudly every morning around 3 a.m. It was a trick the man learned while living on the streets to protect himself by keeping others away.

Ruiz, a single mother of a 5-year-old son, knows exactly how she wants her life to unfold. She will finish her bachelor’s degree at USC’s Sol Price School of Public Policy in May, and she is already working toward an accelerated master’s degree in the field. She advocates on behalf of incarcerated and homeless youth through her nonprofit, Christina’s Pathways to Success, and with the homelessness authority.

“I know I am the exception,” she said. “If it’s hard for me, what about the people who don’t have these resources?”

For Amanda Walker, 27, finding a permanent home was just the beginning of her journey. Like Ruiz, Walker spent her youth in foster care. She often ran away from placements rather than live in abusive or toxic environments. But the streets were unwelcoming, and she developed a substance abuse dependency.

One day about seven years ago, Walker met an outreach team member from Step Up on Second and was intrigued by the services it offered. Yet her thinking was clouded by distrust.

“I was on drugs and all out of whack,” she said. “It took me a minute to finally see that Step Up was exactly what I was looking for. It was complicated to trust people who were trying to help me.”

Building trust is just the first part of securing stable housing. Many people who have experienced homelessness protect themselves by refusing to believe their situation can change, Lipka said.

“Most of these individuals never think they can get housing again,” he said. “You harden yourself against the hope and disappointment.”

Once people accept help, they must tackle bureaucracy. Case managers work with individuals to secure documentation, such as IDs or Social Security cards, needed to apply for financial assistance. After the paperwork is sorted, people receive housing vouchers.

Walker spent a year living in a hotel room before finding a permanent apartment through Step Up on Second. She said the time indoors was crucial.

“I didn’t really have any home training,” she said.

That included cooking and even shopping for food, Walker said. At one point, she asked her case manager about how to handle fish. Walker wasn’t sure if it should be refrigerated or how long it would last. She learned the hard way.

“My whole apartment stunk,” she said, laughing at the memory.

For case managers, no task is too small. Edward James oversees a team of what he calls “house stabilizers” at L.A. Family Housing, a residential and service provider. His staff members accompany tenants to doctor’s appointments and teach them how to get money orders for rent. To combat the inevitable loneliness that comes with new surroundings, James and his staff encourage formerly homeless tenants to meet one another and form a community. They also perform wellness checks and even bring in a chef to provide cooking lessons.

“It’s little things like that, the little touches, that helps them transition,” he said.

In the decade James has worked at L.A. Family Housing, none of his tenants have returned to homelessness, he said.

Across Los Angeles County, the retention rate after one year of permanent supportive housing is 90 percent, according to United Way of Greater Los Angeles. Data is not available beyond one year.

Step Up on Second’s success rate is closer to 96 percent, Lipka said. He considers Walker one of his many success stories. She is five years sober and thinking about getting a puppy. Walker also sits on the board of directors for Step Up on Second, a position that allows her to give back to the organization that helped provide a fresh start.

“The more you trust people, the more they can help you,” she said.

Pentagon May Keep Paratroopers in Mideast to Counter Iran

Save on cozy clothes and home goods at Nordstrom Rack

Venezuela's Guaidó calls for coalition government to fight the coronavirus

7 ways to set boundaries when working from home

Moscow goes into lockdown, rest of Russia braces for same

China will step up prevention and control of asymptomatic coronavirus cases

Lots of people are playing video games during coronavirus lockdowns