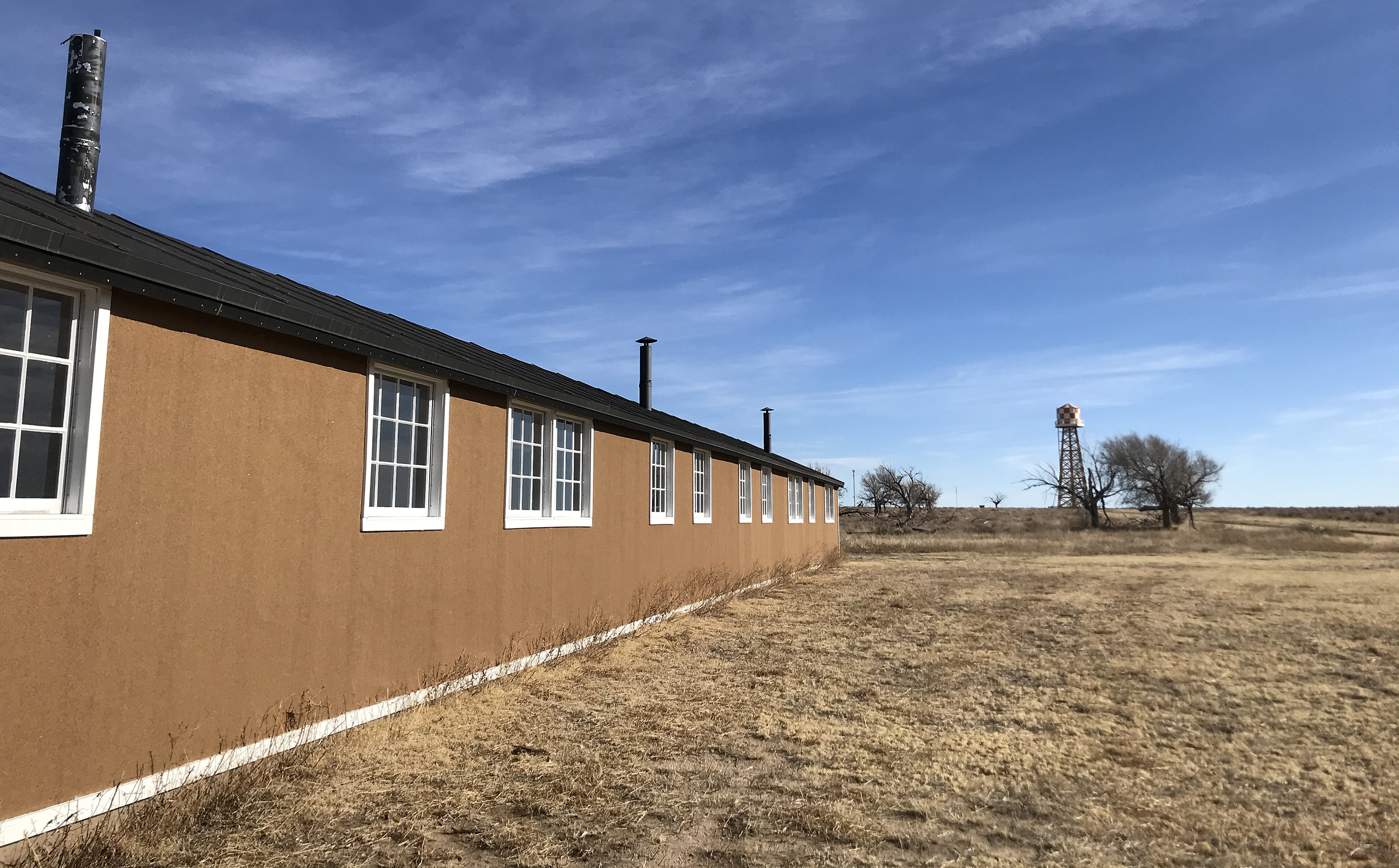 Today, however, structures are again starting to dot the landscape at Amache, which had been reduced to dirt, weeds and crumbling building foundations after the war. Amache is being pieced back together, bit by bit, by a high school teacher and his students who want to make sure this dark period of American history is not forgotten.

Students at Granada High School have spent hours interviewing former internees, gathering and cataloging artifacts, maintaining the grounds, giving presentations and curating a small museum, which this month is moving into a much larger building across the street.

Thanks in large part to their work, Amache is now being considered as a new national park, with federal staffers conducting a special resource study to evaluate the site. Congress will review the findings of that study, which could take up to three years, and make the final decision.

Amache opened in the fall of 1942 a mile outside Granada, Colorado, amid intense racism and anti-Japanese sentiment following the attack on Pearl Harbor.

Tens of thousands of Japanese Americans and people of Japanese ancestry were given just a few weeks — sometimes less — to pack their belongings into two suitcases, leaving behind their homes, pets, cars, businesses and family heirlooms. In addition to Amache, they reported to internment camps in California, Arizona, Idaho, Wyoming, Utah and Arkansas.

At its peak, Amache held more than 7,300 internees, who were confined within a single square mile by barbed wire and armed guards. Despite the abysmal conditions and cruel treatment, more than 950 Japanese Americans held at Amache joined the U.S. military and fought in World War II, including 31 men who died in the war.

At the end of the war, the federal War Assets Administration sold Amache’s buildings until all that remained were foundations and a dusty street grid. These structures got a second life on farms and in towns across southeastern Colorado and nearby parts of Kansas and Oklahoma.

Without buildings or signs explaining the history of the site, Amache soon became a distant memory. To this day, many Coloradans have never heard of the internment camp.

“Not only did we wrongfully imprison people who were American citizens, but we also wiped it clean from history,” said Tarin Kemp, a recent graduate of Granada High School who helps with Amache preservation efforts. “Even now, very few people learn about it in history classes. Most of the people I’ve talked to in Colorado don’t know there was a Japanese internment camp here. It really was erased from history almost completely.”

But high school teacher John Hopper wanted to change all that. Hopper, who grew up in nearby Las Animas, Colorado, came to Granada to teach social studies in 1989. He’d heard about Amache growing up and then again during college at Colorado State University, but did not know much.

After his first day of teaching, Hopper drove around looking for the site of the forced incarceration camp. He found a board nailed to a tree marking the long-forgotten site and drove home.

Several years later, however, the camp was still in the back of his mind. At the time, there were a handful of ambitious students in his U.S. history class and he wanted to give them a meaningful, challenging project to work on. Researching and, later, preserving, Amache seemed like the perfect fit.

“Once it was bulldozed over, it was out of sight, out of mind for a lot of people,” Hopper said. “When we started studying it, these students didn’t know anything about it and they lived half a mile away.”

In the early days, Hopper tasked the students with finding and interviewing former internees to gain first-hand information and stories about Amache, since few records of the camp existed.

The project slowly took on a life of its own, snowballing into an all-out preservation initiative.

More and more people began to take notice of their work, including former internees and their descendants, who shared their memories and donated hundreds of historic artifacts to help create the Amache Museum. Archaeologists at the University of Denver began bringing students to Amache to conduct field research. Several groups and organizations were founded to help keep the memory of Amache alive and bring the camp back to life.

Today, students help with maintaining the site and the small museum, lead site tours and give detailed presentations about Amache all over the world, including in Japan.

But words can only convey so much. Efforts are now underway to reconstruct the original buildings at Amache, which became a National Historic Landmark in 2006, so that visitors can see and feel what life was like for internees.

In 2018, a building that had been a camp recreation center and later served as the Granada city utility building was returned to its original site. A team of historic preservation specialists is currently restoring the building.

Working together, Amache preservation groups also reassembled and returned the camp’s water tower, found in pieces on a nearby ranch. Amache is also now home to historic recreations of a guard tower and a barracks.

Piers Morgan: GMB host lays into ‘woeful’ Boris Johnson ‘He doesn’t seem to have a clue'