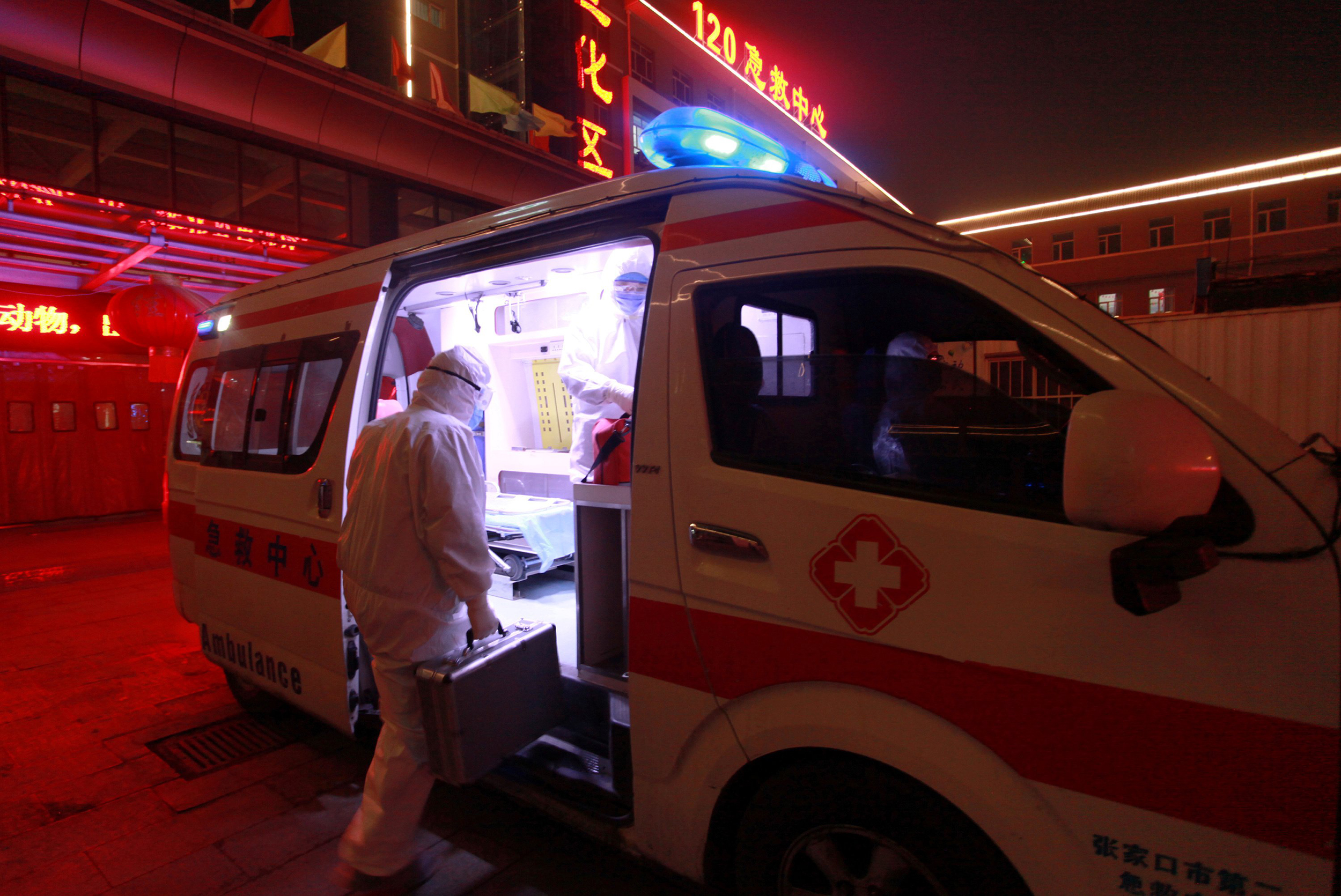 Authorities in Beijing have ordered residents returning home from traveling, to place themselves in a self-imposed quarantine for 14 days, in a bid to contain the virus.

The directive for self-isolation from the Beijing Office of Prevention and Control issued on Friday, came as the death toll in mainland China from the outbreak passed 1,500.

It said that those who refuse to accept the new measures of prevention, “shall be held accountable according to law.”— Eric Baculinao

American passengers quarantined aboard the Diamond Princess cruise ship in Japan where scores of people had tested positive for the novel coronavirus are to be evacuated on Sunday, according to an email sent to them by the U.S. embassy in Tokyo.

“The aircraft will arrive in Japan the evening of Feb. 16,” the email said. “Buses will move you and your belongings from the ship to the aircraft.”

It said they would “be screened for symptoms and we are working with our Japanese partners to ensure that any symptomatic passengers receive the required care in Japan if they cannot board the flight.”

As of Friday 218 of the 771 passengers and crew that have been tested are positive for the virus, also known as COVID-19, authorities said. At least 32 were Americans.

Chinese officials said there were 2,641 newly confirmed cases of coronavirus, 849 severe cases and 143 new death cases Friday. Most of the new cases, 2,420, were in Hubei, the National Health Commission said.

The commission also confirmed a total of 66,492 cases of COVID-19, the new name for the disease caused by the novel coronavirus, as of Friday evening. The death toll rose to 1,523, up from the 1,380 reported earlier in the day.

Chinese officials said late Friday 1,373 new cases were “cured” and 30,081 people flagged as a result of close contact with known carriers were no longer under medical observation. — Leou Chen

San Diego County declared a public health emergency Friday as American evacuees from Wuhan, China, the epicenter of the coronavirus outbreak, have been quarantined at Marine Corps Air Station Miramar in the city of San Diego.

The base received two flights of Wuhan evacuees last week. Two of the travelers have tested positive for the virus and were described as “doing well” and “fair,” respectively, by UC San Diego Health CEO Patty Maysent. Five other Wuhan evacuees were described as persons under investigation. All seven were at UC San Diego Health facilities, university officials said at a news conference Friday.

Additionally, two people intercepted at the U.S.-Mexico border were “possible subjects of investigation” as a result of their travel histories, said Dr. Eric McDonald of the Diego County Health and Human Services Agency. They were in the custody of U.S. Immigration and Customs Enforcement, he said.

County officials emphasized that the emergency, which followed a similar declaration by Santa Clara County in the Bay Area, did not signal increased odds of contracting the virus. They said it allowed local government to more easily tap needed resources. — Dennis Romero

The first coronavirus case on the African continent was confirmed by Egypt’s Health Ministry, Friday. The affected person is a foreigner who had been put into isolation at a hospital, it said in a statement.

It added that it had immediately informed the World Health Organization and had taken all necessary preventative measures.

Everyone who had come into contact with the person will be quarantined in their homes for 14 days, Dr. Khaled Mujahid, from Egypt’s Ministry of Health, said in the statement. The building where the person was staying had been “sterilized,” he said.

The health ministry did not give the nationality of the affected person or any other details. — Charlene Gubash and Reuters

Bloomberg bash at debate may give Democratic rivals new life

February 20, 2020
SEOUL/BEIJING (Reuters) - The streets of South Korea’s fourth-largest city were abandoned on Thursday, with residents holed up indoors after dozens of people caught...

South Korea and Vietnam are asking millions to stay home to...