NASHUA, N.H. — The day little-known small city mayor Pete Buttigieg launched his exploratory presidential bid in January 2019, a major media organization expressed reluctance to his campaign about even adding him to its list of White House candidates.

Almost exactly a year later, the day of Iowa’s caucuses, it was a very different story. Buttigieg’s day began in a Des Moines hotel room with a sprint of predawn national media interviews — NPR, CNN, MSNBC, Fox News and more.

It ended, 18 hours later, with the Buttigieg, 38, the openly gay former mayor of South Bend, Indiana’s fourth largest city, declaring an unexpected victory in the first contest of the 2020 presidential race. The Iowa Democratic Party officially awarded the most delegates to Buttigieg on Sunday night, even though NBC News has not yet called the botched race and Sen. Bernie Sanders, I-Vt., also has declared victory there because he won more popular votes.

Ahead of New Hampshire’s first-in-the-nation primary Tuesday, polls show Buttigieg running second and headed toward a solid finish behind Sanders.

Buttigieg has outlasted senators, governors and mayors of cities far larger than his to climb to the top of the biggest presidential primary field in history.

But the early contest is about to expand dramatically across the country, and Buttigieg is still struggling to connect with non-white voters, behind his competitors in building up presences in the states he’ll need for the long haul. And he’s starting to feel the full weight of scrutiny the media and opponents bring to bear on front-runners.

“One lap of success does not mean you have won the race,” said Antjuan Seawright, a Democratic strategist in South Carolina, which holds its primary on Feb. 29.

“This primary race is a marathon, not a sprint, and there are many more hurdles to climb and laps to run,” said Seawright, who is not aligned with any candidate.

Buttigieg is expected to get another boost in two days here in New Hampshire, where polls show he’s been climbing as moderate voters concerned primarily with beating President Donald Trump appear to be turning away from former Vice President Joe Biden.

But the next two voting states, South Carolina and Nevada, are far more demographically diverse, and the vast expanse of states that vote next month, starting with 14 states on March 3, Super Tuesday, will be a far bigger challenge.

“Iowa was our first chance to show that we have the ability,” Buttigieg said on a call with supporters Wednesday night. “New Hampshire is the place where we demonstrate that we have sustained momentum. It’s our chance to prove that we’re in this race for the long haul.”

Ray Buckley, the longtime chairman of the New Hampshire Democratic Party, got calls from 40 Democrats exploring presidential runs this year and has watched dozens more pass through his state over the years. He said he’s never seen someone rise faster.

“Nobody has done that,” Buckley said.

Buckley, who is openly gay, said it was especially poignant for him recalling the “horror-fear” he felt about being in politics after Harvey Milk, member of the San Francisco Board of Supervisors, was assassinated in 1978.

“People my age felt, ‘Oh my God, if I come out and I’m involved in politics, what if I get shot?'” Buckley said. “Now we’ve got a leading contender for president of the United States that’s married to [a man]. To have witnessed that span is just amazing.”

Although there was no way to know it at the time, Buckley was also one of the first people whom Buttigieg brushed aside when they both ran to be chairman of the Democratic National Committee after the 2016 election.

That effort, while not a typical run-up to a presidential bid, allowed Buttigieg to introduce himself to elite political players and national reporters before he dropped out of the race before any votes were counted.

“Only in America can someone have to drop out of the DNC’s chair [race] because they barely muster 1 percent of the vote and turn around and get top two in Iowa,” said Will Hallier, who managed the campaign of rival Keith Ellison, who narrowly lost to Tom Perez, the current DNC chairman.

Buttigieg bet everything on Iowa, and people close to his campaign acknowledge he would likely be heading toward the exit had things gone poorly there.

Chris Weinhold, an independent from Nashua, said he was leaning toward Biden on Tuesday until Iowa but is now liking Buttigieg.

“I just want somebody who’s going to take back the White House and be a decent human being,” said Weinhold, a produce manager for a grocery chain.

‘This guy’s not a Barack Obama’

Buttigieg is trying to follow the trajectory that launched Barack Obama — “another young man with a funny name,” as he often told Iowans.

But he’s shown no success in building the multiracial coalition that powered Obama’s success, despite months of trying to change the narrative.

“Oh, come on, man. This guy’s not a Barack Obama,” Biden said Saturday of Buttigieg.

In the most recent NBC News/Wall Street Journal national poll, Buttigieg and Sen. Amy Klobuchar, D-Minn., were alone among the leading candidates in registering zero percent support among African-Americans.

“No candidate running for president resonates less with black voters, and all voters of color for that matter, than Pete,” said Shaun King, a black activist and Sanders surrogate who opened for Sanders at a rally here last week. “Had 2020 started anywhere other than one of the whitest states in the nation, Pete would’ve debuted in fifth or sixth place.”

What could change, Buttigieg’s campaign hopes, is that Biden continues to fade and voters of color re-assess whether he is really the best candidate to take on Trump.

“These aren’t monolithic groups, but majorities want to back a winner,” said Michael Halle, a senior adviser to the campaign. “Being able to demonstrate success early was critical.”

The campaign is highlighting Buttigieg’s having won so-called pivot counties in Iowa, which flipped from Obama to Trump, arguing that the moderate Buttigieg can attract white voters who might otherwise vote Republican.

“I voted Republican in the last election, and Pete is the only one who could maybe make me change my mind,” said Jana El-Sayed, who wore her Miss New Hampshire beauty pageant sash to a Buttigieg event.

Buttigieg’s campaign has about 500 people on staff now, up from the four it started with in a former dentist’s office in South Bend, although some other campaigns have larger operations.

His advisers argue that the national media narrative is more important than staff on the ground, because no realistic amount of door-knocking or organizing is going to make a real difference in the giant states that vote on Super Tuesday, like California and Texas.

It all depends on convincing Democrats that he can beat Trump, and his rivals are beginning to paint him as a lightweight, an attack that proved devastating for the last out-of-nowhere nice-guy phenom of the 2020 race, former Rep. Beto O’Rourke of Texas, who quit early.

And perceptions could turn hard against Buttigieg if he does poorly in Nevada and South Carolina, no matter what happened earlier in Iowa and New Hampshire.

“When voters are dissecting who they think can win,” said Lilly Adams, a former aide to Kamala Harris and Hillary Clinton, “they’re just thinking about people who they’ve seen win.” 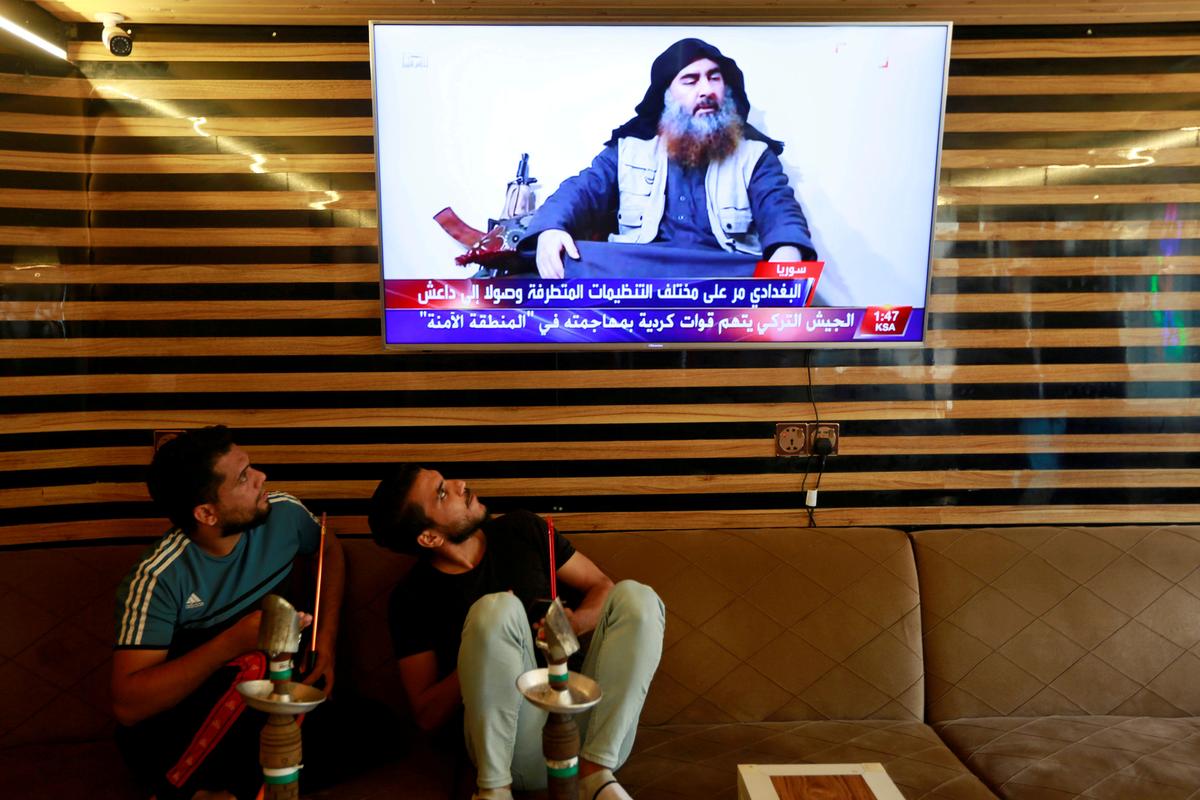 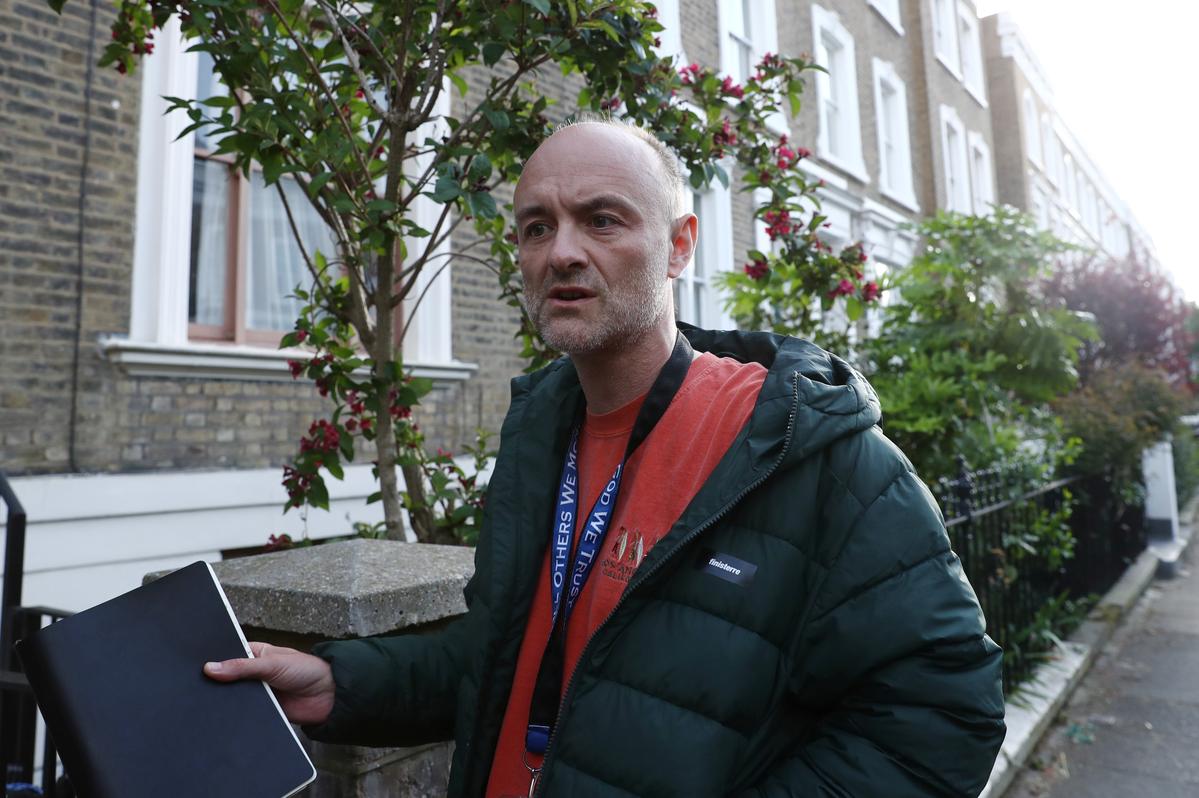 Dominic Cummings, special advisor for Britain’s Prime Minister Boris Johnson returns to his house in London, following the outbreak of the coronavirus […]