The finale of President Donald Trump’s impeachment trial brought joy to Republicans and frustration to Democrats. In Kyiv, there was another sentiment: relief.

“We are glad it’s done,” said Igor Novikov, an adviser to Ukrainian President Volodymyr Zelensky. “If we could choose, this thing wouldn’t have happened. It would have been building the relationship rather than trying to save it from something very political, very loud.”

“It’s a really strange thing,” he added. “It all happened so quickly.”

Novikov spoke by phone shortly after the Senate voted along party lines (minus Sen. Mitt Romney) to acquit the president. In a wide-ranging conversation, he discussed the head-spinning experience of a young government finding itself in the middle of the biggest story in the world. And he didn’t rule out the possibility that someday, Kyiv could still cooperate with an official U.S. request to investigate a company linked to the Biden family.

“It definitely was stressful,” Novikov said. “It was literally 24/7 of reading the news, analyzing the news, talking to people, and strategic sessions in the middle of the night. The key to this—and I think we succeeded—was to be on top of the situation.”

The process brought near-disasters and surreal moments. Before Trump’s now-infamous July 25 call with Zelensky, Novikov said one member of Zelensky’s team urged him to offer Trump the opportunity to build a Trump Tower in Kyiv. A similar effort by Russian nationals during the 2016 campaign became a key focus of special counsel Robert Mueller’s probe of Russian influence on that race.

“Imagine if that were also part of that call,” Novikov said of a Trump Tower Kyiv pitch. “Can you just imagine how that would have played out?”

“We had plenty of stupid, hilarious, scary, and stressful situations that we had to deal with,” he added. One particularly jarring moment came when Rudy Giuliani, Trump’s personal lawyer, tweeted a screenshot that included the cellphone number of Andriy Yermak, a Zelensky adviser.

“I saw that tweet, I wrote to Yermak, and told him to change his number,” Novikov said. “Then I stayed on Twitter for like 30 minutes just watching people exchange messages saying, ‘Ooh I just sent him a message, ooh I tried calling him, ooh he picked up.”

On the July 25 call, Trump asked Zelensky to speak with Giuliani about the firing of a Ukrainian prosecutor who was investigating a company linked to former Vice President Joe Biden. That same month, Trump ordered subordinates to withhold military aid that Congress had promised to send Ukraine. An intelligence community whistleblower then filed a report alleging Trump held up the aid in an extortion attempt designed to win political goodies. And Trump’s ambassador to the European Union testified to impeachment investigators that the president demanded a quid pro quo from Kyiv through Giuliani.

Despite repeated demands from Trump’s allies, Zelensky never publicly announced an investigation of the Biden-linked company Burisma Holdings. Ukraine eventually got most of the military aid after news broke of the whistleblower report. But an arguably greater prize—a White House visit for Zelensky—has yet to materialize.

Novikov said Kyiv is still optimistic about such a visit. He pointed to a meeting between the two heads of state at the U.N. General Assembly in New York, shortly after the impeachment story began to unfold. The two men had a productive conversation, Novikov said, and Trump encouraged Zelensky to engage with Russia.

“It was definitely a good warm-up for the Oval Office meeting that will eventually happen, I’m sure of that,” he said.

Zelensky inherited a messy relationship with the U.S., Novikov added. At the time of Trump’s election, the country’s leaders—and many of its people—had an overwhelmingly negative view of him. The country’s ambassador to the U.S. at the time, Valeriy Chaly, went public with that sentiment in an op-ed for The Hill criticizing then-candidate Trump for comments on the Russian occupation of Ukraine’s Crimean Peninsula. In the years since, Republicans have pointed to the op-ed to buttress arguments that Ukraine meddled in the 2016 elections. In Ukraine, deep-seated concern about Trump was no anomaly.

“It was always, ‘Trump is connected with Russia, so Trump hates Ukraine,’ and so on and so forth,” Novikov said. “Everyone got caught up in that and nobody ever highlighted the other side of the argument: that Trump could be good news for Ukraine, that he could be not about surrender but about peace, and those are two different things.”

Some of that hostility seems to have persisted. Novikov said one of the biggest challenges Zelensky’s advisers faced during the impeachment process was leaks about Trump and Ukraine.

“Correct me if I’m wrong, but the vast majority of leaks that happened were anti-Trump,” he said.

The leaks complicated the Zelensky team’s efforts to stay neutral on the American political fight—a stance that was vital to save their bipartisan congressional support, Novikov said.

“I’m biased, I’m his adviser, but I have to stress the point that he did incredibly well,” he said. “He resisted temptations and sometimes even advice to get involved in this.”

And when it comes to Burisma, Novikov said Kyiv’s position hasn’t changed.

“We won’t do anything unofficially,” he said. “We won’t meddle in your domestic politics. In order for the president to make his mind up on any particular issue, he needs to be formally approached… Any formal request from an ally and our main partner and our most respected friend would definitely not be ignored.”

“There are only two ways to bury the hatchet on this issue: to at least look into the facts, or to forget and move on,” he added.

With impeachment finished, the American political focus on Ukraine will abate. But it won’t disappear. Moments after the acquittal vote, Johnson and Grassley asked the Secret Service for Hunter Biden’s travel records.

“We will come out—and we have come out—stronger from this whole situation,” he said. 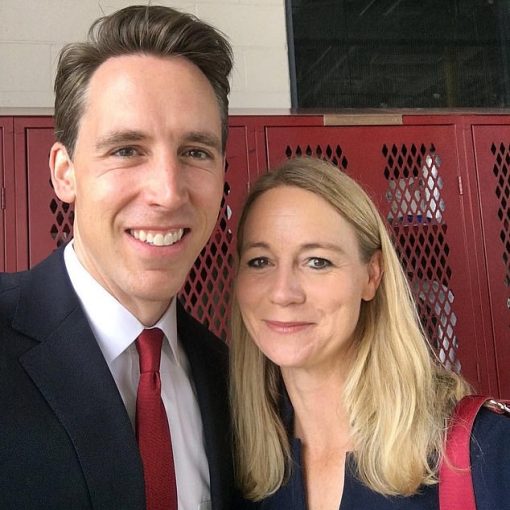 The wife of Republican Sen. Josh Hawley has filed a criminal complaint against the organizer of a protest which took place outside […] 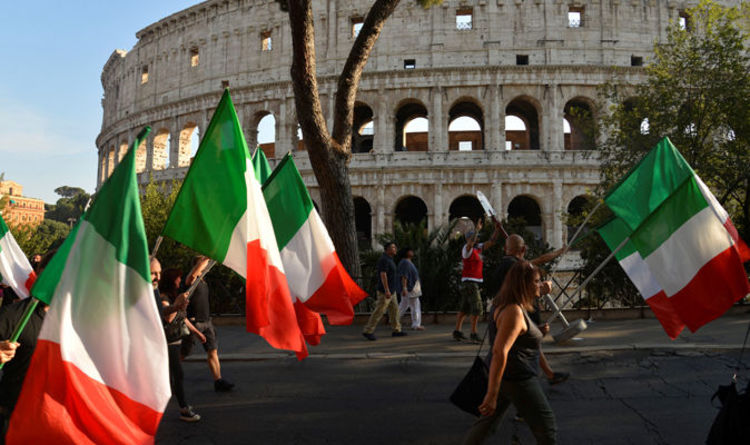 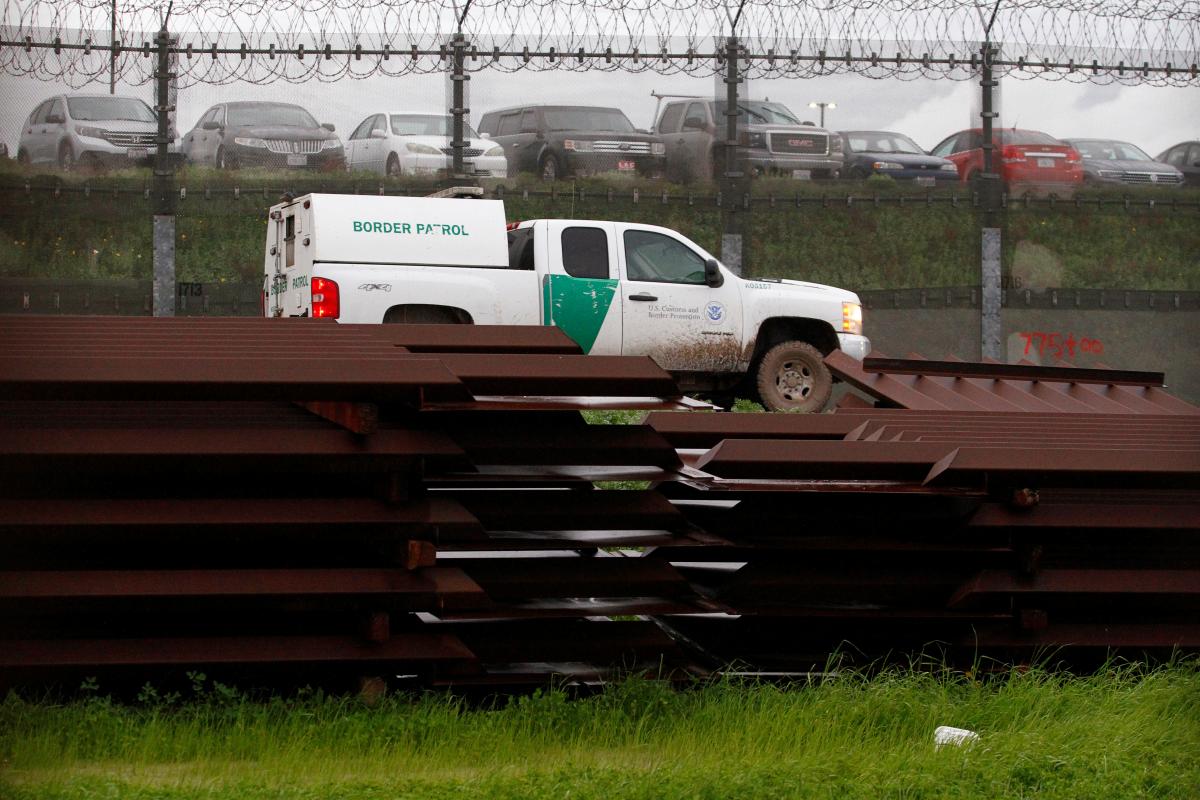 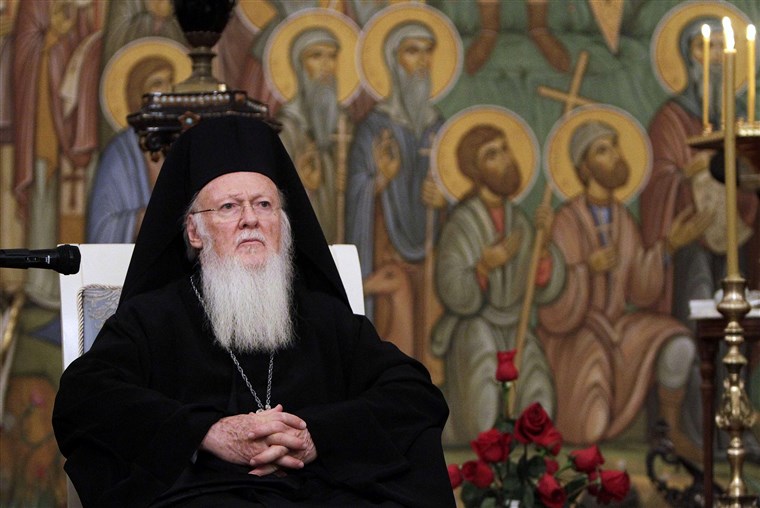