On Monday evening, tens of thousands of Democrats in Iowa will brave the cold and gather in schools, churches, gyms and libraries to decide on their favourite presidential candidates.

It’s the first stop in the race for the Democratic nomination – but it’s not a traditional vote as you know it.

Most US elections involve filling in a ballot paper in private. But in Iowa’s caucuses, Democrats will gather in noisy rooms, stand in different zones to show which candidate they support – and try to convince others to switch sides.

Here’s what’s unusual about one of the first key contests for Democrats who want to take on Donald Trump.

1. It’s a bit like musical chairs – with lots of shouting, and baked goods

After representatives from the campaigns make their final pitches, everyone has to gather with others who support the same candidate.

“There’s this process where everybody stands up and moves… you have to find other people” in your group, says Karen Kedrowski, a political science professor at Iowa State University.

“When everybody has stopped moving, they freeze the room and folks count how many are in each sub-caucus.”

At this point, any candidate with fewer than 15% of the total number of people in the room is considered unviable – and their supporters have the chance to go to another candidate’s zone.

It’s been likened to a high-stakes game of musical chairs, but louder. “Folks that are wandering around are likely to get persuaded quite forcefully by supporters of other candidates” to join them, says Prof Kedrowski.

In previous caucuses, reporters even saw some supporters offer free cookies and other treats as they encouraged voters to head towards their corner.

Following this second round, all candidates with more than 15% of votes are allocated a number of delegates who will represent their interests in the later stages of the nominating process.

2. It’s not actually an election

The Iowa race gets plenty of coverage because it comes first – but it’s not an election. Caucus actually means “a meeting of neighbours”, and they’re run as internal party meetings.

As a result, the process is run by party volunteers rather than election officials – and orchestrating such a complicated process across all 1,678 precincts in the state is a challenge.

Bret Nilles, Chair of the Linn County Democrats, is responsible for 86 precincts, and expects up to 20,000 people to show up to his caucuses. He likens it to “planning 86 wedding receptions when you don’t know how many people are going to show up”.

An added challenge is that voters need to be in the room at the same time for the count – and close to 600 voters could be showing up and moving around in the largest venues.

“People in other states may not understand why you’d stand around for two hours for a caucus,” says Ann Anhalt, from Des Moines. However, she loves the political process and, despite the snow, has travelled to outlying towns and seen six of the candidates in person.

3. Iowa may be first – but it started by accident

In fact, its Democratic caucuses ended up so early in the calendar partly because of understaffing, and a slow mimeograph machine.

In 1968, Hubert Humphrey became the Democratic candidate for president without winning any of the presidential primaries – leading to an outcry and protests at the Democratic Convention.

After he lost to Richard Nixon, the party decided it had make its nominating process more transparent by publicising when caucuses were taking place, holding them in public spaces, and making them open to all registered members.

Since the process in Iowa involves four stages (precinct caucuses, and then county, district and state conventions), and since the party there was “underfunded and understaffed”, Iowa needed a particularly long time, says Prof Kedrowski.

The chair of the Iowa Democrats also wanted all delegates to have a copy of the rules and proposals – but the party’s copy machine was old and slow.

“In order to comply with all the new requirements, the Democratic Party of Iowa worked out they needed at least a month between [each stage] to pull together all the paperwork,” says Prof Kedrowski. “By the time they backed up the calendar, they ended up leapfrogging New Hampshire – and nobody at the time noticed.”

This changed in 1976 when Jimmy Carter used the Iowa caucuses to jump-start his presidential campaign.

Since then, Iowa has worked to ensure it comes first in the nominating calendar – Republicans and Democrats even agreed to hold their caucuses on the same day “to maximise attention” from media and politicians, says Prof Goldford.

4. You can be ‘uncommitted’ – but you might get stuck

If voters don’t have a favourite candidate, they can opt for being “uncommitted”.

This was actually a popular choice in the past – in 1972, and 1976, the “uncommitted” option actually won the most delegates in Iowa (Jimmy Carter came second).

This year, new caucus rules mean that voters are locked in after the first round if their preferred option passes the 15% threshold – which means that if enough voters are unsure about who to vote for in the first round, they could end up getting stuck.

But experts say this is unlikely to happen this time. “Fewer and fewer people have been counting themselves as uncommitted” in recent years, says Prof Goldford, “because the caucuses have become such a centre of attention”.

5. Some delegates could get decided by coin flips

This typically happens when two candidates have the same number of supporters but there’s an odd number of delegates. The coin toss determines who gets the extra delegate.

It may sound arbitrary, but a lot of states use similar methods- in Nevada’s Democratic caucuses, ties are broken by whoever draws a higher card from a deck of cards, while in Mississippi, a state election tie was resolved by drawing straws.

In 2016, there were conspiracy theories after reports that Hillary Clinton won six coin tosses in Iowa – although experts pointed out that her rival Bernie Sanders also won several coin tosses, and that mathematically, the number of delegates won through coin flips was not significant.

The coin toss was “a party rule that they put in, thinking it would be rarely used – but it ended up being used a lot, which is a testament to how close Sanders and Clinton were,” says Prof Kedrowski.

6. Some Republican supporters take part too

Only registered Democrats can take part in the caucus – but voters can register or change their party affiliation at the door.

Ms Anhalt has voted Republican since 1996, and is a registered party member. She says she is “not disillusioned, and not unhappy” with her party – but nonetheless plans to switch affiliation so she can support Andrew Yang at Monday’s caucus.

She credits her support due to the face to face exposure Iowans get to candidates – she attended events for various Democratic candidates “just to see the process”, and unexpectedly became impressed with Mr Yang.

“I like his fresh ideas – you have to see him, and hear him… you can’t get it from a 30-second commercial,” she says.

She says the caucuses are good because candidates “have to come and go town to town” and “they have to be humble”.

“You can ask a question, or at least shake their hand… you can hardly meet them anywhere else.”

However, this doesn’t mean she’ll necessarily be a Democratic voter in November’s presidential election. “If Andrew Yang does not make the ticket… I’ll decide on the day.”

For the first time ever, Iowa is allowing satellite caucuses outside of the state. It has 92 satellite sites elsewhere in the US, and sites in Paris, Glasgow, and Tbilisi.

It’s because the caucuses have been criticised for being inaccessible to shift workers and those with caring responsibilities.

To take part in a caucus, “you have to show up at 7pm on a Monday night in the winter,” says Prof Goldford. “You’ve got to hope you’re not on a night shift, not out of the state, that your car starts at the baby sitter shows up.”

The new locations may help a bit – but participants still need to be physically in the room when the caucus starts. There were plans for a virtual ballot – but these were vetoed over cyber security fears.

Why doesn’t Iowa allow absentee ballots or a longer voting window instead? It has a tacit agreement with New Hampshire – the second state in the selection process, and the first to hold a primary.

“New Hampshire is going to raise holy heck if Iowa does anything that smells or feels too much like a primary,” says Prof Kedrowski.

Here’s another first – Iowa will allow 17-year-olds to vote in the caucuses, as long as they are 18 by the time November’s presidential election rolls around.

This is thanks to a law that came into effect in January 2019 – and state officials say almost 5,000 17-year-olds have now registered to vote.

Given how tight some of the caucuses were last time, having younger voters involved could tip the balance.

If you arrive at your precinct after the start time, you’re out of luck – you won’t be able to take part.

That’s because organisers need to work out what 15% of all of the people in the room is, to determine which candidates are viable – and even one latecomer could change the percentages.

Organisers are “literally recruiting volunteers to stand at the end of the line at 7pm” to make sure latecomers don’t vote, says Prof Kedrowski. 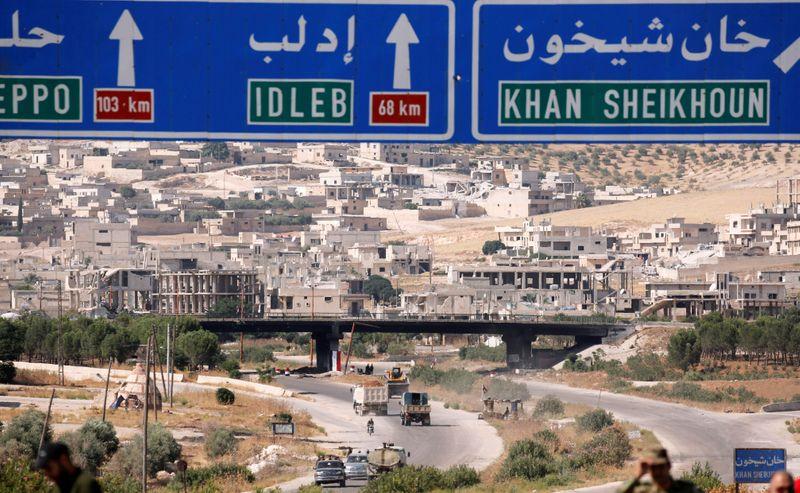 The Trump administration plans to use proceeds from the sale of fuel confiscated from Iranian tankers to benefit victims of terrorism, officials […] 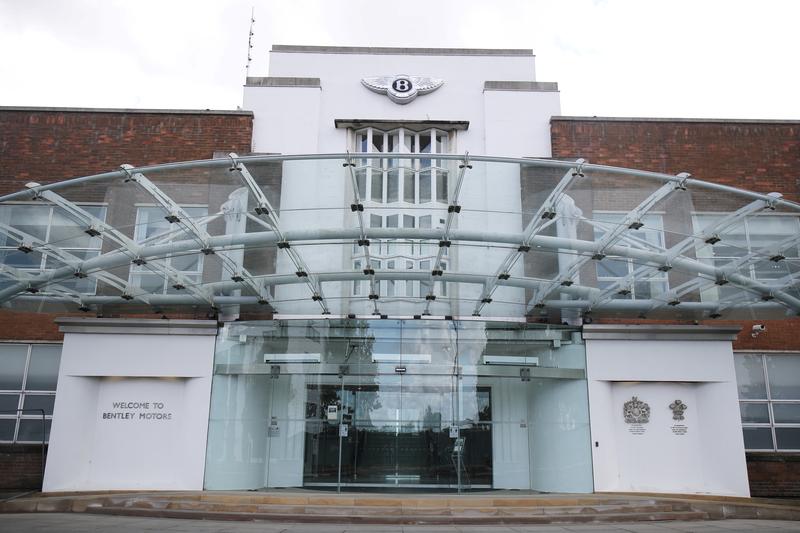