LOS ANGELES (AP) — The helicopter carrying Kobe Bryant didn’t have a recommended warning system to alert the pilot he was too close to land but it’s not clear it would have averted the crash that killed nine as the aircraft plummeted toward a fog-shrouded hillside, federal regulators and experts said.

Pilot Ara Zobayan had been climbing out of the clouds when the aircraft banked left and began a sudden and terrifying 1,200-foot (366-meter) descent that lasted nearly a minute.

“This is a pretty steep descent at high speed,” Jennifer Homendy of the National Transportation Safety Board said Tuesday. “We know that this was a high-energy impact crash.”

The aircraft was intact when it hit the ground, but the impact spread debris over more than 500 feet (150 meters). Remains of the final victims were recovered Tuesday and so far the remains of Bryant, Zobayan and two other passengers have been identified using fingerprints.

Determining what caused the crash will take months, but investigators may again recommend that to avoid future crashes helicopters carrying six or more passenger seats be equipped with a Terrain Awareness and Warning System (TAWS) that would have sounded an alarm if the aircraft was in danger of crashing.

The agency made that recommendation after a similar helicopter, a Sikorsky S-76A carrying workers to an offshore drilling ship, crashed in the Gulf of Mexico near Galveston, Texas, killing all 10 people on board in 2004.

The NTSB concluded if TAWS had been installed, pilots would have been warned in time to prevent hitting the water. The board recommended that the Federal Aviation Administration require the warning systems. Ten years later, the FAA eventually required such systems on air ambulances, but not other helicopters.

FAA officials had questioned whether the technology would work on helicopters, which fly lower and could trigger too many false alarms that might detract from safety.

The NTSB said FAA’s response was unacceptable, but dropped the matter.

“Certainly, TAWS could have helped to provide information to the pilot on what terrain the pilot was flying in,” Homendy said of the helicopter that was carrying Bryant.

Homendy also said it was too soon to say whether the pilot had control of the helicopter during the steep, high-speed descent, although she noted that “it wouldn’t be a normal landing speed.”

Bill English, investigator-in-charge of the agency’s Major Investigations Division, said it’s not clear yet whether “TAWS and this scenario are related to each other.”

Helicopter pilot and aviation lawyer Brian Alexander said any collision warning system on aircraft going over mountainous terrain is welcome but the FAA recognizes they can sometimes do more harm if they are going off constantly and distracting the pilot. In any case, he added, it’s not clear that one would have helped Bryant’s pilot.

It “wouldn’t necessarily have prevented the crash if this was a combination of a deteriorating weather situation and the pilot experiencing spatial disorientation,” said Alexander of Kreindler & Kreindler. “Your body is sensing something that isn’t happening. Another warning system screaming at you isn’t going to help.”

While TAWS was not installed on the helicopter flying Bryant, the aircraft did have a warning system using GPS, said pilot Kurt Deetz, who flew Bryant dozens of times in the chopper over a two-year period ending in 2017.

English said the agency is looking to document whether there was a GPS-based terrain avoidance system, but said it “doesn’t look to be part of the scenario.”

Zobayan, 50, was well-acquainted with the skies over Los Angeles and accustomed to flying Bryant and other celebrities.

He had spent thousands of hours ferrying passengers through one of the nation’s busiest air spaces and training students how to fly a helicopter. Friends and colleagues described him as skilled, cool and collected, the very qualities you want in a pilot.

Zobayan had flown the day before the crash on a route with the same departure and destination — Orange County to Ventura County. But on Sunday, he had to divert because of heavy fog.

His decision to proceed in deteriorating visibility, though, has experts and fellow pilots wondering if he flew beyond the boundaries of good judgment and whether pressure to get his superstar client where he wanted to go played a role in the crash.

Jerry Kidrick, a retired Army colonel who flew helicopters in Iraq and now teaches at Embry-Riddle Aeronautical University in Prescott, Arizona, said there can be pressure to fly VIPs despite poor conditions, a situation he experienced when flying military brass.

“The perceived pressure is, ‘Man, if I don’t go, they’re going to find somebody who will fly this thing,’ ” Kidrick said.

The chartered Sikorsky S-76B plowed into a cloud-shrouded hillside as the retired NBA star was on his way to a youth basketball basketball tournament in which his daughter Gianna was playing. Two of her teammates also were on the helicopter with parents.

NTSB investigators have said Zobayan asked for and received permission from air traffic controllers to proceed in the fog, which Homendy said was “very common.” In his last radio transmission before the helicopter went down, he reported that he was climbing to avoid a cloud layer.

Investigators have not faulted his decision. or determined why he made it. The FAA warns helicopter pilots that it is their job to decide whether to cancel a flight because of bad weather or other risks, and to have a backup plan in case weather worsens during the flight.

Randy Waldman, a Los Angeles helicopter flight instructor who viewed tracking data of the flight’s path and saw a photo of the dense fog in the area at the time, speculated that Zobayan got disoriented in the clouds, a common danger for pilots.

He said Zobayan should have turned around or landed but may have felt the pressure to reach his destination, an occupational hazard for pilots often referred to as “got-to-get-there-itis” or “get-home-itis.”

“Somebody who’s a wealthy celebrity who can afford a helicopter to go places, the reason they take the helicopter is so they can get from A to B quickly with no hassle,” Waldman said. “Anybody that flies for a living there’s sort of an inherent pressure to get the job done because if too many times they go, ‘No, I don’t think I can fly, the weather’s getting bad or it’s too windy,’ … they’re going to lose their job.”

Deetz said he often flew Bryant to games at Staples Center, and never remembered the Lakers star or his assistants pressing him to fly in bad weather.

“There was never any pressure Kobe put on any pilot to get somewhere — never, never,” Deetz said.

Deetz said that he flew with Zobayan a half-dozen times and that he was familiar with airspace and terrain around Los Angeles and knew “the back doors” — alternative routes in case of trouble, such weather changes.

Others who knew Zobayan praised him as unflappable and skilled at the controls.

“Helicopters are scary machines, but he really knew what he was doing,” said Gary Johnson, vice president of airplane parts manufacturer Ace Clearwater Enterprises, who had flown with Zobayan about 30 times in roughly eight years. “I wouldn’t do it unless he was the pilot.”

Zobayan was chief pilot for the craft’s owner, Island Express Helicopters. He also was a flight instructor, had more than 8,000 hours of flight time and had flown Bryant and other celebrities, including Kylie Jenner.

He even had a bit TV part when he and actor Lorenzo Lamas, a fellow pilot, flew the ex-girlfriend of comedian Andy Dick around in a chopper for an episode of “Celebrity Wife Swap.”

Island Express has had three previous helicopter crashes since 1985, two of them fatal, according to the NTSB’’s accident database. All involved flights to or from the company’s main destination of Santa Catalina Island, about 20 miles off the Southern California coast.

In 2008, three people were killed and three injured when an Island Express helicopter was destroyed as it came in for a landing on the island. Investigators said the chopper lost power, probably as a result of cracking in turbine blades inside the engine.

Fatal helicopter accidents have fluctuated between 17 and 30 a year since 2013, according to a safety group that includes representatives of the helicopter industry and the Federal Aviation Administration. The rate of accidents per hours flown has declined slightly over that time.

Inclement weather has been cited as a cause of other deadly celebrity helicopter crashes.

Grammy-winning blues guitarist Stevie Ray Vaughan was among five people killed in 1990 when their helicopter slammed into a hill in dense fog after leaving a concert in Wisconsin. Music promoter Bill Graham and two others, including the pilot, were killed when the pilot ignored warnings not to fly in rain and fog and flew into power lines outside San Francisco in 1991.

On Tuesday, the last of the bodies and the wreckage were recovered from the weekend crash in Calabasas.

Fingerprints were used to confirm the identity of Bryant, 41; Zobayan; John Altobelli, 56; and Sarah Chester, 45. While the the coroner has not identified five other victims, relatives and acquaintances have identified them as Bryant’s 13-year-old daughter, Gianna; Sarah Chester’s 13-year-old daughter, Payton; Altobelli’s wife, Keri, and daughter, Alyssa; and Christina Mauser, who helped Bryant coach his daughter’s team. 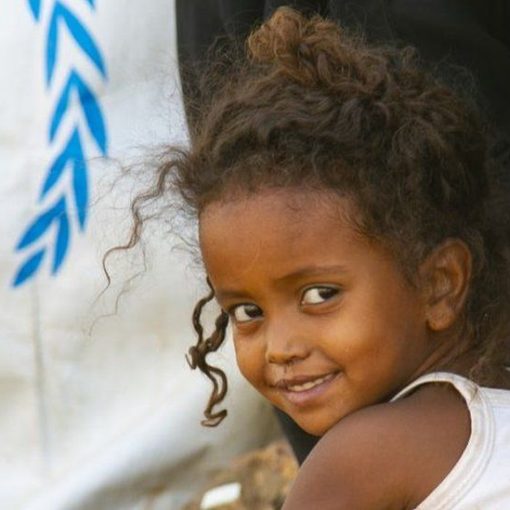 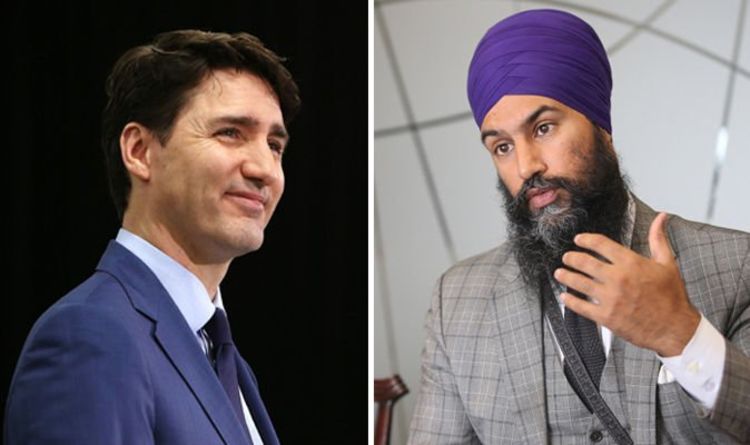 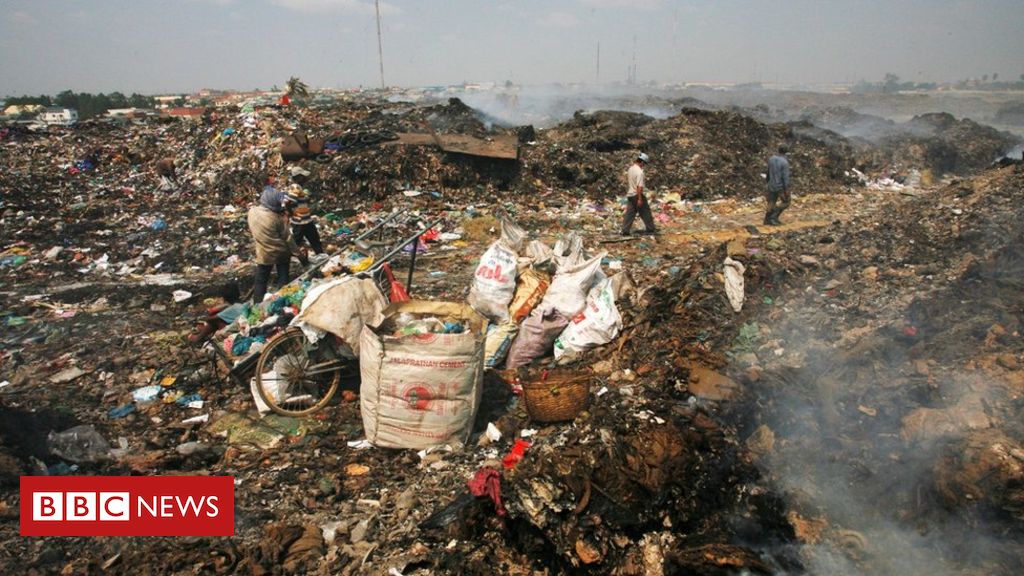 Image copyright Satoshi Takahashi/Getty Images Image caption Thousands worked on the Stung Meanchey dump, seen here in 2008 It was the most […]