Skip to content
It’s not a surprise to learn that Journey to the Savage Planet’s creative director last worked on Far Cry 4. The two games are made broadly out of the same pieces: a lush explorable map, some light looting and crafting, and a satirical story as the backbone to hold it all up. But where the Far Cry series has increasingly revolved around a single loop – go to map marker, shoot things at map marker, pick up loot – Journey to the Savage Planet attempts to explode that notion by using its open-ish world far more liberally. It succeeds, for a while.There’s still combat, but Journey to the Savage Planet’s world is also used as a platform for non-guided exploration, puzzle solving, scavenger hunts, and loads of fart jokes. Perhaps its biggest fault is that, as time goes on, it feels as though it can’t quite escape the inexorable gravitational pull towards combat video games so often have, ending with a feeling of ‘cut-price Far Cry’, rather than the grand science fiction experiment it could and perhaps should have been.

You wouldn’t know that upon starting out, however. Journey to the Savage Planet opens with a comedic flourish – a pleasingly overblown FMV featuring the CEO of Earth’s fourth-best interstellar exploration company informs you that you’ve landed, er, ‘heavily’ on a planet, codenamed AR-Y 26, that could be used to resettle our species. Your job is to explore it, catalogue its flora and fauna, and see if there’s some kind of cosmic sludge lying around that you can use to refuel your ship and head home. With a certain inevitability, you soon discover that something else has visited AR-Y 26 before you, and your primary mission becomes to find out what it was, why it left gigantic structures all over the place and, perhaps most importantly, why it isn’t here anymore.It’s an intoxicating set-up, prodding you into its well conceived (if slightly low-rent) pulp sci-fi world – monsters that liberally spray Nickelodeon gunge, giant mushrooms, inexplicably floating islands and all – teaching you how to get around, and then pretty much leaving you alone. There’s a very broad, but not unenjoyable, satire at work behind all this, showing a version of future humanity devoured and repurposed by mega-corporations – which becomes just a touch ironic when you consider that the developer was bought by Google shortly before release.

Initially, Savage Planet offers the literal upward momentum and bright palette (both in colour and and emotion) of Grow Home, the slowly uncovered alien history/conspiracy of Outer Wilds, and the gameified taxonomy of Zelda: Breath of the Wild’s Sheikah Slate camera. Ultimately, all those inspirations amount to watching a series of numbers tick up in the form of a naked quest to discover 100% of places (which, delightfully, fills your ship with postcards for them, illustrated like ‘70s novel covers), find 100% of the buried bits of alien technology, and see 100% of nature’s cruellest mistakes. That’s no bad thing, however, if the pursuit of 100% is fun along the way. When Savage Planet begins, it absolutely is.

I spent most of my opening hours obsessively scanning wildlife, working out what was coming out of the unidentified egg sacs I kept popping (turns out it’s a series of seeds, used for the likes of bouncing, grappling, or gluing prey to the floor), and returning to my ship/hub, the Javelin, to watch the Justin Roiland-flavoured adverts for dystopic products that play on every screen when you walk in. I spent almost none of those hours doing what Savage Planet asked me to, and I was very rarely reminded that I should be doing something else. It was great.

Journey to the Savage Planet Screenshots

This isn’t quite an open world game – a Metroid-esque series of upgrades have to be bought with scavenged resources in order to access new areas and biomes – but it’s surprisingly self-directed. Early on, I ignored a mission to find an alien alloy in favour of ‘looking for cool stuff in caves’, when I came across a miniature treasure puzzle hidden behind a labyrinth of crystalline tunnels. After I solved it, that same alloy popped out of a chest, and my AI sidekick, EKO, congratulated me on finding it in completely the wrong place. It was a moment that sold me on a concept – I could seemingly travel down the critical path by… not necessarily travelling down the critical path. Sadly, the further down that path I wandered, the less that concept seemed enticing.

The element I least enjoyed about those early stages was Savage Planet’s approach to combat. You’re given an upgradeable pistol early on, but are encouraged to use it to interact with the environment just as much as pop wandering Pufferbirds to see what comes out. That doesn’t stay the case – the further up AR-Y 26’s mysterious central tower you travel, the more aggressive the wildlife becomes, and the more rewards are locked behind just mindlessly shooting things. Eventually, you start finding wildlife with tiny, glowing weak spots, and even rote, pattern-led boss fights blocking your way. Coupled with the fact that pistol upgrades are almost universally dull – the most interesting being to add a ricochet effect – and exploring certain areas becomes an over-cautious chore rather than an intriguing investigation.

My Meat Buddy and Me

Each time you turn it on, Journey to the Savage Planet offers an online co-op option. Playing with someone else changes little about the experience – which is the perfect choice, as it turns out, because traipsing and spelunking across AR-Y 26 remains a pleasure with a friend, not least when you start messing with its more open-ended mechanical systems together. It even helps allay my issues with combat, with many enemies becoming much shorter work when someone else can flank around and hit their weak spots (although it doesn’t quite make up for the copmbat being tedious in the first place). My favourite part of co-op, however, is the lore reasoning for your partner being there in the first place: it turns out player two is a semi-living golem of reconstituted meat scraps, poured into a spacesuit for your exploration pleasure. Which is how I see most of my friends, as it happens.

It’s not that I think combat shouldn’t be in this kind of game, it’s that the ratio is off – the abundance of combat doesn’t match up with how much variation you can get out of it. Far Cry has a lot of violence, and a lot of different ways to perform it; Savage Planet has quite a bit of violence too, but just a single pistol and those afore-mentioned seeds (which are, at best, extremely situational items). In the context of what systems and choices are offered as a whole, combat is the least interesting one, and yet you’re forced into it near-constantly by the final hours.

The upshot is that Savage Planet slowly devolves from a free-wheeling muckabout in an unfamiliar game world into something far more expected, and far less interesting. That hopeful, experimental core never truly disappears, but it’s shrouded by the need to dully clear out areas with your pistol before actually looking around them or solving their mysteries. By its final stages, that rush for 100% felt far less appealing. 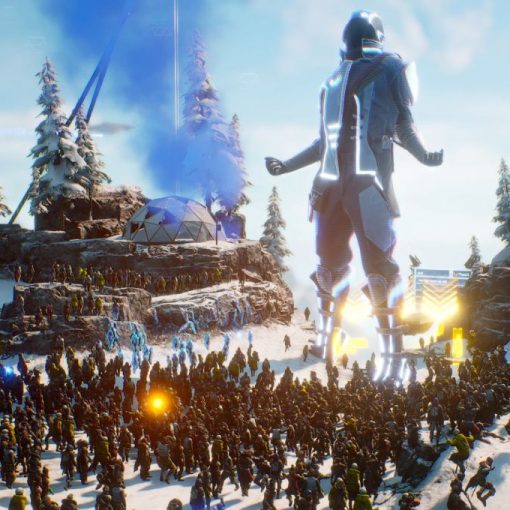 Scavengers is a battle royale, sort of, although James said in his April preview that it’s really more akin to a friendlier, […] 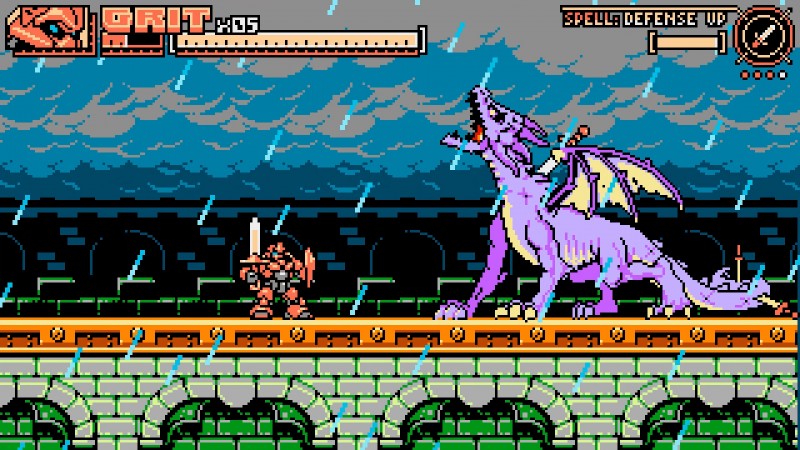 Are you craving an 8-bit retro-styled action-packed experience featuring a ton of weapons and robots? Panzer Paladin might be something to check out, and […] 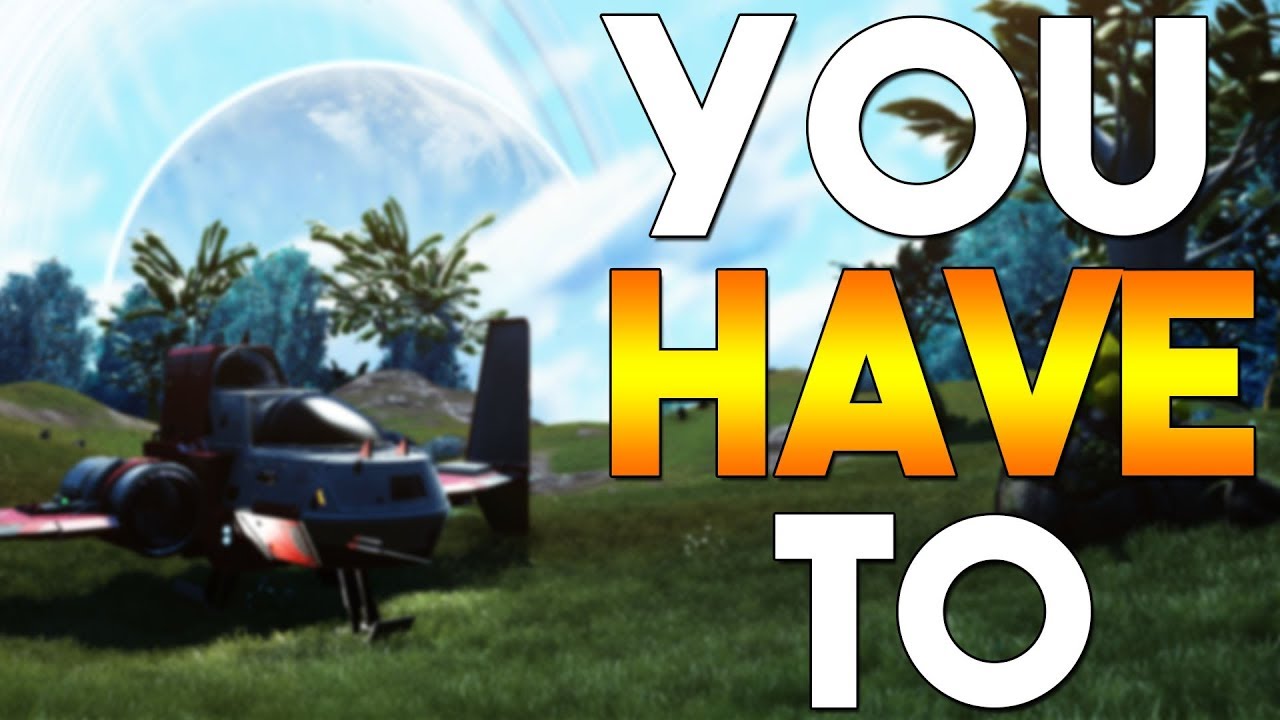 Hello everyone! Today I’m back with a bigger video than usual, this time looking into 5 big reasons why you should give […]