As the clip shows, there is nobody quite like her. It seems impossible to imagine the Abbey without The Dowager’s delicious one-liners and withering put-downs, delivered with Maggie Smith’s inimitable timing and disdain. When we caught up with Lord Fellowes to chat about the recent movie’s staggering success and home entertainment release, we had to know what comes next. The creator of Downton also told us why nobody delivers a line quite like Dame Maggie.

Fellowes said “It’s always fun to write the wisecracks for Maggie because she plays them so well.

“You never have to explain to her, she completely gets it straight away and she never embellishes. Some actors don’t realise if you add a word to a funny line you change its rhythm and it’s no longer funny.

“So much is to do with the music of a line and you have to land on the punch word. Maggie always understands that. I’ve loved writing for her.”

We wonder, though, if it’s curtains for the Countess after the film ended with a devastating revelation about her health.

Julian simply smiles and says, “That’s always been her way. She never gives the game away until it suits her.”

Smith’s young co-stars Michael C Fox and Sophie McShera, who play footman Andy and maid Daisy tell us what it’s like working with such a legend.

Michael says: “It’s amazing. She starts talking about Olivier, Burton and Gielgud. You can’t fathom how influential and iconic she is – but she never takes herself seriously.”

Sophie adds: “She is so funny. Her one-liners are as good as the Dowager’s. She’s very quick.”

The iconic star also took a private moment with actor Kevin Doyle, who plays hapless Mr Molesley, after they filmed the hilarious scene from the movie where a dinner goes rather wrong at his expense.

Poor Mr Molesley makes a fool of himself serving the Royal Family – and then curtseys in embarrassment.

Michael says: “We were all in hysterics filming it but had to be po-faced. The producers and cameramen were shaking with laughter. But he (Doyle) won’t tell us what Maggie Smith whispered in his ear afterwards. Apparently it was something lovely.”

Downton Abbey The Movie is available now on Digital, and on Blu-ray and DVD from January 27, from Universal Pictures Home Entertainment 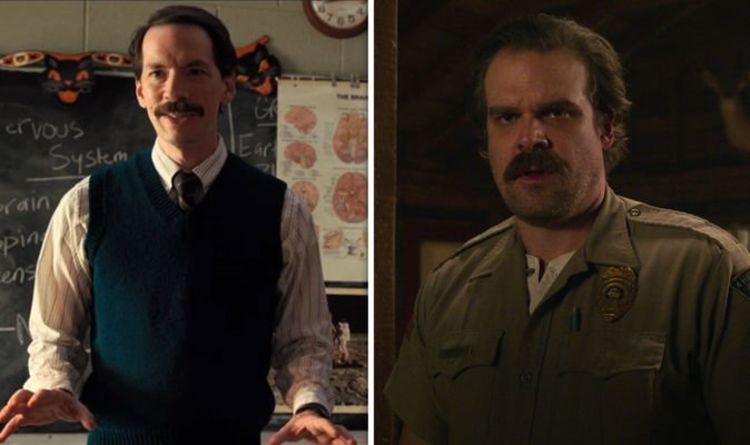 The user explained: “The original script of the series indicated: time-space travel, wormhole, string theories … Analyzing everything, I realized the connection […]

Ouija boards were a popular game in the Victorian times (Image: nc) Chunks of plaster were shaken from the ceiling of the […] Acting opposite Joaquin Phoenix has got to be quite the experience. Zazie Beetz, who costars with Phoenix in Joker, told E!’s  Guiliana Rancic […]