The Nazi death camp site at Auschwitz-Birkenau is especially bleak in January. My grandfather was murdered there and it took my mother decades before she was ready to visit.

Meijer Nieweg was one of some 1.1 million people murdered in the shadow of its notorious main tower. Nearly a million were Jews. My mother was a toddler at the time and too young to remember him.

It is 75 years since Auschwitz was liberated. We went there together on the 50th anniversary, to find out what we could about the last days of his life.

Walking under the tower, you sense the arrival of crowded cattle trucks on the railway line that runs through it.

To your right, alongside the track, some of the primitive wooden huts that housed prisoners still exist, rather like stables. Elsewhere, others are marked by their brickwork remains.

Weeks before it was liberated, Nazi Germany had begun tearing down the machinery of murder: the gas chambers and crematoria were dismantled and blown up and all but a few thousand records destroyed.

My grandfather’s transport was the first from the Netherlands to the vast site in occupied southern Poland.

Meijer Nieweg, 38, had been ordered to take a train from his home close to the German border on 10 July 1942 to the main Dutch transit camp at Westerbork.

The trains arrived at Auschwitz on 17 July. The track did not yet extend as far as the Birkenau death camp, so they would have walked the rest of the way.

Immediately 449 Dutch Jews were sent to their deaths, by Zyklon B hydrogen cyanide gas.

The others lasted little longer and Meijer Nieweg was one of them. He had the number 47483 burned into his arm, as records obtained by the Dutch Red Cross revealed.

We would find out later he had written “Landarbeiter” (farm labourer in German) on the Nazi form. Those deemed fit for work were often deployed as slave labour so it was a white lie that bought him another month and a day of life. He was an insurance broker from a family of cattle dealers.

He spent his last days in Block 12 in the Birkenau men’s camp, according to the Red Cross. That was all we had to go on.

In the mud beside the ruins of one of the crematoria, we joined a group and listened to writer and Auschwitz survivor Elie Wiesel, who lost his mother and sister there.

“It is true that not all the victims were Jews. But all the Jews were victims,” he said.

Tears flowed and Kaddish, the Jewish mourners’ prayer, was read out.

Nobody before had ever said Kaddish for my grandfather in the place he died. That alone was worth the journey.

Dutch Jews and the Holocaust

We spoke to a Dutchman called Max, bearded and hunched, clearly overcome by the place and the occasion. His father had been on the same Dutch transport as my grandfather. His father had died six days after arrival, on 23 July 1942.

Determined to find Block 12, we sought out survivors. One man in his sixties had survived the awful experiments on twins conducted by Josef Mengele, the SS “Angel of Death”. Fifty years on he could not remember how the blocks were numbered.

It was already late on a cold January day and by now the light was failing.

Walking back through the entrance gate, we found Block 12 on a map. It lay towards the back of the death camp site, at the end of the railway line.

Worried we might be locked in, we decided to leave, our mission only half complete.

It would be another three years before my mother returned to search for the pile of bricks that remained of Block 12 and light a candle for her father; she placed photos beside it of her children and grandchildren.

His family was wiped out in the death camps of Auschwitz and Sobibor, but he was not forgotten.

The Auschwitz museum found a copy of his death certificate, filled out eight days after he was sent to the gas chamber. It was signed on behalf of SS war criminal Walter Quakernack, the notorious head of Birkenau crematoria.

Meijer Nieweg was one of only 69,000 who had a death certificate and one of only 29,000 Jews, according to Auschwitz Museum. The overwhelming majority were murdered on arrival and not even registered.

The Nazis used a list of some 50 causes of death to cover up the mass murder they committed in the gas chambers.

Right at the bottom of the certificate, Meijer Nieweg’s fictitious cause of death was “Herzschwäche bei Darmkatarrh” – heart failure with enteritis.

A key moment in the Nazi Holocaust

This first transport from the Netherlands to Birkenau was also the first case of industrial mass murder of Dutch Jews by the Nazis and came at a significant moment in the Holocaust.

Weeks earlier, on 22 June 1942, Adolf Eichmann, the man in Hitler’s elite SS given the task of organising the murder of Europe’s Jews, had announced plans for special trains, each carrying 1,000 Jews to Auschwitz, from France, the Netherlands and Belgium.

Most Jews would be transported to Auschwitz by trains organised by the Reich Main Security Office (RHSA). Thousands of Jews had already arrived at Birkenau from Slovakia and France.

On the day Meijer Nieweg’s transport pulled into Auschwitz, another of Hitler’s top henchmen was visiting the complex, Heinrich Himmler, the head of the SS.

We know this because Auschwitz commandant Rudolf Höss details in his diary how Himmler inspected Birkenau, visiting the kitchen and sick bay. Himmler watched the entire process of mass murder on 17 July 1942: from arrival by train and selection of those who would die to killing in the gas chamber and the removal of bodies.

Himmler’s own diary makes no mention of being present at the murder of Dutch Jews, but it was during this visit on 17-18 July 1942 that he decided to expand the capacity of Birkenau to 200,000 prisoners.

The extermination of Jews there was to continue until November 1944.

It has long been known that no birds sing at the sites of Nazi death camps, and that was certainly true at Auschwitz.

Taking a final look in the fading light at the decaying blocks where my grandfather had been murdered, I saw a fox scurrying along a trench dug by camp prisoners.

Grey and barely noticeable. A rare sign of life in such a desolate place.

The names of all 102,000 Jews, Sinti and Roma from the Netherlands who were murdered by the Nazis are being read out alphabetically, in a ceremony at Westerbork lasting six days and five nights that culminates on 27 January at 14:30 GMT.

Find out more about Auschwitz and the Holocaust: 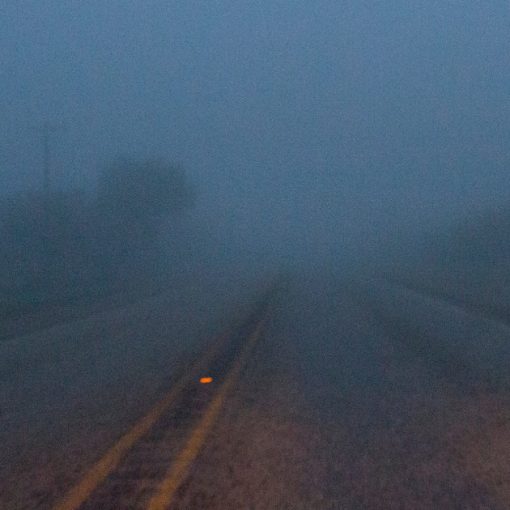 The number of people who died by suicide rose from 2020 to 2021 following a brief period of decline, according to provisional […] 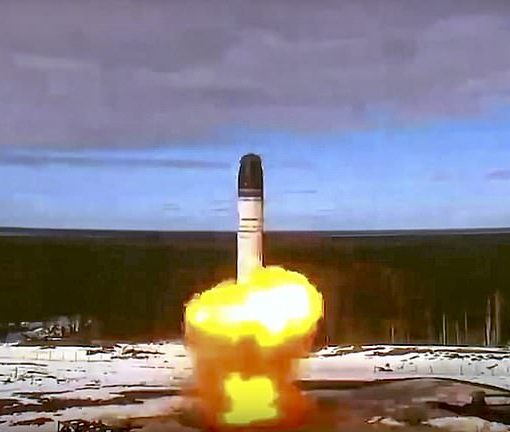 Russian state media has urged Vladimir Putin to wipe out the UK with nukes over its ‘boorish’ support for Ukraine.  Vladimir Solovyov, […] 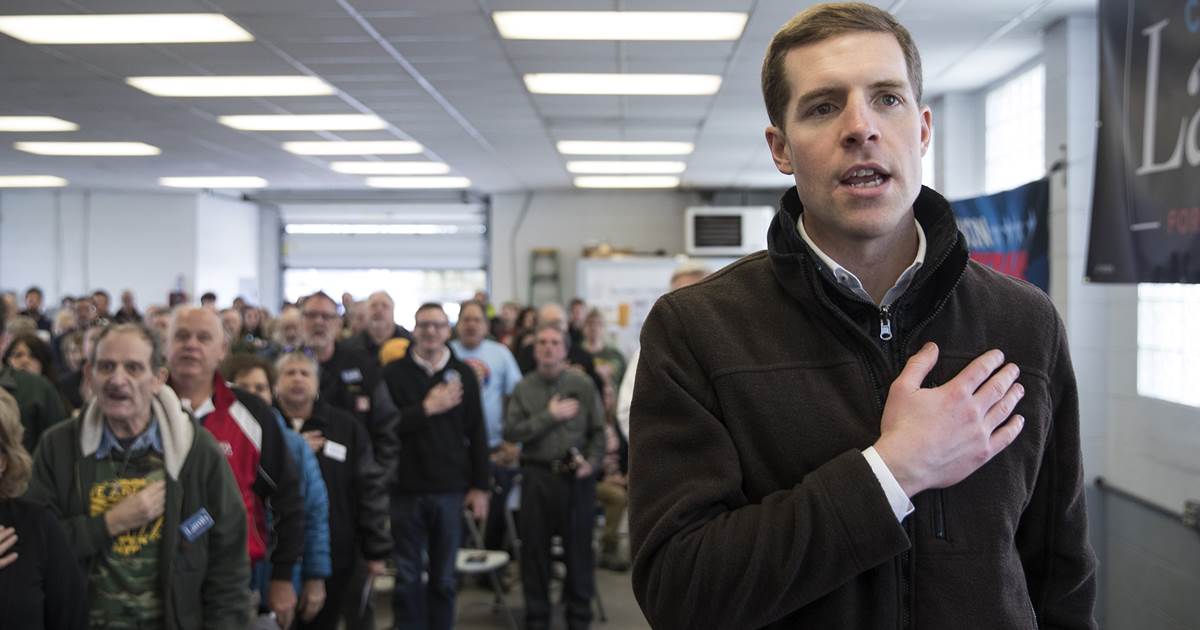 Get the Think newsletter. SUBSCRIBE The old political cliche “Democrats fall in love, while Republicans fall in line” is nevertheless alive and […]

The sick celebrations were also attended by top military and party officials who contributed to the provocative test, said to be the […]