WASHINGTON (Reuters) – Democrats on Thursday pressed their case at U.S. President Donald Trump’s Senate trial for removing him from office by using the words of his own allies against him to make the point that his actions constituted impeachment offenses, but his fellow Republicans showed no signs of turning against him.

The Democratic House of Representatives lawmakers serving as prosecutors in the trial presented the second of their three days of opening arguments as they appealed to senators to convict him on two charges – abuse of power and obstruction of Congress – passed by the House last month.

The U.S. Constitution sets out the impeachment process for removing a president who commits “high crimes and misdemeanors.” Trump’s legal team has argued that the House charges were invalid because impeachable offenses must represent a specific violation of criminal law.

The charges against Trump arise from his request last year that Ukraine investigate Democratic rival Joe Biden and the president’s actions to impede a House inquiry into the matter.

“Impeachment is not a punishment for crimes,” Democratic Representative Jerrold Nadler told the assembled senators. “Impeachment exists to address threats to the political system, applies only to political officials and responds not by imprisonment or fines but only by stripping political power.”

Nadler played a video clip of one of Trump’s most prominent defenders, Republican Senator Lindsey Graham, arguing during the 1999 impeachment trial of President Bill Clinton that presidents could be impeached even if the conduct in question was not a statutory criminal violation. Graham was absent from the Senate chamber when the clip was played.

Nadler also played a 1998 video clip of Alan Dershowitz, a member of Trump’s legal team, recognizing abuse of power as impeachable, and cited a memo written by Attorney General William Barr, a Trump appointee, that made the same point.

Trump’s legal team has stated that abuse of power is a “made-up theory” for an impeachable offense “that would permanently weaken the presidency by effectively permitting impeachments based merely on policy disagreements.”

Dershowitz said in the clip that abuse of power “certainly doesn’t have to be a crime. If you have somebody who completely corrupts the office of the president and who abuses trust and who poses great danger to our liberty, you don’t need a technical crime.”

Nadler said the Constitution is not “a suicide pact,” adding, “It does not leave us stuck with presidents who abuse their power in unforeseen ways that threaten our security and democracy.”

Trump is almost certain to be acquitted by the 100-member Senate, which has 53 Republican members. A two-thirds majority is needed to remove him from office.

The case focuses on Trump’s request that Ukraine investigate Biden, a top contender for the Democratic nomination to face Trump in the Nov. 3 presidential election, and Biden’s son Hunter on unsubstantiated corruption allegations. Hunter Biden had served on the board of Ukrainian energy company Burisma.

Democratic Representative Sylvia Garcia, addressing the Senate after Nadler, made a presentation portraying corruption allegations against Biden as groundless. Trump lawyer Jay Sekulow said Garcia’s presentation opened the door for members of the president’s legal team to address Biden’s conduct when they make their case to the Senate.

The Democrats also took aim at what Representative Adam Schiff told the Senate was the “completely bogus, Kremlin-pushed conspiracy theory” promoted by Trump and his allies alleging Ukrainian meddling in the 2016 election. Garcia and Schiff called it Russian propaganda.

U.S. intelligence agencies and former Special Counsel Robert Mueller concluded that Russia used a campaign of hacking and social media propaganda to interfere in the election to sow discord in the United States and boost Trump’s candidacy and harm his Democratic opponent Hillary Clinton.

The Democrats displayed a November quote from Russian President Vladimir Putin saying, “Thank God nobody is accusing us anymore of interfering in the U.S. elections. Now they’re accusing Ukraine.”

While it remains a long shot for Democrats to secure Trump’s removal through impeachment, the trial presents gives them a venue to inflict political damage on him ahead of the November election, with millions of Americans watching the televised proceedings.

Before Thursday’s arguments began, some Republican senators said they had heard nothing new in the presentation made by the Democratic managers and already have decided to vote for acquittal.

Republican Senator Thom Tillis said he has already made up his mind to vote for acquittal. Referring to the Democrats’ presentation, Tillis told reporters, “It reminds of the shopping channel, the hits of the ‘80s, you hear it again and again and again and again. I can almost recite the testimony.”

Republican Senator Mike Braun said he will vote for acquittal if nothing new emerges on Thursday or Friday.

Other Republicans were more circumspect. Republican Senator Mitt Romney said, “Sorry, but I’m not going to be commenting on the evidence or process until the entire trial is over.”

This is only the third impeachment trial in U.S. history. It began in earnest on Tuesday and Democrats started their opening arguments on Wednesday. The Senate’s schedule means that Trump’s defense team would likely start to present their case on Saturday. 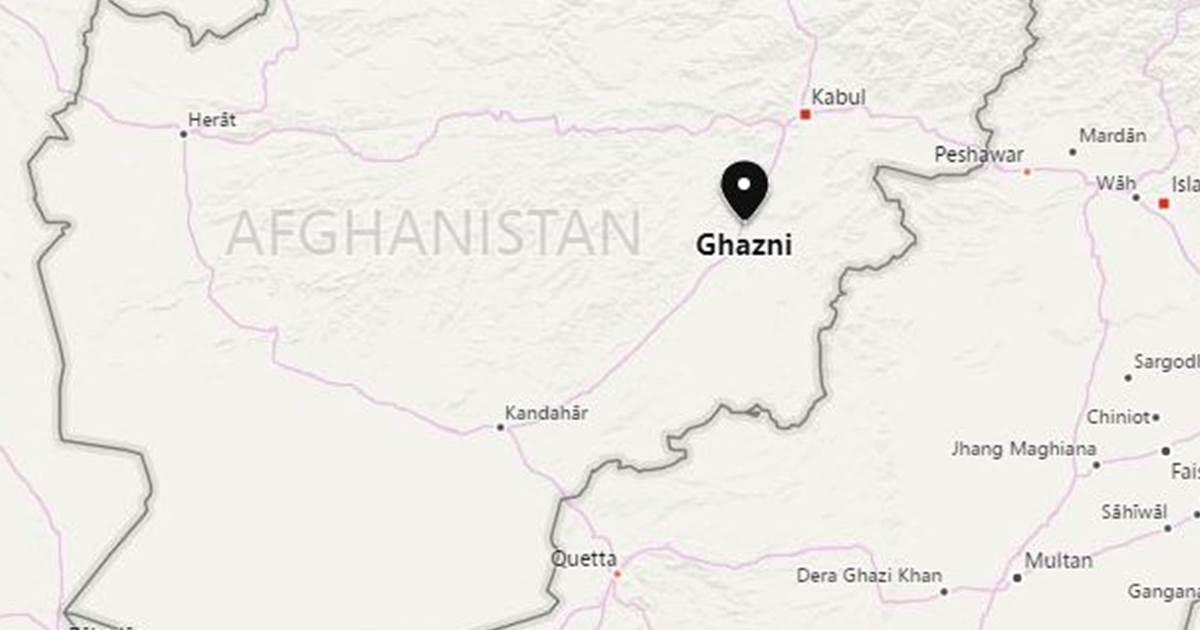 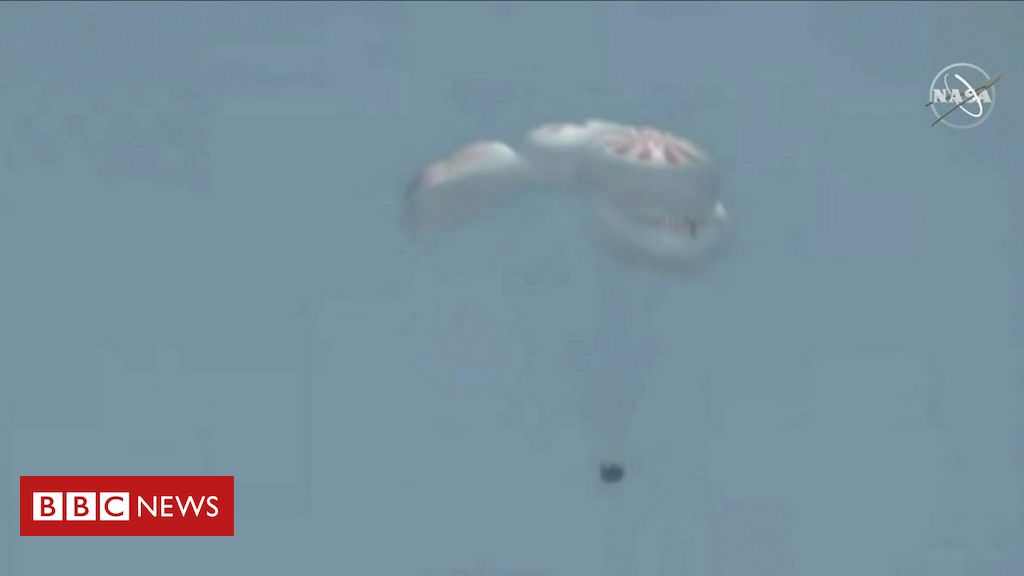 The first crewed SpaceX mission to the International Space Station has splashed down safely in the Gulf of Mexico. Nasa astronauts Doug […] 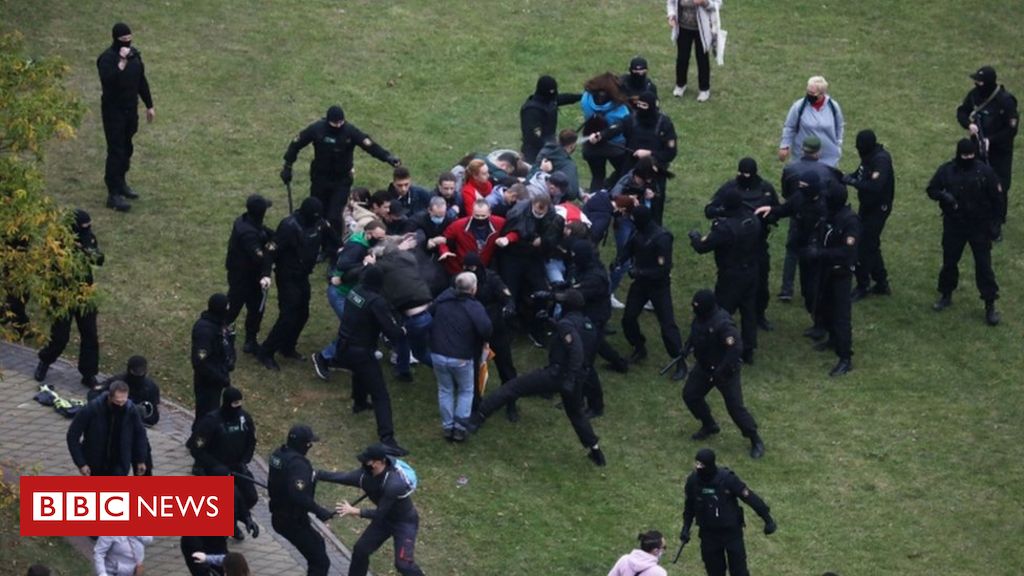 Police are accused of using brutal tactics at another Sunday rally against President Lukashenko. source: bbc.com