WASHINGTON — Watching political unrest explode across South America this fall, officials at the State Department noticed an eerily similar pattern in anti-government protests that otherwise had little in common.

In Chile, nearly 10% of all tweets supporting protests in late October originated with Twitter accounts that had a high certainty of being linked to Russia.

In Bolivia, immediately after President Evo Morales resigned Nov. 10, the number of tweets associated with those type of accounts spiked to more than 1,000 a day, up from fewer than five.

And in Ecuador, Peru, Bolivia, Colombia and Chile over one 30-day period, Russia-linked accounts posted strikingly similar messages within 90 minutes of one another.

State Department analysts concluded that an influence campaign was underway, the latest evidence of a global disinformation war that is more insidious and efficient than traditional propaganda of years past.

The department routinely monitors Twitter traffic worldwide with an eye toward malign activities, like the proliferation of fake pages and user accounts or content that targets the public with divisive messages. A set of analyses was provided to The New York Times in response to questions about what the department had seen during and after the fall protests in South America.

“We are noting a thumb on the scales,” said Kevin O’Reilly, the deputy assistant secretary of state overseeing issues in the Western Hemisphere. “It has made the normal dispute resolutions of a democratic society more contentious and more difficult.”

The Russian effort in South America — the details of which have not been previously reported — appears aimed at stirring dissent in states that have demanded the resignation of President Nicolás Maduro in Venezuela, senior diplomats said.

In Colombia, where Secretary of State Mike Pompeo is scheduled to visit this week, hundreds of thousands of protesters demonstrated in November against pension changes, corruption and rising violence. The protests have since ebbed, and in December, Colombia’s vice president, Marta Lucía Ramírez, accused Russia and its allies in Venezuela of fomenting protests through social network campaigns.

In Ecuador, the interior minister, María Paula Romo, said an anti-government campaign that surfaced online during two weeks of protests in October over higher fuel prices appeared to come from Venezuela and Russia.

Officials and experts said Russian influence campaigns on social media have disrupted elections in the U.S. and Europe, sowed anti-Western sentiment and false reporting in Africa, and inspired China and Iran to adopt similar tactics against protesters and political adversaries.

The unrest in Latin America this fall cannot be attributed to any single factor, and it is unclear how effective the Russia-linked influence campaign on Twitter was. Demonstrators across the countries spanned the political spectrum, protesting government corruption and higher costs and demanding better services. State Department officials said the vast majority of protest-related posts on Twitter and other social media appeared to be legitimate.

With the support of more than 50 other countries, the Trump administration has imposed bruising economic sanctions against Maduro’s government in Venezuela over the last year. The coalition is backing Juan Guaido, leader of the Venezuelan opposition, whom most of Latin America and the rest of the West views as the country’s legitimate president.

But Maduro’s grip on the country appears as strong as ever, funded by what critics have described as illicit oil revenue from Russia and gold sales to Turkey.

Russia is “playing a geopolitical role in this hemisphere against what they consider its main enemy: the United States,” said Carlos Vecchio, the Venezuelan envoy in Washington who is representing the opposition movement against Maduro.

“It’s crucial that the international community understands that Russia has become an important ally to support Maduro, and we need to deal with this,” Vecchio told reporters this month.

Russia’s online influence campaigns in Latin America began to surface a decade ago, surging with new technology and the proliferation of social media.

In particular, the Spanish-language arms of two news organizations in Russia have been accused of spreading disinformation, conspiracy theories and, in some cases, outright falsehoods to undermine liberal democratic policies, mostly in the West.

One, the state-financed RT Español, said it reaches 18 million people every week across 10 countries in Latin America and has more than 1 billion views on YouTube. The other, the government-run Sputnik Mundo, began broadcasting in the last several years and is produced in part in Montevideo, Uruguay.

Together, experts said, the companies have been the main source of information for Twitter bots and so-called troll accounts that have targeted Guaido’s movement in Venezuela.

Bret Schafer, a disinformation and media expert at the Alliance for Securing Democracy, an initiative of the German Marshall Fund of the United States, said some Twitter accounts spreading disinformation in Venezuela could be traced to the Internet Research Agency, the Russian troll factory that is run by loyalists to President Vladimir Putin and is accused of interfering in the 2016 U.S. presidential campaign.

The influence campaigns of Russian-linked Twitter accounts in South America “are proxy elements to conquer the influence of the United States or the liberal democracies,” said another expert, Javier Lesaca Esquiroz, a visiting scholar at the School of International and Public Affairs at Columbia University.

“At some point, we can say this is the continuation of the Cold War that never ended,” Esquiroz said.

The analyses provided by the State Department did not prove that the Twitter accounts that stoked the South American protests were direct conduits of the Russian government. Instead, they were described as “likely linked to the Russian state” through computer-generated or other data mining analyses that support other government conclusions that tie them to Moscow.

A spokesman for the Russian Embassy in Washington, Nikolay Lakhonin, declined to comment Thursday, asking only for “real evidence” of a Russian-linked disinformation campaign in South America.

In Chile, President Sebastián Piñera has said foreign actors helped incite a wave of protests and acts of vandalism that began in late October, plunging the country into a monthslong crisis. But he did not blame a specific government or region.

A “foreign hand” had worked to fuel the unrest online, disseminating false reports on social media during the early days of the upheaval, he said in a December interview with CNN en Español: “It’s an attack against the political system.”

The rate of posts by Russian-linked Twitter accounts during anti-government protests in Chile was 9% higher than during the Democratic primary campaigns last year in the U.S. — usually a topic of high interest, the State Department analyses found.

The analyses showed that the Twitter accounts posted in Spanish and English, targeting the Chilean public and foreign audiences.

A Twitter campaign of #chile, which was the fifth-most popular hashtag among 3,300 Russian-linked Twitter accounts from Oct. 23 to Oct. 29, the peak of the protests, was not even in the top 100 by late December, according to the State Department data.

Piñera’s government commissioned its own report, which asserted that 31% of social media posts during an intense period of the crisis were disseminated from outside Chile. Analysts said the Chilean public greeted the report with criticism and mockery, saying that it failed to offer convincing evidence that foreign actors played a leading role in inciting the protests.

“There hasn’t been any proof that there was foreign meddling,” said Marta Lagos, director of Latinobarómetro, which studies public opinion across Latin America. “Until now, they have yet to find any foreigner involved in criminal activity.”

In neighboring Bolivia, the State Department analyses found that the most shared tweet among Russian-linked accounts in the 24 hours after Morales’ resignation was one by the former president himself — denouncing a “coup” that he said had taken over. That tweet has since been deleted, but not before it was shared more than 85,000 times.

The network of Russian-linked Twitter accounts usually generates fewer than five posts about Bolivia daily, the State Department analyses found. That surged to more than 1,000 tweets in the days immediately before and after Morales ceded to violent protests and accusations of fixed elections to keep himself in power.

A Russian state energy company reportedly worked to bolster Morales’ campaign — and attacked his opponents — on social media months before the election Oct. 20.

The influence campaign has outlasted the protests.

One of the accounts being monitored by the State Department — @FriendsofPutin — criticized the Trump administration’s continued pressure campaign against Maduro’s government in Venezuela in a Dec. 12 tweet.

“Unfortunately, Washington is not even thinking about abandoning their course for ousting the legitimate Venezuelan government,” it said in English. The State Department analyses said the post was retweeted the same day by accounts like @RussianHeroe and @Putintrump, though those tweets no longer appear on the accounts.

The State Department concluded that all three accounts most likely are Russian proxies or bots and trolls trying to amplify their message without being flagged as fake.

This month, the State Department’s special envoy for Venezuela issues, Elliott Abrams, told reporters in Washington that U.S. officials had perhaps underestimated the level of Russian and Cuban support that had helped Maduro remain in power.

“We think all the time about how to do better,” Abrams said.

When Arizona passed a sweeping measure last year prohibiting all cities within the state from taking any action contrary to state laws, […] 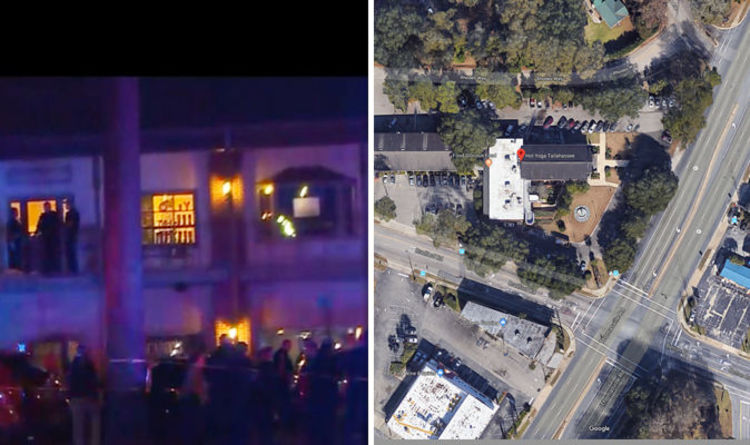 Tallahassee Memorial Hospital has confirmed they were treating five people with gunshot wounds, before one passed away. The four other victims are […] 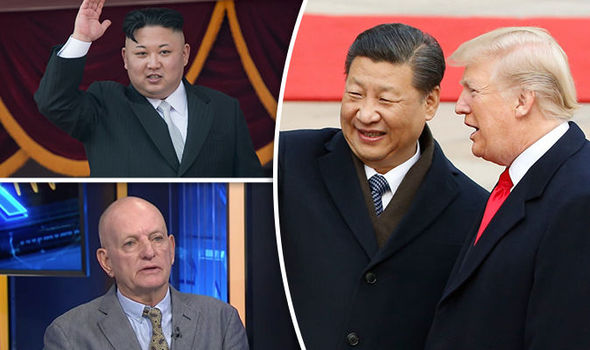 North Korea has ramped up their threat to the United States and in his New Year’s address, Kim Jong-un warned that a […]