‘So boring – save for a gross exchange between Sanders and Warren’

This was a debate where people talked about “literal tornadoes made of fire” and it was so utterly lacking in charisma that billionaire Tom Steyer was able to add a little flair to the proceedings by dressing like a human tape dispenser. His tie, as awful as it was, was the most interesting thing up there on that stage. It’s almost fascinating how boring it all was, given how we almost went to war with Iran just a week ago, and how close we are to procedurally removing a president from office.

Look. We’re all tired of this. Every time they broadcast one of these debates the viewership drops by a lot. The candidates are tired of this, of being asked to explain within 40 seconds complicated policy and ideology. The viewership is clearly tired of being asked to decide the future of our country based on 40 seconds of information. The only people who are excited are the moderators, who get to have their big moment on cable television. What fun it must be for them to talk over someone explaining how we might lower insulin prices enough so that people don’t have to ration lifesaving treatment to ask how they feel about the latest Trump tweet.

The only real energy of the night was unfortunate. Once CNN moderator Abby Phillip got the opportunity to ask Bernie Sanders whether or not he said, as dubiously reported this week, a woman could not be elected president – which he strongly denied – she immediately turned to Elizabeth Warren to ask how it felt to be told by Bernie Sanders that a woman could not be president.

It was gross, like something from a new West Wing script. All that was missing were the stringed instruments bringing a sentimental surge to Warren’s answer. It was also the only part of the evening where anyone felt present. Biden might as well have been wandering the stage aimlessly, Buttigieg was vacant and hesitant, and Sanders never does well when asked to pander with diversity language. We’ll have to wait and see if the moment landed with the electorate, or if it played as cheap to voters as it did in my living room.

We all thought that with fewer candidates on a smaller stage, we might be able to hash out some real topics with some real seriousness. Tonight proved it’s just electioneering all the way down.

‘Joe Biden has reason to smile’

The Democrats’ seventh debate won’t likely move the needle but Joe Biden has reason to smile. At the end of the night he was untouched.

Overall, the debate was an exercise in somnolence. Once again, Elizabeth Warren was forced to defend the practicability of her version of Medicare for All, Pete Buttigieg sounded like the smartest kid in the room, and the former vice president showed his discomfort standing behind a lectern.

As for Bernie Sanders, he was evasive when it came to addressing the cost of his plan to turn the economy on its head. Socialism is expensive. Most telling, was the post-debate awkwardness between Sanders and Warren. There are definitely hurt feelings on the left.

Amy Klobuchar’s discussion of education and the job market was illuminating. Her take showed a concern for realities larger than political orthodoxies, and was a reminder of why she is one of the Senate’s most popular members.

Watching the debate one could almost forget that by the end of the week the Senate will be in the midst of an impeachment trial, a fact that the Democratic presidential field did not appear overly eager to discuss even as the president seethes, rages and tweets.

‘Elizabeth Warren held a command of the stage’

Elizabeth Warren masterfully handled her dust-up with Bernie Sanders over the electability of a woman at the close of the first hour of the debate, as she has over the past couple days. She pointed out that the men on the stage had lost 10 elections among them, while she and Amy Klobuchar never lost. For her part, the Klobuchar Dutch aunt routine begins to wear. Just saying no is no way to ignite a fire with despairing Iowa Democrats.

Biden maintained his position, as did Sanders (who sits atop the latest Iowa Poll). You could feel the spotlight dimming on Pete Buttigieg. Steyer moved no needle. Warren regained some traction in the final debate before the February 3 caucuses. She was able to explain her moderated health care plans in detail, called for removing all combat troops from the Middle East amid a flare-up in tensions, and held a command of the stage over the other candidates.

Warren probably won, while Biden sat above the fray

All the candidates, but in particular Bernie Sanders, were peppered with leading questions, and the most potentially interesting moment of the entire debate was confusingly mishandled.

Sanders was asked about a conversation that allegedly happened between him and Elizabeth Warren about whether a woman could beat Trump. He responded by saying that he did not, and would not, tell Warren that a woman was unelectable. Warren was then asked how she responded to being told by Sanders that a woman could not be elected president. The discrepancy between the two accounts was not addressed. And clearly not all is well, judging by what appeared to be an argument between the two, caught on tape right after the debate ended.

The foreign policy and trade focus of the debate was welcomed, but all the candidates were allowed to vaguely posture as anti-war and skeptical of free trade without any specifics.

The night’s bigger winner is probably Warren for avoiding a big gaffe after a difficult week. And Bernie didn’t do anything to disillusion his stalwart base. But I imagine that Biden is happy to be avoiding the fray and sitting comfortably with his lead and his reliable base of older Democrats.

As for Trump, he must be looking at the field and thinking that each and every one of them are beatable.

Viewers waited all day for clarity surrounding Senator Elizabeth Warren and Senator Bernie Sanders’ 2018 conversation. Rather than ask for veracity or context, CNN’s moderator asked Sanders whether he said that a woman could not win this presidential bid. After Sanders vehemently denied that he did, the moderator asked Warren what she thought when Sanders made the comment – the one he just denied making. Both candidates received applause after they affirmed their support for women candidates during elections.

This controversy is troublesome because it sows unnecessary discord between two relatively progressive campaigns. Sanders’ comments, if made at all, were likely about the sexist voting habits of people who refuse to support women candidates, and not about whether individual women could successfully win an electoral race.

The biggest threat to both campaigns is Vice President Joe Biden, who intervened to acknowledge his diverse voter base. He reminded us again that he was President Obama’s vice president, even when his former political commitments clash with his current talking points. For example, he condemned Trump’s assassination of General Qassem Soleimani, but couldn’t quite reconcile that with President Obama’s multiple military killings without specific congressional approval.

All of that may be irrelevant for Biden. In some polls he is leading, even with black voters. That’s despite being called out for siding with racist politicians against school integration. And after tonight’s performance, neither Warren nor Sanders did anything to dent his lead. 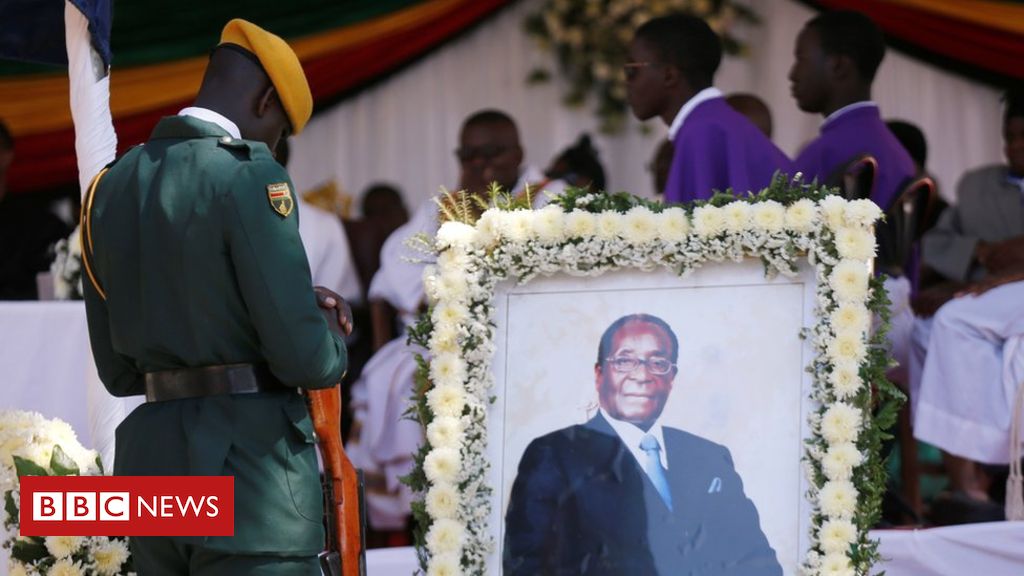 Image copyright Reuters Zimbabwe’s former President Robert Mugabe is being laid to rest in the rural village where he was born, three […] 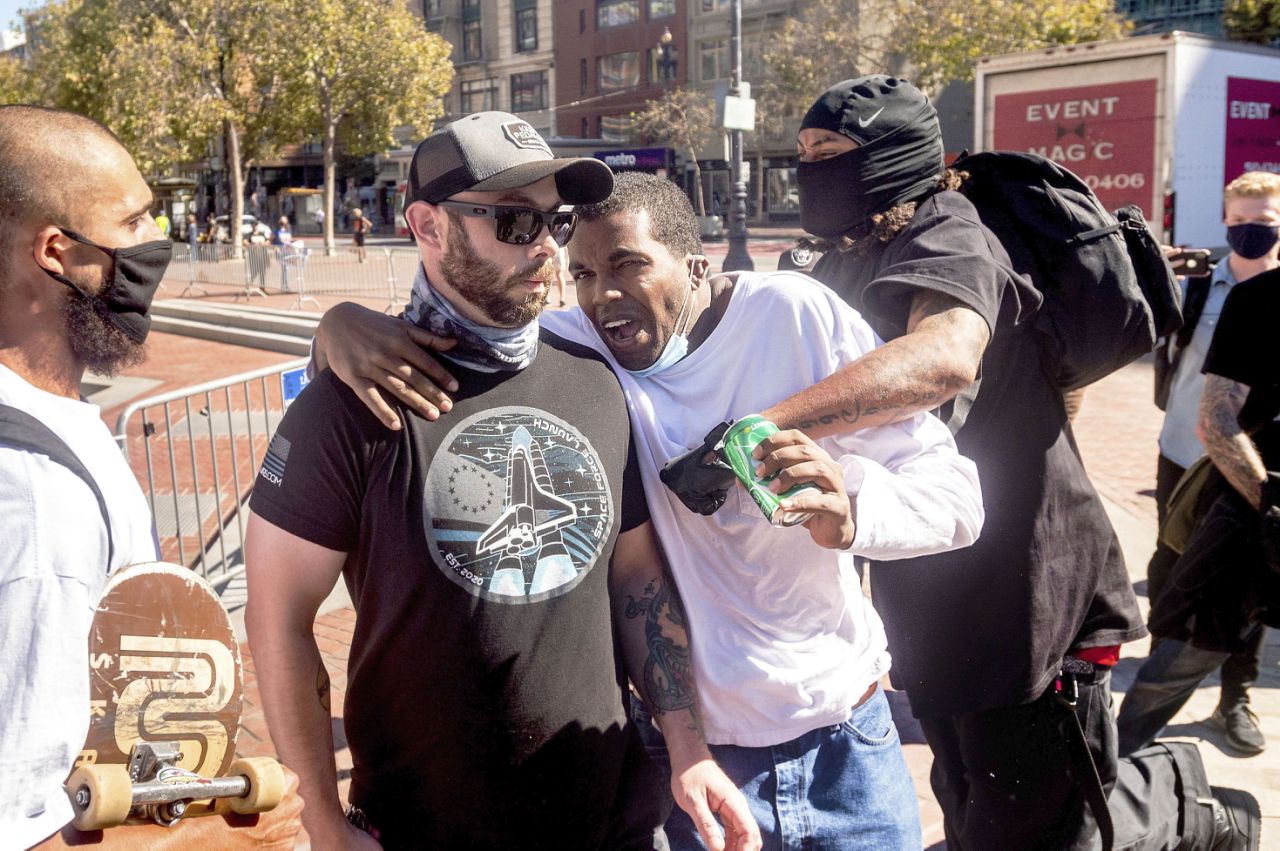 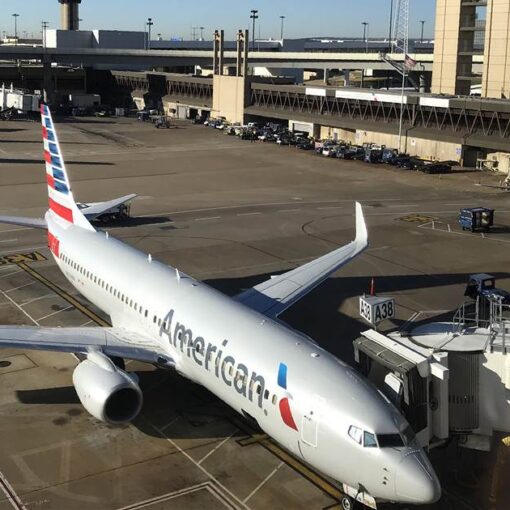 Airspace around the Dallas-Fort Worth airport, one of the nation’s busiest, was closed Monday after a controller tested positive for Covid-19. The […]