Novak Djokovic handed Serbia a lifeline in their ATP Cup final clash with Spain after beating Rafael Nadal in a brilliant contest in Sydney.

Djokovic came into the match knowing he had to win to take the tie into a decisive doubles while Nadal had the chance to give Spain an unassailable 2-0 lead.

But Djokovic started incredibly well, breaking Nadal in the opening game of the match then securing the double break to lead 5-2 before holding serve to win the set 6-2.

Nadal fought back in the second set as he elevated his level to stay with his great rival however in the tiebreak Djokovic was just too strong and he sealed the victory after an error by the Spaniard.

Djokovic races to 40-0. And he holds to send this set to a tiebreak.

Two break points for Djokovic. INCREDIBLE from Nadal. The Spaniard’s volley drops on the baseline to wrongfoot Djokovic. UNREAL AGAIN FROM NADAL.

The world No 1 rifles a backhand winner down the line past Djokovic. Deuce. Nadal holds. He goes toe-to-toe and comes out on top. Miraculous shot-making.

Djokovic ace, 30-15. Then a perfect backhand down the line. Great precision. And a forehand winner to finish. Flawless.

Arguably Nadal’s best service game of the match as he holds to love. Can Djokovic stay in the set?

Rafael Nadal gives a thumbs up to the Serbia fans (Image: Amazon Prime)

Much more comfortable service game for Djokovic. He rifles a forehand winner down the line to go 40-0 in front. But Nadal responds with a backhand cross court return.

Djokovic finishes the game with a forehand winner.

Djokovic return long, 30-15. Nadal ace, his third of the set. And a fourth wins the game.

Nadal cross-court backhand pass, 0-30. He hasn’t been in this position all match. Djokovic with a tentative backhand into the net. Three break points for Nadal.

Djokovic saves the first with a forehand winner. Then a backhand winner after a fabulous rally. And the third with a big serve. But Nadal gets a fourth chance when Djokovic nets a backhand.

Djokovic has too much time to pummel the ball at the moment. He is flattening it out and pushing Nadal further and further back.

Nice volley from Nadal at the net as he reads Djokovic’s pass. And he closes out the game with an ace.

Djokovic races to 40-15 and he holds again with an ace.

Nadal is trying to mix things up by serving and volleying. And it is working so far. A positive reaction from the Spaniard to the onslaught from the Djokovic.

More ominous serving from Djokovic. Nadal is not getting close to breaking it.

Ideal start for Nadal to the set after clearly being rattled by the Serbian fans.

Three aces in a row. Three break points. And a fourth. First set to Djokovic. Incredible.

Nadal is clearly frustrated by the noise from the Serbian fans in the crowd as he walks back to his chair and gives them a sarcastic thumbs up.

Back-to-back love holds for Djokovic now. Nadal is not getting close at the moment. Djokovic has hit just four second serves so far.

A third double fault of the game, second break point for Djokovic. Another Djokovic return into the net. And Nadal survives. But for how much longer?

Another comfortable service game from Djokovic as he completes a love hold with an ace. It’s been a masterclass so far.

Rafael Nadal and Novak Djokovic before the match (Image: GETTY)

Clearly a tactic from Djokovic to take advantage of Nadal’s deep position on the court with drop shots. Nadal holds but is very much on the backfoot. Djokovic is hugging the baseline.

And Djokovic comes through. The Serbian has been brilliant on serve through the tournament.

Djokovic puts a forehand return into the net on the opening point.

Djokovic is hitting the ball beautifully so far and he catches out Nadal with a deft drop shot. First break point of the match as Nadal nets a forehand. Djokovic return goes long.

IF DJOKOVIC WINS, THE MATCH GOES TO A DECIDING DOUBLES MATCH

09:45: Here we go! Nadal and Djokovic walk out onto the court to huge receptions. The anticipation is building up…

09:35: ICYMI – Roger Federer has been caught in a climate change row with Greta Thunberg

09:30: As the stats below show, Djokovic has the advantage on hard courts. And speaking after his win over Alex de Minaur, Nadal admitted he would need ‘something’ to turnaround the six-year drought.

He said: “It’s going to be a tough match for me of course. He has been playing some great matches this week. But here I am.

“I finished with positive energy tonight and I know I have to be ready to play at my highest level to have my chances tomorrow. I need something else and I am looking for it.”

Next up – Nadal vs Djokovic!

09:10: A showdown between the best two players in the world is a fitting showdown for the inaugural ATP Cup. Here are some head-to-head numbers from their previous matches –

For their country: Nadal 2-0

09:00: Before Nadal and Djokovic come out to play, they must wait for the opening match between Roberto Bautista Agut and Dusan Lajovic to finish.

Bautista Agut won the first set 7-5 and currently leads by a break in the second set.

08:50: Hello and welcome to LIVE coverage of Rafael Nadal vs Novak Djokovic in the ATP Cup Final. 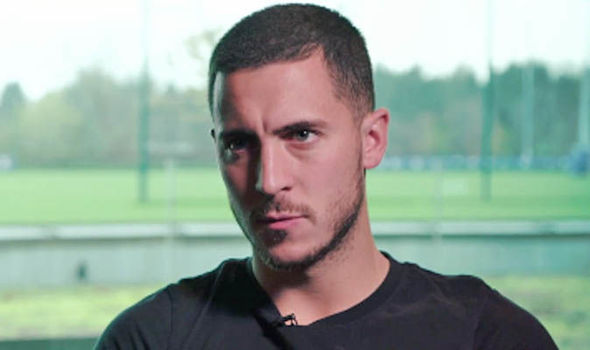 Hazard has endured something of a slow start to the campaign having missed the entirety of pre-season with an ankle injury. But […]