The original This Girl Can campaign broke the mould by showing women of all shapes and sizes sweating to get active. Five years on the award-winning campaign is seeking to move the dial again by embracing some of the most taboo subjects in women’s sport.

A new television commercial, to be launched on Tuesday, will show women overcoming challenges such as severe menstrual cramps or coping with menopausal symptoms. In one notable scene, a woman is seen with her tampon string visible while getting changed for yoga – hardly a common sight on television screens – having taken the activity up to help her tackle debilitating period pains.

The Observer understands that this particular scene was greeted with strong approval in early focus groups, with women delighted to see such common but unspoken issues finally being publicly addressed.

The original This Girl Can, launched by Sport England in 2015, was based on research showing that women wanted to be more active but were held back by fear of being judged.

In the past five years the campaign has helped more than 500,000 women and girls to become more physically active. However, new research commissioned by Sport England found that, while things had improved, more than half of women continue to say they are stopped from exercising, at least occasionally, by worrying about what others think.

Tim Hollingsworth, the chief executive of Sport England, said the organisation wanted to be a bold and supportive voice for women and hoped the advert would shine a spotlight on issues many women talk about in private but are rarely discussed in public.

“This Girl Can won awards for the trailblazing way it portrayed women in 2015, with true-to-life imagery which had rarely, if ever, been used as part of marketing campaigns for sport and physical activity,” he told the Observer.

“In 2020 many of the same fears still exist even though, thanks in large part to the impact of This Girl Can, more brands feature more relatable imagery than ever before and there is a far greater awareness in the sector of how to help and support women to get and stay active.”

Insiders say the central theme of the campaign is that in 2020, it is time that women stopped having to feel judged, defined, and told what to do by a society that is still uncomfortable with them talking about issues that genuinely affect their activity levels. “A lot has changed in the public narrative around the gender gap and equality in sport,” added Hollingsworth. “And This Girl Can in 2020 will reflect that and be a bold, supportive voice, standing right alongside women, provoking debate and shining a spotlight on the issues that need to be seen and talked about.”

Sport England has also found it helps when sports create an environment where women can feel comfortable, such as offering women-only sessions. The public body also highlighted how five years of research into how best to market sport and activity specifically to women had improved participation levels. It found, for instance, that using photographs of women in the context of the activity rather than actually doing it was more effective in promoting it. So having women standing by their bikes or putting on their helmets in marketing material – as opposed to actually cycling – performed better.

A particular success story was a This Girl Can partnership with British Cycling for its “Breeze” events – offering free women-only rides across the country involving a cafe stop, allowing riders an opportunity to get active but also socialise.

The partnership, which was started in June 2019, resulted in a 54% rise in registrations and a 20% growth in attendance compared with the same period in 2018. “We partnered with This Girl Can to encourage women of all ages and abilities to get on their bikes and rediscover the fun and freedom of cycling,” said British Cycling’s head of marketing, Laura Thomas.

“Working together to create and deliver an engaging social media campaign, we were able to make use of the distinctive This Girl Can style while also learning from previous campaigns and tests, such as the best type of photography to use and motivations to focus on for less confident women. Their insights combined with ours helped us drive a higher proportion of less active women to our rides than our usual demographic.” 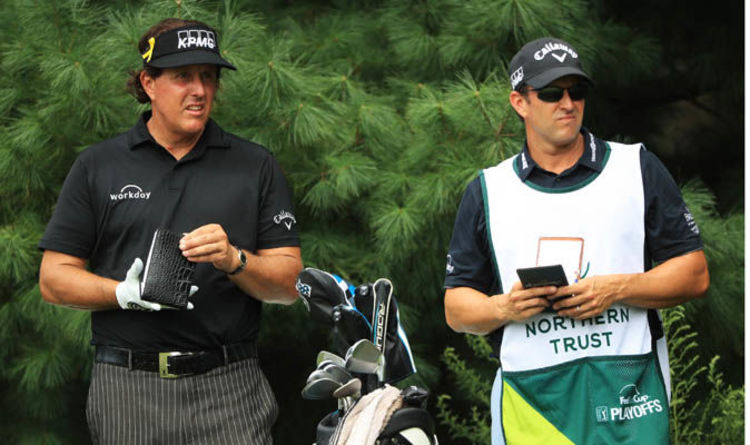 Tim is the brother of Phil and before becoming his caddie he was agent for fellow golfer Jon Rahm. He also used […]

“The game has ended 5 minutes early with the score at 1-1. The Germany players left the pitch after Jordan Torunarigha was […]