It took seven years for President Barack Obama to get federal agencies on the same page about considering the climate impacts of proposed projects. That could be reversed for good by regulations expected to be released today by the White House.

The anticipated rules won’t change what has been the common practice at most federal agencies since President Donald Trump took office three years ago—which has been to check a box on climate change while ignoring a project’s true contribution to global warming when carrying out reviews mandated by the National Environmental Policy Act (NEPA).

But by changing 40-year-old regulations under the landmark law, the Trump White House hopes to make its limited approach to measuring a project’s climate impacts harder to challenge in court, and to make it harder for future presidents to pick up where Obama left off. The previous administration compelled agencies to weigh the indirect and cumulative effects of a project on heat-trapping emissions before giving it a green light.

It took the length of the Obama administration to introduce that change. It began in 2009, when the White House Council on Environmental Quality (CEQ) signaled plans to provide new guidance that would create uniform standards across the federal government for measuring a project’s effects on—and vulnerability to—warming.

CEQ was responding to a 2008 petition by the Sierra Club, Natural Resources Defense Council (NRDC) and International Center for Technology Assessment that asked it to update the law’s regulations to account for climate change. The council rolled out a draft guidance in February 2010, to much fanfare.

“I was invited to go to the White House for the announcement of draft guidance,” remembers Michael Gerrard, director of Columbia University’s Sabin Center for Climate Change Law. “They had a big thing in the Old Executive Office Building.”

Public comment on the guidance closed in May 2010. And then—crickets.

The oil and gas industry complained that adding climate change to the list of things agencies considered in their environmental impact statements would stymie fossil fuel development on public lands. As the years wore on, Obama’s environmental allies grew frustrated. NEPA was a key item on their agenda, and it was moving too slowly.

Behind the scenes, agency officials were voicing concerns of their own.

Bromm, who has since retired, said the guidance was a hard sell among career staff who had been conducting reviews for decades and worried that expanding it to include a comprehensive look at greenhouse gas emissions would be time-consuming and budget-busting.

“We spent a fair amount of time at EPA working between the NEPA [staff] in my shop and the climate change people in the [EPA] air shop trying to educate other agencies about what it would mean to analyze greenhouse gas emissions,” she said, “and trying honestly to allay their concerns about the complexities involved.”

Agencies and their contractors are now well-practiced in using climate modeling tools to map the likely impact of a project on atmospheric greenhouse gas emissions, Bromm said.

“So we felt like it was an education process, that it wasn’t that complex,” she said.

The draft guidance on climate change didn’t resurface again until 2014, when CEQ provided an amended set of guidelines to agencies. It was finalized in August 2016.

Despite the delay, agencies across the federal government were required to incorporate climate concerns in their environmental impact statements. But it was uneven. Results varied from agency to agency, showing a need, observers said, for the uniform set of standards the guidance was designed to provide.

But a report by the Sabin Center for Climate Change Law, released in 2017, found that environmental reviews conducted in the waning months of 2016 varied widely, even after the guidance had become final. Some only considered the effect of climate change on the local area of the project. Others looked comprehensively at emissions across a range of alternatives, including upstream or downstream from the proposed project, and discussed opportunities to reduce those emissions or to harden a project against climate-related vulnerabilities.

Reviews that were completed that autumn, in 2016, by agencies such as the Forest Service and the Bureau of Ocean Energy Management were more or less evenly divided between considering only direct emissions from a project and the broader indirect emissions that would be created after building it.

The more expansive approach to quantifying greenhouse gas emissions was particularly rare for fossil fuel projects, the Sabin Center report found. Only the Bureau of Reclamation’s environmental review for the Kayenta Mine Complex Project in Navajo County, Ariz., did that by connecting the mine to emissions it would enable by supplying coal to the nearby Navajo Generating Station.

“Even under the Obama administration, some agencies inadequately considered the cumulative and indirect impacts that projects had on climate change, and the impacts that climate change would have on projects,” said Gerrard. “More detailed methodological guidelines, rigorously applied, would be very helpful.”

That time the State Department ran afoul of EPA

The Keystone XL oil pipeline is a good illustration of how agencies under Obama differed in the way they assessed the climate impacts of projects.

The State Department’s 2013 draft EIS for the marquee pipeline, which would carry carbon-intensive crude from Alberta, Canada, to U.S. refineries on the Gulf of Mexico, considered greenhouse gas consequences beyond those that would be directly tied to the pipeline’s construction and operation (Greenwire, March 4, 2013).

But there was a hitch.

The review found that the pipeline—which had become a cause célèbre of the climate movement—would have no real effect on global emissions. Canada would continue to pump out its valuable crude oil with or without KXL, it found.

The draft Environmental Impact Statement (EIS) released under Secretary of State John Kerry angered environmentalists and sparked a spat with EPA, which demanded a revision.

“This analysis should consider how the level and pace of oil sands crude production might be affected by higher transportation costs and the potential for congestion impacts to slow rail transport of crude,” charged EPA in a six-page letter to the State Department in April 2013 (Energywire, April 23, 2013).

The final review released the following year took that advice to heart. It found that if oil prices dipped below a certain price, the pipeline’s carbon footprint would rise because it would cut transport costs, keeping Alberta’s oil sands development cost-effective.

The Federal Energy Regulatory Commission (FERC) clashed frequently with Obama’s EPA on the scope of its environmental reviews. EPA sent a strongly worded letter to FERC in October 2016 demanding that it do more to consider the indirect climate impacts of the pipelines it permits.

“FERC has been exceptionally resistant to implementing NEPA correctly,” said Gillian Giannetti, a staff attorney with NRDC. “The current case law shows an increasing frustration on behalf of the courts with FERC for its less than dogged approach to seeking out the information it needs in order to make an assessment about the significance of the emissions of a project.”

While experts say that agency records were spotty under Obama, Trump has gone much further.

“During the Obama administration, they were at least trying to look at cumulative impacts, though they didn’t always get it right. Under Trump, they’re not even trying,” said Gerrard.

A Sabin Center survey released in November showed that federally permitted fossil fuel projects reviewed in the first two years of the Trump administration often assessed the direct and indirect greenhouse gas emissions of those projects. But land management agencies like the Forest Service or the Department of the Interior in 2017 and 2018 did not include indirect emissions from fossil fuel leasing—namely, production and combustion of fossil fuels.

That meant that all leasing programs in Sabin’s survey were determined to have greenhouse gas footprints that were not “significant” and thus did not require a full EIS. The Sabin survey studied 10 projects that were deemed insignificant. Together, they could be responsible for 654 million to 683 million metric tons of CO2 over their lifetimes—an amount roughly equivalent to Saudi Arabia’s CO2 emissions from fossil fuels in the year 2017.

This week’s anticipated proposal by the White House would be the first revision to NEPA regulations since the 1980s and the first meaningful one since the 1970s. It’s expected to truncate how agencies look at indirect and cumulative environmental impacts when permitting projects—a move its boosters say will allow permitting to run more smoothly and expeditiously.

Diane Katz, a senior research fellow at the Heritage Foundation, said CEQ might have opted for regulations instead of the less-binding guidance because they would have more staying power.

“Administrations come and go, and so do guidances, and there’s not a permanency there,” she said.

The courts have handed the Trump administration 12 losses for downplaying climate change in NEPA reviews. Those long-standing rules require an agency to look not only at the direct impact of a project but also at its indirect and cumulative impacts.

If CEQ finalizes a replacement regulation that limits environmental review to direct impacts, future environmental reviews for pipelines might look only at the impact of putting it in the ground and operating it. The indirect greenhouse gas emissions from burning the natural gas supplied by the pipeline would not be measured.

While a subsequent administration could rescind and replace the regulations, it could only do so after a formal rulemaking process, complete with public comment periods.

Reprinted from Climatewire with permission from E&E News. Copyright 2020. E&E provides essential news for energy and environment professionals at www.eenews.net 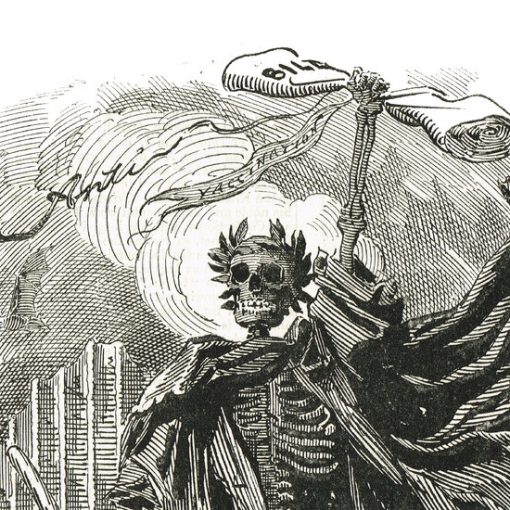 The skeletons move across a barren landscape toward the few helpless and terrified people still living. The scene, imagined in a mid-16th-century […] 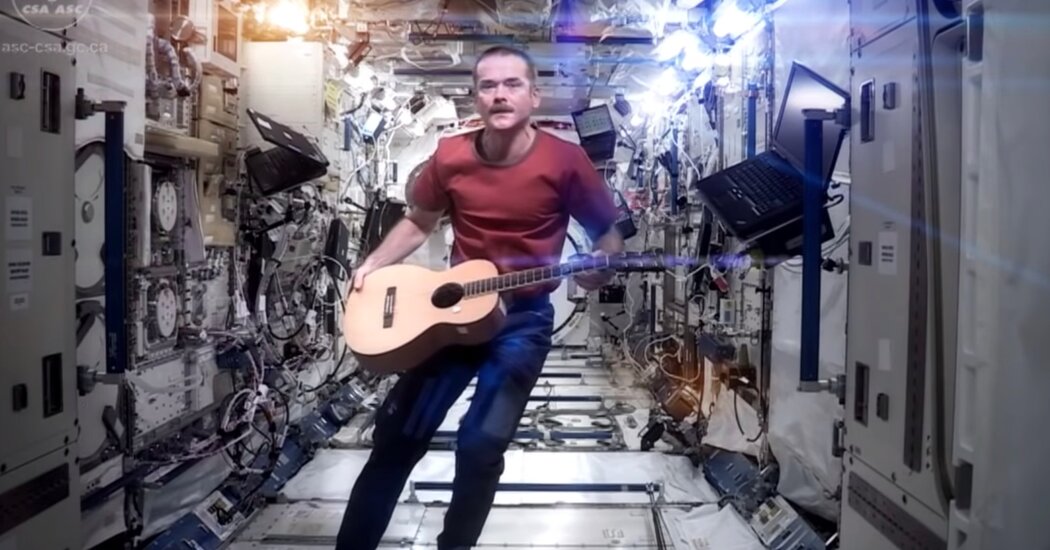 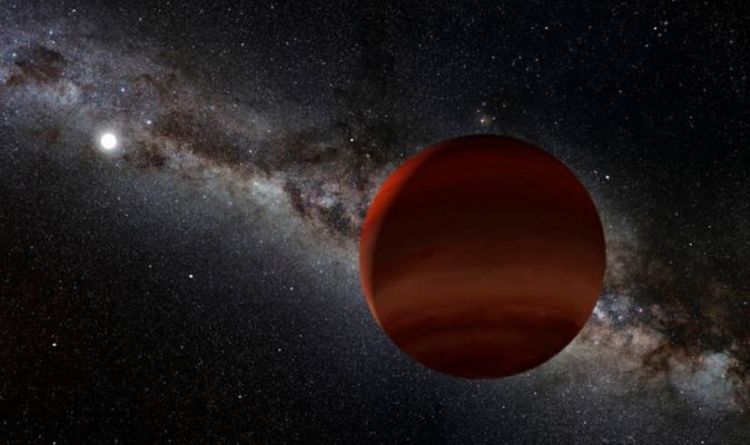 NASA data, which is open to members of the public, has yielded some extraordinary results after “citizen scientists” found brown dwarf stars […]

With climate change and long-term drought continuing to take a toll on the Colorado River, the federal government on Monday for the […]