Since Julius Caesar ruled that New Year began on January 1 in 46BC, and urged subjects to commit to personal improvement, resolutions have been synonymous with the turning of the year.

After the overindulgence of Christmas, cutting down on food and drink, or vowing to exercise more, may seem like a welcome antidote to the excesses of the party season.

Yet research has shown that around one quarter of people give up their resolutions after just one week, while fewer than one in 10 will maintain their goal to the end of the year.

The problem, say behavioural scientists, is that people often set too large and too vague targets, such as ‘losing weight’ or ‘exercising more’ and tend to focus on ‘what’ they are changing rather than ‘why.’

Instead, research has shown that setting small, achievable goals, is the best approach, while looking forward to a specific end-point, such as being able to compete in a 5k race, or fit back into a much-loved dress for a party, can provide ongoing motivation.

Dr Claire Garnett, an expert in behaviour change interventions at the Tobacco and Alcohol Research Group at University College London (UCL) said: “One of the hardest things about making a change can be sticking with it. Making a resolution that is too challenging and unrealistic.

“Set yourself a realistic resolution and track your behaviour to see your progress.  It’s also important to make specific plans for how to manage tricky situations and stay on track. And get support.”

And there are now a range of science-based resolution hacks that can help keep goals on track:

Do it with a friend

In 2012, research by Leeds University found that partnering up or planning with someone can boost the likelihood of sticking to resolutions.

The Leeds team worked with employees from 15 British councils who attempted to increase their levels of exercise or improve their diet. Half employees were left to do it on their own while others were asked to recruit a partner.

“It was quite clear that working together and joint planning really helped employees stick to their new exercise regimes,” said Professor Mark Conner. “Moreover, the involvement of a partner in planning had a sustained effect that was still noticeable after six months.”

A University of California study also found that those who checked in with friends weekly were far more likely to meet their objectives.

In 2009, University College London (UCL) discovered that it takes an average of 66 days for the average person to form a new habit. It means if you make a New Year’s resolution to exercise or eat healthily and do it daily it will not stick until March 7.

At that point a new behaviour will switch to ‘automacity, where it is performed whenever the situation is encountered without thinking, awareness or intention and it will become far easier.

They also found that an exercise habit took longer to form than a healthy eating or drinking habit.

In 2017, experts psychologists at the University of Bath found that best time for successful habit change isn’t based on the calendar, but on big changes to our everyday like moving to a new home.

A study of more than 800 people, who were encouraged to make 25 positive lifestyle changes, found that those who had recently moved were far more likely to achieve their targets than those who had stayed put.

“Changing your habits is very difficult, including finding the right moment to make a change,” said Bas Verplanken, professor of social psychology at the University of Bath,

“Changing from December 31st to January 1st is not a dramatic discontinuity. Many resolutions are made on December 31st, and go down the drain on January 2nd.”

Ditch the car for a mile a day

In 2012, the University of Illinois found that cutting car travel, even by a small amount, can be as effective as cutting calories.

“One mile is really not much,”  said study author Banafsheh Behzad. “If they would just consider even taking the bus, walking the distance to the bus stop could have an impact like eating 100 calories less per day.”

Last year researchers at Brigham Young University discovered that cutting back on binge-watching could have wide benefits.

Scientists found that millennials who watched up to six consecutive hours of shows in one sitting were more likely to eat poorly, exercise less and be overweight or obese.

The research found among binge-watchers, 85 percent eat fruit and vegetables less than once per day, 88 percent eat out once a week or more, less than 50 percent meet physical activity recommendations and more than 20 percent are overweight or obese.

“The main message is moderation,” said health science professor Lori Spruance. “Take breaks from binge-watching; set a limit on the number of episodes you’ll watch at once so you can incorporate healthy activities in your life too.”

In 2016, the University of Kent found that anyone struggling to exercise more should drink coffee to improve their energy levels and motivation.

Just a single cup of coffee was found to help people stick to fitness regimes.

Endurance expert Professor Samuele Marcora, said humans had evolved to conserve energy so it was hard to encourage the body out of its hardwired ‘laziness.’

He found that the use of caffeine or other psychoactive drugs to reduce perception of effort during exercise can make the healthy choice easier.

Getting sufficient sleep makes it easier to avoid cravings for unhealthy food and keep off excess weight.

A study by the University of California in 2014 found that lack of sleep led to diminished activity in the higher-order brain regions that process long term strategic thinking rather than instant gratification. Sleep deprivation also caused too much activity in the emotional amygdala, resulting in wanting fatty and sugary foods.

Dr Susan Weinschenk, author of the book How To Get People To Do Stuff, says it’s crucial not to set large, vague goals but instead pick small, achievable targets.

So instead of  intentions such as ‘Get more exercise,’ choose ‘Walk for 20 minutes at least four times a week’ or ‘Have a smoothie every morning with kale or spinach in it.’

Use visual and auditory cues

Placing training shoes by the door as a reminder to go out for that run, or a swimming costume on a bedside chair to encourage a morning swim, can all help with motivation.

Setting alarms as a cue that it is time for a screen break, or to drink a glass of water, or to go for a walk will also increase the chance of keeping up new habits.

According to Cornell University the best time to set weight loss goals is at the beginning of October, before winter and the festive season kicks in.

Research findings in the New England Journal of Medicine show that weight gained in October, November and December takes more than five months to lose. But recording weight in October and trying to maintain, rather than lose weight, can make staying slim more achievable.

“Everyone gains weight over the holidays Instead of making a New Year’s Resolution, make an October resolution,” said Brian Wansink, Cornell Food and Brand Lab Director.  “It’s easier to avoid holiday pounds altogether than to lose them after they happen.”

And if you break your New Year’s resolution, aim to restart again on your birthday, lent, or another meaningful, say psychologists.

Splitting an overall goal into small milestones can keep motivation up because it chemically wires the brain to release frequent shots of dopamine – the happy hormone.

In contrast, setting too hard or too many goals is likely to bring failure and have the opposite impact.

“Your vision is your destination, and small, manageable goals are the motor that will get you there,” said Dr Frank Murtha, a New York-based counseling psychologist who specialists in the behaviour of financial risk taking.

In 2001, researchers at the University of Bath, followed 248 people for two weeks as they began a new exercise regime.

One group was asked to write a plan saying exactly when and where they intended to exercise, while a second group were given motivational pep talks.

The researchers were surprised to find that having a specific plan worked well, but extra motivation did not work at all.

James Clear author of the book Atomic Habits, said: “Many people think they lack motivation when what they actually lack is clarity.”

And if none of the above work, there are now apps that allow you to put money away until you have achieved your goal. Financial incentives have been shown time and again to boost motivation and change behaviour.

The app StickK invites people to sign a Commitment Contract with themselves and deposit an amount of money that they get back when achieving their goal.

The app also allows people to appoint a referee to monitor progress, and send messages to friends upon reaching goals. 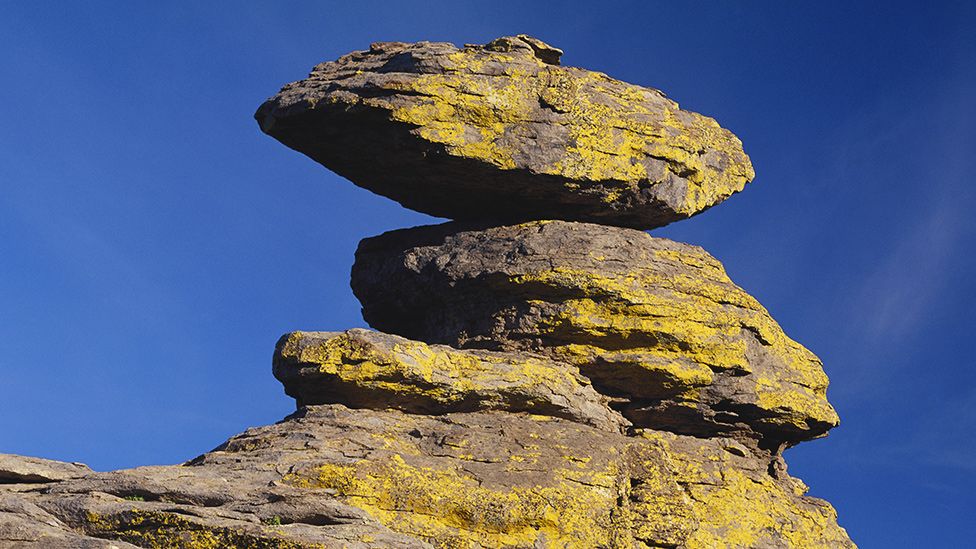 Precariously balanced rocks, or PBRs, record a history of things that haven’t happened We’ve all seen them; we’ve even taken pictures of […] 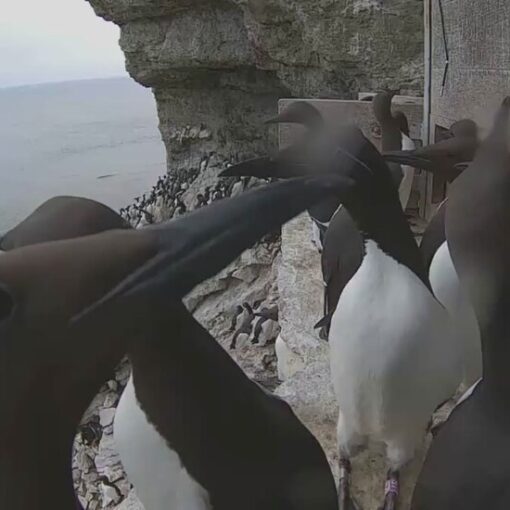 When tourists come to Stora Karlso, a limestone-ledged nature reserve off the coast of Sweden, they keep a respectful distance from the […] 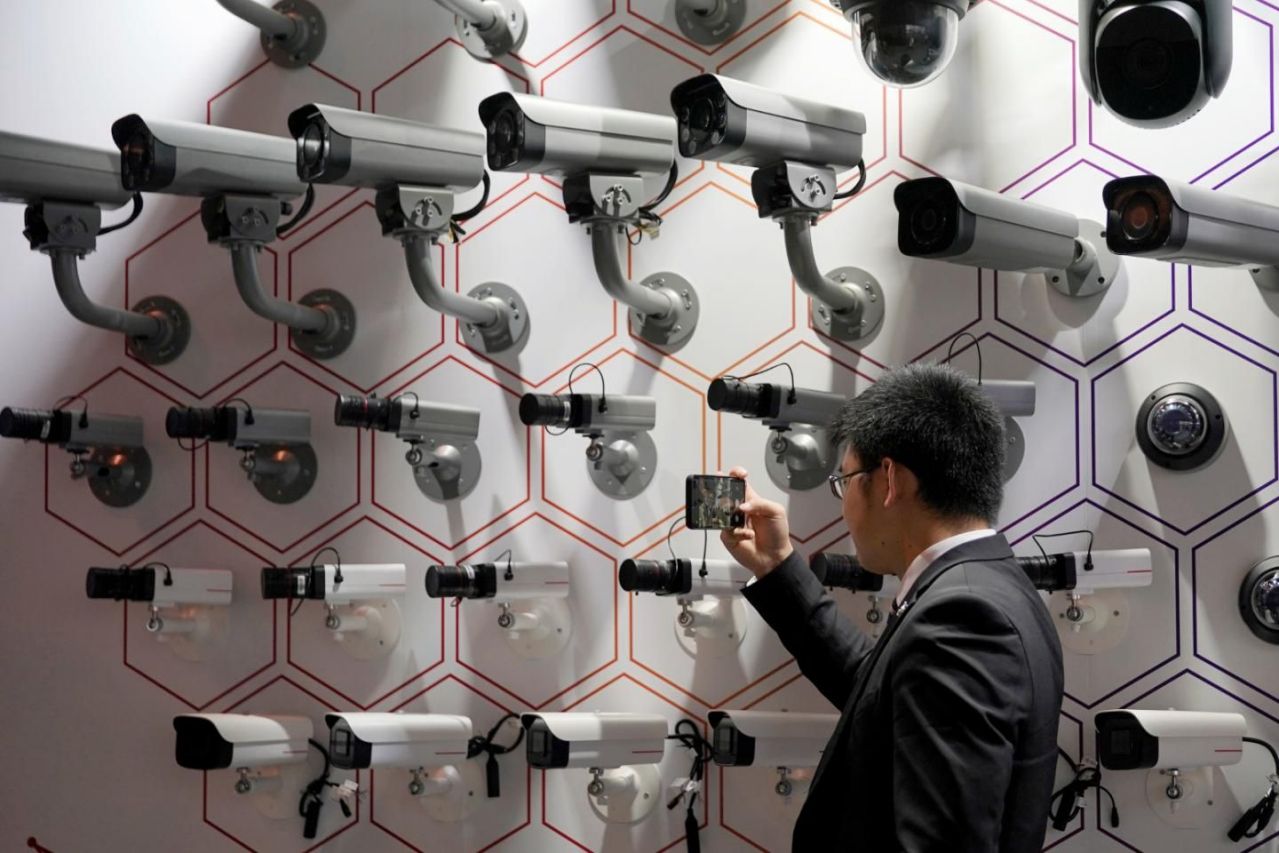 Atlanta, Chicago, Washington, San Francisco, San Diego and Boston have made a top 50 list of the most surveilled places in the […] 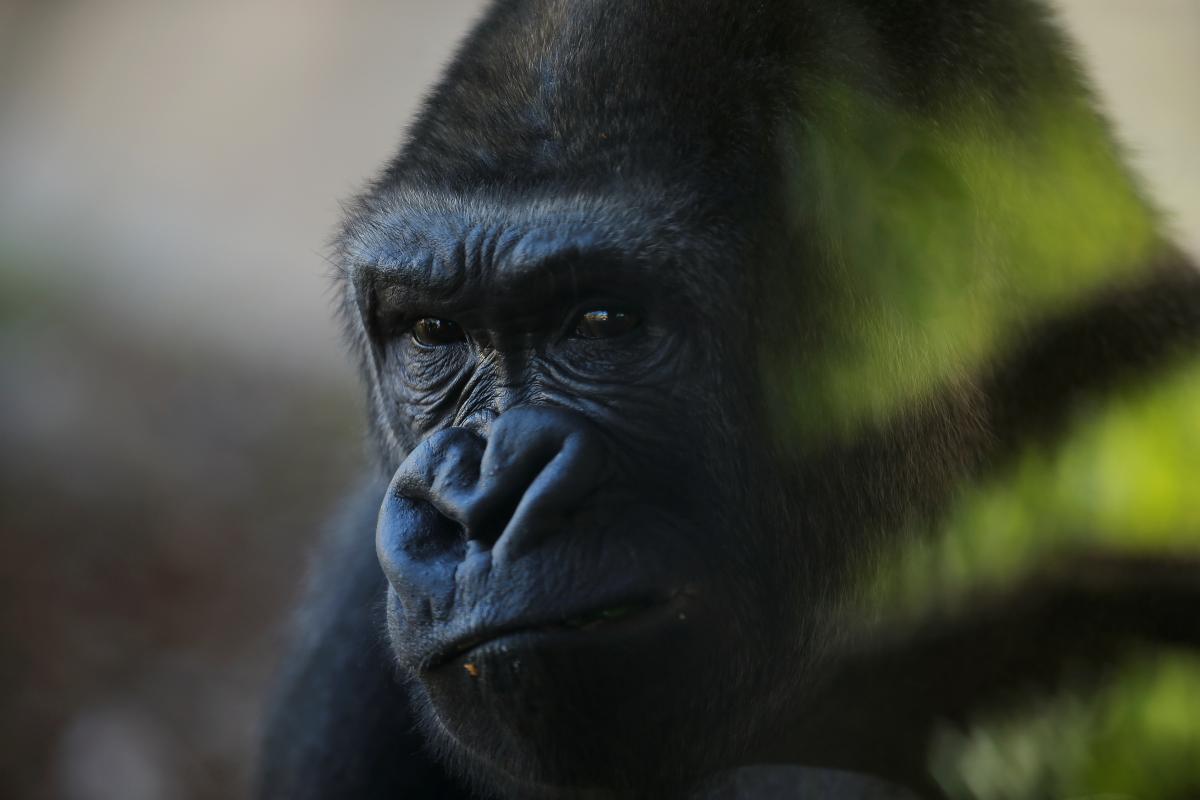 BRISTOL, England (Reuters) – Gorillas at a zoo in England have demonstrated a distinctly human trait while attempting to solve a new […]