The start of the new year is the perfect time to reflect back on bad habits of the year past, and start anew, right? Not necessarily, according to some of those who study and write about what actually motivates people to change their ways.

Some people are good at making big changes all at once and other people do better taking small steps to get there. Some people are inspired to forge a new path because the clock signals it’s time; others feel constricted by the idea a new habit has to start on a certain date. When it comes to resolutions or any type of behavior change, we’re all different, explains Gretchen Rubin, author of the “The Happiness Project” and “Better Than Before” (these and her other titles focus on how to change our habits to make our lives happier, healthier and more productive). “There’s no one right way. What works for you might not work for me.”

The bottom line that she wants people to know about making habit changes: Don’t get discouraged if the resolution that worked for your sister-in-law or coworker or best friend doesn’t work for you. It doesn’t mean there’s anything wrong with you, it just means you might need to find a different strategy that works for you.

To illustrate just a few ways to go about making habit changes stick, we asked Rubin and several other health and wellness experts: What’s worked for you? Below they share New Year’s resolutions they’ve made — and how they’ve stuck with them. (Spoiler alert: Not all of these changes happened at the start of a new year, because New Year’s resolutions don’t necessarily work for everyone!)

1. ‘I started a music mediation practice’

BJ Fogg, Ph.D,, a social science research associate at Stanford University and author of “Tiny Habits: The Small Changes that Change Everything”, believes that one tiny habit change after another is how you make true change. And whether those changes happen on January 1 or any other day of the year, they should be small, manageable changes (the idea is that the changes are so simple you can start anytime).

About three years ago, Fogg decided to start playing his recorder everyday. “For me it’s meditation,” he says (other types of meditative practices felt less rewarding for him, he adds). Now, it’s a habit he does in the morning after he wakes up. “I know it’s good for my brain. I like it. And I notice I’m getting better,” he says.

Research suggests it’s a positive emotional response that actually rewires your brain, leading you to want to continue to stick with a new habit again and again.

Fogg credits this emotional response (him liking it and seeing results) as why he’s been able to stick with it. Repetition isn’t what makes habits stick, he says; emotions do. Research suggests it’s a positive emotional response that actually rewires your brain, leading you to want to continue to stick with a new habit again and again. That’s why he says all behavior change should start with the factors that you want to change rather than those you think you should change. Rather than force yourself into something you’re not excited about, he says: “Make it really easy, ridiculously easy. And then find where it fits naturally into your life.”

2. ‘I start everyday with hot water and lemon’

About eight years ago, Amy Shapiro, RD, founder and director of Real Nutrition in New York City, replaced her wake-up-with-a-cup-of-coffee habit with a morning cup of hot water and lemon. “I know how important it is to hydrate after a long night’s sleep,” she says. Plus, the lemon loads the drink with vitamin C, too, which is great for helping prevent colds and the flu during the winter season, she adds.

Part of what helped her stick to it, she says, was making the goal a realistic one. She replaced her warm-cup-of-coffee habit with a warm-cup-of-something-else (that was healthier for her) habit. And she still allowed herself to have coffee later in the morning if she wanted it. “I love coffee and didn’t want to cut it out, I just wanted to start my day healthier,” she says.

Cedric Bryant, Ph.D,, President and Chief Science Officer at the American Council on Exercise, says he is an avid exerciser. (His role at ACE focuses on developing exercise-science and behavior-change education strategies.) He’s had a consistent cardio routine that he’s had little trouble sticking with for the last 20 years or so, he says. And in the past 10 years he started golfing on top of that. But he noticed that he was devoting less time and attention to weight training. So at the start of 2019 he resolved to stick to a twice-a-week strength training routine. For him, clearly and explicitly defining why he was resolving to stick to the new habit kept him doing it. That way on the days you might feel a little bit less excited about sticking with the new habit, you can return to that fundamental reason you made the resolution in the first place, he says.

“For me, I noticed I was getting some aches here and there after golfing that I didn’t want to feel. I wanted to hit the ball a little bit further. And I knew that if I focused on my strength, I could achieve those things,” he says. And accordingly, on Bryan’s first few trips to the golf course of the 2019 season, he noticed he was hitting the ball a little bit harder and the aches and pains were lessening.

Another tip for sticking with a resolution: Measure success by sticking with the process, not just the big goal at the end, he says. If helps keep a “resolution diary,” to document each and every step you make toward that goal.

Rubin has chosen to make habit change her life’s work (much in her books focuses on her personal experience). One was quitting sugar in 2012. “I read a book called ‘Why We Get Fat’ (by Gary Taubes), and I was just so convinced by his argument that the next day I completely changed how I ate. It got rid of my cravings. It was really healthy for me. It was really satisfying for me,” she says. “And I never saw any reason to turn back.”

She says it’s an example of what she calls the “lightning bolt” strategy for habit change, which is when you come to a sudden, new understanding that motivates you to make a change all at once. Sometimes the catalyst is receiving a diagnosis; other times it’s gaining new knowledge (like Rubin did after reading the book). “Everything changes in an instant,” she says.

Eve Ekman, Ph.D,, Director of Training at the University of California Berkeley Greater Good Science Center, recommends involving other people in the resolutions you make. Let them be your cheerleaders and partners, she says. Having someone to be accountable with and to can be really helpful in keeping goals.

She resolved in 2017 to start going (at least once a month) to a local art house theater that she felt she wasn’t going to as much as she wanted. “I felt like I was just living in my neighborhood without really investing in it.”

She scheduled her evenings at the theater at the beginning of each month and invited a friend to join, so she wouldn’t skip it when the time came. “I saw films I would have never seen and enjoyed being more engaged in my neighborhood,” she says.

6. ‘I started reading a book a month’

A few years back, Seth Gillihan, Ph.D., says he noticed he had stopped reading for pleasure. (He is clinical assistant professor of psychology in the Department of Psychiatry at the University of Pennsylvania and author of “The CBT Deck: 101 Actions to Improve Thoughts, Be in the Moment & Take Action in Your Life”.) “There were countless books I’d always thought I would read, but I realized at the rate I was going I might read another 50 books in my lifetime.”

He decided to start reading every night with the goal of finishing a book each month. He surpassed his goal in the first year and says he now reads about a book each week. What helped him succeed at the goal, he says, was picking a resolution that he wanted to do and recognizing exactly what he needed to change to accomplish it. His advice for making habits stick: “Start by embracing yourself exactly as you are.”

It sounds counterintuitive, he adds — because you want to change. But you need to recognize the habits you’re currently in and what exactly you need to change. To read more, he recognized that he not only needed to start reading more, but to do that he had to spend less time on his phone. Making a specific plan really helps, he says.

Kelli Harding, MD, MPH, assistant clinical professor of psychiatry at Columbia University Irving Medical Center and author of “The Rabbit Effect,” resolved to give more hugs a few years ago on a New Year’s Eve after her son (3-years-old at the time) came up with the idea. “I knew my son was on to something,” she says. “Positive loving touch is critical to our health throughout the lifespan.” (There’s research, for example, that suggests regular hugs were linked to a reduced risk of catching colds.)

To get herself into the habit, she says she made sure she was intentional about just doing it more. She hugged her kids before they left for school in the morning and when she got home and saw them in the evening. She made a point to ask people for hugs. Now it’s natural, she says. “I am a far better hugger than ever.”

When it comes to sticking to resolutions, she recommends starting small. “Break it down into doable tasks. The simpler the better.” If you want to get fit, start with a 30-second plank hold everyday. If you want to be kinder, give one compliment a day, she says. “Resolutions that are too vague or ambitious can feel overwhelming.” 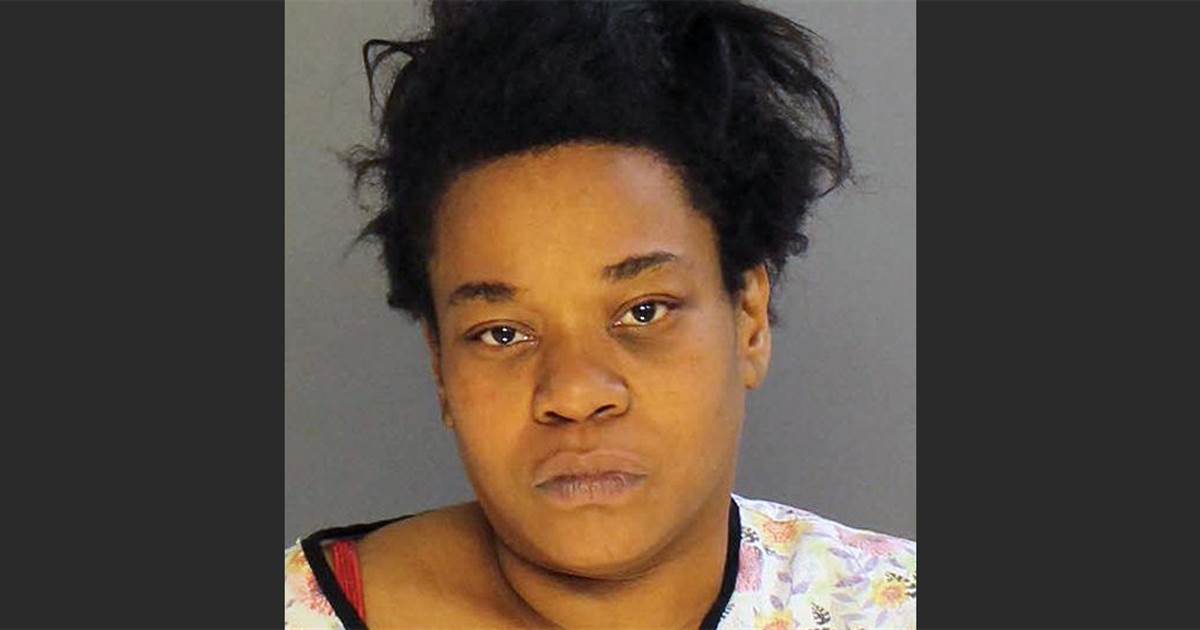 A 4-year-old Philadelphia girl was physically abused and eventually murdered by a caretaker her mother trusted, according to the Philadelphia District Attorney’s […] 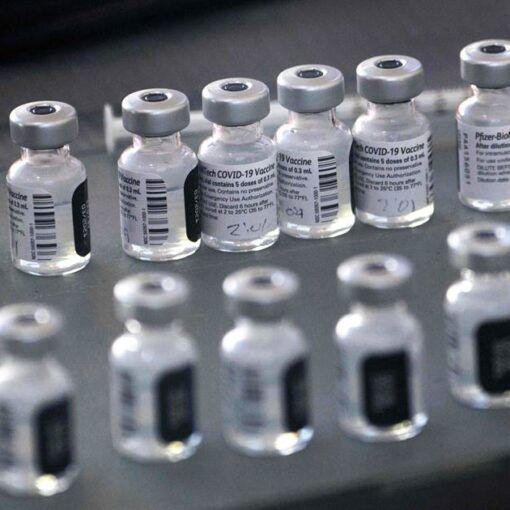 SUN CITY, Ariz. — The need for a Covid-19 vaccine is as urgent in Arizona as anywhere else. Numbers show that the […] 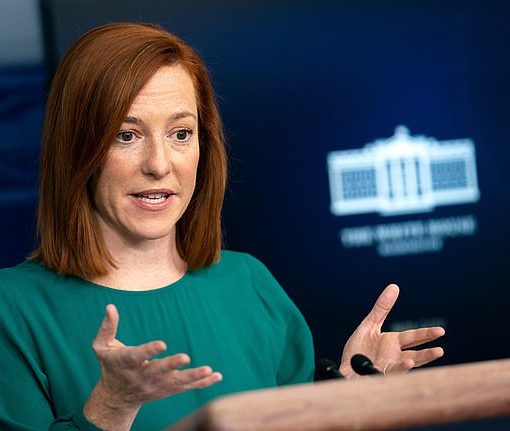