What will people remember about the year 2019 in the year 3019? Just as they’re likely to recall 1969 as the year humans first walked on the moon, they might well hold up the first portrait of a black hole as this year’s most memorable achievement.

By that measure, there’s little question that the Event Horizon Telescope’s radio view of M87’s supermassive black hole, 55 million light-years from Earth, ranks as the year’s top science story. “These are just singular moments in history,” White House science adviser Kelvin Droegemeier told me in April when the image was unveiled in Washington, D.C. “We as humans need this.”

The best part is that the story isn’t over.

In October, the National Science Foundation awarded a $12.7 million grant aimed at improving the Event Horizon Telescope’s network of eight radio telescopes by adding more dishes and boosting the capabilities of existing facilities. The upgrade should produce better pictures of M87 and other supermassive black holes, including the one at the center of our own Milky Way galaxy. But the main objective of the Next-Generation Event Horizon Telescope, or ngEHT, is to go from still imagery to continuous time-lapse views of a black hole’s activity.

“Imagine being able to see a black hole evolve before your eyes,” principal investigator Shep Doeleman said in a news release. “The ngEHT will give us front-row seats to one of the universe’s most spectacular shows.”

Higher-resolution observations could also open up some of the universe’s darkest mysteries: What goes on at the edges of black holes? How do they figure in galaxy evolution? Could the Event Horizon Telescope help cosmologists resolve the paradoxes that plague quantum physics and general relativity? Stay tuned …

The Event Horizon Telescope’s debut image isn’t the only object of scientific interest to be seen for the first time in 2019. In keeping with our year-end tradition, here’s a look back at four other top science stories we’ve covered over the past year, plus five discoveries we’re catching up with.

Four other breakthroughs we featured

New Horizons probe completes history’s farthest fly-by: Three and a half years after buzzing past Pluto, NASA’s New Horizons spacecraft made a successful New Year’s flyby of a two-lobed space snowman 4 billion miles away in the Kuiper Belt, at the edge of the solar system. Johns Hopkins University’s Applied Physics Laboratory was the nerve center for Mission Control, and center stage for space celebrities including astrophysicist (and Queen guitarist) Brian May. In November, the Kuiper Belt object formerly known as 2014 MU69 finally got a proper name: Arrokoth.

AI aces an eighth-grade test: Back in 2015, the late Microsoft co-founder Paul Allen challenged researchers to develop an artificial intelligence program smart enough to pass an eighth-grade science test. A year later, all of the participants in the challenge flunked. This September, the Allen Institute for Artificial Intelligence reported that its Aristo AI program not only passed the test, but scored better than 90%. Don’t rely on Aristo to get you through exams, though: The test was tweaked to eliminate picture problems or essay questions that the program wasn’t designed to handle.

CRISPR enlisted for cures: We highlighted the rise of immunotherapy in 2018’s Year in Science roundup, and this year, scientists pushed further into the biomedical frontier using a revolutionary gene-editing technique known as CRISPR. In May, researchers at Seattle’s Fred Hutchinson Cancer Research Center and other institutions showed how CRISPR could equip white blood cells with weapons to fight off HIV and other viral infections. Another Fred Hutch project aims to turn gold nanoparticles into an efficient delivery mechanism for CRISPR-based treatments.

New Burke Museum shows off old and new treasures: After a three-year, $99 million construction effort, the Burke Museum of Natural History and Culture opened its new home on the University of Washington’s Seattle campus in October. Shopworn exhibits from the Old Burke have been spiffed up, the new building’s layout lets museumgoers watch the Burke’s experts do their work, and there’s a new star of the show: a Tyrannosaurus rex skull that was unearthed in Montana.

Five breakthroughs we’re catching up with

Denisovans emerge from the genetic shadows: Before the 2010s, the world didn’t know that the extinct species of hominids called Denisovans ever existed. As the decade comes to an end, scientists now know enough about the distant cousins of Neanderthals and modern-day humans to imagine what they looked like. The anatomical reconstructions, laid out by researchers in May and September, are based on analysis of DNA extracted from ancient bones. Such techniques are quickly fleshing out humanity’s age-old family tree.

AI turns the table on human poker players: Through the years, we’ve kept track of the various types of games that artificial intelligence programs have mastered, ranging from Go to Iconary, a pastime that’s similar to Pictionary. Last year, GeekWire’s Nat Levy even matched wits with a poker-playing bot at Carnegie Mellon University. This year, an AI program called Pluribus broke new ground by beating not just one, but five human experts in six-player no-limit Texas Hold’em. Researchers at CMU and Facebook say the program’s approach could be applied to more serious games such as fraud prevention and cybersecurity.

Colorful 4,300-year-old Egyptian tomb revealed: Nearly a century after King Tut’s tomb was discovered, archaeologists in Egypt are still coming up with awe-inspiring finds. In April, officials showed off the well-preserved tomb of an Old Kingdom nobleman in Saqqara, south of Cairo. That find follows up on last year’s discovery of a similarly spectacular Saqqara sepulcher. Looking ahead, 2020 is likely to be a banner year for Egyptology — thanks to the opening of the new Grand Egyptian Museum, virtually in the shadow of the Great Pyramids.

110 million-year-old egg found inside fossilized bird: Paleontologists have been finding dinosaur eggs for decades, and are so familiar with them that they’re figuring out what colors they came in. But in March, scientists in China reported finding the first-ever bird egg that sat unlaid inside its mother’s fossilized body. That’s an amazing stroke of luck, considering that fully formed eggs are thought to stay inside adult birds for only 24 hours. The evidence suggests that the trapped egg may have been the cause of the bird’s death 110 million years ago.

Weirdest science story of 2019: I’ve been monitoring scientific weirdness for quite a while, and it’s hard to top the study published in October’s issue of the Journal of Archaeological Science: “Experimental Replication Shows Knives Manufactured From Frozen Human Feces Do Not Work.”

The study was designed to judge the truth of a tale told in the Arctic about an Inuit hunter who butchered a dog with a knife fashioned from his own frozen poop. Trying to replicate the feat in the lab resulted only in a stinky brown mess. But University of British Columbia anthropologist Wade Davis, who played a leading role in popularizing the Inuit tale over the past couple of decades, said the study was fatally (and fecally) flawed.

“I’ve shared the ‘shit knife’ story in public because it helps audiences grasp and understand the extent to which the Inuit are truly a people of the ice,” he wrote in a Nautilus essay. Trying to assess the actual durability of such a knife, in Davis’ view, just misses the point. So to speak. 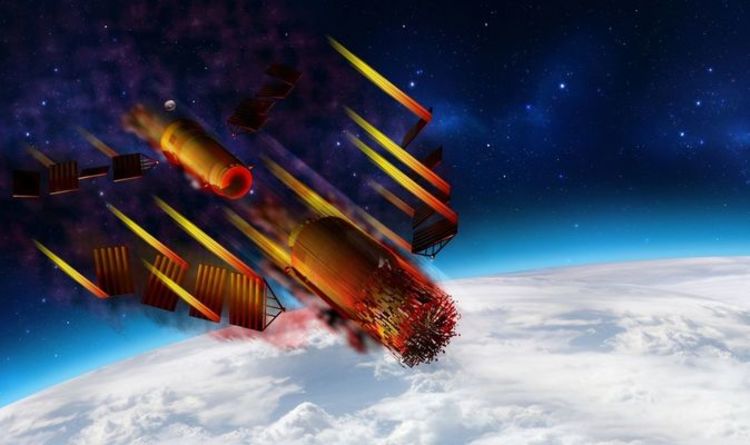 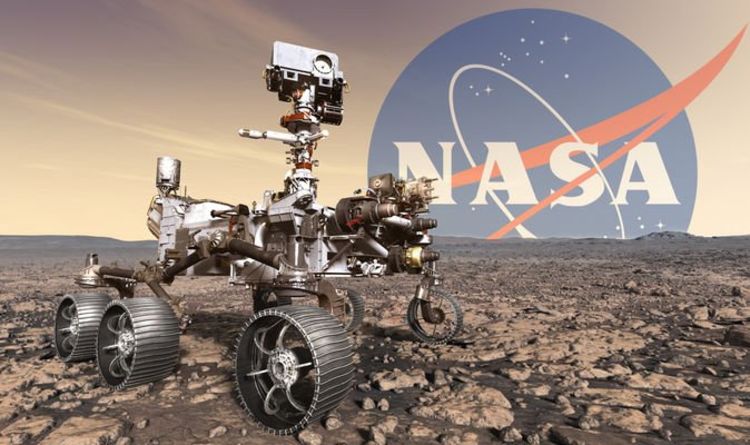 NASA’s competition offers a unique opportunity to name the next robotic explorer that will blast off into space in July 2020. The […]

Kyle Mizokami Security, North America And it would be the start of World War III.  As Many as 321,000 People Could Die […]