On the evening of July 10, 2017 staffers at the U.S. embassy in Brussels—the official office for the ambassador to the European Union—received an unusual call from the seventh floor of the State Department back in Washington. The office of then-Secretary of State Rex Tillerson was irate. Someone in Brussels with access to the mission’s Twitter account had liked the wrong tweet. It had set off alarm bells in Foggy Bottom.

The tweet wasn’t just any tweet. It was one written by Chelsea Clinton and directed at President Donald Trump in a public spat that took the Internet by storm.

That week in July, Trump drew criticism for his decision to let his daughter Ivanka fill his seat at the G20 meeting of top economic powers in Hamburg, Germany. After days of the pile on, Trump took to Twitter the morning of July 10 to claim his decision to have Ivanka represent the U.S. at the G20 was “very standard” and that Chancellor Angela Merkel of Germany agreed. Not more than 15 minutes later, he switched his tenor and began attacking Clinton and the press. “If Chelsea Clinton were asked to hold the seat for her mother, as her mother gave our country away, the Fake News would say CHELSEA FOR PRES!,” Trump said.

Clinton shot back: “It would never have occurred to my mother or my father to ask me. Were you giving our country away? Hoping not.”

That tweet garnered more than half a million likes, including by the account for the U.S. mission to the European Union. That kickstarted a weeks-long investigation, prompted by the secretary’s office, into who exactly at the Brussels mission had access to the Twitter account and hit like on Clinton’s tweet, according to two former U.S. officials. (Full disclosure: Clinton sits on the board of IAC, The Daily Beast’s parent company.) Nearly 10 people were interviewed about whether they, as administrators of the account, had mistakenly or deliberately pressed the “like” button. All of them denied any wrongdoing, those sources said. One individual familiar with the exchanges said the Secretary of State’s top managers in Washington “wanted blood” and called Brussels numerous times demanding the name of the culprit.

U.S. officials in Belgium were never able to give Tillerson’s office a name and soon after, the embassy restructured the Twitter account and limited access to just two individuals.

The concern from the secretary’s office over social media messaging surpassed Tillerson into the era of Secretary of State Mike Pompeo, according to two U.S. officials at American embassies overseas. The micromanaging is still causing headaches for staffers and officials at top American outposts who are trying to navigate the task of pleasing both the State Department and the White House simultaneously—a mission that at times requires two completely different strategies, those sources said.

The officials told The Daily Beast that their offices often get complaints from senior State officials in Washington that their accounts’ language on Twitter, while it matches the president’s tenor, does not align with department thinking. Senior State Department officials have asked particular embassies to switch their rhetoric so it more closely matches the objectives of Foggy Bottom.

At the same time, officials are wary of promoting social media posts that might seem to undermine the desires of the president, according to multiple former and current administration officials. They fear the posts will be quickly undercut, if not directly rebuffed, by a single, angry tweet from President Trump’s personal account.

“There were definitely times [during the Tillerson era] where ambassadors would complain about a complete lack of information flow between the White House and State, and that they would be in the dark about what they were supposed to say, or even put on Twitter,” one of these sources, a senior veteran of the administration, said.

It is unclear if Trump—who is famously thin-skinned about criticism or even mean tweets from prominent critics—himself was aware of this intra-administration kerfuffle over the Clinton tweet, but some of his lieutenants certainly were.

According to two former White House officials, word of the “Chelsea Clinton thing,” as one of the ex-officials said they’d dubbed it, soon reached the halls of the West Wing, where it became a piece of gossip and facepalming among Trump aides, many of whom were still trying to root out perceived foes in their ranks, often by labeling enemies in conversations to the president or to senior staffers as “Never Trumpers,” “anti-Trump,” and “leakers.”

“During that first year, people were constantly trying to get other people fired; some even compiled lists of people to fire that they would show, or try to show, to the president,” said one of the ex-officials. “[The Chelsea Clinton incident] was another little thing that fueled suspicions and reminded…officials in the White House that there were a lot of people working in the administration who clearly hated Donald Trump.”

It would hardly be the only time over the past three years that the State Department has bent itself out of shape over anti-Trump activity on Twitter. Early this year, Finnish journalist Jessikka Aro reportedly had her International Women of Courage Award canceled by State following the department’s realization that she had repeatedly bashed Trump on her personal Twitter account.

“It created a shitstorm of getting her unceremoniously kicked off the list,” an American diplomatic source told Foreign Policy magazine at the time. “I think it was absolutely the wrong decision on so many levels.” A State Department spokesperson claimed to FP that the investigative journalist was “incorrectly notified” that she would be receiving a Courage Award. 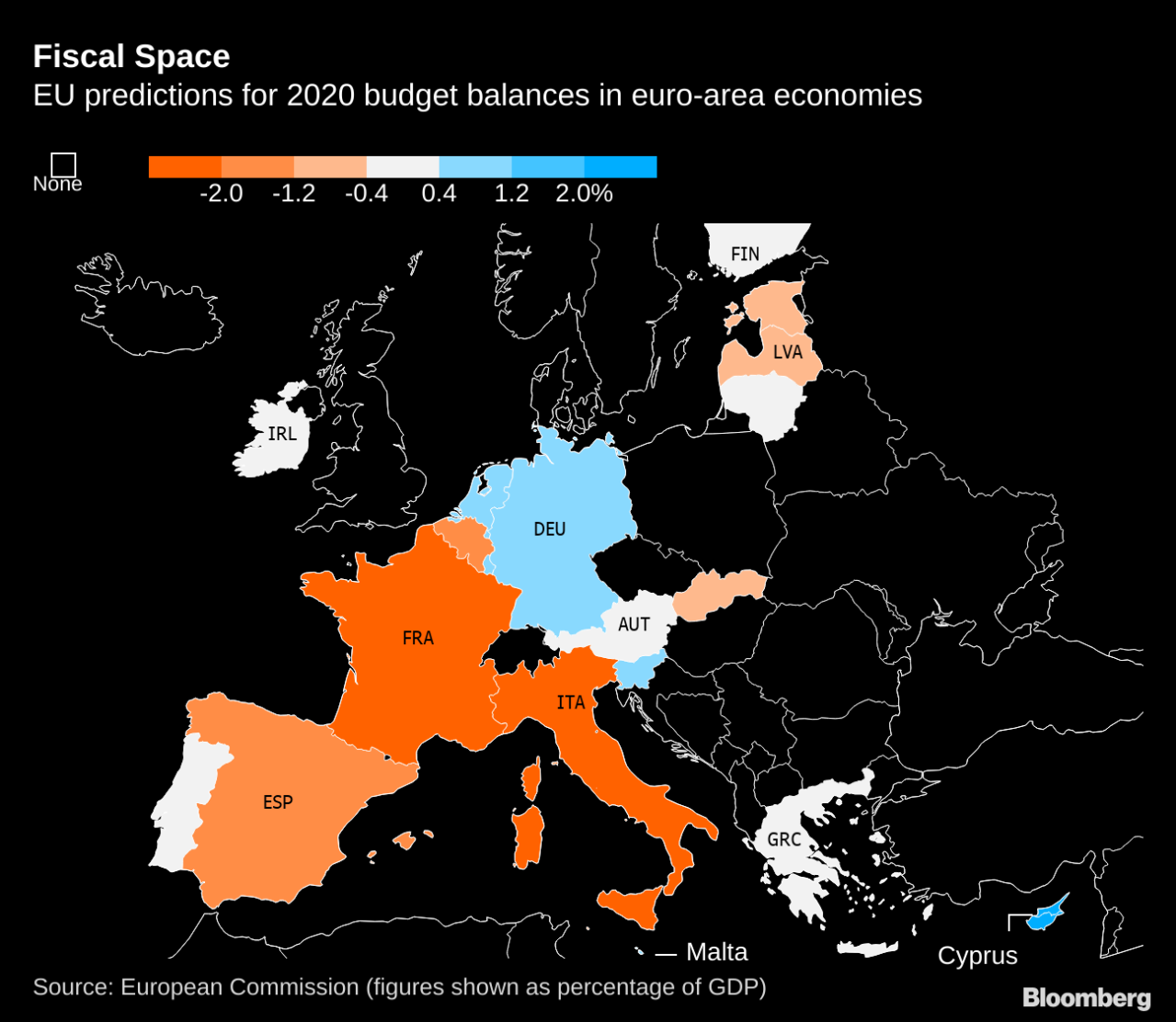 (Bloomberg) — When German officials get nagged about delivering major fiscal stimulus, they have plenty of answers ready for why now isn’t […] 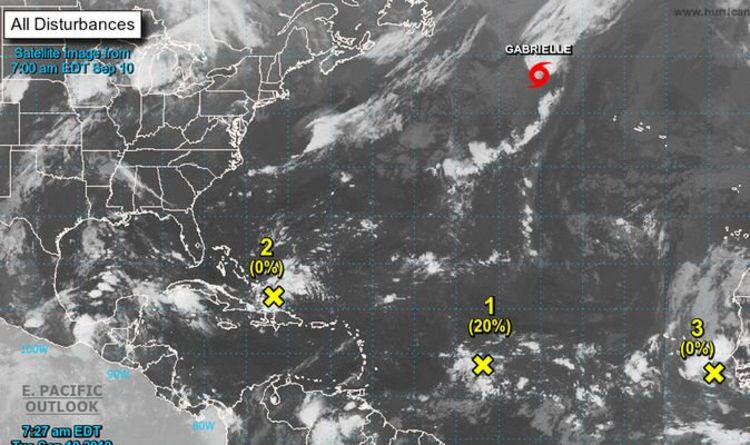 While Tropical Storm Gabriel grinds towards the British Isles, three smaller systems are developing. One is already over the hurricane-ravaged Bahamas, another […] 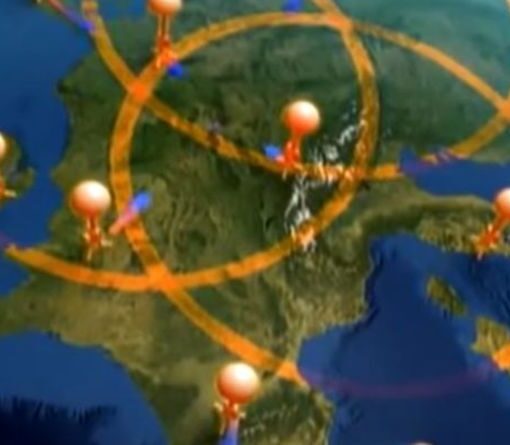 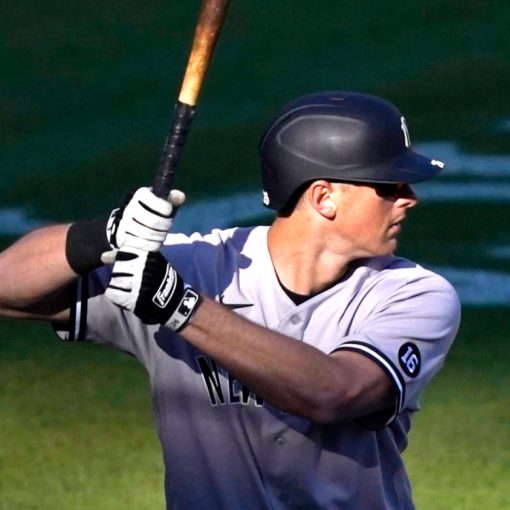 MINNEAPOLIS — Despite his continued struggles at the plate, DJ LeMahieu remained atop the Yankees lineup when they faced the Twins Tuesday […]