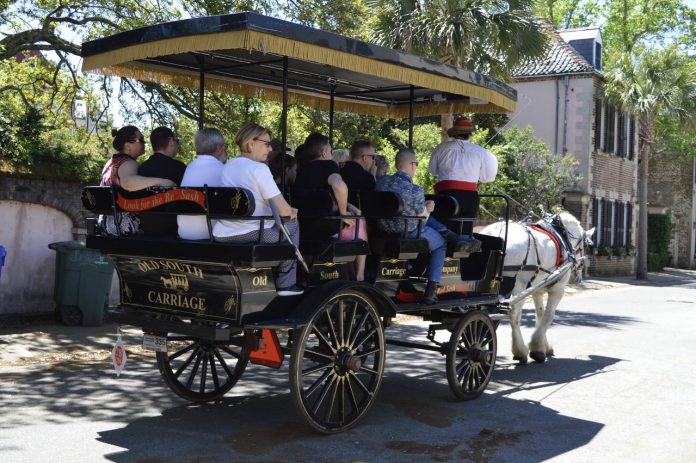 As hiking correspondent for The Travel Magazine, I was lucky enough to do a number of expeditions on foot including walking the Portuguese Coast, the Dolomites and the Swiss Alps. The one that’s most memorable, however, is trekking to the Ciudad Perdita, or Lost City, in Colombia through the jungles of the Sierra Nevada.

It’s not the most spectacular or the most gruelling but what makes it stand out is that there’s no other way to get there, apart from the helicopter. Access is limited to small groups and it necessary to take an indigenous Kogi guide, as the site is sacred to the indigenous people. There’s no alcohol allowed and you sleep in basic bunks under mosquito nets.

It’s a four-day trek, there and back, and although the distance covered is only around 52km, it’s hot and humid so tough going. I was with people a third my age so, of course, I was the one at the back. They didn’t quite believe I could do it but I was pleased to prove them wrong. I got a round of applause as I finished climbing the 1200 moss-covered steps and reached the Lost City, shrouded in mist.

A couple of soldiers waving automatic weapons guarded the entrance – tourists were kidnapped here by guerrillas in 2003. Inside a series of concentric circles, the foundations of wooden huts, lie on wide terraces like manicured lawns, connected by winding pathways. Spread over an area of about 30 hectares, 250 terraces have been discovered so far and around 4000 people are believed to have lived here at its peak.

The early morning mist lifted, allowing the sunlight to pierce the deep green canopy and the only sounds came from the birds and a nearby waterfall. Suddenly two shots rang out, throwing everyone into a panic. Fortunately, it was only the locals on a hunting expedition but it added to a magical experience.

In January, I travelled by train with friends from London to Morzine, in the Portes du Soleil area of the French Alps. As a ski writer, I’ve visited plenty of resorts, but Morzine remains a favourite for three reasons. Firstly, the town is beautiful, with wood and stone chalet-style buildings — and it is buzzing. There’s always plenty going on. From the moment you finish on the slopes, friendly bars like Tremplin welcome you into a ski-booted bopping bonhomie.

Second, the town has plenty of catered-chalet accommodation, with some wonderful independent operators like Alikats, Skiology and Treeline Chalets, to name but three. Staying in these old farmhouse buildings, roaring fire inside and bubbling hot tub outside, is such a great way to experience the Alps. People say a catered chalet is the closest thing to a ‘home from home’. I only wish my home was more like those chalets…

The third thing is the Portes du Soleil ski area itself — a vast 600km powdery playground. There are so many piste options, so much variety of terrain, that every morning you have a tantalising array of choices: head over to Avoriaz; lose yourself on long runs in Morgins; tackle the descents at Les Crozets; or scoot over to the blissfully quiet slopes of Mont Chery. The slopes are peppered with excellent Savoyarde mountain restaurants too., such as Grande Ourse on Mont Chery, the cosy Vaffieu and the friendly, traditional Chez Nannon. Morzine really is a resort where you can take a big group of varying ability and know that everyone is going to be delighted.

I’m really not a creature of habit, but I’m going back to Morzine this January. I just can’t help it.

For me, 2019 has been a whirlwind and I have experienced a number of once in a lifetime hotels and destinations that would only be available to travel journalists. The stand-out experience that will stay with me throughout the rest of my life, however, is my time staying at The Rajbari Bawali, a 30-minute drive from Kolkata in West Bengal.

When I arrived at the entrance to the grand restored 300-year old palace after 12 hours of overnight travel and a slightly hair-raising taxi ride from the airport, it was a surprise to hear the bellowing noise of conch shells being blown to welcome me. The spotlights shining on the grand stone columns in the interior courtyard revealed the luxury of the hotel. In my room, a heavy four-poster bed and colonial-era furnishings, hessian sacks for blinds, and a precarious shower made for a unique experience.

There are few places in the world where you are treated to Indian meals cooked by a chef who has worked at some of the most luxurious 5-star hotels in India and a death-defying ride through the Bengali countryside in a Second World War jeep in the same day. Sailing on a wooden boat at sunset with tasty crudités on the Hooghly River as overcrowded commuter boats chugged past was also a surreal experience.

Back at the Rajbari, breakfast was served on a table in the swimming pool, geese and peacocks squawked all day from sunrise, and local baul singers and dancers entertained guests at night.

When I first heard that I would be spending a few nights in the Bengali countryside, I didn’t really know what to expect. What I experienced was a hark back to a time when the landed gentry savoured luxury in their palace, venturing out on adventures and savouring tasty local food.

It’s the tranquil mountain vista view that makes the arduous trek through the Monte Gordo national park worth every laboured step.

I spent time exploring the wild, mountainous trails of São Nicolau, one of the more unspoiled Cape Verde islands. I was attending the island’s annual trekking festival, which is an innovative tourism project designed to promote the São Nicolau’s potential for trekking development.

Walking the varying trails, I was struck by the wildness and remoteness of the national park. The stillness is occasionally broken by a donkey bell or the sound of local children laughing, making their way to school down the twisting paths.

Hiking around São Nicolau requires a sense of adventure and an affinity for remote trekking. The comprehensive trails feature changing elevation, dramatic cliff drop paths, shifting ground and a small degree of mild peril, as you scramble up loose rock. These are challenging trails that should not be attempted without a professional guide. It is so easy to put a foot wrong here and wander off into the wilderness.

During one of the more demanding routes, I managed to sprain my knee and had to hobble down the downward sloping paths of a dormant volcano. Luckily, I was able to be seen by the ‘local healer’ upon my return. He managed to fix me up enough [using burning cups I might add], to get me back out on the trails the next day.

Hiking in São Nicolau is the perfect place for outdoor lovers to experience trekking in an untouched destination.

Charleston is home to rich history, well-preserved architecture and one of the most exciting food scenes in the US. Church steeples, not skyscrapers dot the skyline, the streets are cobbled and the buildings pastel coloured. The city oozes old-world charm and is now much more accessible with the launch in April of a new direct British Airways flight. I was lucky to be on one of the first flights out of Heathrow.

Charleston exists as one of North America’s most architecturally significant destinations and one of the highlights of my visit was a horse (or in my case mule) and carriage tour, the classic way of seeing the confection coloured homes of Rainbow Row and hearing a little more of the city’s history. I took to the water on a romantic sunset cruise on board The Schooner Pride, an 84’ tall ship, modelled after the 18th-century coastal trading schooners that once dotted the harbour. I spotted dolphins and pelicans before heading home to Hotel Bennett, the South’s grandest new hotel overlooking the iconic and historic Marion Square in Downtown Charleston.

Magnolia Plantation is one of the most visited plantations in South Caroline but my particular favourite was Middleton Place, home to the oldest landscaped gardens in America. Rare camellias bloom in the winter, while vibrant azaleas blanket the hillside in spring.

When it comes to food, Low Country cuisine has evolved over the past 300 years with my top restaurant suggestion being The Charleston Grill. Diners travel far and wide for the Grill’s signature crab cakes, a long-standing fixture on the award-winning menu, this dish features a generously packed cake of fresh crab meat and a winning blend of herbs and spices.

With plans underway to mark Charleston’s 350th Anniversary next year there’s a lot to look forward to and I have no hesitation in recommending this Southern Belle.

For my fantasy holiday, the dream of getting away from it all was an island fringed with powdery white beaches; a place where wild berries hung like bunches of grapes beside the lanes, wild roses and flowers dotted every meadow and subtropical plants grew into giants. I imagined a place where lobsters and crabs could be caught on command and where I could wander for days without encountering more than a handful of people.

They were only daydreams. I never imagined I would find all this and more a mere 15-minute flight from the English coast. Then I discovered the Isles of Scilly and, in particular, St Agnes, the southernmost settled place in Britain. You get there on one of the little boats that connect the five inhabited islands. It’s ten-minutes in an open boat, from St Mary’s (the Scilly “mainland”). At the harbour, framed by strange stacks of black granite boulders, the only greeters are the sea birds. The crew leaves a few packages and a mail sack on the dock and they’re off to catch the tide.

Then you’re left to explore on your own. It’s a three-mile walk to encircle the whole island, or about a mile on a short, paved lane. The Turk’s Head Pub, just round the bend from the harbour, has views of Gugh, an even tinier islet attached by a sandbar at low tide. Once past it, the most profound silence, disturbed only by the wind in the hedgerows, descends. I stopped to chat with two artists: Emma Eberlein runs the Pot Buoys Gallery and potter Lou Simmonds makes her own glazes and clay working out of an idyllic gallery in the Island Hall. At the church, I admired stained-glass windows by another local artist, Oriel Hicks. I picked sun-warmed berries from the hedgerows and beachcombed for shipwrecked Venetian beads at Beady Pool. And then it was time to go: the tide waits for no one. I will return. 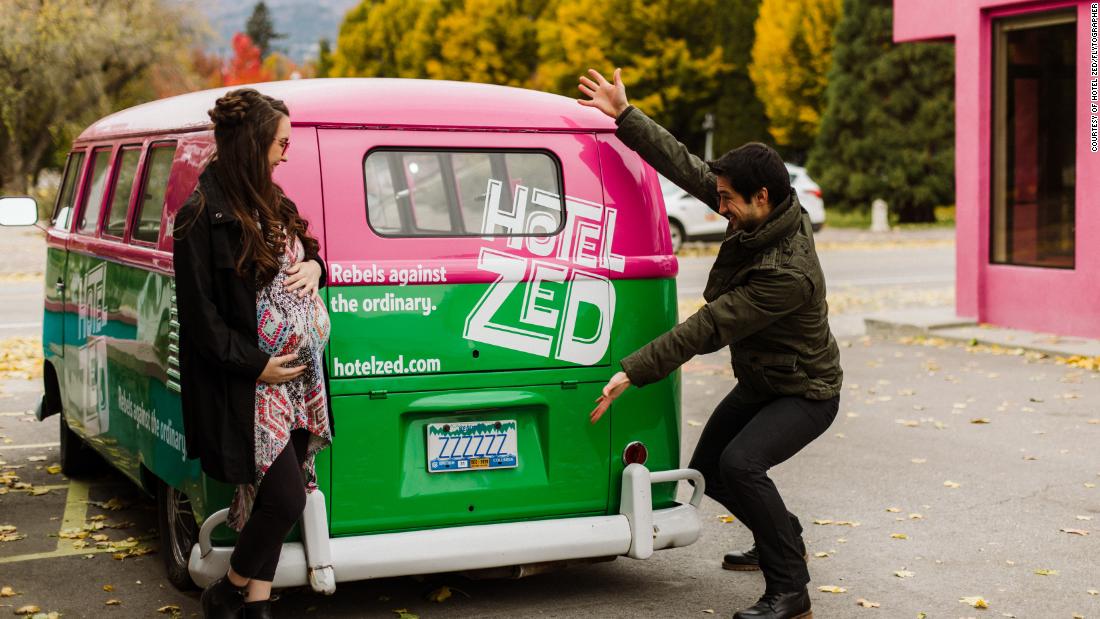 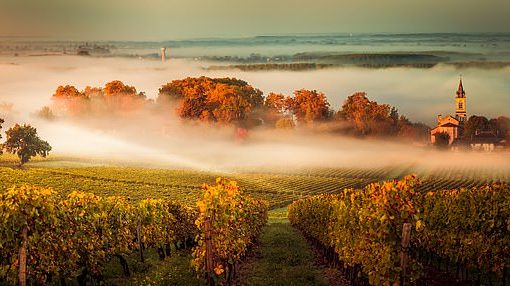 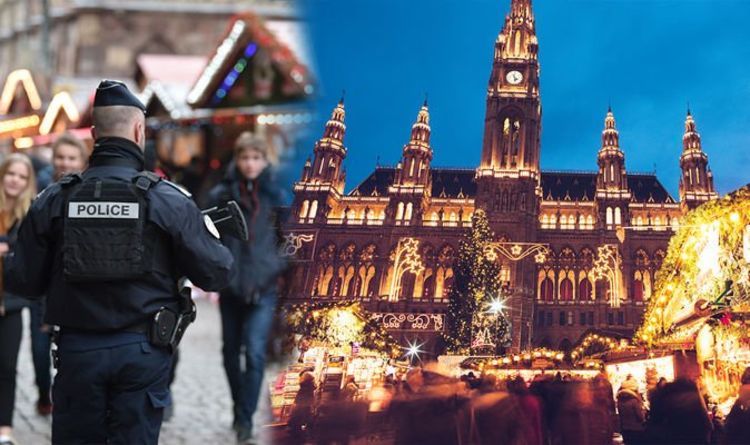 Christmas is fast approaching and with that comes a flood of themed markets popping up around Europe to welcome the festive season. […] 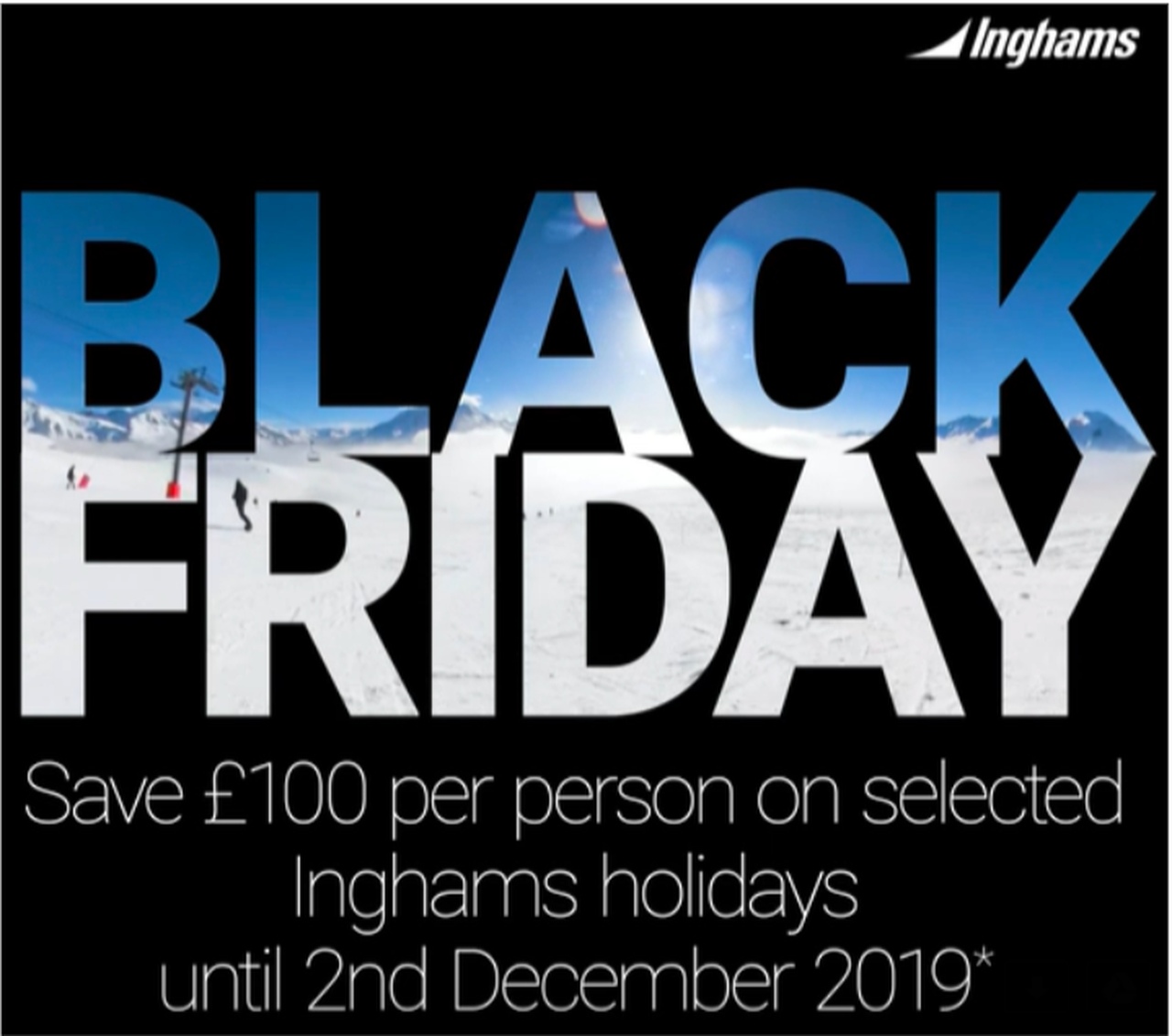