Arsenal boss Mikel Arteta is determined to patch up the relationship between the club and the fans following a turbulent start to the season. The Gunners struggled under Unai Emery and results didn’t improve under caretaker coach Freddie Ljungberg either as they slumped to 11th place with eight points separating them from the top four.

The north Londoners’ disastrous run of form has sparked immense frustration within the fanbase which widened the fracture and led to supporters’ groups issuing a joint statement last month to owner Stan Kroenke expressing their “grave concerns”.

Arteta understands that one of the key tasks he needs to carry through is bringing the club and supporters back together again as he understands the team has a duty towards its loyal fanbase.

First, though, the Spaniard needs to win over the players and will look to start by convincing Granit Xhaka to snub a bid by Hertha Berlin and stay at the Emirates.

When asked about the current relationship with the fans, Arteta said: “Hopefully we can change it.

JUST IN: Man City ‘complete’ Martin Odegaard transfer… but the announcement is fake

“I think it’s very, very important in my job. At the end of the day they’re expecting a lot from us.

“We have to give them enjoyment, we have to make their lives better and, when we win, it will be better because they will be happier. 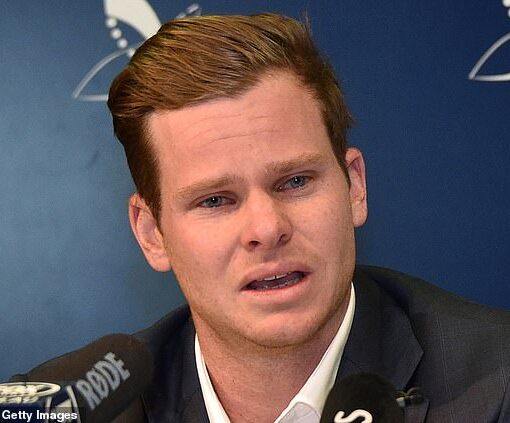 DAVID ‘BUMBLE’ LLOYD: Given his history with sandpaper, childish Steve Smith cannot have two brain cells to rub together after being caught […]

It is a fair guess that Gareth Bale, everyone’s favourite top-knot idiot, did not rush from the pitch after Wales’s match against […]