Eighteen MPs were arrested by police as chaos broke out in Montenegro’s parliament over a freedom of religion law that has sparked protests across the tiny Balkan republic.

The law, which went through in the early hours of Friday, could enable the state to claim ownership of hundreds of religious buildings.

Pro-Serb opposition MPs had tried to disrupt the vote and some were seen rushing towards the speaker.

Bottles were hurled in the chamber.

There was also one report of a firecracker or tear gas canister being thrown. Police entered the chamber, including some wearing gas masks. In all, 22 people were detained, including 18 MPs from the pro-Serbian opposition Democratic Front (DF).

Fifteen MPs were quickly released but two leaders of the DF, Andrija Mandic and Milan Knezevic, were held on Friday on suspicion of preventing an official from carrying out their duty. Another DF deputy was held for allegedly assaulting an official.

Mr Mandic and Mr Knezevic were already on bail pending an appeal against a five-year jail term for staging an alleged Russian-backed attempted coup in 2016.

The Serbian Orthodox Church, Montenegro’s most powerful religious institution, reacted to the law by accusing the government of carrying out a “flagrant attack”.

Why is the law controversial?

Although Montenegro split from a union with Serbia after a 2006 referendum, seven out of 10 Montenegrins are still loyal to the Serbian Orthodox Church, according to BBC Balkans correspondent Guy Delauney.

The Church says the government’s law seeks to weaken its influence and one bishop warned it could cause “civil war”.

Under the law, religious institutions would have to prove they held rights to their property before 1918, when Montenegro lost its independence and joined the country that eventually became Yugoslavia.

Critics see the move as an attempt to steer the republic away from Serbia and push forward the Montenegrin Orthodox church.

The property affected includes dozens of monasteries and a large area of territory, the Church says.

President Milo Djukanovic, who has backed “renewal” of the republic’s independent Church, said earlier this year that there was no intention to remove any property from anyone.

“We have said we are ready to die for our church and we are demonstrating that,” said one of the two detained opposition leaders, Mr Mandic.

Priests joined protesters on Thursday as they tried to make their way towards parliament in the capital Podgorica, only to find their way blocked by riot police.

The Church said the arrests and “violence” towards citizens demonstrating across the state left Orthodox believers facing “one of the hardest Christmases in Montenegro’s modern history”. The country has a population of 620,000.

Like Serbia and several other Balkan nations, Montenegro is a candidate to join the EU. Unlike Serbia it has been a member of the Western military alliance Nato since 2017.

Neighbour Kosovo has seen its own turbulence in parliament. 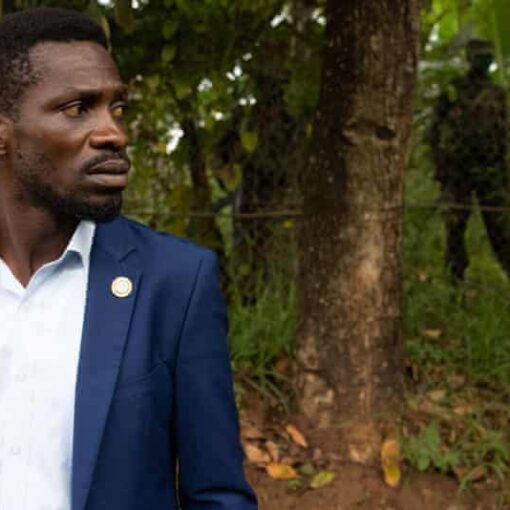 Palm Trees and Power Lines, a remarkably sharp-eyed and bruising debut from writer-director Jamie Dack, opens in the distended, languid stretch of […]