Granit Xhaka remarkably looks set to have a future at Arsenal, after new manager Mikel Arteta admitted he was a fan. The Swiss midfielder looked to be on the way out of the Emirates in January, with Bundesliga club Hertha Berlin ready to pay £20 million for the unhappy 27 year old.

Xhaka has fought his way back into the team after falling out of favour when he told fans to “f*** off” against Crystal Palace in October – but his form has not improved.

Xhaka, who played in Germany for Borussia Monchengladbach between 2012 and 2016, has told friends he is keen to return to the Bundesliga – but Arteta is now set to put a stop to any potential move.

The Spaniard, who takes charge of his first Gunners game today at Bournemouth after being appointed on a three and a half year deal last Friday, revealed that when he was no2 to Pep Guardiola at Manchester City they wanted to sign Xhaka from Monchengladbach in 2016 but missed out to Arsenal.

Arteta said: “When I was going from Arsenal to City to start coaching in 2016 and we were looking in that position, Xhaka was one of the players on my list.

“That is how much I liked him. I was happy when Arsenal signed him because I thought he was going to be a terrific player.

“But I have been amazed by how this relationship is starting to come back, and I think the fans have been very very positive about him, as he has as well.

“Obviously it is difficult to change completely the scenario from where he was to a magnificent one. But I think we are in the right direction with him.”

Arteta added: “I spoke to him and told him how much I like him and what I expect from him. How important he is for the team. I am here to help him, I want him to feel we are right behind him.

“Not just myself but the whole club. If we can get the people in the right way as well, the fans with him, it will be helpful for the team, which is where it matters.”

The Spaniard added: “What I am expecting from my team today is full commitment, aggression. I want a big reaction after we lose the ball. I want our body language to be intact, so energy is going to be top.

“The style of play we had at City is what I was born with, what I understand and is the best way to play. But the context right now, here, is not City. It is completely different. I want to give the players confidence, reassurance and guidance. Slowly, hopefully we will get to where I want.”

A shallow depth of field focused on the tips of the swimmer’s toes; a flurry of bubbles rising upwards; an unidentifiable torso […]

(Reuters) – The National Women’s Soccer League (NWSL) announced on Tuesday that Amanda Duffy has been named president of the nine-team U.S. […]

In 1992, when I was a thrusting young(ish) reporter on the Scotsman, my then girlfriend (and now wife) and I went on […] 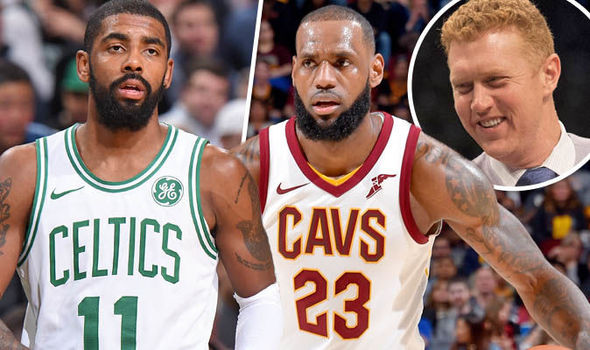 That is the view of Boston legend, analyst and talk show host Brian Scalabrine, AKA the White Mamba, who believes the sky’s […]