John Lennon met Yoko Ono in 1966 and soon left his first wife Cynthia Lennon and started up a relationship with the artist. Shortly after they were married in 1969, he told The Beatles he no longer wanted to be part of the band. His romance with Ono is often the focus of The Beatles fans’ anger regarding the group’s split, with many blaming her for drawing him away from mainstream music and into more experimental endeavours.

During an interview with Howard Stern last year, Paul McCartney opened up on the divide between him and his childhood friend Lennon following the disintegration of the band.

On the period of time during which he and Lennon exchanged jibes through their solo music, the Wings star laughed: “We were writing songs at each other, weaponising songs.”

However, he went on to admit his relief that they reconciled their feud before Lennon was fatally shot in 1980.

“We got over it, luckily,” he said. “I feel very blessed that we got over it because if we hadn’t and then John goes and gets killed, I don’t know how I would’ve dealt with that.”

“But looking back on it you think, the guy was totally in love with her and you’ve just got to respect that. So, we did and I do,” he insisted.

In interviews, McCartney has said the break-up of The Beatles wasn’t Ono’s fault, emphasising that Lennon was going to leave the band anyway.

Despite their tense relationship back in the 1970s, he and Ono are now friends.

Speaking to Rolling Stone, McCartney previously explained why things were fraught between the group and Ono in the early days, saying: “We weren’t sexiest, but girls didn’t come to the studio — they tended to leave us to it.

“When John got with Yoko, she wasn’t in the control room or to the side; it was in the middle of the four of us.”

He said the “big awakening” for him was: “If John loves this woman, that’s gotta be right. I realised any resistance was something I had to overcome.

“It was a little hard at first,” he admitted. “Gradually, we did.

The title for the Men in Black spin off starring Tessa Thompson and Chris Hemsworth is officially Men in Black: International.

The Walt Disney Co. will release “Frozen 2” on Disney-Plus several months early to give families cooped up by the coronavirus a […] 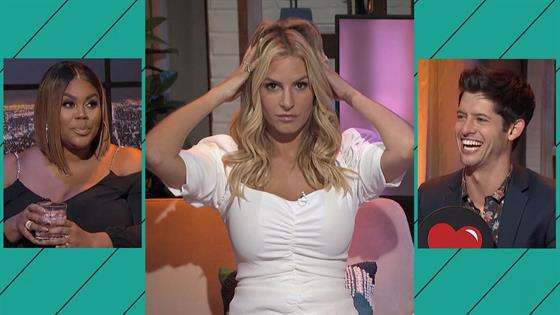 “LIVE with Kelly and Ryan,” “The Tameron Hall Show” and “The View,” all nationally broadcast ABC shows based in New York, will […]