There’s no other car show quite like Radwood. It’s an event that celebrates the weird and wonderful vehicles of the 1980s and 1990s — an era when many folks, your authors included, really fell in love with cars and car culture. Everything from high-dollar exotics to budget-minded econo-boxes are celebrated here. No matter the car’s country of origin, body style, price tag or intended purpose, if it’s from the ’80s or ’90s, and you love it, then it’s rad. Period.

Radwood has grown from being a twice-annual, California-based gathering to a global affair, with more events planned in more locations in the coming years. Automakers are even getting in on the fun, too. The 2019 event marked the second year Honda and Acura brought an impressive showing of vehicles, including a resto-mod 1997 SLX, featuring the 2.0-liter turbo engine and all-wheel-drive system from the new RDX crossover.

We’re huge fans of Radwood here at Roadshow, and last year, brought a minty-fresh 1999 Honda Civic Si — one of the company’s heritage collection cars — to the SoCal event. This year, we opted to do the same, chaperoning another Honda collectible — the 1993 Prelude — down to the show in Orange County, as well as a very special Mercedes-Benz, one built for and loaned to comedian Jerry Seinfeld. A sporty Japanese two-door and a luxurious German ‘bahn-burner. If those aren’t rad, what is?

It’s not every day that you get to drive the same car that Jerry Seinfeld did. Yet, here I am, in the same Renntech Mercedes E60 that the automaker lent to the comedian. Is it a little nerve-wracking? Yes, but it doesn’t take long after sliding into the driver’s seat to realize just how little worry I should actually have.

The Renntech E60 isn’t your average Mercedes-Benz. Starting with a 1997 Mercedes-Benz E420, the car was then sent to both AMG and Renntech, and about $115,000 later, the E60 was born. Its stroked, ported and cammed 6.0-liter V8 puts out 434 horsepower and 525 pound-feet of torque. Those numbers might seem average now, but 20 years ago, that made for one hot Benz.

On the road, the E60 feels just as chill as the standard Benz. Light throttle around town produces a barely there bass note from the pipes out back, and it has no problem cruising at low speeds with commensurate smoothness. All that torque means adding speed doesn’t even require work from the five-speed automatic transmission — without switching gears, the engine provides enough thrust to add 10 or 15 mph (or more) in a hurry.

The E60’s interior is practically a time machine, hitting me with the sights (and smells) of the 1990s through barely molested blue leather and big, chunky switchgear. The steering is unlike anything I’ve experienced lately, in that there’s actual feedback and feeling coming through. The body soaks up most of the harshness of California’s pavement, leaving me with a solid cruiser that is happy to play at any speed.

The big takeaway after driving the Renntech E60 is how Mercedes-AMG’s current products have retained that same effortless, solid, German-bank-vault feeling on the road. This car really feels like it could go great distances at great speeds — or, you know, just to Orange County and back for a car show.

Talk to any serious Honda fanboy and you’ll likely end up in a conversation about the 1990s, Honda’s sports-car heyday, filled with cars like the Civic Si, the CRX and the Prelude. These front-drive, four-cylinder cars were both efficient and an absolute blast to drive, so when a delivery-mileage 1993 Prelude needed driving to and from Radwood, I was happy to slide behind the wheel and figure out if enthusiasts were seeing the decade through rose-colored glasses.

The Prelude is an absolute blast. First off, the visibility is astounding, thanks to tiny A-pillars and sufficiently tall glass — and that’s a necessity in 2019, when most vehicles are much taller and will have a harder time spotting a small red sports car in traffic. The four-cylinder engine is a peach, making up for its lack of torque with a rev-happy sprightliness that demands I examine every corner of the tachometer as often as possible. The five-speed manual obviously keeps the revs a little highway at freeway speeds (4,000 rpm at 75 mph or so), but the clutch-pedal feel is perfect and the gear lever makes for some smooth shifting.

The Prelude has a fun little trick that many automakers are just now integrating into their cars. Four-wheel steering allows for extra agility at both low and high speeds, and the Prelude had it decades before some other sports cars. You won’t see it working unless you stand outside the car while someone turns the steering wheel to the extremes, but you’ll definitely feel it working when whipping this little runabout around town.

This coupe is a reminder of the simple sports cars that were in high abundance in the 1990s — not just from Honda, but from other automakers, as well. It’s a wholly different experience than a Renntech E60, but just like that Mercedes, the Prelude is a car that, more than 20 years later, feels every bit as exciting as it did when it was brand new. 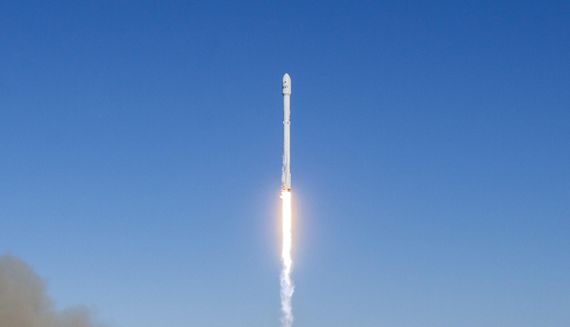 Falcon 9 satellite launches are big business for SpaceX. SpaceX SpaceX plans to launch a Falcon 9 rocket into space from Cape […] Overall driving range is perhaps the biggest talking point of any new electric car. Yet it won’t be the key reason to […] FILE PHOTO: The logo of Amazon is seen at the company logistics centre in Boves, France, November 5, 2019. REUTERS/Pascal Rossignol BERLIN […] 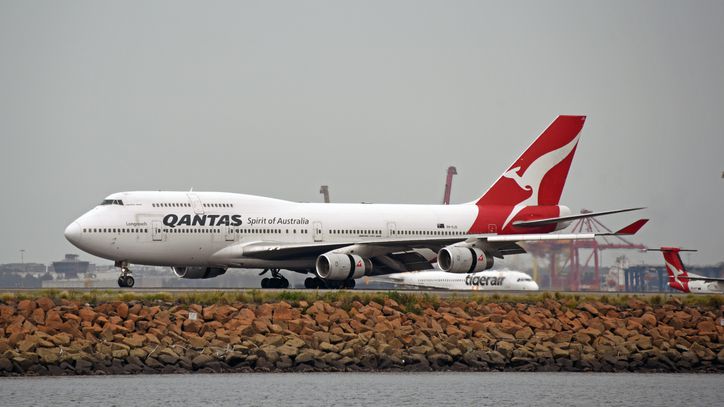 The Queen of the Skies. The jumbo jet. The whale.  All are nicknames for the Boeing 747, the most famous jet airliner […]