GANGOTRI, India — High in the Himalayas, it’s easy to see why the Ganges River is considered sacred.

According to Hindu legend, the Milky Way became this earthly body of water to wash away humanity’s sins. As it drains out of a glacier here, rock silt dyes the ice-cold torrent an opaque gray, but biologically, the river is pristine — free of bacteria.

Then, long before it flows past any big cities, hospitals, factories or farms, its purity degrades. It becomes filled with a virulent type of bacteria, resistant to common antibiotics.

The Ganges is living proof that antibiotic-resistant bacteria are almost everywhere. The river offers powerful insight into the prevalence and spread of drug-resistant infections, one of the world’s most pressing public health problems. Its waters provide clues to how these pathogens find their way into our ecosystem.

Winding over 1,500 miles to the Bay of Bengal, Ma Ganga — “Mother Ganges” — eventually becomes one of the planet’s most polluted rivers, a mélange of urban sewage, animal waste, pesticides, fertilizers, industrial metals and rivulets of ashes from cremated bodies.

But annual tests by scientists at the Indian Institute of Technology show that antibiotic-resistant bacteria appear while the river is still flowing through the narrow gorges of the Himalayan foothills, hundreds of miles before it encounters any of the usual suspects that would pollute its waters with resistant germs.

The bacterial levels are “astronomically high,” said Shaikh Ziauddin Ahammad, a professor of biochemical engineering at the Indian Institute of Technology. The only possible source is humans, specifically the throngs of ritual bathers who come to wash away their sins and immerse themselves in the waters.

Beyond the Ganges, India has some of the highest antibiotic-resistance rates in the world, according to a 2017 report from the government’s Ministry of Science and Technology,

Tests showed that about 70% of four bacteria species commonly found in hospital patients were resistant to typical first-line antibiotics. Between 12% and 71% — depending on the species tested — were also resistant to carbapenems, a class of antibiotics once considered the last line of defense.

Other studies confirm the danger. An article in Lancet Infectious Diseases found that about 57% of infections in India with Klebsiella pneumoniae, a common bacterium, were carbapenem-resistant.

But where exactly do these armies of drug-resistant germs come from? Are they already everywhere — in the soil beneath our feet, for example? Do they emerge in hospitals, where antibiotics are heavily used?

Are they bred in the intestines of livestock on factory farms? Do they arise in the fish, plants or plankton living in lakes downstream from pharmaceutical factories?

Or are the germs just sitting inside the patients themselves, waiting for their hosts to weaken enough for them to take over?

Research now being done in India and elsewhere suggests an answer to these questions: Yes, all of the above.

But how drug-resistant bacteria jump from one human to another outside of a hospital setting is the least-understood part of the process, and that is why the findings from the Ganges are so valuable.

Antibiotic-resistance genes are not new. They are nearly as old as life itself.

On a planet that is about 4.5 billion years old, bacteria appeared about 3.8 billion years ago. As they fed on one other — and later on molds, fungi, plants and animals — their victims evolved genes to make bacteria-killing proteins or toxins, nature’s antibiotics. (Penicillin, for example, was discovered growing in mold.)

The bacteria, in turn, evolved defenses to negate those antibiotics. What modern medicine has done, scientists say, is put constant Darwinian pressure on bacteria.

Outside the body, they face sunlight, soap, heat, bleach, alcohol and iodine. Inside, they face multiple rounds of antibiotics. Only the ones that can evolve drug-resistance genes — or grab them from a nearby species, which some bacteria can do — will survive.

The result is a global bout of sudden-death elimination at a microscopic level. Bacteria once susceptible to all families of antibiotics have become resistant to penicillins, then tetracyclines, then cephalosporins, then fluoroquinolones — and so on, until nearly nothing works against them.

“When bacteria are stressed, they turn on their SOS system,” said David W. Graham, a professor of ecosystems engineering at Newcastle University in Britain and a pioneer in antibiotic-resistance testing. “It accelerates the rate at which they rearrange their genes and pick up new ones.”

“Until then,” Graham said, “I had avoided India because I thought it was one huge polluted mess.” With antibiotic-resistant bacteria so ubiquitous, it would be hard to design a good experiment — one with a “control,” someplace relatively bacteria-free.

“We needed to find some place with clear differences between polluted and unpolluted areas,” Graham said.

That turned out to be the Ganges.

Although it is officially sacred, the Ganges is also a vital, working river. Its numerous watersheds in the mountains, across the Deccan Plateau and its vast delta serve 400 million people — a third of India’s population — as a source of drinking water for humans and animals, essential for crop irrigation, travel and fishing.

Twice a year, two of Ahammad’s doctoral students, Deepak K. Prasad and Rishabh Shukla, take samples along the whole river, from Gangotri to the sea, and test them for organisms with drug-resistance genes.

The high levels discovered in the river’s lower stretches were no surprise. But the researchers found bacteria with resistance genes even in the river’s first 100 miles, after it leaves Gangotri and flows past the next cities downstream: Uttarkashi, Rishikesh and Haridwar.

More important, the researchers found that the levels were consistently low in winter and then surged during the pilgrimage season, May and June.

Tiny Gangotri is so high in the mountains that it closes in winter, made impassable by the snow. But in summer, the area’s population swells with hundreds of thousands of pilgrims.

Because the district is sacred, no alcohol or meat may be sold there. Devout Hindus are often vegetarian and abstemious.

The riverside cities have wide flights of steps, called ghats, leading into the water, often with netting or guardrails. They help pilgrims safely immerse themselves and drink — a ritual that is supposed to wash away sins and hasten entry into paradise.

The most famous of the Upper Ganges pilgrimage cities is Rishikesh. Its streets are lined with hotels with names like Holy River and Aloha on the Ganges. Besides pilgrims, Westerners pour in for the town’s annual yoga festival or to study in its many ashrams and ayurvedic medicine institutes.

In 1968, the Beatles studied Transcendental Meditation there with the Maharishi Mahesh Yogi. In his pre-Apple days, Steve Jobs pursued enlightenment there. Prince Charles and Camilla Parker-Bowles have visited.

The population is about 100,000 in winter, but in the pilgrimage-vacation season it can swell to 500,000. The city’s sewage treatment plant can handle the waste of only 78,000 people, Ahammad said. The government deploys many portable toilets, but the slightest rainstorm can send sewage cascading into the river.

In 2014, Graham and Ahammad found the clean-versus-dirty line in the Ganges to be at its starkest at Rishikesh.

That finding has led the researchers to several conclusions. The resistant bacteria in the water had to have come from people — specifically, from their intestines.

Perhaps more intriguing, those people were fairly healthy — most were hale and hearty enough to be pilgrims, yoga students or river-rafters.

Presumably, Ahammad and Graham explained, the healthy travelers “bad” gut flora were held in check by their “good” flora.

At least 1,000 bacterial species have been found colonizing human intestines. A healthy individual has at least 150 species, all competing with one another for space and food.

People can shed the bacteria they carry into the Ganges, Ahammad’s and Graham’s research shows. Then, if someone else picks them up, then falls ill and is given antibiotics, the person’s good bacteria can be killed and the bad ones have an opportunity to take over.

“We are not telling people to stop rituals they’ve done for thousands of years,” Ahammad said. “But the government should do more to control the pollution and protect them.”

What will be required, he said, is an Indian equivalent of the Clean Water Act, which provided billions of federal dollars to build hundreds of sewage treatment plants across the United States.

And even that, he explained, would not be enough. While tertiary sewage treatment can kill or remove resistant bacteria, it doesn’t destroy free-floating DNA.

“That technology hasn’t been invented yet,” said Shukla, who is working to invent it.

In the meantime, pilgrims will continue to be at risk, trusting in the gods to protect them.

“Ganga is our mother — drinking her water is our fate,” said Jairam Bhai, a large, jovial 65-year-old food vendor who held two small jugs as he waited to descend into the water in Gangotri. “If you have faith, you are safe.”

“We don’t follow bacteria, we don’t think about it,” added Jagdish Vaishnav, a 30-year-old English teacher who said he swam and drank the water in Rishikesh, Haridwar and even in Varanasi, where torrents of raw sewage can be seen flowing into the river.

Devout Hindus go there to die so that they can be cremated on the ghats or on floating rafts and have their ashes can be strewn on the water to free them from the cycle of death and rebirth.

Up high in Gangotri, the priests on the banks say they are well aware of the dangers downstream.

“Below Haridwar, I believe there are chances of disease,” said Basudev Semwal, 50. “That’s why we publicize that people should come here — because it’s cleaner.”

His companion, Suraj Semwal, 44, said the government should do more. If all Hindu religious figures could get together, they might be able to demand a cleanup, he said. But the many Hindu religious orders are not hierarchical like those of Roman Catholicism, which has a Pope.

“Everyone has their own voice, so they can’t speak together,” he said.

In Canada, he said he had heard, “There is a river where you can get fined if you even touch it — and it’s just a river, not holy at all. Here we have a holy river, and it’s very dirty and nothing is being done.” 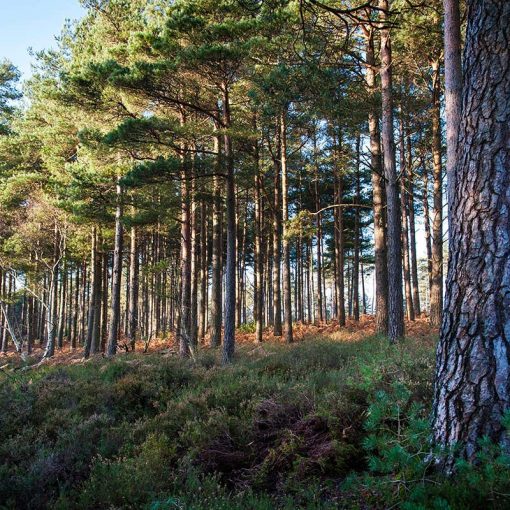 By Layal Liverpool Woodland in the UK has been influenced by human activity for millennia Steve Speller/Alamy As early as 12,000 years […] 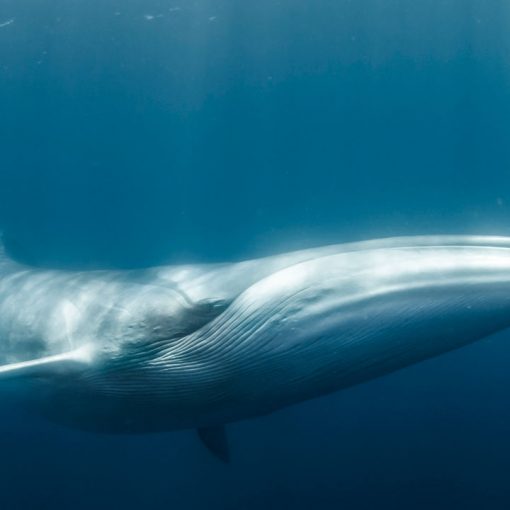 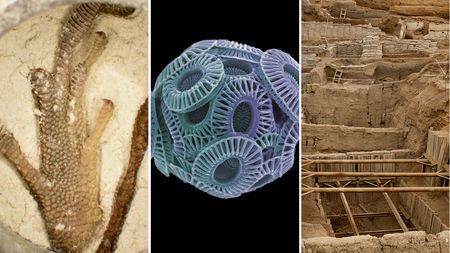 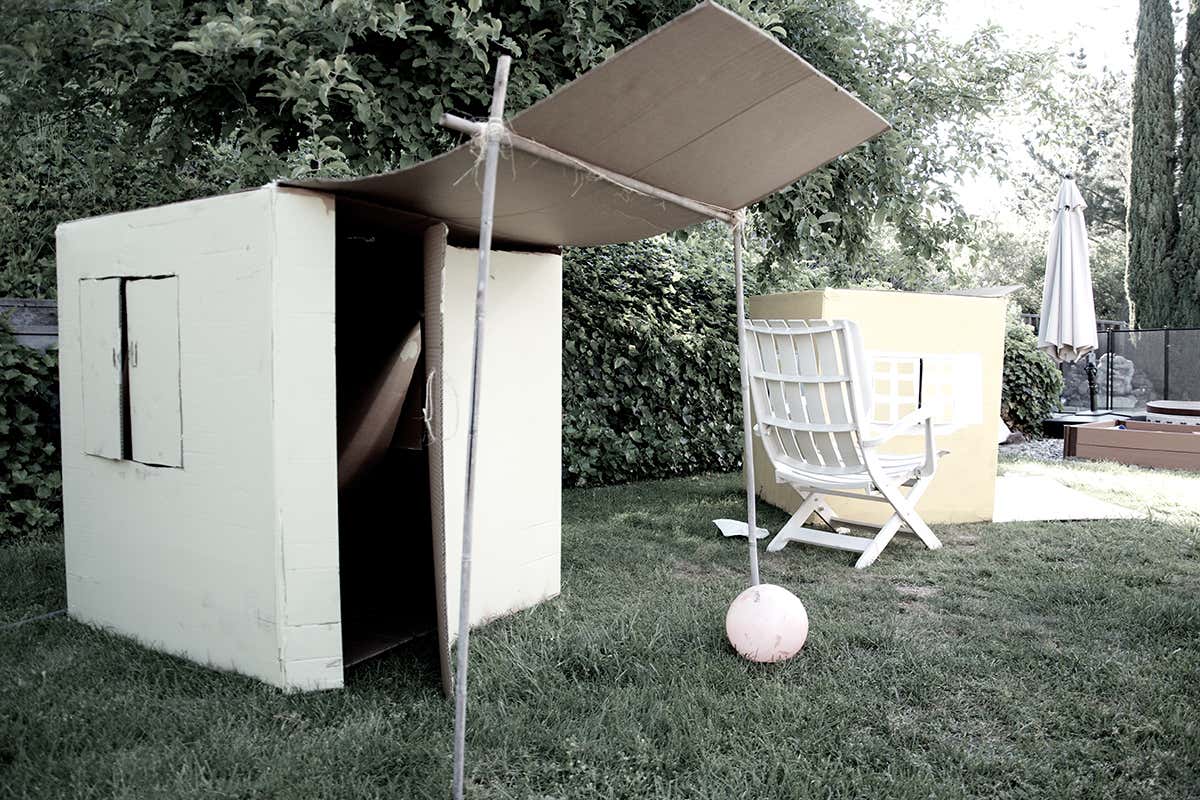 People in lockdown are no longer trying to use technology to get their old lives back and that’s a good thing, says […]