The Indian cabinet has approved a new population register despite weeks of protests over a citizenship law that critics say is anti-Muslim.

Authorities say the National Population Register (NPR) will create a list of all the people living in the country and help in formulation of policies.

However, critics say it will be a list from which “doubtful citizens” will be asked to prove they are Indian.

More than 20 people have died in protests over the citizenship law.

What is the NPR?

Authorities say the aim of the NPR is to create a comprehensive identity database of every “usual resident” of the country and it’s linked to the census.

After Tuesday’s cabinet meeting, minister Prakash Javadekar said the government had allocated 39.4bn rupees ($553m; £427m) for the NPR and that it would be created between April and September 2020.

Mr Javadekar said the first national list was created in 2010 and was updated in 2015, and that the new register would be just a further update.

But critics say the NPR is the first step to the creation of the controversial National Register of Citizens (NRC) that is being championed by the governing Bharatiya Janata Party.

The NRC has already been implemented in the north-eastern state of Assam, where people had to prove that they came to the state by 24 March 1971, a day before neighbouring Bangladesh became an independent country. The exercise left nearly two million people people off the register.

The authorities have not yet clarified what documents would be needed for the NRC in the rest of India.

What is the controversial citizenship law?

The law offers amnesty to non-Muslim illegal immigrants from Pakistan, Bangladesh and Afghanistan and the government says it has been brought in to protect religious minorities fleeing persecution.

Prime Minister Narendra Modi has defended the legislation and insisted that India’s Muslims “don’t need to worry” about the law.

Protesters have continued to take to the streets in spite of police bans and internet shutdowns across the country.

How large have the protests been?

On Tuesday, thousands held another protest march in the capital, Delhi, even though police imposed a law preventing people from gathering.

The opposition Congress party leaders, Rahul Gandhi and Priyanka Gandhi, were turned back from reaching the northern state of Uttar Pradesh, where 16 people have died in protests in the past few days. They were on their way to meet a victim’s family.

Over the past two weeks, hundreds of thousands have swarmed the streets in the southern cities of Bangalore and Chennai (formerly Madras). At the weekend, nearly 300,000 people held a protest march in the northern city of Jaipur.

In some places, the protests have turned violent, especially in Delhi and in Uttar Pradesh, where clashes with police have left hundreds injured and many detained.

In the eastern city of Kolkata, tens of thousands of people joined a demonstration led by Chief Minister Mamata Banerjee last week.

In the past few days, there have also been some demonstrations in support of the citizenship law.

The protests in Assam – the first in the country after the bill was passed – have little to do with concerns about the exclusionary nature of the law and the threat to secularism.

They have more to do with indigenous fears about being demographically and culturally swamped by “outsiders”. 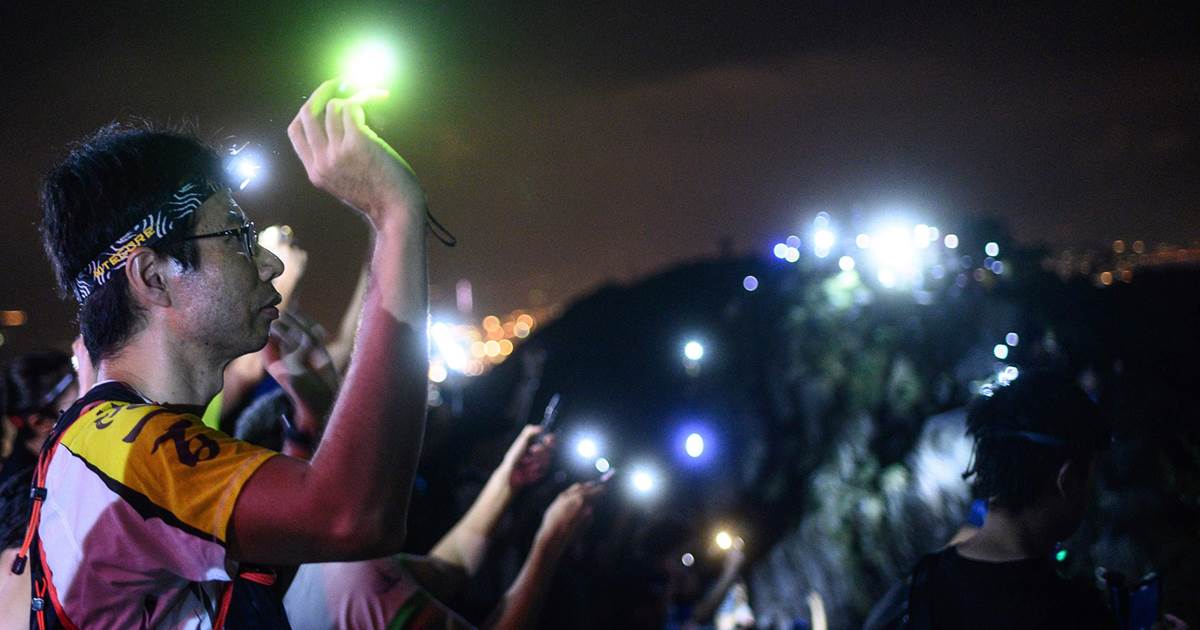 Hundreds of protesters formed torch-lit human chains in the mountains of Hong Kong on Friday, the latest in what have now been […]

WASHINGTON (Reuters) – The U.S. Senate on Wednesday approved funds for several federal agencies, including the Department of Homeland Security, to keep […]

Leap of faith: Speeding car flies more than 100 FEET through the air and smashes into a chapel after hitting a roundabout […]