The three people were found unresponsive in a swimming pool at Club La Costa World on Christmas Eve, a statement from holiday operator CLC World Resorts and Hotels said. It added that management were assisting the authorities “fully” with an investigation into the deaths at the resort, which is near the town of Fuengirola. The statement said: “Management at Club La Costa World resort would like to offer its heartfelt condolences to the family affected by the loss of three family members on 24 December 2019.

“The guests were found unresponsive in one of the resort’s pools. First response teams and emergency services attended and administered first aid.

The tragedy unfolded after a nine-year-old girl got into difficulties at the swimming pool of the Club La Costa World resort near Fuengirola this afternoon.

Police divers were scrambled to the resort pool at around 1.30pm after her father, 52, and older brother, believed to be 16, jumped in after her and also got into difficulty.

All three were found unresponsive in the water.

Sources described the girl and her father as British but said the older boy was travelling on an American passport.

Tanya Aamer, 23, a holidaymaker from Birmingham who is staying at the resort, told the Daily Mail she saw “bodies covered in white sheets” by the side of the pool.

She added that she could hear “a woman crying aloud”.

Ms Aamer said the atmosphere in the aftermath of the tragedy as “indescribable”.

She added: “Obviously we’ve never been in that situation before so we kind just began walking slowly in a slight state of confusion as to what we’re witnessing and eventually when we got to the bottom it was just silent, no talking or anything.”

One insider close to the ongoing probe said: “The girl’s brother and then the father jumped into the water when they saw she was in difficulties.

“All three have died.

“An investigation is ongoing so it is too early to say what has happened.

“Specialist Civil Guard divers were mobilised after the gravity of what had occurred became apparent and one of the things they have looked at is the pool pump.”

The bodies of the three people have already been transferred to the Institute of Forensic Medicine in Malaga.

Investigators were said to be inspecting the pool in the aftermath of the tragedy. 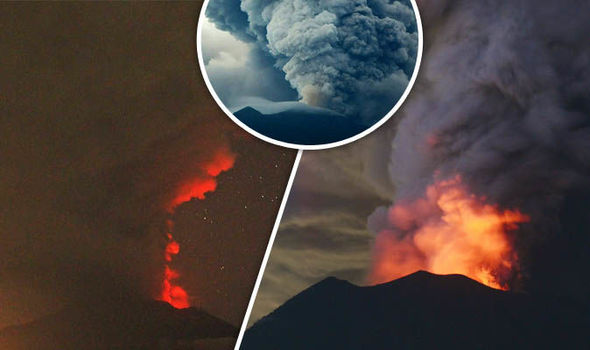 Explosions from the mountain have been heard more than seven miles away and red-hot lava is welling up in the crater, sometimes […]

A U.S. Marines helicopter takes off from the flight deck of the USS Boxer during its transit through Strait of Hormuz. (Photo: […] Italians go to the polls on March 4 and Mr Salvini, who has formed a right-wing coalition with flamboyant former PM Silvio […] 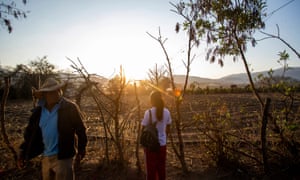 The night after their immigration court hearing, Francisco Sical held his young daughter in his arms in a freezing Border Patrol cell. […]