If you waited, it paid off. Some of the lowest prices of the year have returned to Xbox One X and Xbox One S bundles at Walmart and Amazon. A handful of Xbox One S bundles are now selling for $199 including Gears 5 and Battlefield V. (Most of the Xbox One X bundles are still priced at $350.) And if you already own the console, you can now pick up Jedi: Fallen Order at Amazon for $40 — that’s the lowest we’ve seen to date and a good $5 to $10 less than the price you’ll pay anywhere else.

Amazon and Walmart are both offering the disc-based version of the console and this season’s prevalent All Digital Edition bundle, which includes download codes for Sea of Thieves, Minecraft and Fortnite Battle Royale (with some digital currency). And Amazon has a good deal on the Xbox One S and two wireless controllers for $246.

There are some big discounts on accessories, too. If you’re looking for an extra controller, Target is offering a nice $17 discount on the wireless version (or get it for free when you buy an Xbox One X console).

Note that while you can order all of these items now, the clock is ticking, so even if you pay extra for shipping, many of these items won’t be arriving until after Christmas.

Finally, a reminder: Yes, a totally new Xbox — unveiled last week as the Xbox Series X — is coming late next year. It should play any existing Xbox One game, but if you’d prefer a more direct upgrade path, check out the Xbox All Access program. It’s basically the iPhone Upgrade Program, but for the Xbox: Pay a monthly fee for the current Xbox One, then swap it in for the successor once it arrives.

We’ve collected all the best Xbox deals below.

This bundle includes the 1TB Xbox One X console and controller, Star Wars Jedi: Fallen Order, your choice of FIFA 20 or Madden NFL 20 and an additional wired controller — all for the same $349 price that would’ve only gotten you the Star Wars game during Black Friday week. (Note: While you can order it today, Walmart is saying that it won’t ship until after Christmas.)

Is the Xbox One X worth it?

Amazon’s deal includes the Xbox One S console and two wireless controllers plus a free month of Xbox Game Pass and a 14-day Xbox Live Gold trial. (Note: Even with Prime, this item probably won’t arrive until after Christmas, though you can order it now.)

This package includes the Xbox One S 1TB Console, a wireless Controller and downloads of Gears 5, Gears of War: Ultimate Edition and Gears of War 2, 3, and 4. Amazon also throws in a 1-month Xbox Game Pass trial and one month of Xbox Live Gold. (Note: This is expected to ship after Christmas.)

Antonline (via Walmart) is bundling the Xbox One S with the deluxe edition of Star Wars Jedi: Fallen Order for $199 — the Black Friday low. If you’re a Star Wars fan, this is the bundle to get — Fallen Order got enthusiastic reviews, and the deluxe edition adds bonus skins for the BD-1 and Stinger Mantis as well as a digital art book and 90 minutes of behind the scenes footage from the making of the game. Oh, and the bundle also includes a free month of Xbox Live Gold. (Note: You can order it now, but it’s expected to ship after Christmas.)

Read our Xbox One S review.

Walmart’s bundle is the best price we’ve found for the entry-level Xbox. It includes the Xbox One S 1TB All-Digital Edition console, a wireless controller and downloads of Minecraft, Sea of Thieves and Fortnite Battle Royale, with $20 worth of in-game currency and an outfit. Plus, you get one free month of Xbox Live Gold. Just remember that this is the discless version of the console — it won’t play Blu-rays, DVDs or game discs. You’ll need to download or stream everything. (Note: This is expected to ship after Christmas.)

The Rise of Skywalker hits theaters this week, and The Mandalorian is all the rage. But if you can’t get enough Star Wars, Jedi: Fallen Order is just the fix you’re looking for. This top-notch single-player game — think “Tomb Raider in the Star Wars universe” — takes place between Revenge of the Sith and A New Hope, and features plenty of lightsabers, AT-ATs, stormtroopers, droids and everything in between. (Note: This is expected to ship after Christmas.)

Ramp up the action of all your favorite driving games with Logitech’s G920 steering wheel specifically designed for the Xbox One. Solid steel ball bearings, stainless steel paddle shifters and helical gearing — now selling for 50% off at Best Buy. FILE PHOTO: Attendants are silhouetted in front of Xiaomi’s logo at a venue for the launch ceremony of Xiaomi’s new smart phone […] 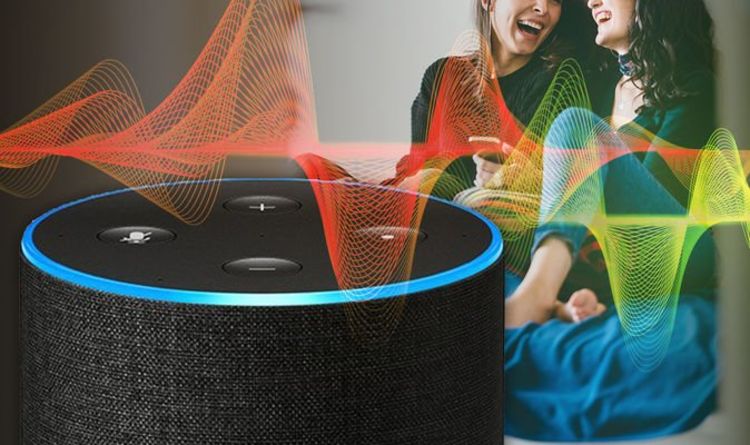 Smart assistants such Apple’s Siri and Amazon’s Alexa are now integrated into many of our lives. However, a common concern with Alexa […]

Three winners will each take home a Thinkware F800 Pro. Thinkware Get ready for a killer upgrade to your driving experience with […]