PARIS —
It took a blaze that nearly destroyed Paris’ most famous cathedral to reveal a gap in global safety regulations for lead, a toxic building material found across many historic cities.

After the Notre Dame fire in April spewed dozens of tons of toxic lead-dust into the atmosphere in just a few hours, Paris authorities discovered a problem with the city’s public safety regulations: There was no threshold for them to gauge how dangerous the potentially-deadly pollution was from the dust that settled on the ground.

Since then, The Associated Press has found this regulatory gap extends far beyond France. Officials in other historic European capitals such as Rome and London, as well as the U.S. Environmental Protection Agency and the World Health Organization also have no such outdoor lead dust hazard guidelines.

The reason, they say, is that although there are lead regulations, no one contemplated a conflagration on a lead-laden building the scale of Notre Dame — whose spire towered nearly 100 meters (330 feet) high.

Poisoning from lead dust can cause permanent loss to cognitive ability, seizures, coma, or death — and exposure is of greatest risk to pregnant mothers and to young children, who can easily transfer toxic dust into their mouths.

After 250 tons of lead on Notre Dame’s spire and roof was engulfed in flames in central Paris on April 15 and authorities alerted Parisians to an environmental health risk, they were forced to cobble together disparate and incomplete research to set a makeshift safety level in an attempt reassure the public.

“When the Notre Dame fire happened, we didn’t have any threshold for what represented dangerous lead levels outdoors,” Anne Souyris, the Paris City Hall deputy mayor in charge of public health, told the AP. “It was a wake-up call … the amount of lead that was burned in Notre Dame was unprecedented.”

Officials were surprised to discover that while safety guidelines exist in France for lead levels inside buildings and schools, as well as in paint, soil and air pollution, there were zero hazard guidelines for lead accumulations in public spaces, such as dust on the ground.

The inherent danger and the regulatory gap for lead dust became impossible to ignore for French officials as it collected as a toxic film on the cobblestones of Paris’ Ile-de-la-Cite following the fire.

“The authorities basically tried to create safety guidelines after the fire by piecing together a mixture of old fragments of data and reports,” Souyris said. “But there was really nothing official … we simply didn’t realize that lead outside might be a problem.”

On July 18 — three months after the inferno — Paris’ Regional Health Agency (ARS) said it designated 5,000 micrograms per square meter (4,180 mg per square yard) as a concerning level for lead dust in public spaces. It also acknowledged there was an “absence of regulatory thresholds … regarding the presence of lead in dust deposited on roads.”

AP learned from health officials that this figure was compiled by using incomplete data, including a French Culture Ministry report assessing lead levels in Paris monuments.

Some media outlets reported that registered levels of lead contamination in locations surrounding the fire-damaged cathedral ranged between 500 and 800 times the official safe levels.

But health officials told the AP that Paris still does not have any official regulatory threshold.

The World Health Organization told AP it also has no outdoor safety guidelines for lead dust and has no “immediate” intention to create any.

New legislation for hazard safety in Britain following the 2017 Grenfell Tower fire also did not cover lead-dust hazards. The U.K. Environment Ministry told AP it doesn’t “have a specific threshold for unsafe lead dust levels in the U.K. in public places.” It said the hazard focus after Grenfell, an apartment building constructed in the 1970s, “was more on asbestos than lead due to the age of the building.”

In the U.S., where many buildings were constructed after lead hazards were widely recognized, the Environmental Protection Agency has no lead dust hazard standards for outdoor public spaces.

Lead is ubiquitous in Paris’ 19th-century architecture — in roofs, gilded balconies, floors and terraces — and not just in its most famous cathedral. In 1853, Napoleon III chose Baron Haussmann to carry out a near-total renovation of Parisian boulevards and parks in an era that used lead prolifically — designs that still dominate the city.

French officials say there are so few guidelines on lead dust levels because it was not a problem they had to confront until the unprecedented Notre Dame fire.

It took four months for the city to complete a deep-clean operation of the sidewalks even as tourists, residents and merchants walked streets around the cathedral daily.

Paris City Hall issued a new action plan this fall to address lead — including cleaning and testing in places that host children, increased monitoring of children with high levels of lead in their blood and an independent epidemiological study of lead health impacts in a city that has used the toxic element since the Middle Ages.

“Preservation does make Paris unusual,” said Neil M. Donahue, a chemistry professor at Carnegie Mellon University in Pittsburg. “Incineration of one of the most famous roofs in the world may be especially dramatic, but there is no alchemy in this world. Lead will remain lead forever.”

The fire in Paris’ spiritual heart increased awareness among authorities and the public to the dangers of lead.

In June, Paris’ Regional Health Agency advised that all pregnant women and children under 7 years old living near the site take a test for lead levels.

The agency said 12 children in the surrounding areas tested positive for elevated lead levels in their blood since the fire. None have been hospitalized or prescribed medication, but officials said it was impossible to predict the long-term health consequences of the fire.

One child’s lead exposure came from a source other than the cathedral: the lead balcony of his family’s apartment. But it illustrates how the fire awakened Parisians to the dangers of lead. It’s unlikely the child would have been tested at all without the catastrophe.

Despite the lead fallout from the fire, experts say tourists should not alter travel plans to one of the most visited cities in the world.

But toxic lead dust remains a problem inside the burned-out cathedral, after tons of molten and airborne lead contaminated its interior. The inside clean-up is a delicate and painstaking process, complicated by French President Emmanuel Macron’s five-year timeline for the restoration to be completed — a deadline many experts say is unrealistic.

Aline Magnien, director of the Historic Monuments Research Laboratory, recently dispatched her team of scientists to figure out how to remove the toxic lead from inside the 855-year-old UNESCO world heritage site without damaging it.

“It’s a race against the clock,” she said. “The lead is a real problem. The cathedral is exceptionally precious. And we don’t have the luxury of time.”

(Reuters Health) – Most teens eat far less fiber than recommended, and this nutritional deficit may lead to a higher risk of […] 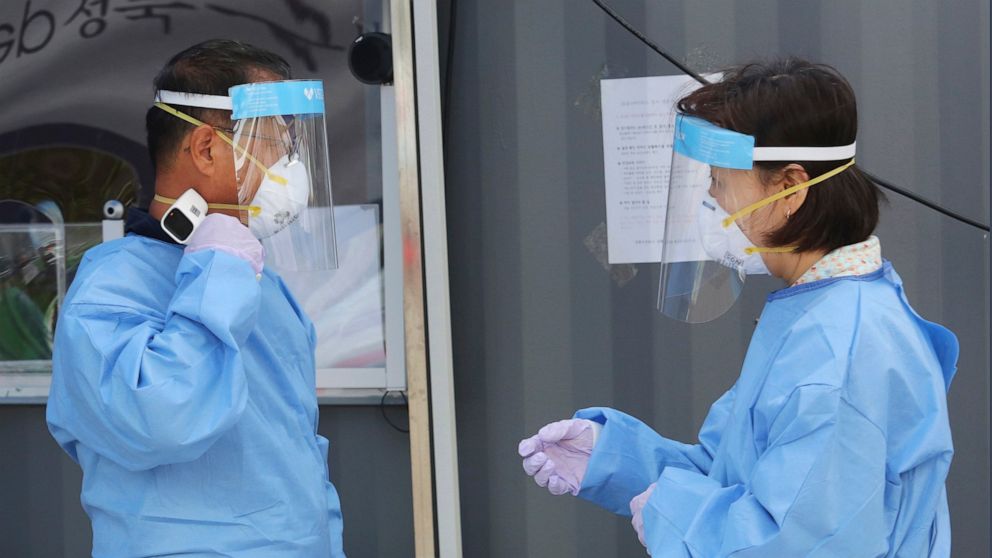 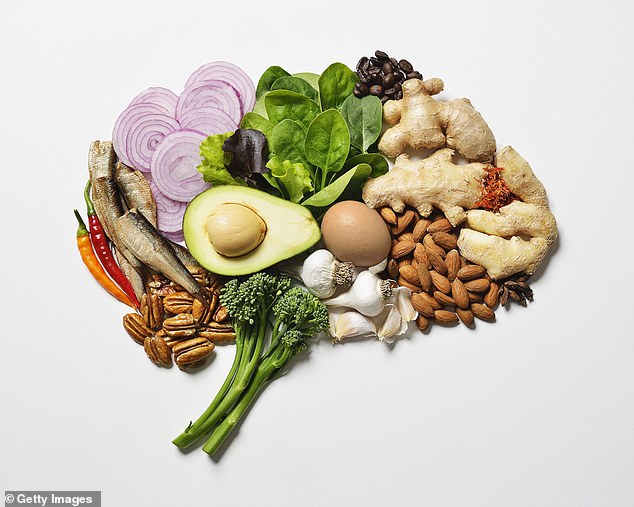 As a nutritionist, perhaps I’m more acutely aware than most of the often overblown claims made for ‘brain boosting’ foods and supplements. […] 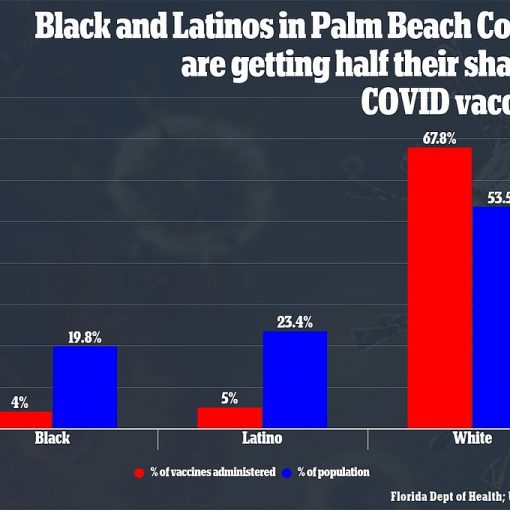 Coronavirus vaccines meant for rural Hispanic and black communities in Palm Beach County are instead being allocated for wealthy, white Floridians. According […]