Christmas will never be the same for Jeannie Iiams, whose sister vanished on December 25, 1996, from her La Vernia, Texas home.

Patty Vaughan has not been seen or heard from in 23 years, but her family has not given up hope that her body will be found and they can finally be at peace.

“We need to find Patty so we can lay her to rest,” Patty’s younger sister, Jeannie Iiams, told Dateline. “Our mother is not well. She’s 76 and has cancer. All I want is for her to have peace.”

Bexar County Sheriff’s Office Detective Ruben Arevalos told Dateline that Patty is presumed dead, but that her case is still very much alive and active.

“At this point, we’re assuming she’s deceased,” Arevalos said. “But her case is not cold. It’s not over until we have closure for the family.”

Two months before Patty disappeared, the 32-year-old and her husband of 13 years, Jerry Ray “J.R.” Vaughan, decided to separate. The couple lived in La Vernia, Texas with their three children, who were 9, 7, and 6, at the time. J.R. moved into an apartment in San Antonio while Patty stayed at the house with the children. After years of being a homemaker, she returned to the workforce as a secretary at Quinney Electric.

“She was the kind of mother who did everything for her children,” Jeannie said. “She made them clothes, she made curtains for the house, she did everything. Even for me. She was like a second mom to me.”

Jeannie, who was only 18 when her sister vanished, described them as having a mother/daughter type of bond and she even lived with Patty and J.R. for a few years in high school.

“We were close. Very close,” Jeannie told Dateline. “I can’t believe it’s been two decades since she’s been gone.”

Jeannie described Patty as a “good, Christian woman” who read her Bible every day and even started a band at her church.

“She was so talented. She could play any instrument. Oh, and she could sing,” Jeannie said. “Really, she was just amazing and the most kind-hearted person you’d ever meet.”

Jeannie said she was the last person to speak with Patty, when she called her on Christmas morning.

“We spoke on the phone earlier that morning,” Jeannie said. “She sounded like she had been crying. She told me she and J.R. had gotten into an argument. And he made her cry. But that wasn’t anything unusual. He made her cry every holiday.”

Jeannie said Patty had agreed to let J.R. spend Christmas at the house with the children before they went to Patty’s cousin’s house later in the evening. But Patty would never make it to her cousin’s house that night.

Family members attempted to visit during the day, but were told by J.R. that Patty wasn’t feeling well and that she would not come out of her room.

Jeannie said that this was not like her sister.

“She would have gone to her room, fixed her makeup and come back out and been a good hostess,” Jeannie said. “That was who she was.”

While Patty was in her room, J.R. sent the three children with his sister for the evening.

J.R. reportedly told authorities that they got into another heated argument and Patty drove off in her van around 6:30 p.m.

The next day, around 1:30 p.m. Patty’s boss spotted her 1991 blue Dodge Caravan on the side of the road on Texas State Highway Loop 1604, approximately 15 miles from Patty’s house and five miles from her workplace. Patty’s boss told authorities they had passed by that location earlier that morning, but claimed the van was not parked there at that time.

The same day Patty’s van was found, J.R. filed for divorce from Patty and moved back into the house with the children, Jeannie told Dateline.

Patty’s family members have long suspected J.R. of being responsible for her disappearance, but there have been no arrests in her case.

Detective Arevalos confirmed to Dateline that J.R. has always been considered a suspect in Patty’s case, but there has not been enough evidence to charge him.

Jeannie said her sister and J.R.’s relationship had always been a tumultuous one, but she believes he was triggered when she started dating another man during their separation.

Patty had been dating a man named Gary only a short time when she vanished, Jeannie said.

Detective Arevalos said Gary cooperated with authorities and was never considered a suspect in Patty’s disappearance.

“We didn’t really know him. We really only got to know him while we were searching for Patty,” Jeannie said. “He was out there searching with the rest of us. Except J.R. He never came out to help look for his own wife.”

J.R., was a building contractor at the time and had been working on the construction of two elementary schools at the time of Patty’s disappearance. Detective

Arevalos told Dateline multiple searches of the schools turned up no evidence to indicate Patty was buried at either location, as had been speculated.

Detective Arevalos told Dateline that J.R. subsequently moved out of state with the children and changed his name.

The children, who are now grown, do not have contact with Patty’s side of the family, Jeannie said.

“It’s just devastating. To lose my sister. And to lose those children. They were like my siblings,” Jeannie said. “We just want this nightmare to be over. And even more than justice, we just want to be able to lay her to rest. We want to be at peace.”

The former prime minister Theresa May has joined a growing rebellion of Tory MPs over cuts to the government’s overseas aid programme. […] 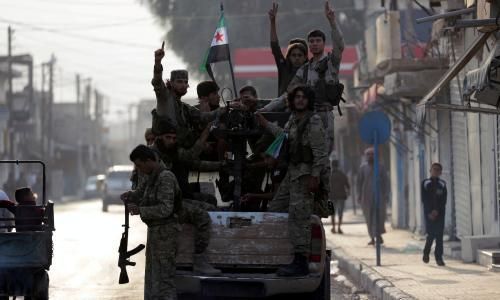 Photograph: Khalil Ashawi/Reuters The deal agreed between the US and Turkey immediately achieved the priority objective of vice-president Mike Pence’s peace mission […] 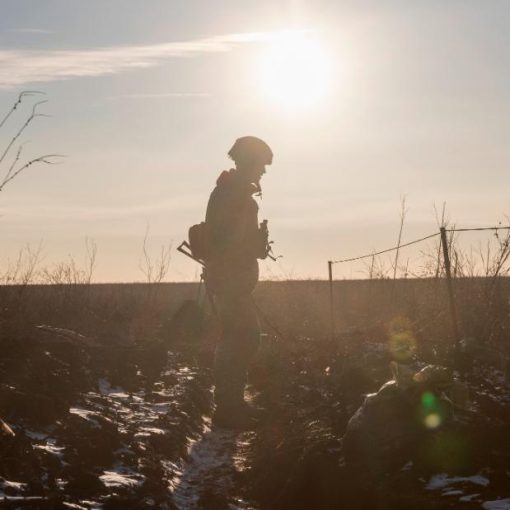 So far, this winter has been unseasonably mild in much of Ukraine. As CNN drove from the eastern port city of Mariupol […]