At this time of year, John Castillo would have some interesting electronics wrapped and under the tree for his son Kendrick.

Kendrick is no longer here to open the gifts. The high school senior, who was 18, was killed May 7 when he rushed one of the two shooters at STEM High School Highlands Ranch in suburban Denver.

So instead, Castillo is helping to give the best of Kendrick to others, speaking publicly about his son’s passion for robotics and his dream to see more young people exposed to it.

“I just got back from Philadelphia where I spoke to some people in a basilica and I expressed how I feel the gifts of tech and the latest and greatest phones are nice, but they become dated very quickly,” Castillo, an engineer, told NBC News in a phone interview. “One of the most important things in our lives is relationships.”

Kendrick, along with Joshua Jones and Brendan Bialy, rushed one of the shooters when they entered the classroom, making it possible for their friends and classmates to survive. Kendrick was the only person killed; eight others were injured.

Castillo had advised his son long before the shooting that if confronted by a gunman, “don’t be a hero,” he told reporters in May. But Kendrick rejected the advice, saying he’d been raised a good person.

Experts say as school shootings have become a reality for children, they are under greater pressure to make fight-or-flight decisions that require thinking skills beyond their years.

Along with a second teen, the shooter faces 43 charges, including first degree murder, and will be tried as an adult.

Castillo said the family is “nervous” as the first Christmas holiday since Kendrick’s death approaches, but he said, “Our very worst day was May 7, the day they told us that he was shot in the chest and didn’t survive.”

As a devout Catholic family, the holiday always has been a time to reflect on the real meaning of Christmas, Castillo said.

“You’d think the holidays are tougher. They are tough, but nothing like that May 7,” he said.

The family is surrounded by the love of the robotics community and friends and family, he said. It’s a support network that Kendrick left behind, thanks to his passion for robotics and paying it forward.

That bond is evident in a just-published video shared with NBC News that was produced in his honor by FIRST Robotics, which organizes and oversees robotics competitions among teams like the one Kendrick was part of, TEAM 4418 Impulse. First Robotics also gets funding for teams through corporate sponsors, providing tools and coaches and giving tens of millions of dollars in scholarships.

The video honoring Kendrick will be shown at the kickoff of the FIRST Robotics official season that starts Jan. 4. At the kickoff ceremony, teams get the season’s “challenge” and the specifications of the robot they’ll have to build.

The teams work in homes, garages, sometimes on school campuses after school. Their mentors are all volunteers, as Castillo was for his son’s team. He’s taken a break since Kendrick’s death.

Competitions range from younger competitors building robots with Legos to the more technical robots of the sort Kendrick helped build and engineer.

The video, created by FIRST Robotics, features some of Kendrick’s teammates, Castillo, mentors and coaches.

The numerous cards, letters and sentiments sent to Kendrick’s parents are shown in the video, along with footage of the many robots from various teams that lined up in a “celebration of life” held at Kendrick’s school to pay tribute to him last spring.

“Seeing mentors from teams we work with and mentors and kids from teams we didn’t know, it really drove home what family first is,” Jack Grayber a FIRST coach, says in the video.

Although those in the video discuss losing Kendrick, they also share the impact of his personality, his camaraderie for his teammates and his desire to pass on what he learned from the robotics team.

Passing on the passion

Since Kendrick’s death, his robotics team’s membership has grown from 25 to more than 50. There’s also been more interest from parents and community members to volunteer to mentor, Jeff Lamb, a mentor with STEM 4418 Impulse, said.

“One of the things we are trying to do is to help start other teams,” Lamb said.

“Kendrick was one of these guys who loved technology. He was a car guy, a computer guy, a hands-on building guy,” Lamb said. “If I had a new person walk in to see the program, I’d have them go see Kendrick — because 9 times out of 10, if I put them with Kendrick, they’d be on the team next week.”

Kendrick had attended Catholic school from pre-Kindergarten to 8th grade.

The boy, who shared his March 14 birthday with Albert Einstein and on whose birthday mathematics is celebrated as Pi Day, was an avid participant in school science fairs.

He tried to invent ways to make life better for people, Castillo said. One project involved using magnets to create a braking system for metal rigs so they would not lose brakes coming down a mountain pass. In another, he tried to create a way to use wastewater to charge batteries.

When he was close to graduation, Kendrick told his father he wanted to bring robotics to those less fortunate than him. While he was in Catholic school, teachers would take their classes to underserved communities to tutor children and to get a lesson in giving back. It resonated with Kendrick.

“He would say, ‘Dad, robotics is great. I can’t believe it’s not available to everyone everywhere. It would be great if we could not just help the team, but help someone else get started.’ … That’s what I want to carry on to honor him, to help the underserved,” Castillo said.

He dreamed of NASA — who’ll now honor him

Kendrick’s goal was to work in aerospace for NASA. During one of the court hearings regarding the shootings, a first responder to the shooting saw Castillo carrying Kendrick’s favorite NASA hoodie into the courtroom, Grey Hautaluoma, a spokesman for NASA’s Science directorate, said. The first responder contacted NASA asking if it could do anything to honor Kendrick.

NASA sent its condolences to Kendrick’s parents and made it possible for Kendrick’s name to be etched on a chip that will travel on the Mars Rover when it launches in July, Hautaluoma said. NASA had been hosting a program for members of the public to send names with the Rover. (Names can no longer be submitted for the 2020 mission but still are being taken for others.) The next Rover is scheduled to touch down on Mars in February 2021.

Students also submitted Kendrick’s name in a naming contest for the Rover. NASA is now judging the entries and the winning name will be announced in February.

The honors and outcomes have helped Castillo and his wife through the sorrow and agony of losing their son and now sitting through court proceedings for the two charged in the shooting.

Castillo said he’s proud of his son, even of his bravery and the gift he gave the community: sacrificing his life to save the lives of others at the school.

In the video, Castillo says he and Kendrick were more friends than father and son.

“Being in the same space with him, that was a gift,” Castillo says, “a gift that I wasn’t aware of until I didn’t have Kendrick.” 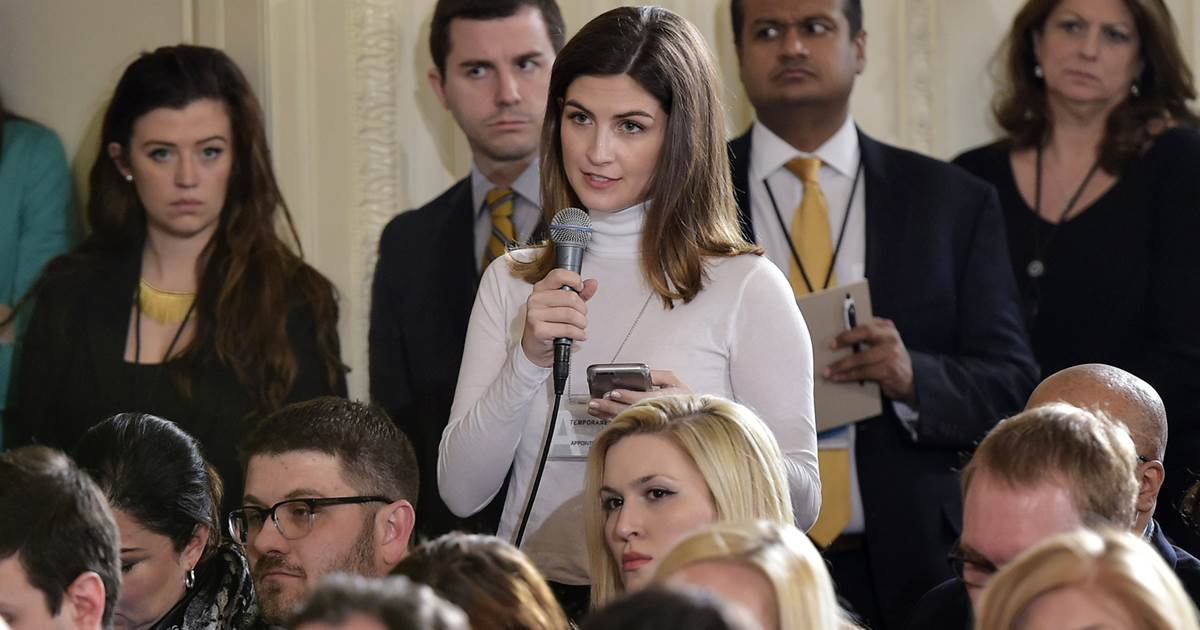 Get breaking news alerts and special reports. The news and stories that matter, delivered weekday mornings. SUBSCRIBE The White House banned a […] 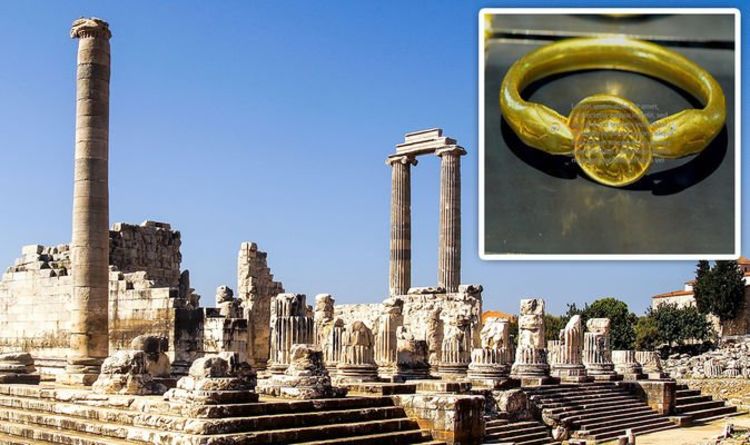 Mount Vesuvius, a stratovolcano in modern-day Italy, erupted in 79 AD in one of the deadliest volcanic eruptions ever sprawling a cloud of superheated tephra and gases to a height of 21 miles. This […]

The BlackRock logo is pictured outside their headquarters in the Manhattan borough of New York City, New York, U.S., May 25, 2021. […] 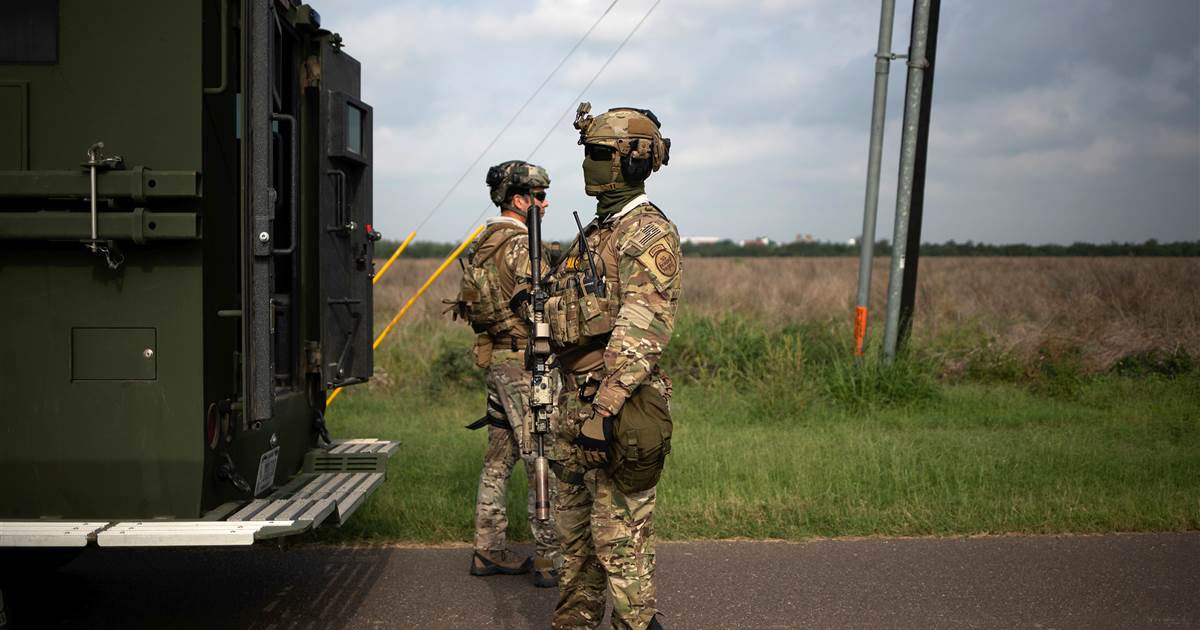