Mikel Arteta said an emotional goodbye to Manchester City colleagues on Thursday morning before departing for north London to finalise his appointment as new Arsenal manager. The Spaniard has worked as an assistant coach at City for three-and-a-half years with Pep Guardiola giving him his first job straight out of retirement in the summer of 2016.

During his time at the Citizens he has overseen two Premier League title wins as one of Guardiola’s most trusted allies, which has been enough for Arsenal to roll the dice.

According to The Athletic, Arteta gave a touching speech to backroom team and players before training on Thursday, informing them of his decision to leave for Arsenal.

City’s success over the last few years has created a strong bond between players and staff, making for an emotional goodbye.

After delivering the expected news, the 37-year-old immediately departed for north London to finalise terms of his Gunners contract.

The 13-time champions of England are expected to make an official announcement regarding the appointment on Friday.

Director Josh Kroenke explained soon after the dismissal that the club were willing to wait to find the perfect replacement as they devised a three-step interview process.

Massimiliano Allegri initially emerged as the front-runner but was quick to rule himself out of contention, with Arteta then leading the race.

There were reservations about Arteta’s lack of head coach experience among Arsenal chiefs but fans’ angst at the team convinced the hierarchy into embarking on a new path.

Arteta was given the impression he would succeed Arsene Wenger in May 2018 after discussions with former CEO Ivan Gazidis but the Gunners baulked at the last minute, opting for what seemed a safer option in Emery.

The San Sebastian-born tactician was ostensibly gutted he did not land the job but could not resist renewed interest from Arsenal in the last few weeks.

Head of football Raul Sanllehi was first to approach Arteta about the vacancy before more meetings ensued.

An untimely clash between Arsenal and City at the Emirates was clouded by reports circling Arteta and it was the evening following that 3-0 win for City that Arsenal officials were pictured coming out of his Manchester mansion.

Managing director Vinai Venkatesham and director of football operations Huss Fahmy were snapped getting into a taxi from Arteta’s residence, from which point it was only a matter of time before the job was offered.

Guardiola has had to field questions over his closest aide in the last couple of weeks and sat next to him for the last time on Oxford United’s bench on Wednesday night.

Arteta interacted with City’s stars as usual as they won 3-1 to progress into the Carabao Cup semi-finals and Guardiola spoke in a resigned manager about his friend’s fate after the game.

“I don’t have any news,” the Catalan said. “We prepared the game as best as possible. Before, during and now after and we did it.

“I spoke yesterday, my press conference I had 48 questions and 35 were about Mikel so I don’t have to say anything more until there is news. When there is news, in my next [press] conference when you ask me something I will answer.”

Arteta had been viewed as a potential successor to Guardiola, whose City contract expires in June 2021, with the club keen to make internal appointments.

And although he is not the frontrunner for the role, his decision to leave for Arsenal is not expected to sway his chances in the future. 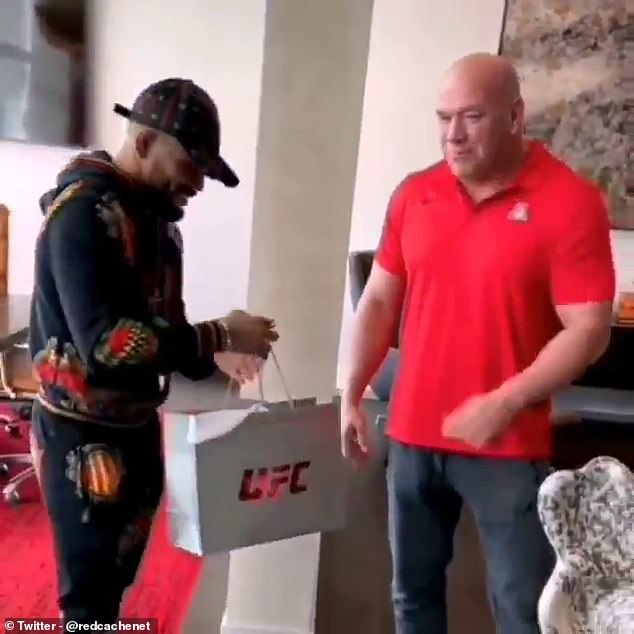 Deiveson Figueiredo handed $50,000 in CASH by Dana White after UFC president admits he ‘f***** up’ in snubbing flyweight champion for a […]

Dale Earnhardt Jr’s monopoly on Nascar’s most popular driver award has endured for 14 years, about as long as he has competed […]