A close game between the Orlando Magic and Los Angeles Lakers nearly descended into chaos midway through the fourth quarter when a scuffle broke out on the floor.

Jonathan Isaac had been called for a personal foul on Dwight Howard with the two big men fighting for a rebound with the Lakers star getting tangled up among a number of Orlando players.

Howard appeared to elbow his way through the crowd, which resulted in some angry responses from the Magic players.

Michael Carter-Williams could be seen lightly pushing Howard away but then Wes Iwundu came crashing through to shove the Lakers centre away.

That immediately prompted a response from Jared Dudley who came bulldozing into the crowd of Orlando players, aiming strong words at Iwundu.

LeBron James could also be seen entering the scuffle, attempting to break up the tussle.

Players eventually went to their respective benches as the officials reviewed the footage and they deliberated for a good length of time before surprisingly choosing to eject both Dudley and Iwundu.

Iwundu was clearly surprised at hearing he had been ejected, sarcastically laughing as he exited the floor and encouraging the fans to escalate the noise from the home fans.

Dudley in particular had been in good form for the Lakers coming off the bench hitting three three-pointers from four attempts.

Iwundu meanwhile had been doing his work on the glass, grabbing three rebounds as well as picking up two steals.

Dudley’s ejection didn’t seem to affect the in-form Lakers as they went on to seal the win.

James recorded another triple-double having dropped a team-high 25 points, but the starting five were generally poor from deep.

Anthony Davis, Danny Green and James only connected twice from 16 attempts between them from three-point range.

Kentavious Caldwell-Pope was locked in though as he finished with 15 points, knocking down four three-pointers from seven attempts. 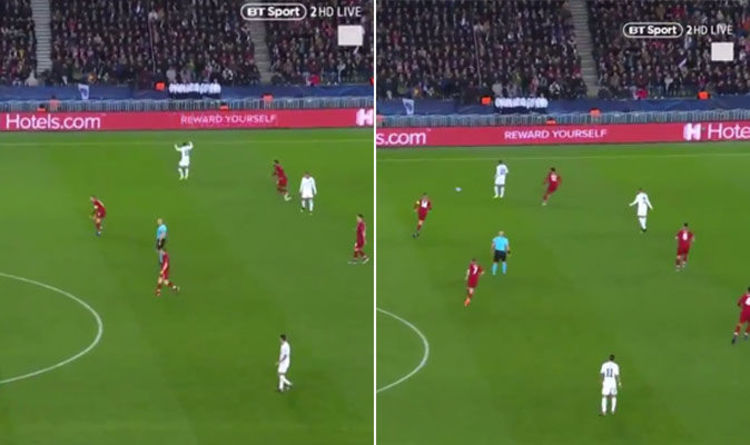 With PSG 2-1 up, TV cameras showed the French giants trying to keep possession before Presnel Kimpembe played a pass forward to […]

Manchester United have confirmed the signing of two-time World Cup winner Tobin Heath for the 2020/21 season. The 32-year-old winger has been […]

Cranking into long overdue activity once again after months of eerie silence, the Rumour Mill resumes business with intriguing speculation that Troy […]