Chelsea are in talks with Barcelona star Ousmane Dembele’s agent, and could make a move after having their FIFA transfer ban reduced.

Dembele is not a guaranteed starter at Barca, who boast a wealth of attacking options.

He cost them £135.5million when he joined from Borussia Dortmund in the summer of 2017.

And Chelsea might be able to offer him more starts at Stamford Bridge, with his off-pitch behaviour having also been called into question in Catalonia.

He replaces Quique Sanchez Flores, sacked for the second time by the Hornets last week, with the club having also dismissed Javi Gracia in September.

Pearson, who takes the job until the end of the season, will not take charge against Crystal Palace tomorrow with Hayden Mullins trusted as head coach.

Watford’s Chairman & CEO Scott Duxbury said: “Nigel is an impressive coach and comes with all of the experience and success we believe can have a very positive impact on our season.

“It’s been a pleasure spending time listening to the passion with which he talks about the game.

“His enthusiasm, organisation and motivation will I’m certain prove essential in driving the team forwards and upwards over the coming weeks and months.

“Tomorrow gives the perfect opportunity for Nigel to be officially introduced to our supporters as Hayden leads the team in the quest for a very important three points.”

Tottenham will not give Jose Mourinho major funds in January, per the Evening Standard.

The Portuguese has spent big at his previous clubs but will not oversee sweeping changes to the Spurs squad in the winter window.

It is claimed Mourinho accepted such a remit when he first took the job last month.

He has already publicly dismissed the chances of a January move for either Zlatan Ibrahimovic, apparently AC Milan-bound, and Bruno Fernandes.

One deal Spurs could do, however, is make Giovani Lo Celso’s loan move permanent.

Duncan Ferguson insists it is unrealistic for him to be aiming for the permanent Everton job.

Marco Silva was sacked yesterday with the Toffees having lost nine of their 15 Premier League games this term.

But on getting the role full time, he said: “I think the club will find a really top manager to come.

“It is a dream of mine to be the Everton manager, but let’s be realistic. That is all my remit is, to get a result tomorrow.

“This is a fantastic club. Who wouldn’t want to be Everton manager? I’m sure there will be many, many top managers up for this job.

“We have plenty of time in the league, plenty of games ahead of us. There are not many points to mid-table so if we can string a few results together I am sure we can start climbing the table.”

Frank Lampard will be allowed as much as £150million to strenghten his squad in the January transfer market.

That’s acccording to the Telegraph.

The Blues have been scouting extensively across Europe with one player close to home, Leicester’s Ben Chilwell, high up the list.

Nathan Ake is also a target as Chelsea consider bringing the Bournemouth defender back to Stamford Bridge.

It is claimed they have a buy-back clause of around £39m.

Jose Mourinho is adamant that the lifting of Chelsea’s transfer ban will do nothing to help their ambitions of finishing in the top four.

Nine points separate the two London clubs, with Chelsea now able to spend in January to enhance their chances of Champions League qualification.

The former Blues boss said: “I’m not worried with that. First, I’m not looking to the distance from Chelsea.

“Between us and Chelsea [there are] still two or three teams, so we cannot look so high and so far.

“Second – even with the transfer ban lifted, it is not easy to get better players than they have. They have very good players.

“Even with the ban gone and a hypothetical multi-million budget, I’m not sure they can get much better players than they have.”

Liverpool’s James Milner is not opposed to returning to Leeds at the end of the season when his Anfield contract runs out – but says he is not yet in talks with the Whites.

The 33-year-old midfielder started his storied career at Elland Road and made 54 appearances in two seasons for the club in the Premier League.

“I’m open to anything,” Milner told The Sportsman, adding he would be interested in “going abroad and experiencing a new league, a new style of football, new lifestyle, too”.

Quizzed specifically on a Leeds return, he added: “Well, yes, I am a Leeds lad and I want the team to do well, I’m a fan.

“I always follow the team and the results. So you can never say “no” or even “yes” because just so much changes in football, you never know what happens.

“At the moment I’m a Champions League winner with Liverpool and this year we’re really going for the Premier League, but I don’t know what the future will hold.

“It would be amazing to play for Leeds again but no-one from the club has ever contacted me about that.”

Chelsea have criticised FIFA after their two-window transfer ban was reduced to a single window today.

The Blues said in an official statement: “The approach taken by FIFA to this case has been deeply unsatisfactory, not least as FIFA chose to treat Chelsea entirely differently to Manchester City for reasons that make absolutely no sense to Chelsea.”

“FIFA accused Chelsea of having breached Article 19 of the FIFA regulations in relation to 27 players, covering the period from 2009 onwards. Of those, 16 players were registered by Chelsea in exactly the same way as other Premier League clubs registered players at the time.

“Furthermore, Chelsea sought clarification from the Premier League in 2009 about whether it needed to apply for permission to register players in this category.

“Accordingly, the fact that FIFA brought charges against Chelsea for this category of player was perverse. We are grateful that this appears to have been corrected by the CAS.”

The London club added: “Chelsea respects the importance of the work undertaken by FIFA in relation to the protection of minors and has fully cooperated with FIFA throughout its investigation.

“However, if FIFA continues to impose inconsistent and unequal sanctions on clubs then it will not only undermine the very purpose of the regulations, but it will also bring into doubt the game’s confidence in FIFA being able to appropriately regulate this important area.”

Manchester United chief Ed Woodward is willing to pay as much as £119million to sign Jadon Sancho in the January transfer window, say Goal.

United wanted to sign Sancho during the summer, with Ole Gunnar Solskjaer informing Woodward that the Dortmund star was his top transfer target.

Ultimately, the Red Devils never made a serious play to sign the England international after failing to secure Champions League qualification.

But Goal claim the Premier League giants are prepared to pay £119m to secure the signature of the Borussia Dortmund forward in the New Year.

That fee would make him the most expensive United signing of all time, surpassing £89m midfielder Paul Pogba.

Xherdan Shaqiri has no desire to leave Liverpool in January despite his bit-part role for the Reds over the last 12 months.

Rumours had swirled surrounding the Swiss international’s future at the club as a result of his sporadic minutes in 2019.

But Shaqiri – on the scoresheet in Wednesday’s 5-2 Merseyside derby win over Everton – told The Athletic: “I am very happy here.

“I think everyone can see that with how I played. I have a long contract (until June 2023) and I am focused only on Liverpool.

“It’s been a difficult time for me but I’m excited about the future.

“Why would I want to leave Liverpool? This is a special team and there’s a lot to achieve here.”

Chelsea manager Frank Lampard has designs on strengthening at left-back and in the final third, it has been claimed.

The Blues are now able to sign players in January after the Court of Arbitration for Sport reduced a FIFA embargo to one window.

Lampard is keen on Leicester City’s Ben Chilwell at left-back while Wilfried Zaha, Timo Werner and Jadon Sancho are among those in Chelsea’s sights further forward.

Zaha would be the easiest attainable, report The Athletic, with the Crystal Palace man likely to cost around £80m.

Borussia Dortmund’s Sancho would be more expensive than that but grew up a Chelsea fan and is good friends with several of Lampard’s squad, including Tammy Abraham and Callum Hudson-Odoi.

The FedEx Cup is underway in New York with the biggest names in golf gunning for victory. Rory McIlroy will be desperate […] 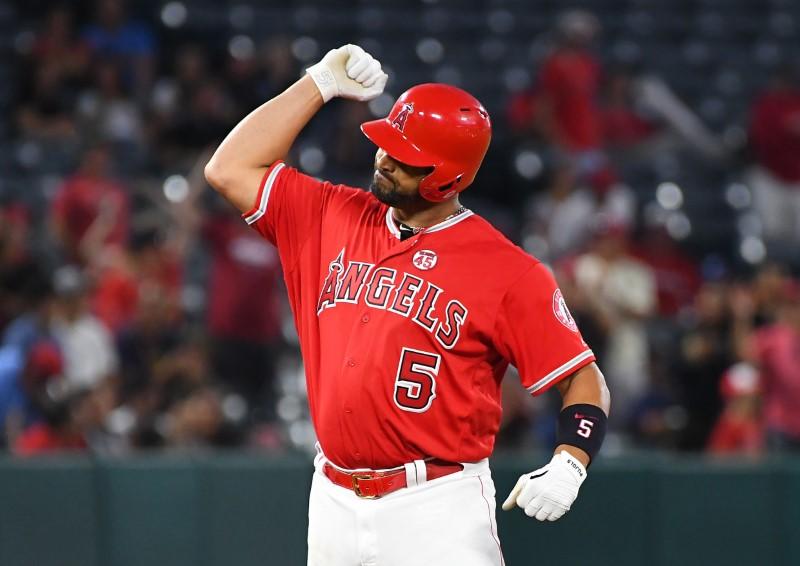 E ngland’s Test series against West Indies and Pakistan look ever more likely to happen, albeit behind closed doors. We await confirmation […]