WASHINGTON (AP) — President Donald Trump offered a faulty take on the Constitution’s grounds for impeachment Wednesday as he wrapped up a NATO summit marked by his misstatements on several fronts.

Among them, he claimed that he pays no attention to the stock market despite plentiful evidence that he treats that indicator as the pulse of his presidency. Or at least he did, until stocks took a thrashing.

A look at some of his comments from London:

THE FACTS: No, Macron did not back off what Trump had called a “very, very nasty” statement about NATO. He conspicuously stood by it, before the summit, after it and when face to face with Trump in a tense joint news conference. If anything, Macron appeared to relish the provocation he had brought on.

“I do stand by it,” he said Tuesday as Trump looked on. “I assume full responsibility for it,” he said Wednesday. And he tweeted: “The comments I made about NATO prompted a debate among members of the alliance. This dialogue is a very good thing.” He likened himself to an ice-breaker smashing through ice.

Macron characterized NATO as brain dead last month, citing a lack of U.S. leadership and confusion in the alliance about what its fundamental missions should be. He said the U.S. was turning its back on NATO and — in light of Trump’s unexpected announcement in October that he would withdraw troops from Syria — doing no coordination with allies on strategic decision-making.

On Wednesday, Macron mildly praised the summit as “constructive” while emphasizing that the fundamentals that sparked his complaint had not been resolved.

TRUMP: “If the stock market goes up or down — I don’t watch the stock market. I watch jobs.” — remarks during NATO summit after stocks fell sharply Tuesday before rallying Wednesday.

On a good day, he will tweet about it. Otherwise, his rally speeches and White House remarks are laced with references to the market’s growth since he became president. He takes credit for gains and blames losses on other things, like Democrats.

Trump tweeted about the stock market more than a dozen times in November as it repeatedly edged into record highs.

On one occasion, his boastfulness became too much even for him. He tweeted: “Stock Markets (all three) hit another ALL TIME & HISTORIC HIGH yesterday! You are sooo lucky to have me as your President.” Then he added: “(just kidding!).”

THE FACTS: That’s a misrepresentation of the conditions for impeaching a president. The constitutional grounds for impeachment do not require any crime to have been committed. In setting the conditions — treason, bribery or high crimes and misdemeanors — the founders said explicitly that a consequential abuse of office — crime or not — was subject to the impeachment process they laid out.

Months after the 1787 Constitutional Convention, Alexander Hamilton explained in the Federalist Papers that a commonly understood crime need not be the basis of impeachment. Offenses qualifying for that step “are of a nature … POLITICAL, as they relate chiefly to injuries done immediately to the society itself,” he wrote.

As they move toward drafting articles of impeachment, though, Democrats are alleging crimes involving obstruction of justice as part of their case that Trump abused his office.

TRUMP, on his July 25 call with Ukrainian President Volodymyr Zelenskiy: “All you have to do is listen to the call or read the call. We had it transcribed perfectly. But he was — he said, no pressure, no nothing. There was no nothing.” — remarks Wednesday with Conte.

THE FACTS: Trump misleads in suggesting that Zelenskiy didn’t have any concerns about the call. Nor was the call “transcribed perfectly;” only a rough transcript was released by the White House.

While Zelenskiy initially said there was no discussion of a quid pro quo, he said in an interview Monday with Time that Trump should not have blocked military aid to Ukraine. Zelenskiy also criticized Trump for casting the country as corrupt, saying it sends a concerning message to international allies.

“Look I never talked to the president from the position of a quid pro quo,” Zelenskiy said. “But you have to understand. We’re at war. If you’re our strategic partner, then you can’t go blocking anything for us. I think that’s just about fairness.”

On corruption, Zelenskiy said it unfairly undermines support for the country.

“Everyone hears that signal,” he said. “Investments, banks, stakeholders, companies, American, European, companies that have international capital in Ukraine, it’s a signal to them that says, ‘Be careful, don’t invest.’ Or, ‘Get out of there.’”

It’s true that in early October, Zelenskiy had told reporters “there was no pressure or blackmail from the U.S.” But he did not state Trump had done “nothing” wrong, even as he let his criticisms simmer before surfacing them.

In any event, Zelenskiy knew months before the call that much-needed U.S. military support might depend on whether he was willing to help Trump by investigating Democrats.

EDITOR’S NOTE — A look at the veracity of claims by political figures.

Associated Press writers Sylvie Corbet in Paris and Darlene Superville in Washington contributed to this report. 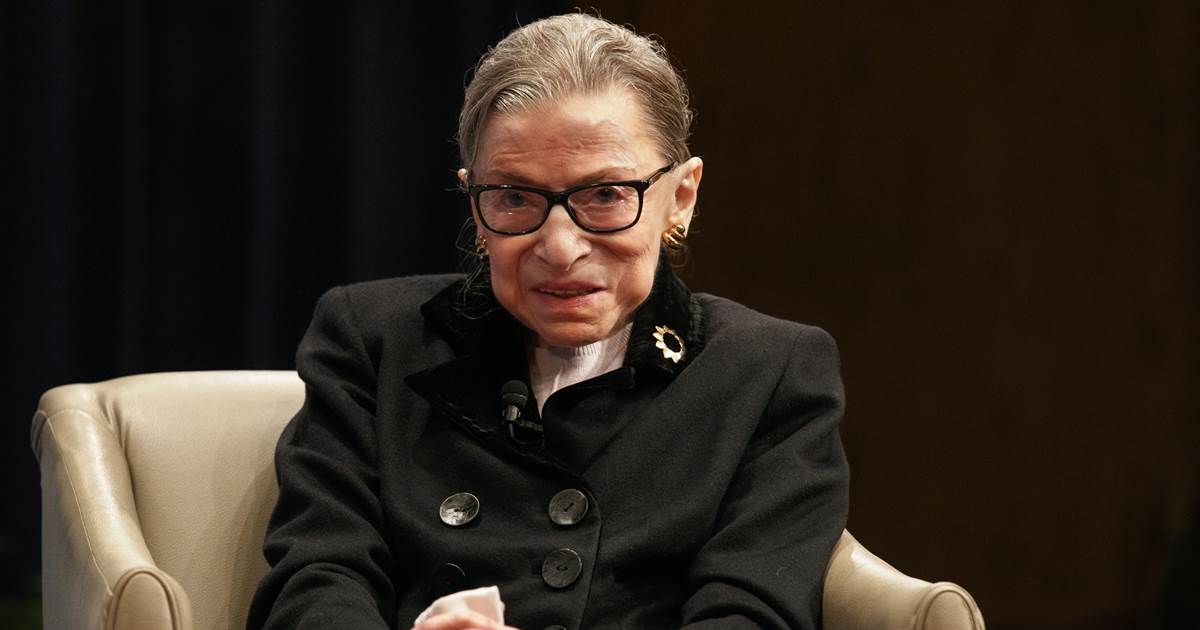 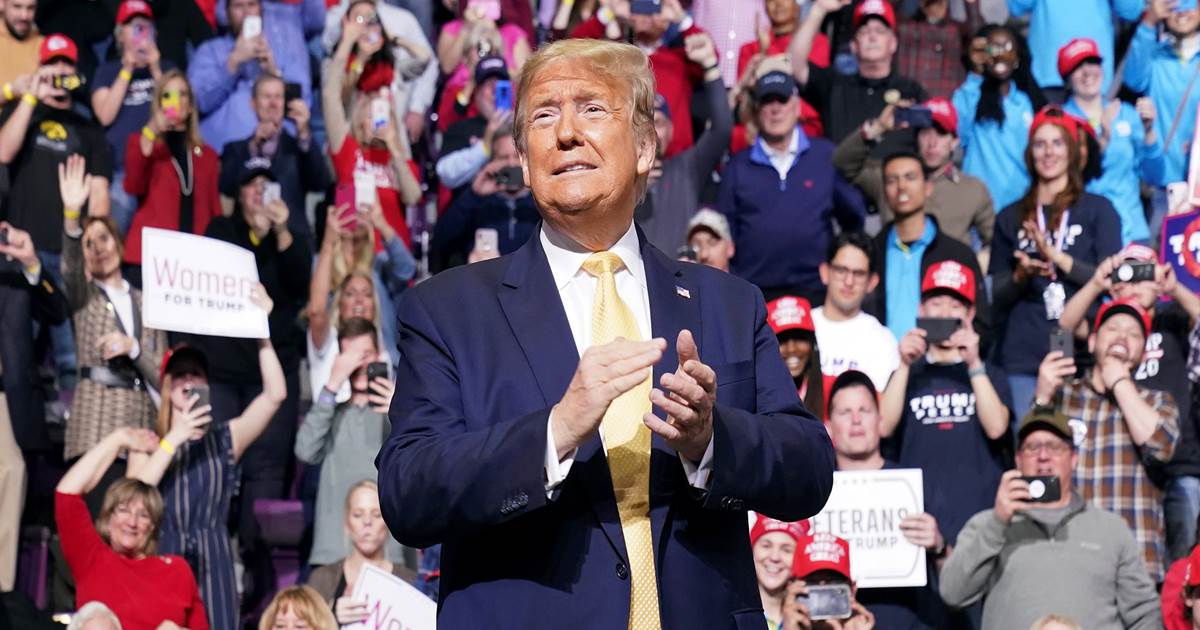 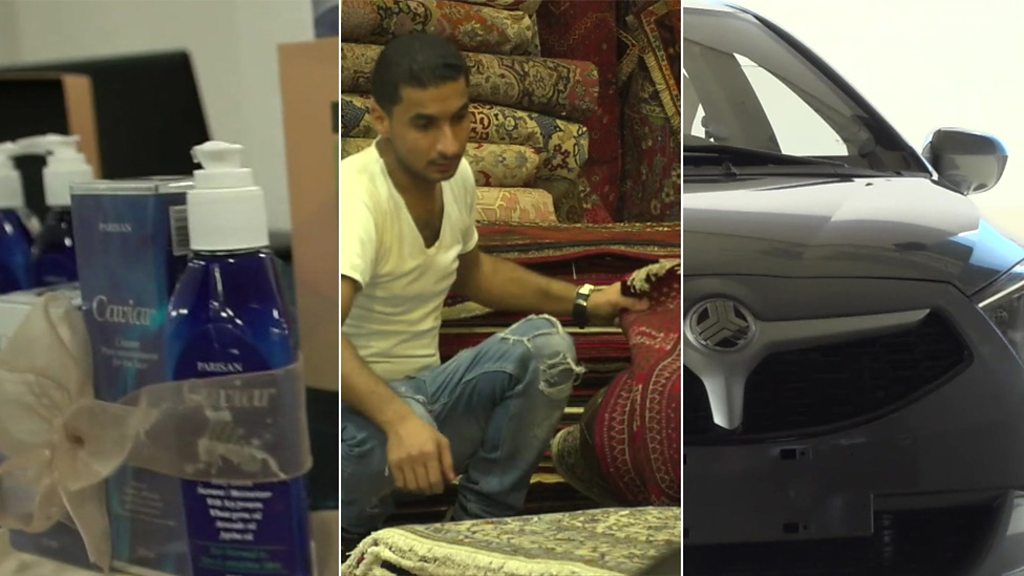 Media playback is unsupported on your device Media captionMartin Patience reports from Lebanon, where Iranians are already feeling the effects of the […] 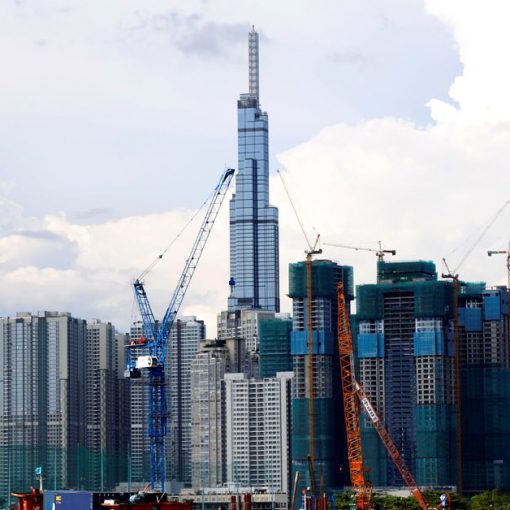