As PC gamers we’re used to running into big problems with our games: crashes, freezes, conflicts, game-ending bugs, and major performance issues. But sometimes it’s the little problems that irritate us the most. A minor issue can pop up and, over time, turn into a major headache in what is an otherwise fun and enjoyable gaming experience.

It could be something as simple as a small issue with a game’s audio, loading screens that just take a bit too long, or a tiny, occasional hiccup in your framerate that nags at you like a persistent mosquito, slowly stressing you out until you’re a seething ball of rage. And sometimes we spend more time trying to solve this one little issue than we do playing the game, leading to even more frustration.

Which brings us to our question this week: What minor issue completely ruined an otherwise great game for you? You’ll find our answers below and we’d love to see yours in the comments.

I had a lot of fun goofing around Remedy’s Kafka-does-the-X-Files spookhouse, or at least I did until it was undone by the true enemy: persistent stuttering. And before anyone jumps in with their voodoo fix, trust me, I tried them all. Some helped a little, but none eliminated the periodic microstutter that left me never able to truly relax into the game’s rich stew of telekinetic combat and bonkers conspiracy lore.

In the end I had to switch down to DX11, saying goodbye to all the fancy (and frame-rate-hogging) ray-tracing. And still it wasn’t smooth. Eventually I found myself holding my breath waiting for the next hitch. The stutter haunted me like Poe’s Tell-Tale Heart heart but in the form of an unignorable performance issue. I know that the problem is really with me. That a normal person would be able to overlook such a small issue and appreciate the overall experience. But reader, I am not wired that way. And I suspect neither are you.

I was really excited for this game, but when I finally got my hands on it, all the dialogue in cutscenes was just a second out of sync. It may seem like not that big a deal, but as any student of comedy knows, when it comes to gags, timing is everything—this bug totally ruined that. It bothered me so much that I ended up putting the game down completely shortly after the first mission.

For months I kept an eye out for patches, loading up the game fresh each time one installed and finding to my disappointment the problem persisted. As I recall I even made some angry posts on the Steam forums, raging about the devs cruelly failing to fix this obviously crucial bug.

Of course, it turned out to be my fault. My PC at the time was overclocked, and somehow that was making the game run slightly faster than the audio could keep up with. I turned down my settings and it worked fine. Sigh.

I used to play games on a 486SX that ran at a whole 25 MHz, so I have a high tolerance for performance issues. That said, I won’t play any of the modern Total War games on a PC without an SSD. The loading times are ridiculous otherwise, and there’s a lot of loading when you’re switching back and forth between the campaign map and individual battles.

At the end of The Elder Scrolls 2: Daggerfall, the narrator tells the tale of how you saved the world and what happened as a result of the choices you made. But something went funky with my audio when I reached the endgame, so all I got was a roaring static noise, and since there were no subtitles I had no idea wtf happened. My moment of triumph, stolen away by a loud:

“Ruined” is probably overstating it, but man, I was pissed.

James Davenport: Getting schooled by a pre-teen in Mortal Kombat

So it’s not a performance issue with the game itself, necessarily, but a problem with the invisible logic of existence, a personal performance issue. There was a period of time in which I was pretty damn good at Mortal Kombat. MK9 roped me back in, and as a fresh college graduate, I had a bit of spare time to practice. It was this whole thing, a void of time suddenly open to me, the first opportunity to think about and practice anything besides school: I’ll get good at a fighting game, I thought. I watched all the YouTube tutorials, studied professional matches, practiced combos on a fancy arcade controller. I was good.

But my friend’s nephew dragged my ass through the dirt, the button masher from my worst nightmares. I’ve loved and lost, I’ve tripped and busted my head on the pavement, I watched my dog die. Nothing really feels as bad as an 12-year-old kid—a voice cracking, next summer’s acne invisibly vibrating in the air around him, a tiny head on a pile of long and thin limbs, their stupid fucking face—beating you, no sweat, at a fighting game. Kid just mashed. All my practice, wasted. You can’t predict the devil’s next move. I knew that I could take my skills to a grounded competitive scene and have fun, feel validated. But just knowing all it takes is an open-palm slap to undo months of work? Nah. Fighting games are over for me.

In playing the Witcher 1 Enhanced Edition years ago I was constantly at odds with its skills screen. Every time I had points to spend on upgrading Geralt’s abilities I might as well have rolled a die to find out if I’d get stuck in the game’s menu. At least 1/3 of the time I tried to level up or meditate I’d find everything on the screen unclickable. The Witcher would refuse to respond as if the game itself were roleplaying as its stone-faced protagonist.

Eventually I’d either force quit to desktop or click furiously enough times that the menu would wake up and remember its one job. Times when I could open the skill menu and have no trouble at all were so few and far between that I remember being actually excited that it worked. It didn’t ruin the entire game for me, but if you ask me about The Witcher on any given day I can guarantee this is the first thing I’ll mention remembering about it.

Joanna Nelius: The same old map in Dead by Daylight

Not a performance issue, but a design one. I would get put into the game map every time, a slaughter farm-esque arena with generators and big meat hooks dripping with blood. There wasn’t a way to select which map you wanted to play outside of a private match. It’s totally random, or supposed to be anyway. (Actually, I last played Dead by Daylight so long ago, I don’t think there were many maps to begin with.)

The first several times I played a match I got put into the same map, which got old real fast. The game has evolved since then, adding new maps as DLC content, but the only way you can increase your chances of getting a certain map is to use an offering, which are specific objects thrown into the campfire to convenience The Entity to give you what you want. Cool concept, but there’s still an issue with getting the same map over and over again, even when you use an offering and have all the DLC content. I’m not sure how the game’s matchmaking process works, but it seems like if you get matched with someone who only has the base game, you’re going to get put into the same map no matter what.

So, long story short, I stopped playing Dead by Daylight because it got repetitive in a not-so fun way.

For a while, while playing Destiny 2’s framerate would, for lack of a better word, hiccup. This wasn’t performance-related either: no matter where my character was, or what I happened to be doing, the framerate would hitch every few seconds, but would still register as 60 FPS. I think I even nuked my windows installation from orbit in an attempt to rectify the situation but to no avail.

This is admittedly one of the larger caveats of PC gaming, as you can spend just as much time trying to rectify some minor issue as you can actually spend with the game itself.

I’d truly love to spend more time in GTA Online, but the process of joining a session is always a frustrating one for me. It’ll seem like I’m in but I’ll get that overhead view of the city and the camera will just hang there for ages as it continues searching for a session. Eventually it’ll give up and kick me into singleplayer mode for maybe one whole second—just enough time for the camera to find Michael in the city—at which point it will yank me back up to the sky again and then deposit me in GTA Online properly. Once I’m in, it runs great and I have a good time playing, but the long wait and brief dump into singleplayer mode is excruciating. 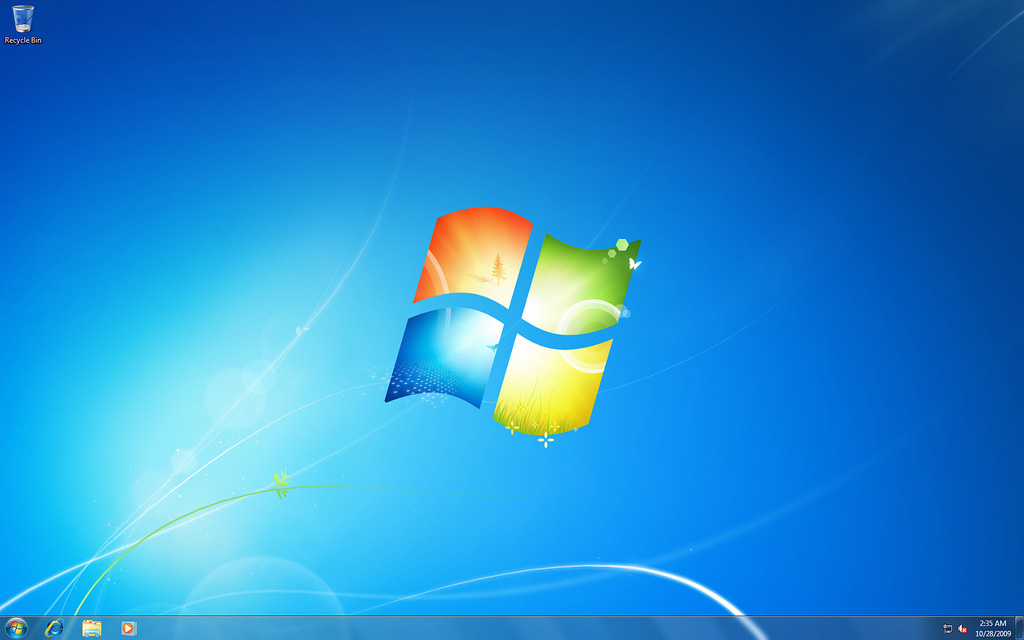 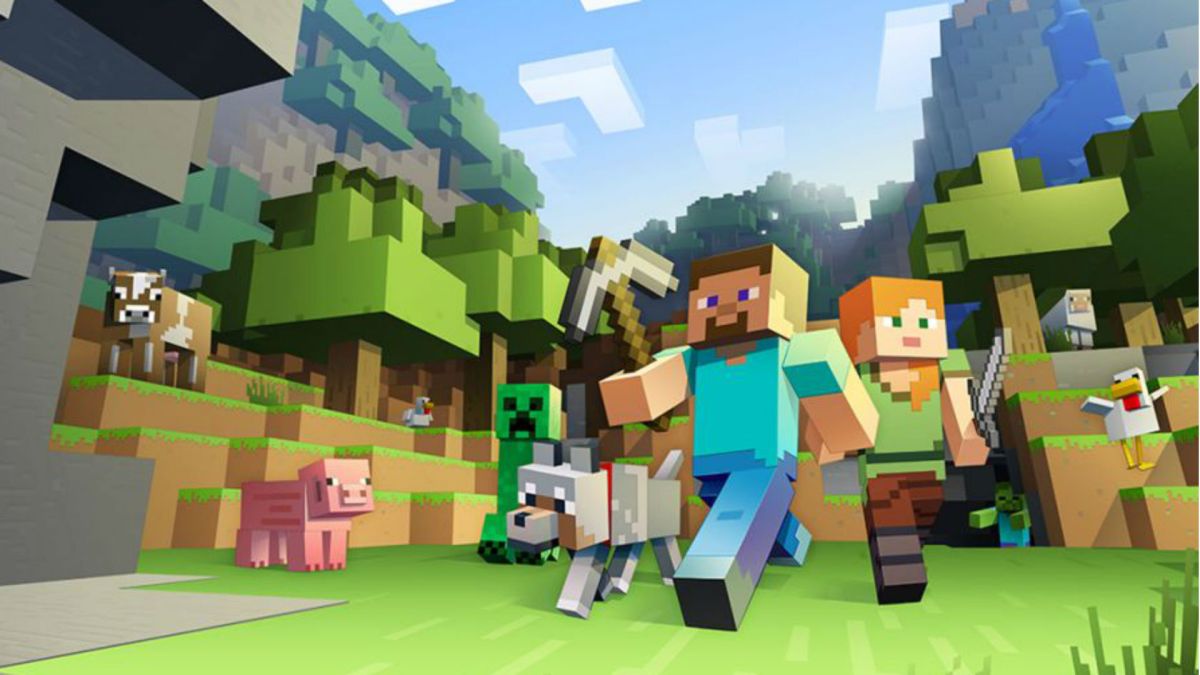 With schools shutting down all over the world due to the coronavirus outbreak, Microsoft is adding a new category to the Minecraft […] 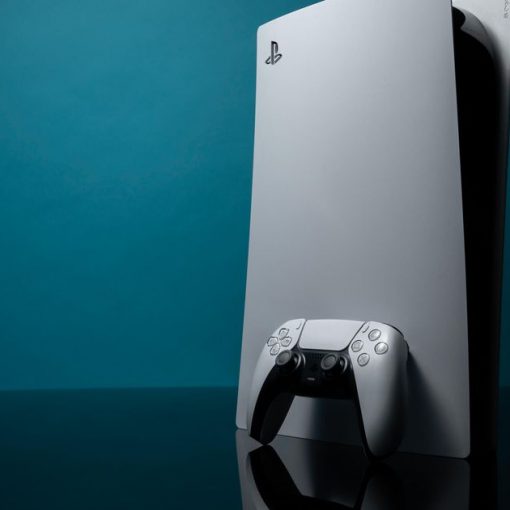 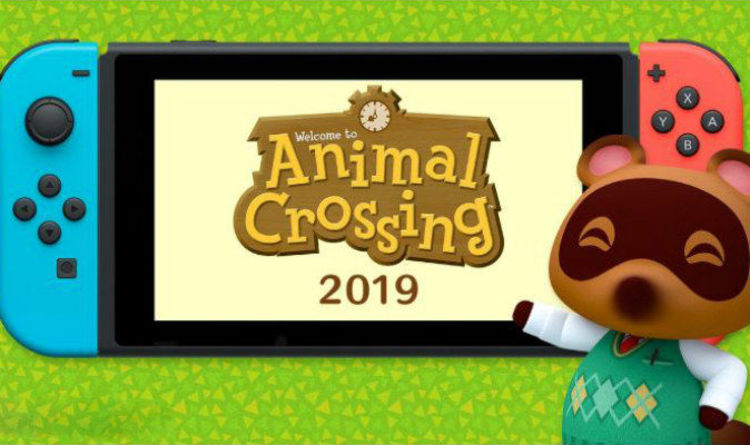 Confirmed at the end of today’s Nintendo Direct live stream, it was revealed that the beloved franchise would see a new instalment […]