SEOUL, South Korea (AP) — North Korea said Tuesday it won’t consider a recent U.S. decision to postpone a joint military exercise with South Korea a concession that can bring the North back to nuclear talks.

Senior North Korean official Kim Yong Chol said the U.S. must completely scrap that military drill and abandon its hostility against his country if it wants to see the resumption of the nuclear negotiations.

Kim’s comments were the first direct response to an announcement Sunday by U.S. Defense Secretary Mark Esper and his South Korean counterpart that the allies have indefinitely postponed the Vigilant Ace training in an “act of goodwill” toward North Korea. The moves were regarded as an effort to convince North Korea to revive the nuclear talks that largely have stalled since the February collapse of a summit between President Donald Trump and North Korean leader Kim Jong Un.

“The U.S. tries to make a good impression as if it contributes to peace and stability on the Korean peninsula, describing the suspension (of the aerial drill) as ‘consideration for and concession’ to someone,” Kim Yong Chol said in a statement carried by state media. “But we demand that the U.S. quit the drill or stop it once and for all.”

North Korea wants the United States to lift international sanctions on it, provide security guarantees and make other concessions in return for abandoning its advancing nuclear arsenal. The February summit in Vietnam, the second such meeting between Trump and Kim Jong Un, fell apart after Trump rejected Kim’s demand for sweeping sanctions relief in exchange of dismantling his main complex to produce nuclear ingredients, a limited disarmament step.

But senior North Korean Foreign Ministry adviser Kim Kye Gwan said Monday his country has no interest in giving Trump further meetings to brag about unless it gets something substantial in return.

In his Tuesday statement, Kim Yong Chol also accused the U.S. of trying to buy time as a North Korea-set deadline for Washington to work out new proposals by year’s end is approaching.

“The U.S. should not dream of the negotiations for denuclearization before dropping its hostile policy toward” North Korea, he said.

Kim Yong Chol is one of Kim Jong Un’s close associates who led nuclear diplomacy with the U.S. and travelled to Washington twice before the failed February summit. AURORA, Ill. (Reuters) – More than 2,000 people braved icy rain in sub-freezing temperatures in Illinois on Sunday for a vigil paying […] Protests initially ignited by the May 25 death of George Floyd at the hands of Minneapolis police continued over the weekend, as […] 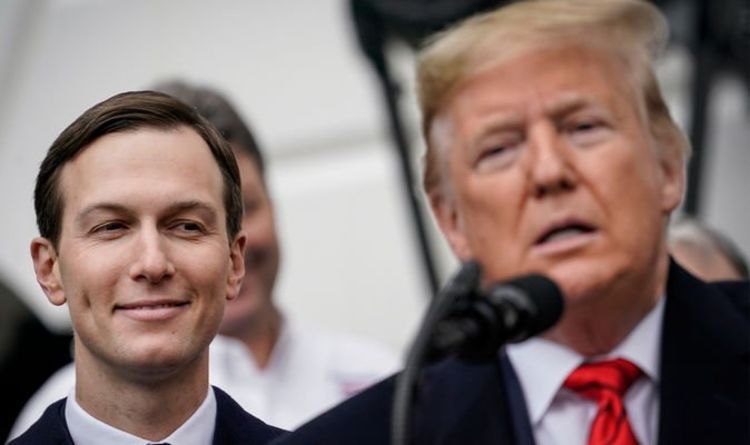 Both Ivanka and Jared are now senior advisers to the President – for women’s issues and strategic planning respectively. However, they have […]